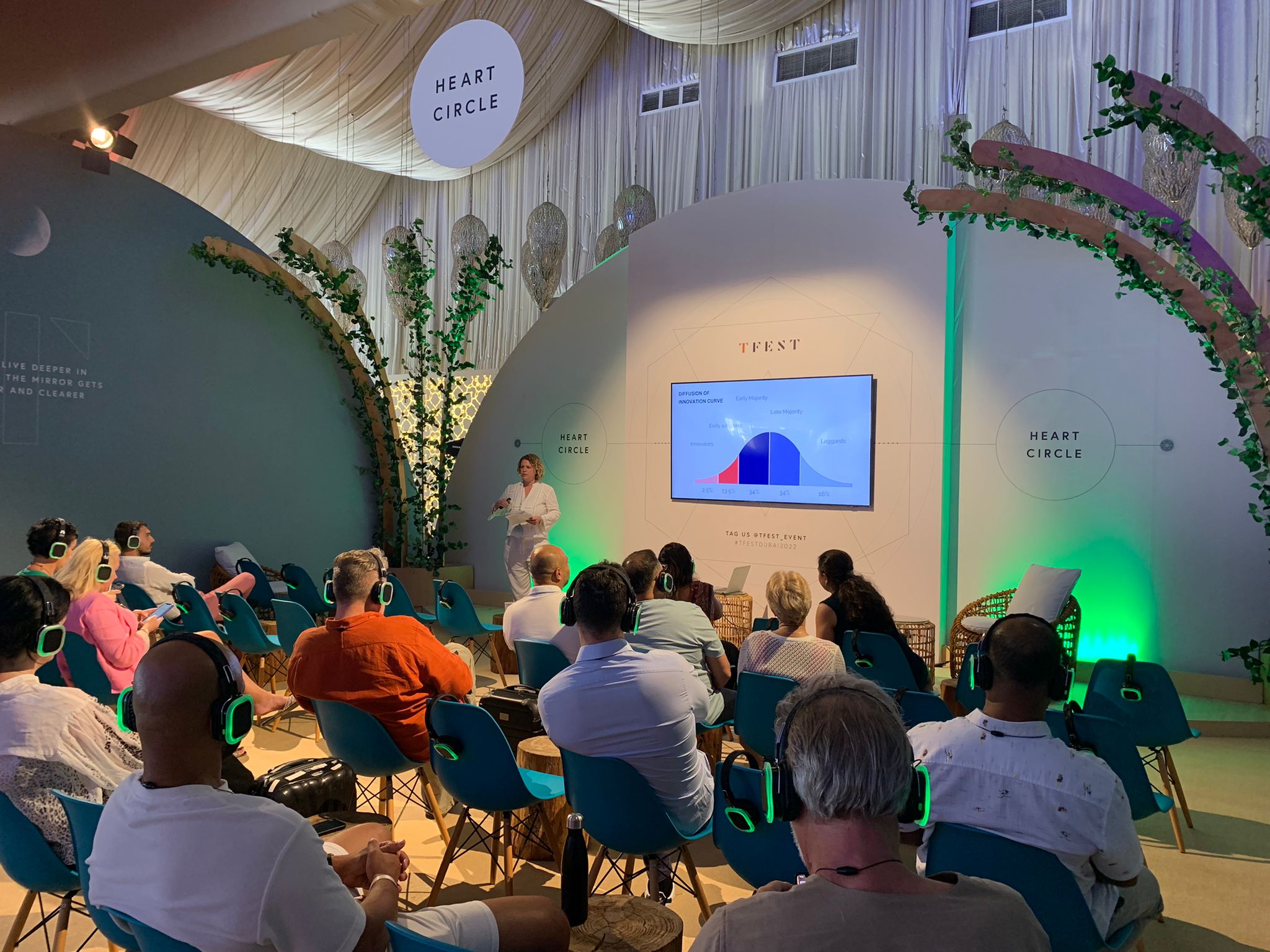 Globetrender explores the future of luxury travel at Tfest

The third edition of the annual Tfest ‘unconference’ for travel industry industry buyers and exhibitors, this time it was held at Atlantis the Palm in Dubai. Next year, it will be hosted at the new Fairmont Mayakoba hotel in Mexico from May 7-11.

So what makes it an “unconference”? Unlike other trade shows and corporate forums, Tfest combines power meetings with an array of stimulating talks, workshops, wellness experiences in the “Zen Den”, and activities such as paddle boarding, drum circles, tarot readings, dream catcher crafting and cacao ceremonies. 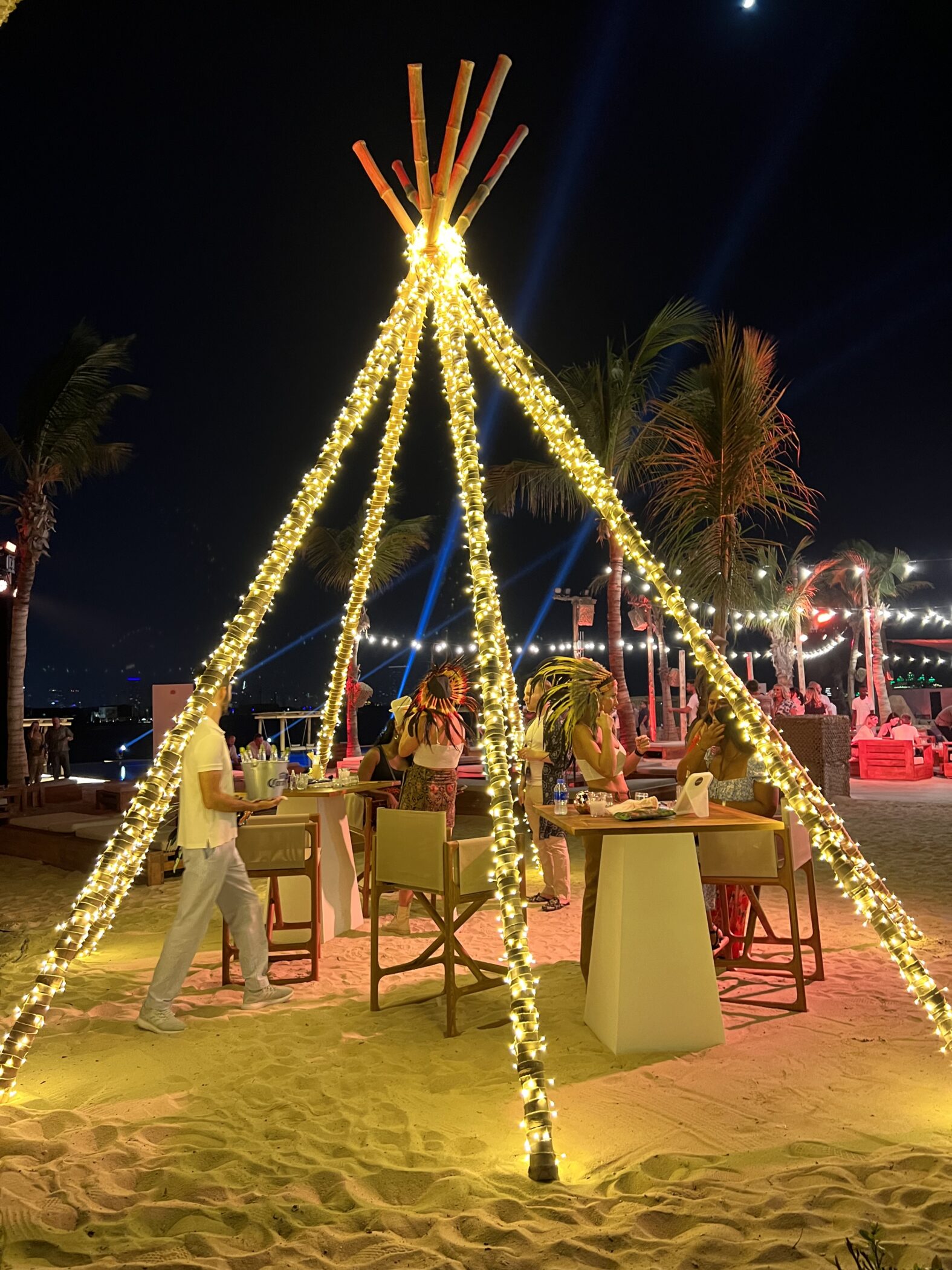 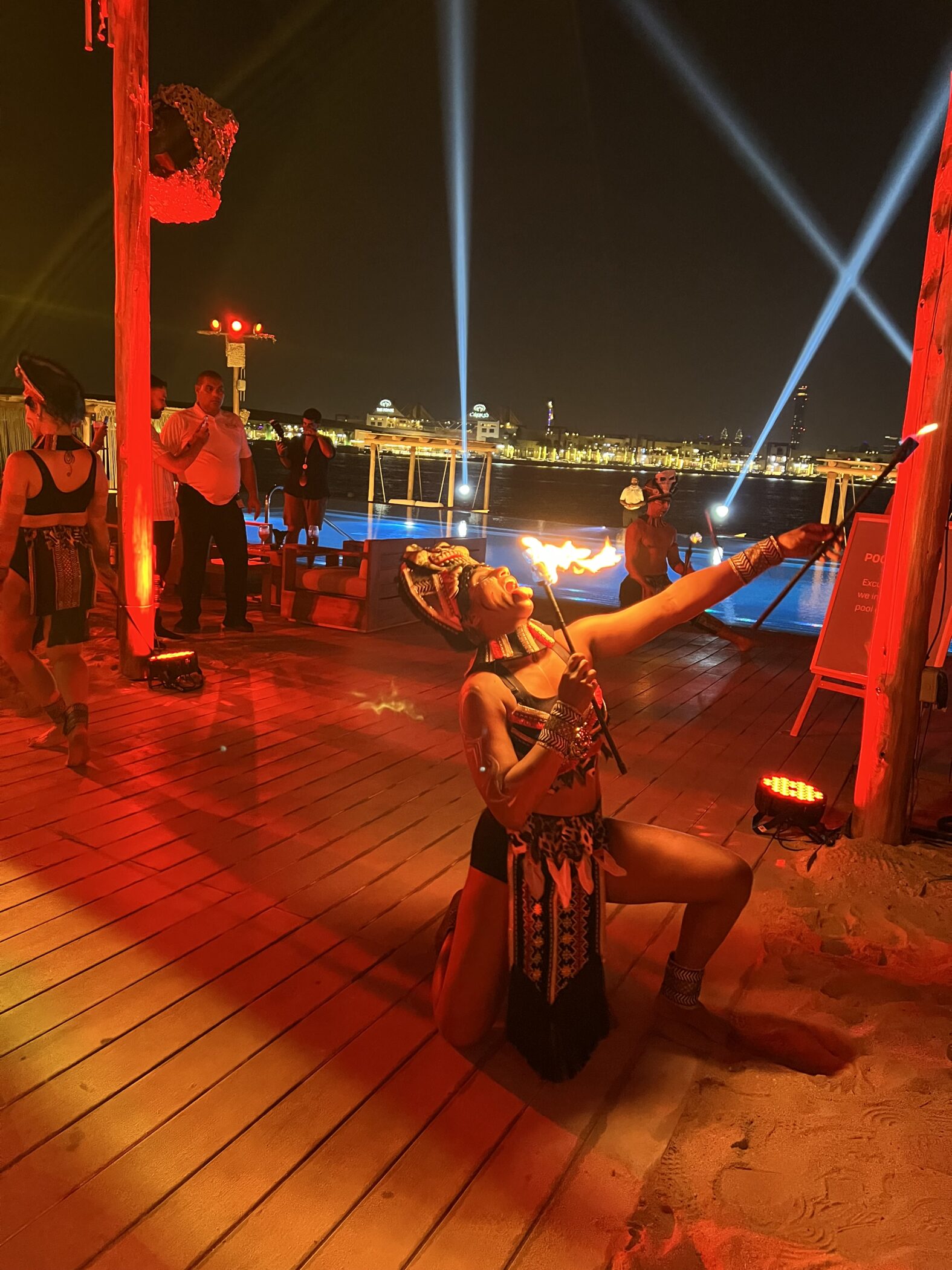 In the evening there are lavish parties that take place in different locations – there was a Bedouin-themed gathering in the desert, a raucous pool party at Nikki Beach and a chilled pow-wow in the garden of the Waldorf Astoria. 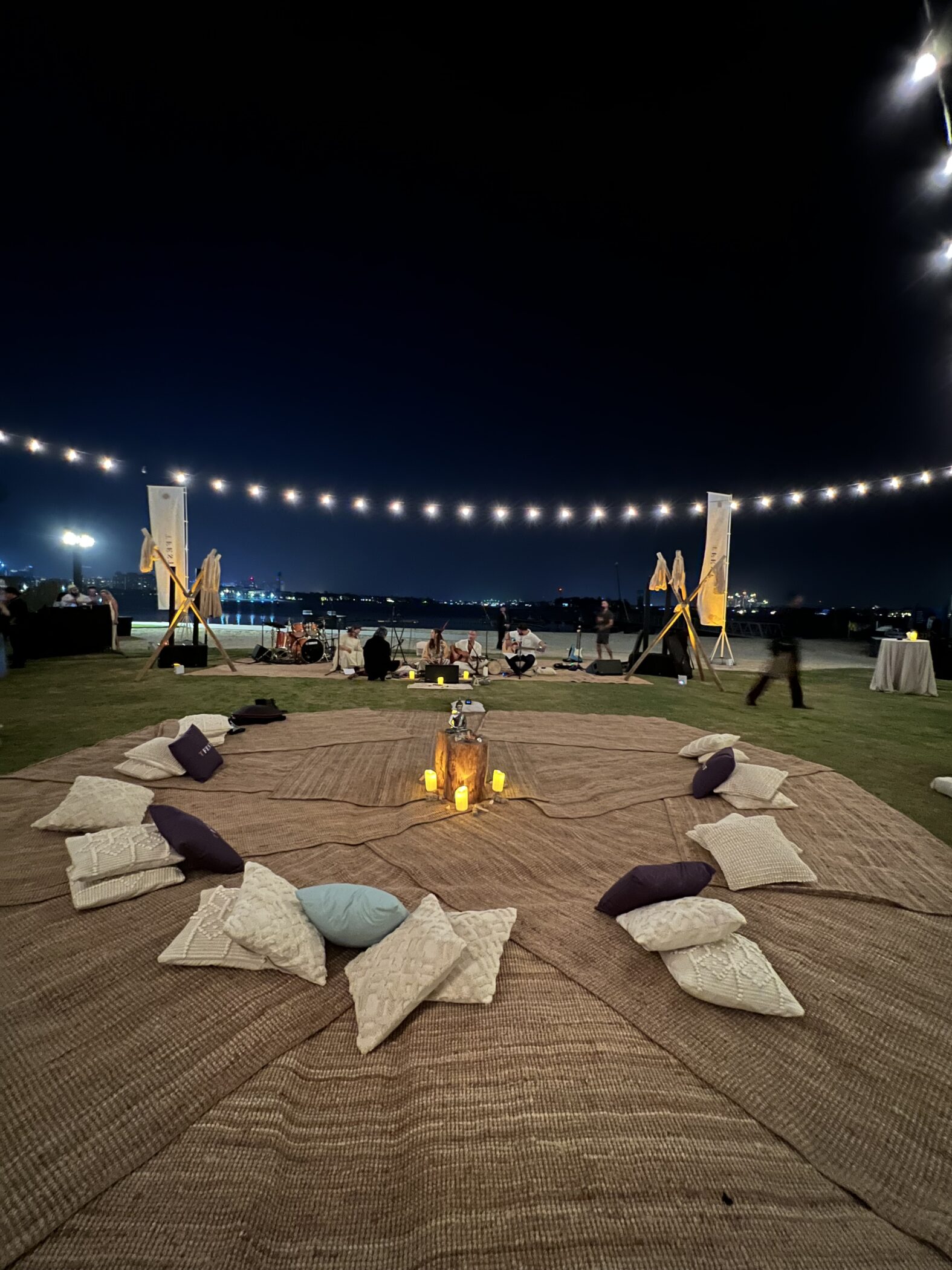 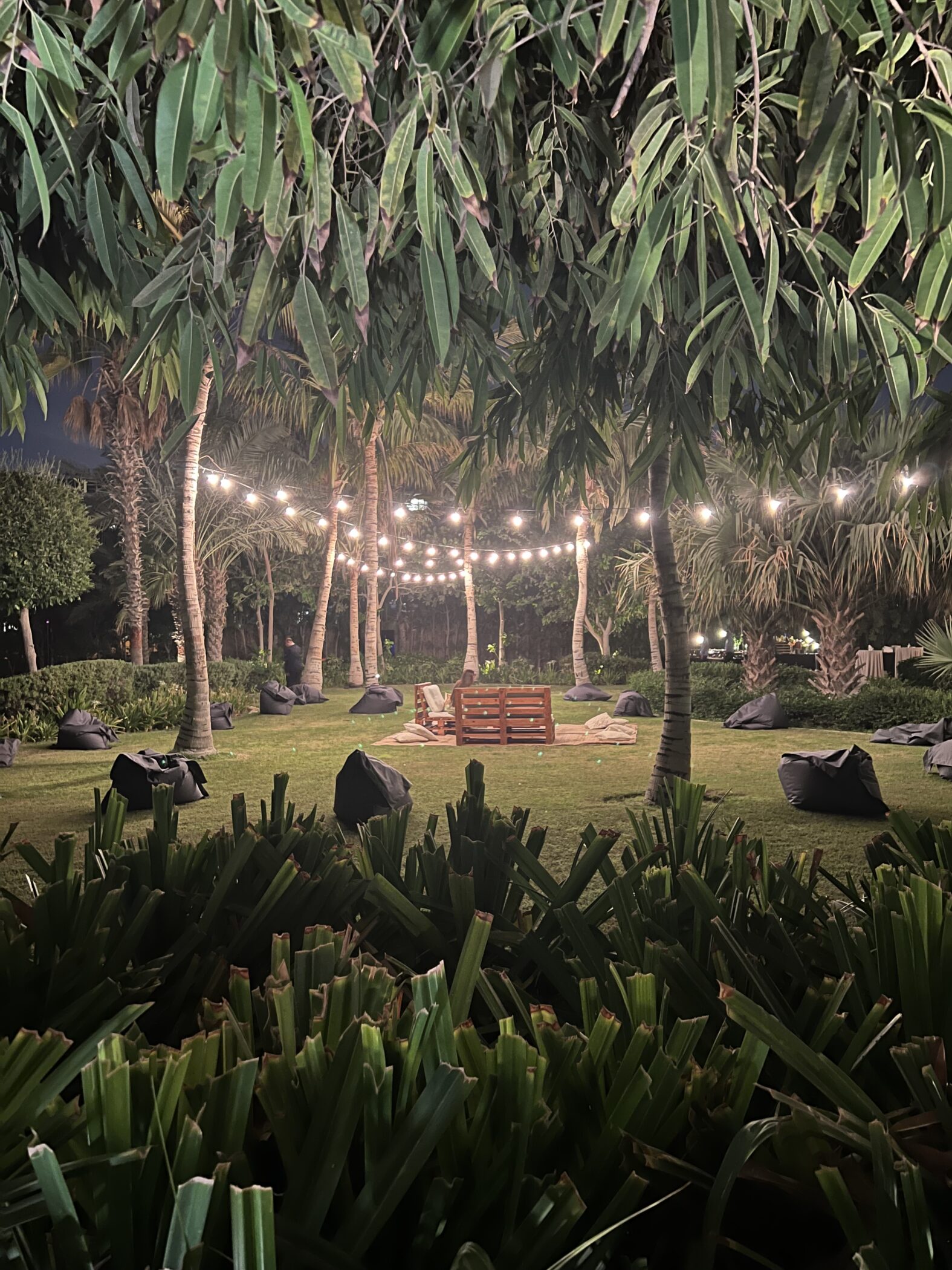 Organised by Private Luxury Events, founder Peter Gould also owns an innovative company called Rendezverse, which designs “digital twins” of hotels and event spaces for the metaverse. The idea is to allow clients to “try before they buy”.

At Tfest, delegates were all able to experience a demo of the technology using VR headsets (I was impressed – although it was quite disorientating). Some of the properties Rendezverse has designed meta replicas of include Atlantis the Palm and Intercontinental Paris le Grand.

As mentioned before, TFest is a luxury travel show that is all about making human-to-human rather than business-to-business connections. Complementing the mission of Rendezverse, Private Luxury Events says it utilises technology to “help make stronger connections and better relationships”, rather than trying to use it to replace the need for in-person meetings.

At Tfest, delegates are invited to curate their own unconference agenda via a dedicated app called Wyred, that allows them to pick and choose what sessions they attend. It made the whole experience feel seamless and stress-free. 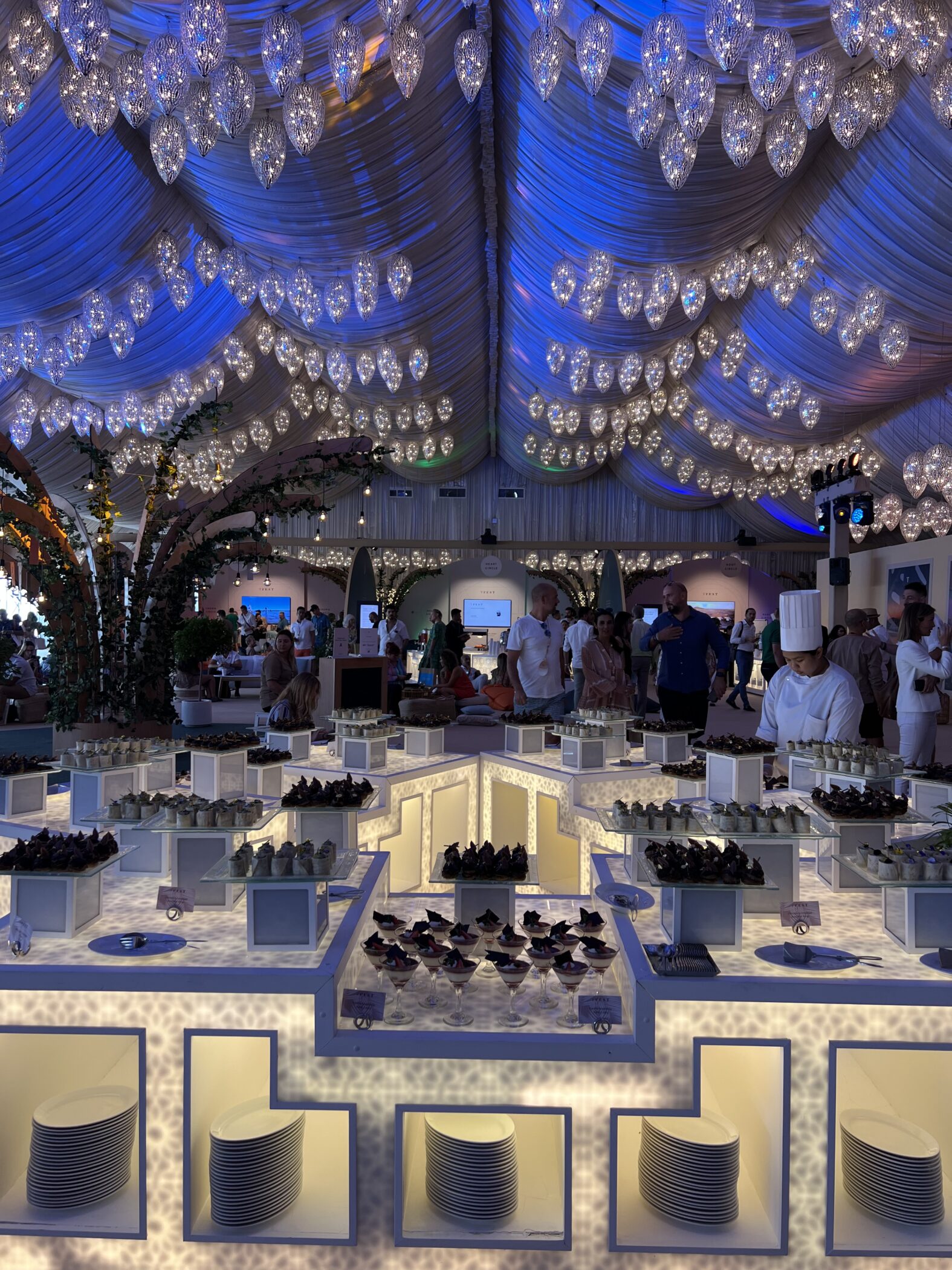 I signed up for a session called “Healing your relationship with money”, watched a seriously impressive “mind reading” performance and made a bracelet. I also attended talks from expert speakers on “How to go viral on You Tube”, “How to be unforgettable”, “How to biohack your flight”, and why “Radical Sabbaticals” are growing in popularity.

The combination of spirituality, health and personal development is a response to a new generation of Millennial professionals for whom work and lifestyle has melded together as one. It is no longer so acceptable to separate “working hard” from “playing hard”, and that cycle of hard drinking that often follows a day of networking. 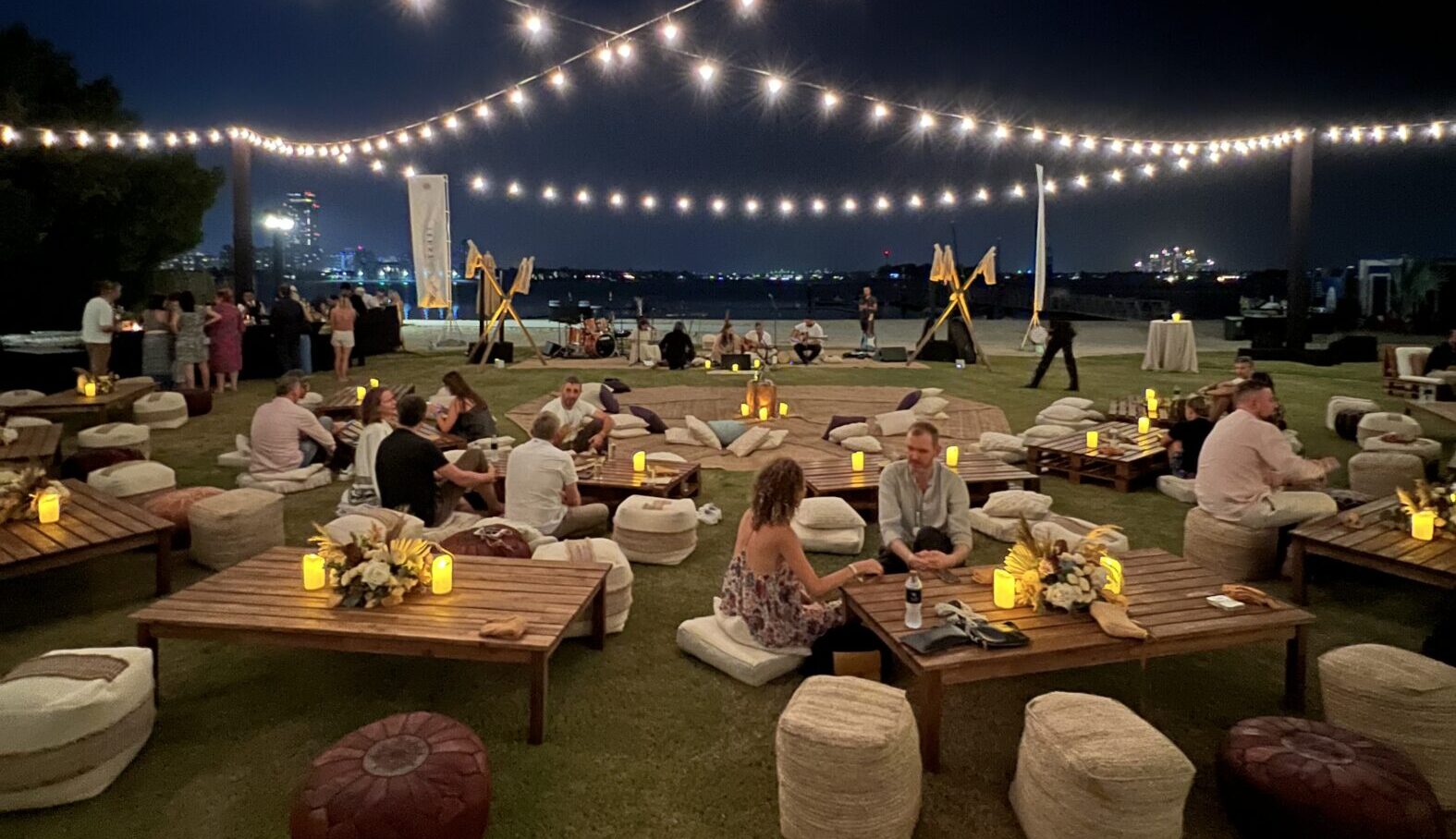 By integrating business and betterment, work can become a pleasure. Typically, a three-day conference would leave delegates feeling drained, hungover and exhausted. I came away from Test feeling inspired and invigorated, and that I had invested my time well. Surely, this is the future of events? 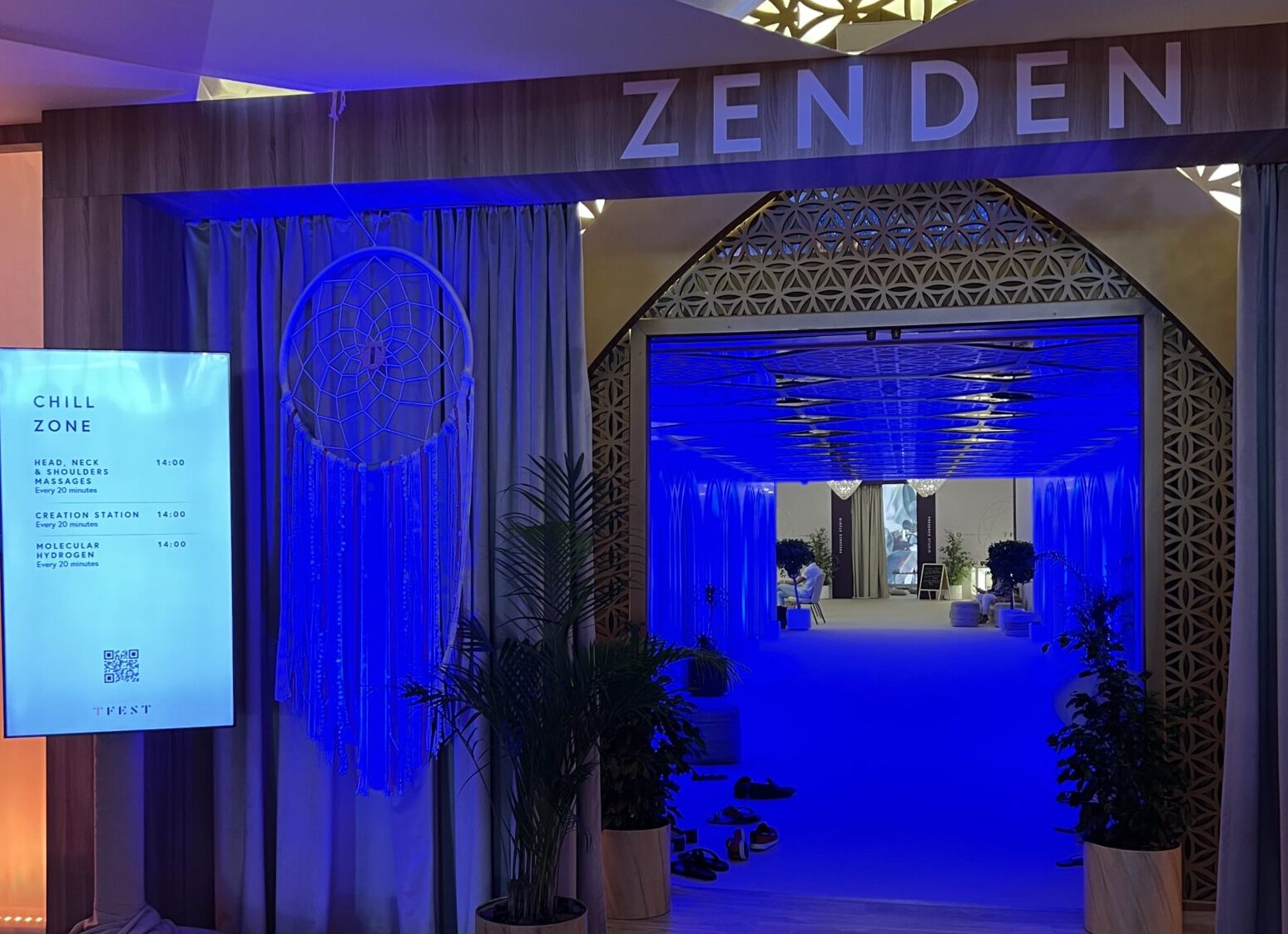 Christy Kuplic, managing director of Private Luxury Events, says: “TFest is about connecting people and having an experience like no other. It is a joyful celebration of luxury travel, creative passion, and personal growth. We want people to have the best time while growing their business. The future of luxury travel is changing. It’s all about creating bespoke experiences that are right for each individual.”

What about the emerging luxury travel trends that Globetrender spoke about? There are three “macro trends” that we predict will define travel in 2023: Asia Reopening, Long-Term Planning and Sky-High Prices.

We have also identified eight key trend drivers that will have an impact on the future of luxury travel over the remaining decade: Climate change; war and civil unrest; political polarisation; mass migration; entrepreneurship and remote working; Generation Alpha (children born between 2010 and 2024 – meaning that by 2030, the oldest will be 20 and the youngest will be six); Web3; and the ultra-high net-worth boom.

According to Credit Suisse, the number of people in the UHNW bracket has increased by more than 50% over the past two years. And in Singapore, it’s estimated that 13% of the population will be millionaires by 2030, boosting its status as a global hotspot for the rich. 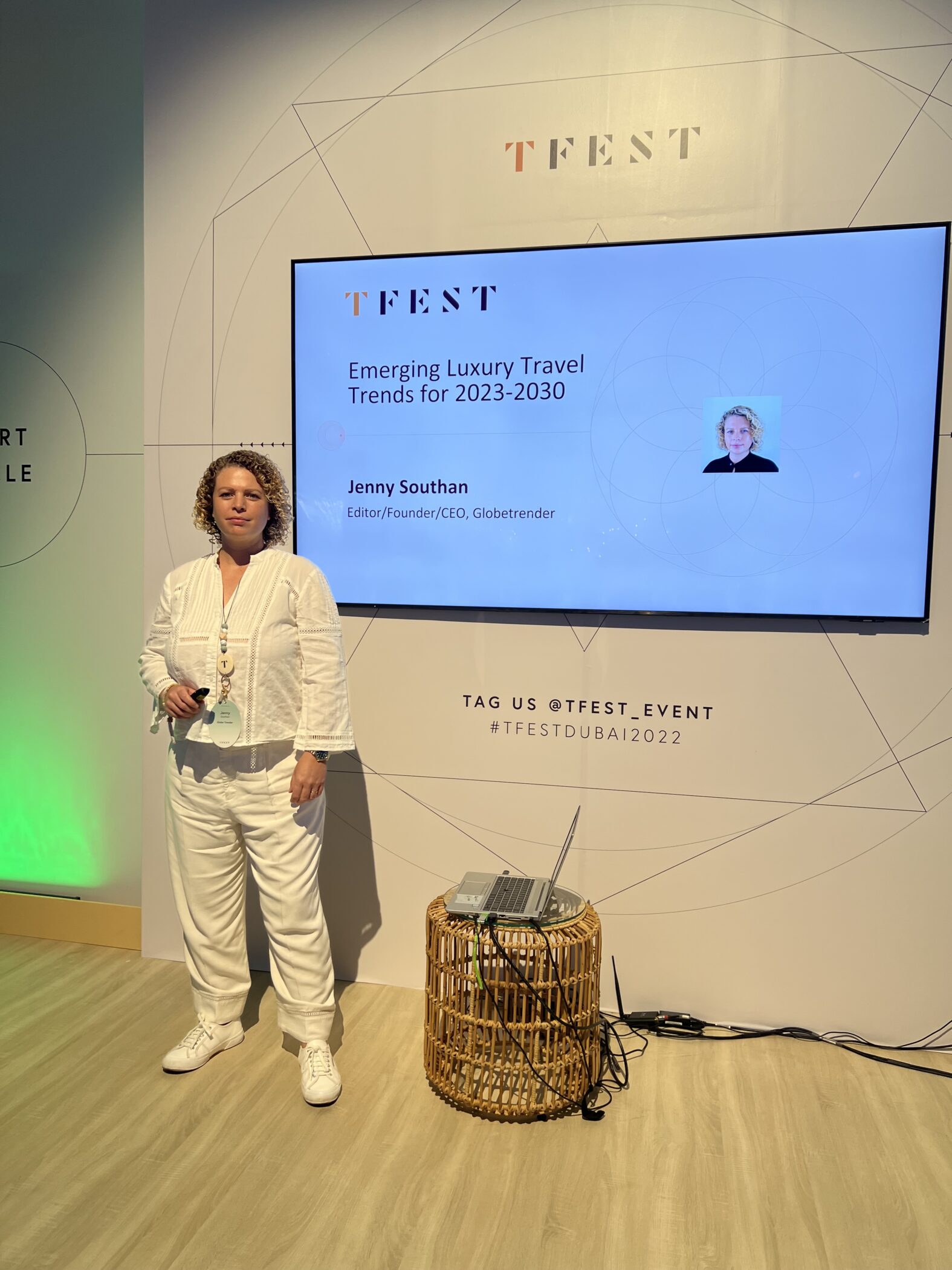 Suborbital Joyrides is a trend Globetrender named to describe a specific type of space tourism that does not see vehicles go into orbit. The idea is that flights give passengers time to experience weightlessness and see Earth from above at the point that divides ‘air space’ from ‘outer space’, at 50 miles up.

Although environmental and social campaigners have their concerns, the continued success of sending civilians into space will inspire thousands of high-net-worth individuals around the globe to add ‘becoming an astronaut’ to their bucket list. What’s more, the opportunities – even for terrestrial travel companies – are limitless.

Space tourism is the ultimate elite travel experience. It also offers high levels of prestige and kudos for people daring enough to get on a rocket – or a balloon capsule.

Space Perspective, for example, offers a really interesting proposition because the idea of a peaceful, six-hour cruise – complete with a champagne bar – sounds much safer and more enjoyable than being blasted to the edge of space at high speed.

Space Perspective is currently taking reservations for 2025, with tickets costing US$125,000 per person. So it’s also cheaper than flying Virgin Galactic, which now charges US$450,000.

A whole industry is going to grow around space tourism – from space agencies such as Stellar Frontiers, to training camps from the likes of French company Orbite.

Next year, a reality TV show called Space Hero will see citizens competing to be sent to the International Space Station. In preparation, Space Villages are being built in ten destinations around the world that will accommodate fans, contestants and tourists.

A sub-trend of Clean Flying, Aerial Taxis will soon mean wealthy people no longer need to traverse cities by road. Instead, they will be taking to aerial highways, just like in the film Blade Runner.

In just a few years, look up at the sky and you will see sci-fi fleets of battery-powered eVTOLs whizzing overhead. To accommodate these new urban aircraft, vertiports will be built on rooftops, multi-storey car parks, above train stations and at airports for seamless connections.

Like helicopters, they can rise directly off the ground, which means there is very little space needed for runways. But they will be much quieter and cleaner.

Dubai has already been making headway with making flying taxis a reality. In fact, the first take-offs will be from Atlantis the Palm. Built by a company called Eve Holding, a fleet of 35 aerial taxis will enter the skies above Dubai in 2026.

From Joby Aviation in California, to EHang in China and SkyDrive in Japan to Jaunt Air Mobility in Texas and Urban Aeronautics in Israel, there is a tonne of innovation happening in this space.

Over the next 20 years, Hyundai forecasts the air mobility market to be worth US$1.5 trillion.

At the moment, there are about 320 million cryptocurrency owners globally. The problem is, there isn’t a lot for people to spend their digital wealth on yet. Over the next seven years, this will change.

Bitcoin, the original and most widely known cryptocurrency, was designed with the utopian ideal of creating a peer-to-peer electronic cash system; a global currency that increases financial freedom and is highly secure.

Up until now, cryptocurrencies have existed in a niche subculture of tech savvy investors. However, looking at our diffusion of innovation curve, we can see crypto is now moving beyond early adoption and entering the mainstream.

PrivateFly was one of the first global private jet companies to accept payments via Bitcoin back in 2014, when digital currencies were just getting started. A few years later, Berkeley Travel embraced Bitcoin payments for holidays in 2017.

The company’s CEO explained to Globetrender why they started accepting crypto payments. He said: “Paying in Bitcoin is a quick and hassle-free way of transacting for both clients and us as a merchant. Having an international client database means making bank transfers can become costly and often result in delays. Paying in a cryptocurrency is the fastest way to send funds and can also help consumers to avoid hefty bank fees.”

This autumn, Pelorus started accepting crypto for bespoke adventure travel trips. I have also been informed that luxury hotel club Little Emperors will integrate crypto booking in the near future.