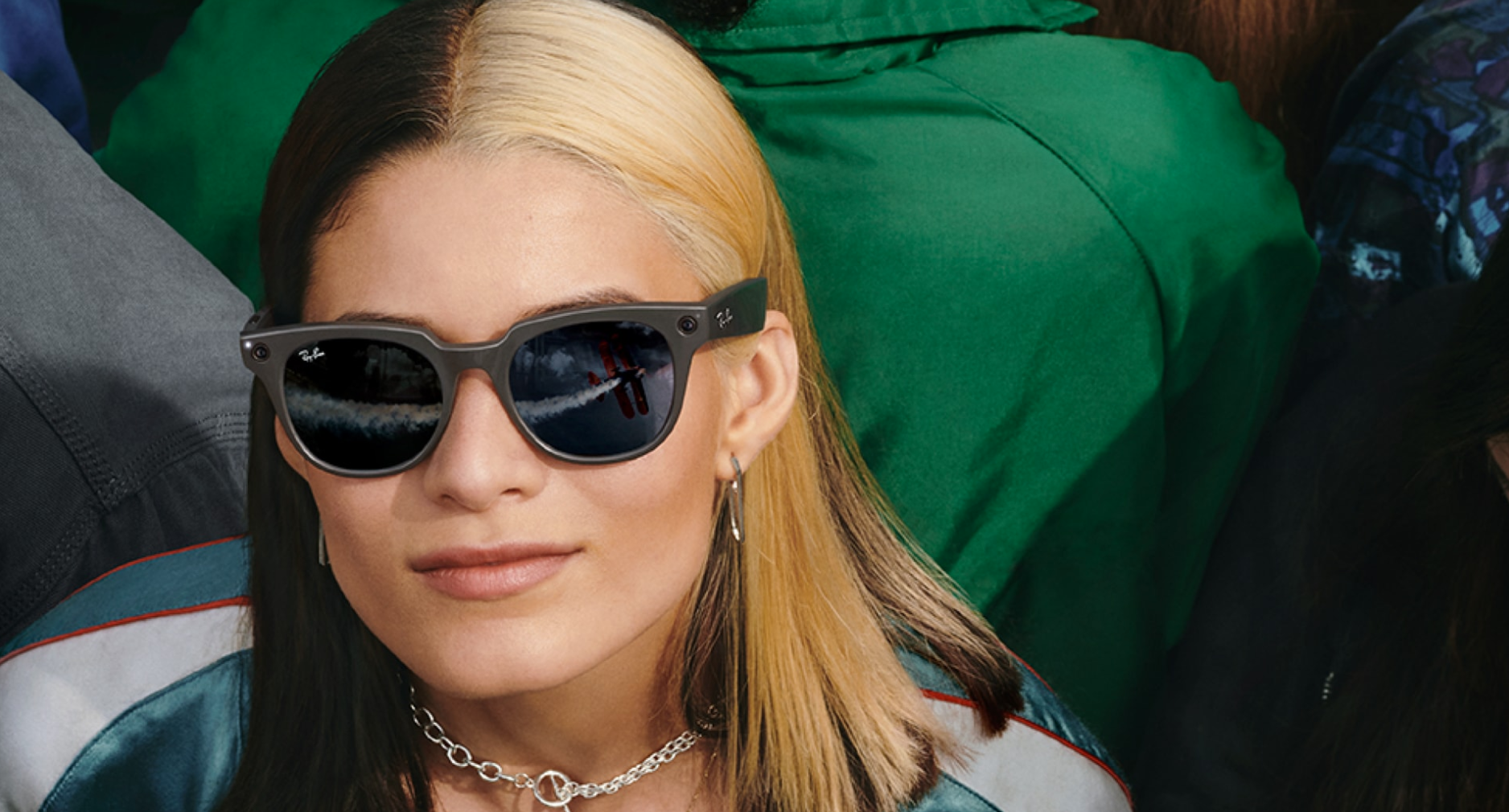 An innovative collaboration between Facebook and Ray-Ban, Ray-Ban Stories sunglasses can take photographs and videos of whatever the wearer is seeing, as well as play music and make phone calls, with sound emitted through tiny hidden speakers.

Starting from £299 a pair, Ray-Ban Stories specs come in five different colourways and three styles including Round and Meteor. Consumers can also choose specific lenses such as sun, prescription, polarised, gradient, Transitions and clear.

Unveiled in September 2021, the sunglasses also have two five-megapixel cameras built into the front of the frames that can be operated by tapping a button on the side to record video or take a picture. Wearers can also say “Hey Facebook, take a video” to activate it hands free.

To warn people that Ray-Ban Stories users are recording or taking photos, Facebook says a small LED light will come on.

Ray-Ban Stories also have hidden microphones and “open-ear” speakers that can play music or podcasts that are only discernable to the wearer. Ray-Ban owner Essilor Luxottica says the sunglasses weigh only five grams more than its usual models.

Most interesting is the fact that Ray-Ban Stories come with a companion app, Facebook View (iOS and Android), creating an “easy way to import, edit and share content captured on the smart glasses with the ability to upload on any social app stored on all smartphones: Facebook, Instagram, WhatsApp, Messenger, Twitter, TikTok, Snapchat and more”.

Why the partnership with Facebook? Apparently the sunglasses are part of the social media giant’s plans to create gadgets that enable people to stay in the digital world without having to get out their phones.

Mark Zuckerberg, the company’s chief executive, says: “This is just the start. Ray-Ban Stories are an important step towards a future when phones are no longer a central part of our lives and you won’t have to choose between interacting with a device or interacting with the world around you.”

Rocco Basilico, chief wearables officer at EssilorLuxottica, says: “We are incredibly proud to bring Ray-Ban Stories to life with our partners at Facebook. This is a milestone product that proves consumers don’t have to choose between technology and fashion – they can live in the moment and stay connected while wearing their favorite style of Ray-Ban’s.

“Our unique approach, combining decades of superior craftsmanship, a dedicated spirit of innovation and a commitment to delivering only cutting edge technology has resulted in a wearable that people will truly love wearing.”

Andrew Bosworth, vice-president of Facebook Reality Labs, says: “Ray-Ban Stories is designed to help people live in the moment and stay connected to the people they are with and the people they wish they were with.

“EssilorLuxottica has been nothing short of stellar in this partnership and through their commitment to excellence we were able to deliver on both style and substance in a way that will redefine the expectations of smart glasses. We’re introducing an entirely new way for people to stay connected to the world around them and truly be present in life’s most important moments, and to look good while doing it.”

Back in 2019, Snap Inc announced the launch of Spectacles 3. The smart sunglasses come with dual HD cameras designed to capture the world in 3D and cost £330.