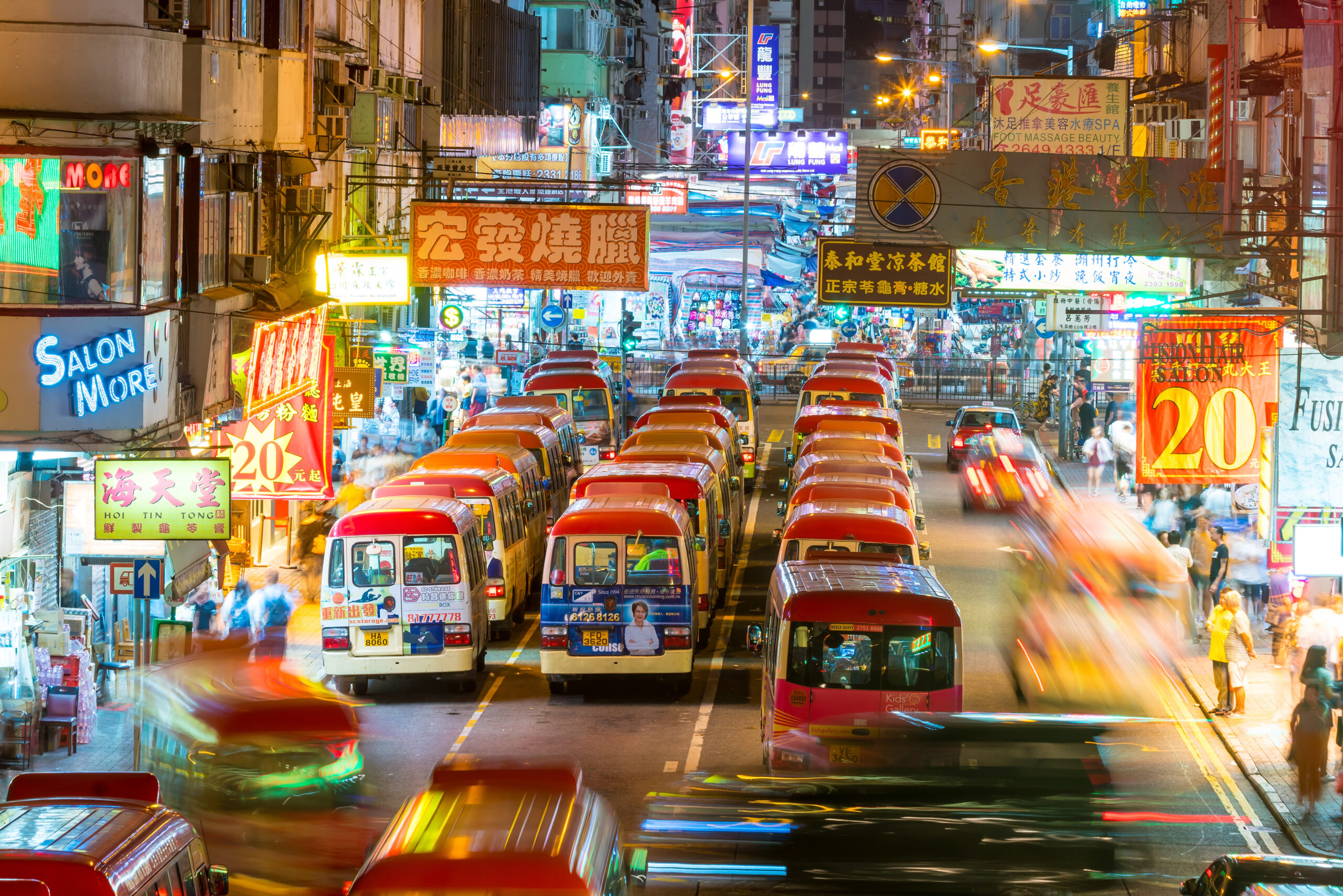 Despite on-going political protests, Hong Kong has been ranked the most popular destination in the world, in terms of both business and leisure travel. Emily Eastman reports

In its “Top 100 City Destinations 2019” index, Euromonitor International conducted arrivals research in more than 400 cities to create a list of the most popular cities for 2019. Hong Kong came out top with an anticipated 26 million visitors, while London came third with 19.5 million and New York eighth with 14 million.

(Arrivals are defined as international tourists visiting the country for more than 24 hours but less than 12 months. This means domestic visitors, day-trippers and cruise passengers aren’t included.)

According to Euromonitor, global inbound arrivals are expected to grow by 4.2 per cent to 1.5 billion trips in 2019, with the top 100 cities comprising almost 47 per cent of global arrivals and growing by 6.2 per cent.

For some destinations such as Amsterdam (in 25th place), overtourism will be a defining trend for the new decade as cities struggle to cope with growing volumes of people.

However, a counter trend for going to less obvious places is also on the rise, with traditional European city break hotspots such as Milan, Berlin and Vienna slipping down the rankings, while destinations in countries such as Croatia, Slovenia and Sweden are becoming more popular.

The rise of Chinese travellers is fueling much of the overall growth, especially to other parts of Asia. More than 50 per cent of all visitors to Hong Kong, for example, come from mainland China. (You can read more about this trend in Globetrender’s free 2020 Forecast.)

Globetrender tip: If you are looking to send money abroad, consider TransferWise. It’s a great tool for sending and receiving money internationally with low fees – much cheaper than using your local bank. You can also get your own local bank account details in Europe, UK, US, Australia and New Zealand with the TransferWise Borderless account.

Despite political unrest and protests, which led to a sharp decline in visitor arrivals in 2019, Hong Kong continues to outpace other cities in terms of popularity. Strong cultural heritage, proximity to China, a vibrant shopping scene and infrastructure development have contributed to the city’s strong performance. More than 50 per cent of visitors come from mainland China.

The Thai capital has benefited enormously from the growth in key source markets across Asia Pacific, from which 73 per cent of its arrivals originate. Bangkok saw the fastest growth in arrivals from Hong Kong, Nepal and India, averaging more than 25 per cent in 2018.

Strategic tourism plans, increased investment and initiatives to attract high-spending visitors are all underpinning this growth, alongside a diversified offering that includes medical, wellness and community tourism.

London has retained third place despite a decline in arrivals amid ongoing Brexit uncertainty, but the UK capital is forecast to lose two places in next year’s ranking. For now, it’s one of the world’s most visited cities, with tourists flocking for its rich history, art and culture, gastronomy and diversity.

Macau is set to overtake London in the 2020 ranking. Known as the “Vegas of China”, Macau is popular for its world-class entertainment, but dig deeper and there’s a rich culture fed with Chinese and Portuguese colonial influences.

Singapore has dropped one place on 2018 but is showing steady growth, with a 5.3 per cent increase in visitor arrivals thanks to increased regional travel and strong growth in the cruise sector. Regional growth is becoming increasingly competitive.

The French capital is expected to benefit from a shift in European visitors from the UK in light of Brexit, for both business and leisure. Paris is seeing its financial services sector grow as multinational companies seek regional locations outside of London, while the city has also partnered with London to capitalise on growth in US arrivals and encourage visitors to see both cities in one trip.

Dubai leads the UAE in arrival numbers despite a flat growth rate in 2018. Investment is on-going in greater entertainment avenues, plus heath, wellness and medical tourism.

New York remains the most popular city in the US, attracting business and leisure travellers worldwide. The city aims to attract 67 million annual visitor arrivals by 2021. China has emerged as a key source market, but amid escalating trade tensions, arrivals from this country are expected to decline.

Malaysia’s capital has held on to a place in the top ten. The city welcomes visitors from around the world who arrive to witness its towering skyscrapers, sample its street food and immerse themselves in the history and ancient cultures.

Istanbul has returned to the rankings with impressive growth in inbound arrivals for the second consecutive year. Improved security and a drop in the value of the Turkish lira have driven fast growth in arrivals, with 70 per cent of visitors travelling to Turkey from Europe and Eastern Europe its largest source market.

Delhi is forecast to reach eighth place in the 2020 ranking thanks to rapid development in tourist infrastructure, having a world-class airport and sharpening its focus on luxury, medical, sports and cultural tourism. Delhi’s connectivity is also proving a boon to arrival numbers.

Antalya, along with fellow Turkish cities Istanbul and Mugla, reported the fastest growth in inbound arrivals globally. The resort city is renowned as the gateway to the Turkish Riviera but has also become a destination in its own right thanks to a well-preserved old city district, nearby mountains and Roman history.

Having dropped three places, Shenzhen has suffered from the boost in visitors to Turkish destinations. Yet it is expected to benefit from the ongoing unrest in Hong Kong thanks to its proximity to the city. Shenzhen is popular with tech graduates and global corporations, but beneath the surface exists a thriving cultural and social scene.

Mumbai has jumped from 21st place last year thanks to world-class airport facilities, its profile as the capital of Bollywood and a growing financial sector. These and other factors are set to continue boosting tourism in Mumbai over the next five years.

This rainforested, mountainous island (Thailand’s largest) has benefited from the “Amazing Thailand Go Local” campaign, which promotes tourism offerings beyond Bangkok. With an incredibly diverse tourism offering, Phuket has held on to 15th place for a second year running.

The Italian capital has long been a favourite of European travellers thanks to its history, food and culture. This year, it has fallen one place in the annual rankings.

Tokyo has risen one place as visitors from around the world arrive to experience its unique and heady blend of traditional culture and mind-blowing modernity. Next year it will host the 2020 Olympic Games, which will no doubt give a huge boost to visitor numbers.

This once quiet fishing village is now a hub for coastal fun. Its reputation as a seedy destination is deserved, but there’s also a large retired expat population and plenty of tour operators that appeal to mass-market tourism.

The Taiwanese capital mixes Chinese culture with influences from Japan, South East Asia and the US. Tourists come for the history, quirkiness and food – the city is so renowned for eating out that many studio apartments in Taipei don’t have kitchens.

Mecca is down one place, in part due to an increase in visa fees for various countries that has affected the number of pilgrims to the religious city.

The port city of Guangzhou has fallen three places, but remains one of China’s busiest trading centres. Despite this, the pace here is slow, with visitors drawn to the city’s leafy temple-lined streets, traditional dim-sum eateries and attractive architecture.

The picturesque city of Prague may have fallen a few places, but it retains its charms. With millennia-old history and some of the best beer in Europe, the Czech capital unsurprisingly remains popular – particularly among European travellers.

Medina, like Mecca, has also suffered the negative impacts of visa fees. Known as the “City of the Prophet”, the western Saudi Arabia city has fallen four places.

The capital of South Korea is up one place, with visitors coming for its dynamic blend of deep tradition mixed with the world’s best technology and eye-popping fashion.

Amsterdam may be down one place, but the Dutch capital is still popular – especially for weekend breaks from European source markets.

Globetrender tip: if you are looking to send money abroad, consider TransferWise.