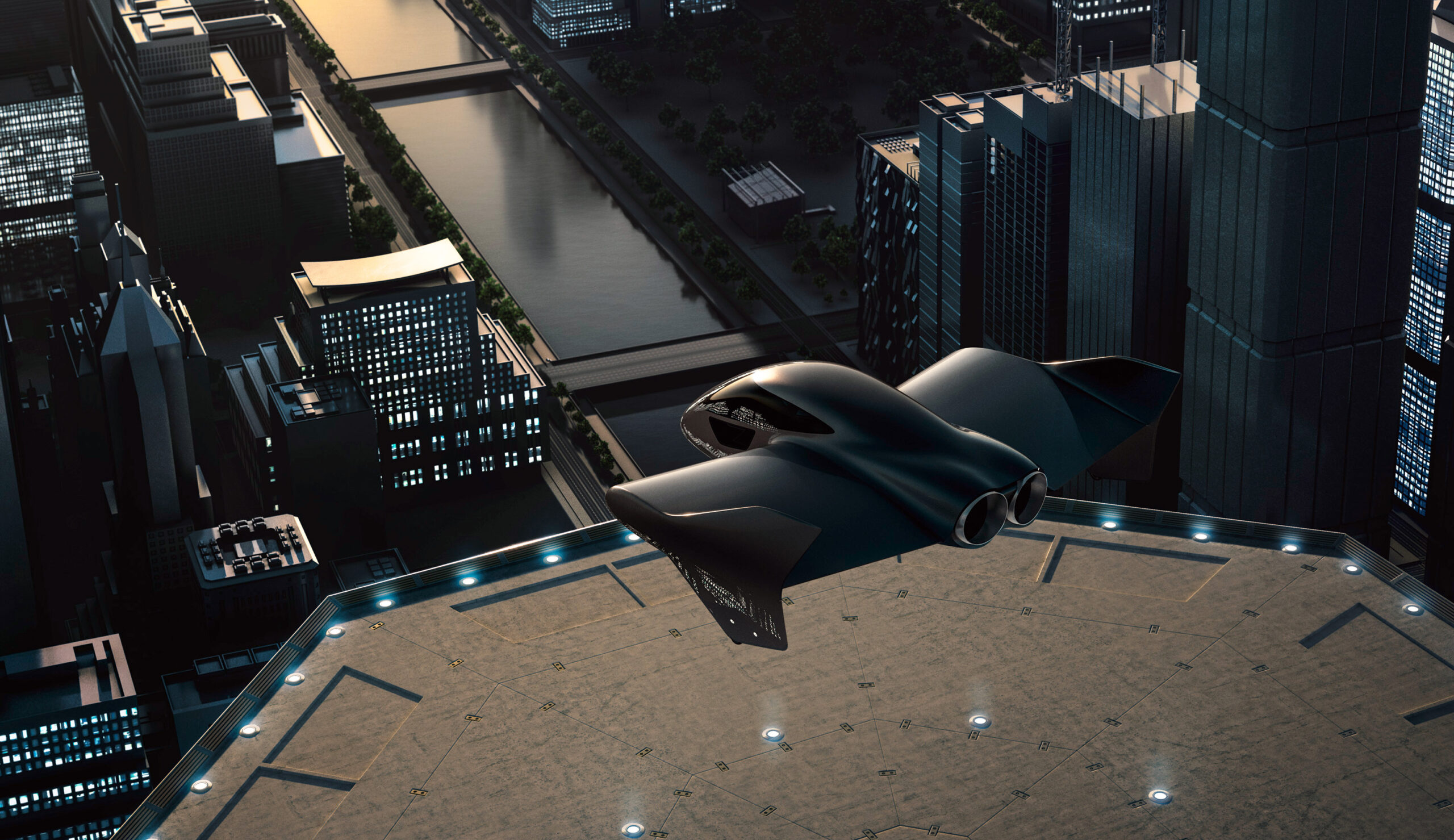 The ‘third dimension of travel’ will be ready for take-off this coming decade as Porsche and Boeing collaborate on a luxury flying car for the rich. Emily Eastman reports

As commuters sit in standstill traffic, they may well wonder how long we can continue putting cars on the road without the infrastructure to handle additional vehicles.

It’s a problem that has long vexed city planners and governments alike. Cycle lanes have had some uptake, but the fact that they often only run for certain distances before joining a main road is certainly off-putting to would-be riders. Public transport in many cities is already at maximum capacity during peak times. So what’s the solution?

In a study conducted by Porsche Consulting last year, the company found that commercial passenger drones could come into service around 2025, with about 23,000 of these air vehicles operational by 2035. By this point, the market would be worth roughly US$32 billion. It also says that “urban air mobility market will pick up speed after 2025”.

According to the two companies, they will “create an international team to address various aspects of urban air mobility, including analysis of the market potential for premium vehicles and possible use cases”.

Porsche’s involvement is enough to indicate that the resulting vehicle will be at the luxury end of the scale in every way (just look at the concept images they have released). What’s more, the costs of creating infrastructure to support a network of electric flying cars will be high, meaning that the first owners will definitely need to be wealthy.

Detlev von Platen, Porsche’s marketing chief, says the project could be part of a larger vision for the company. “Porsche is looking to enhance its scope as a sports car manufacturer by becoming a leading brand for premium mobility,” he says. Adding: “This could mean moving into the third dimension of travel.”

For Boeing Next, the division leading the introduction of next-generation air vehicles in urban markets, the goal is to create a “next-generation mobility ecosystem” in which autonomous and human-piloted air vehicles can operate safely side by side.

Back in January, Boeing subsidiary Aurora Flight Sciences successfully completed the first test flight of its electric autonomous passenger air vehicle. The unpiloted vehicle took off vertically, hovered for a few seconds, and landed at the test site.

Boeing has said that future test flights will involve forward, wing-borne flight and transitions between vertical and forward-flight modes. The US manufacturer is just one of dozens of companies pursuing urban air services, but given its resources as one of the world’s leading aviation companies, it could have the edge in bringing them to reality.

In 2018, Airbus demonstrated its Vahana eVTOL aircraft but with its plans to launch a flying taxi network rather than private vehicles, it isn’t a direct competitor.

Airbus will, however, find itself in competition with Uber, which has partnered with Aurora Flight Sciences and other companies to develop its own network of flying taxis as part of the company’s Uber Air product.

Despite the success in testing, many experts believe it will be years – if not decades – before the battery technology is sufficient to support long-range flight.

And the Porsche-Boeing partnership is in its infancy. Engineers from the two companies, as well as Aurora Flight Sciences, must now put their heads together to design an autonomous, all-electric “premium air mobility vehicle”. Once that’s done, it will be time to build and test a prototype.

For both Porsche and Boeing, the project could lead to exciting new revenue streams. While Porsche’s sales volumes are relatively small, it’s profits comprise a significant chunk of parent company Volkswagen AG’s bottom line. A move into the air mobility market is a way to ensure profit flows continue as the auto industry evolves.