Uber Air plans to build Skyports for flying taxis by 2023

Uber Air has revealed six Skyport designs – new innovations that are part of the company’s plans to launch a fleet of flying taxis for the public by 2023. Samuel Ballard reports

Six firms submitted designs to Uber Air, which was looking for solutions for take-off and landing ports for its electric flying cars, which will be capable of vertical take-offs and landings (the vehicles are known as “eVTOLs”). The designs were revealed at Uber’s Elevate summit in LA, in June.

“While Uber Air might feel like a far away dream, it’s closer than you think and urban infrastructure has to start to evolve now to keep up,” said John Badalamenti, Uber’s head of design for advanced programmes and aviation.

“We’re excited to have collaborated with leading firms to imagine how physical Skyports would work at scale and how we can best design spaces that are quiet, environmentally conscious and create natural pockets of activity for the transportation of the future,” he added.

The idea behind the skyports is that they will be located in busy city locations such as stadiums and concert venues where crowds would typically gather.

Each of the skyports would be capable of handling around 1,000 landings every hour. 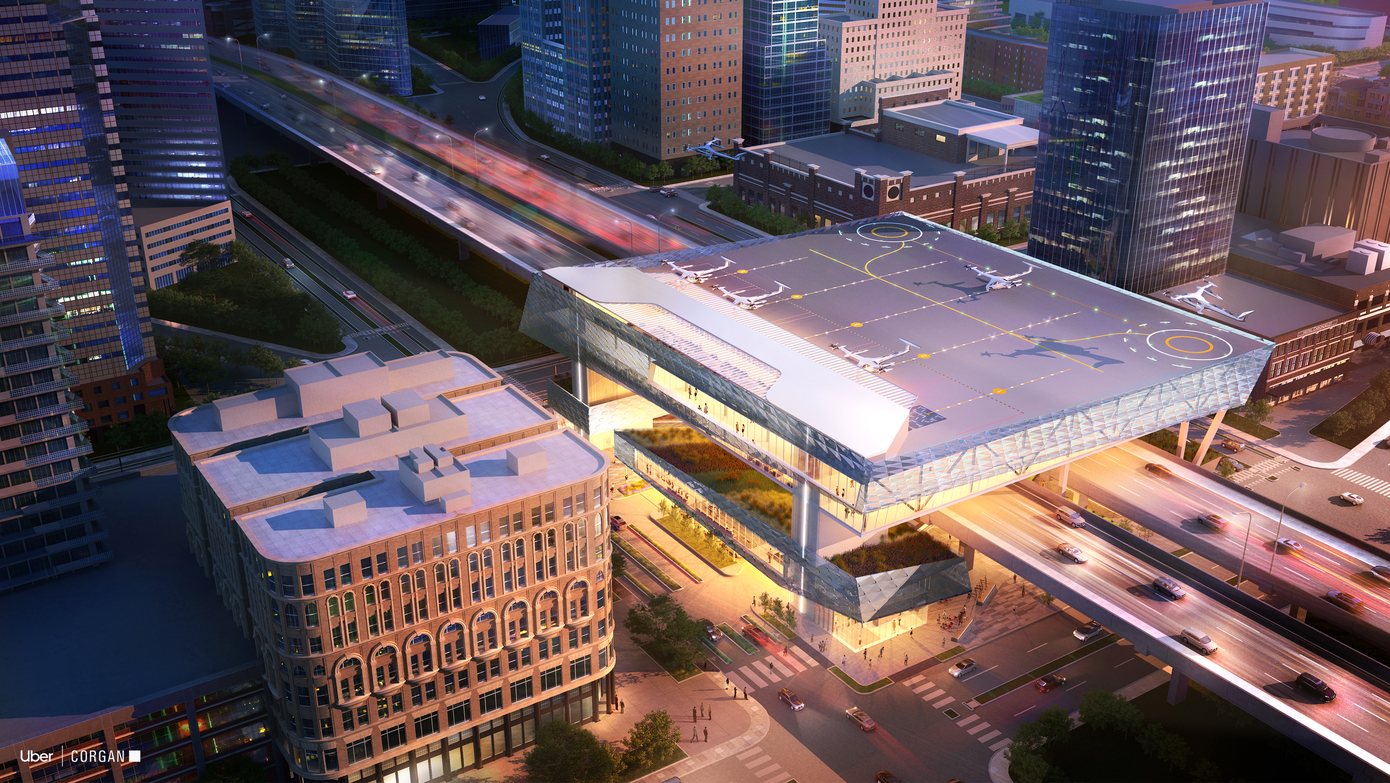 John Trupiano, principal at Corgan’s Aviation Studio, said: “While the main task of the Uber Skyport is to develop a paradigm for public access to eVTOLs, we extended it to explore how Skyports could reconnect the community, how they can become an important amenity to the neighbourhood, and how they could bridge some of the divides we see in our cities.”

The Corgan design would be capable of being integrated into existing city infrastructure, such as on top of buildings.

Another solution, by Pickard Chilton and Arup, allows for 180 landing and take-offs per hour through a modular system that would be adjustable to different locations. 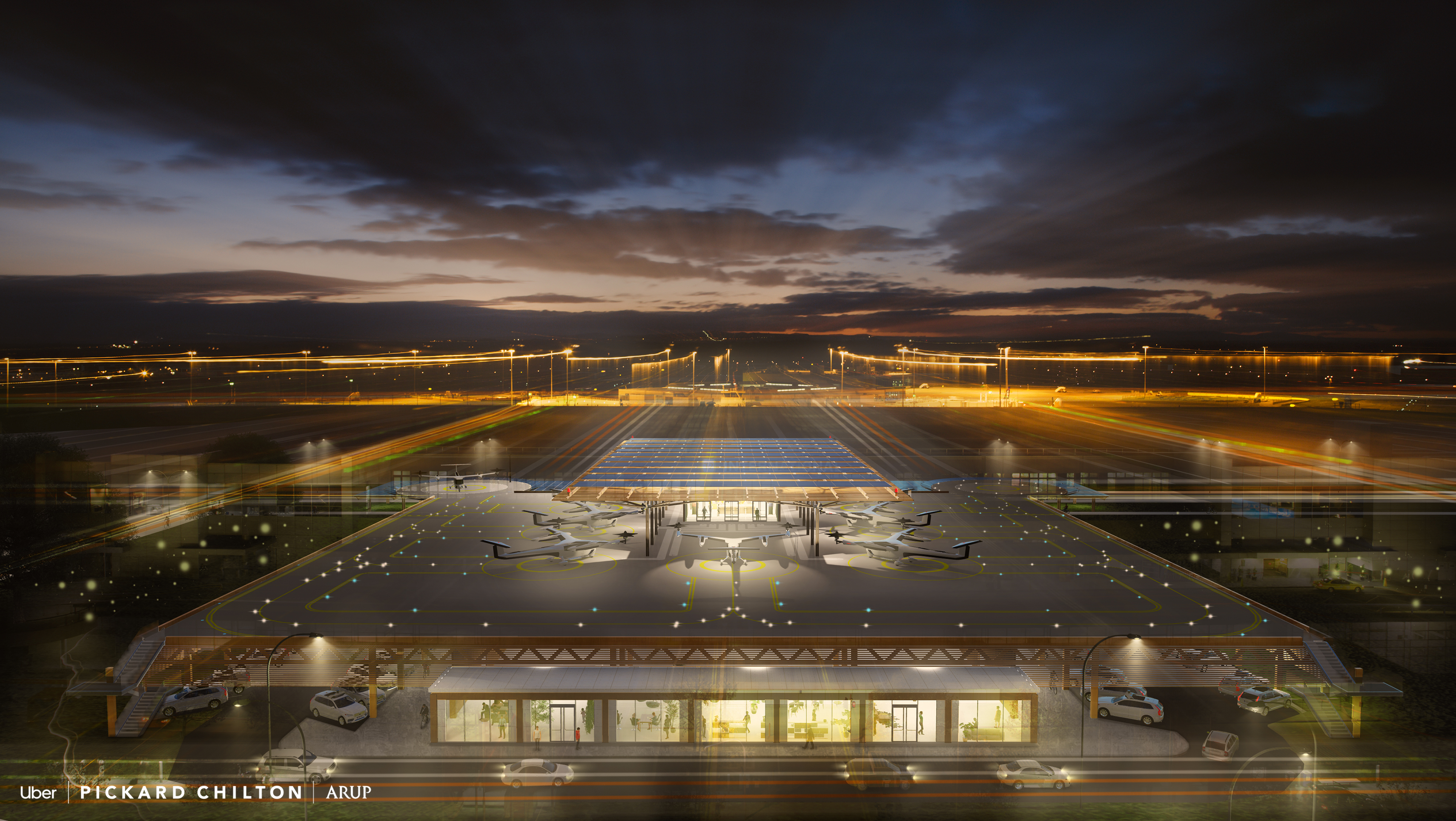 “While our design for the Skyport is conceptual, it is not science fiction,” Jon Pickard, principal of the Pickard Chilton, said.

“Based on a pragmatic and research-driven approach, our concept delivers to Uber a modular, extensible and sustainable solution that supports their vision for the future of intra-urban transportation.”

The company recently announced that Melbourne, Dallas and LA would be the first cities to offer Uber Air flights. The first commercial flight is planned to take off in 2023.