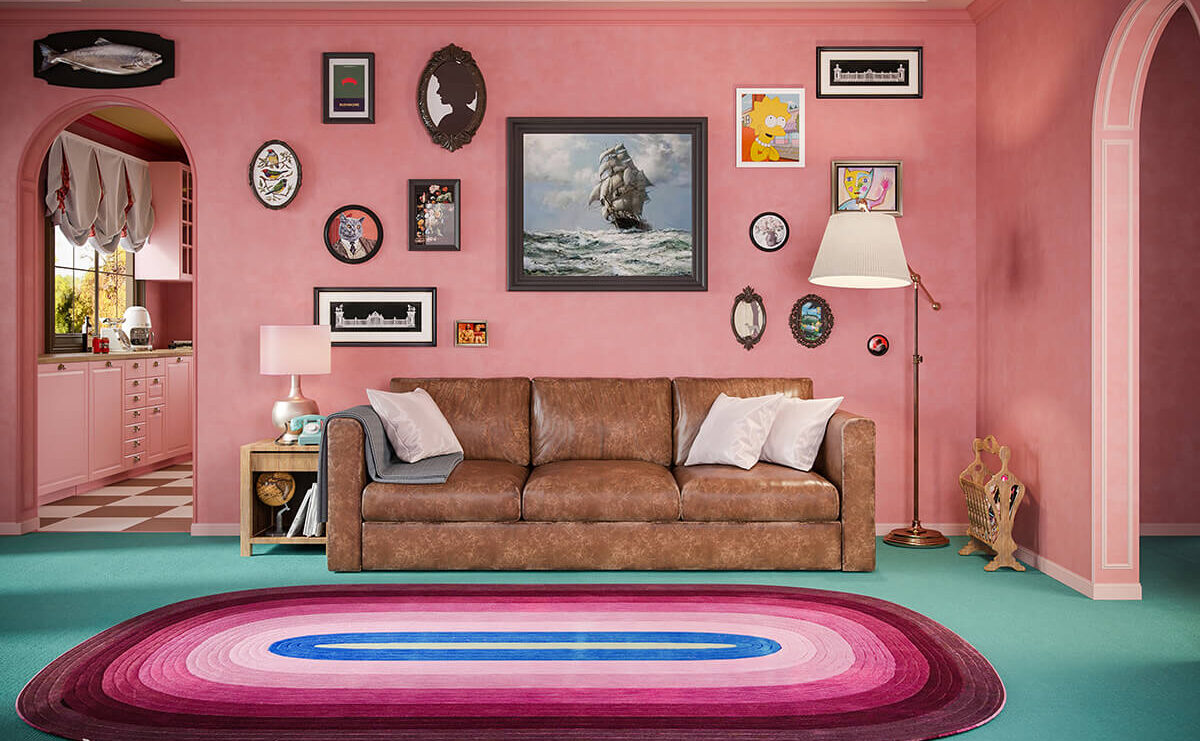 A team of designers at digital home improvement project HomeAdvisor has given memorable locations from The Simpsons a revamp in the style of blockbuster film maker Wes Anderson (known for hits including The Grand Budapest Hotel, The Royal Tenenbaums and Moonrise Kingdom).

HomeAdvisor has modelled the interiors in this way to show how people can create a “chic-yet-personal appeal” when it comes to interior design.

“The interiors of The Simpsons are as familiar as our own homes,” reads HomeAdvisor’s website. “Just like Homer and Marge, homeowners add random bits and bobs over the years, patching things up as they go along. Our rooms become more individual but less stylish with each new addition. 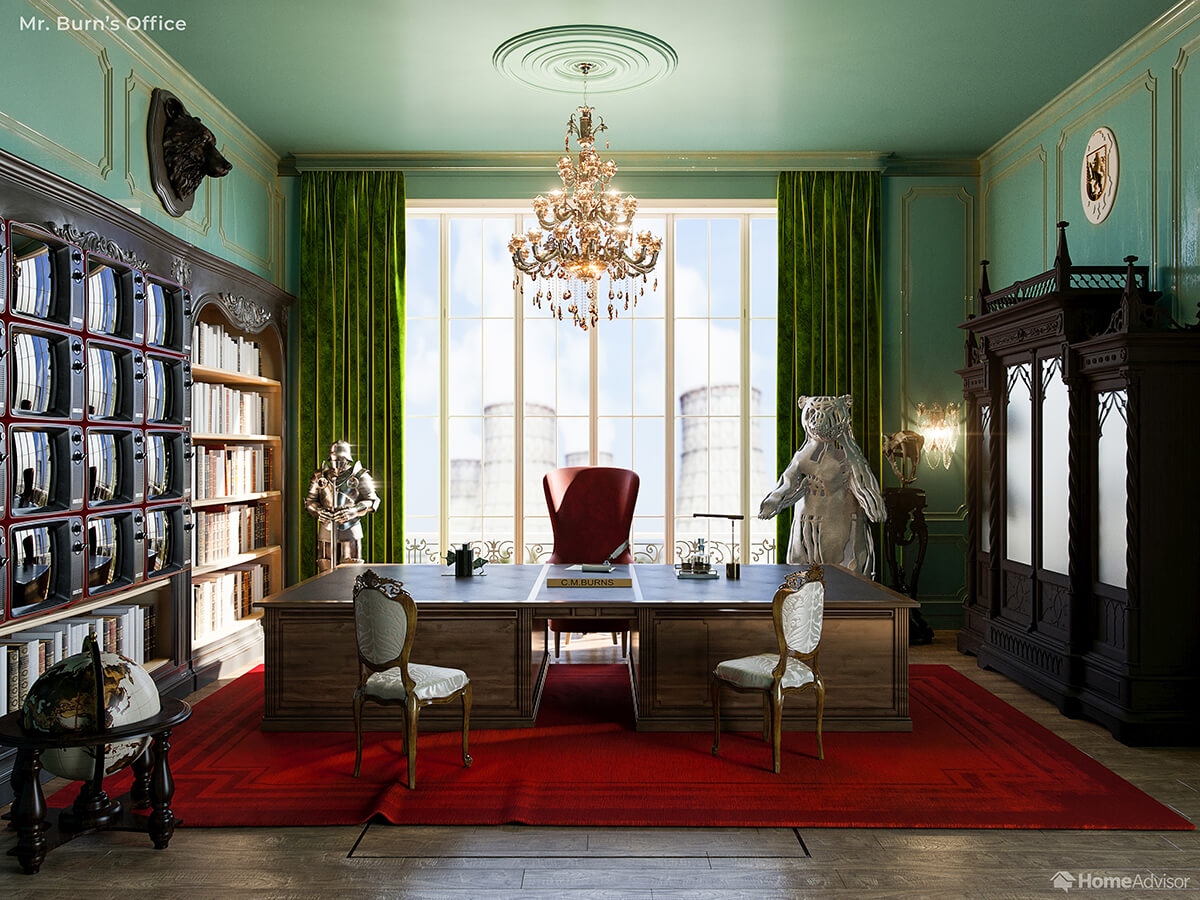 “We analysed Anderson’s aesthetic and applied his principles to the famous set-ups of 742 Evergreen Terrace, Moe’s Tavern, and Springfield Nuclear Power Plant. If your house looks more Simpsons than Tenenbaums, here is how to redecorate it for that chic-yet-personal appeal.

Director Wes Anderson’s styling of spaces in his films reflects the lives of the characters who live there. As seen in the dwellings of characters in The Royal Tenenbaums and The Grand Budapest Hotel, Anderson’s signature aesthetic style combines minimalist and maximalist design styles to capture the “randomness” of how characters live, and how it imprints on their surroundings. At the same time, each space is carefully curated to appear eclectic, yet stylish.

For example, HomeAdvisor has taken The Simpsons’ garish kitchen and captured its vibrancy by using a shade of “Fondant Fancy Pink”, as featured in The Grand Budapest Hotel. 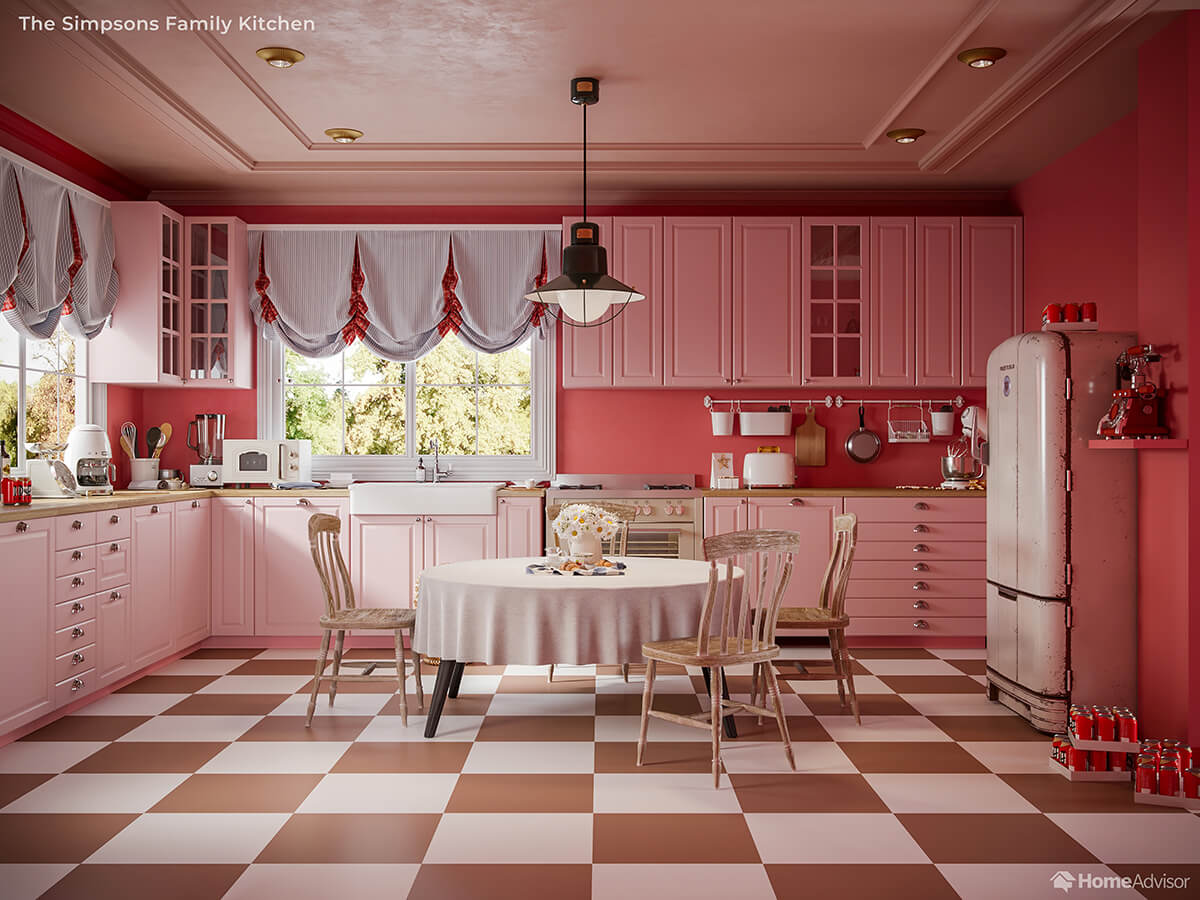 “Reducing the number of colours in play instantly makes ‘random’ details like the vintage telephone look intentional and stylish,” says Home Advisor. “We’ve also made a feature of the hanging utensils. Hit the thrift store (again) to find a quirky (and random) saucepan, breadboard, and wooden spoon, and you have the start of your own Andersonian art exhibition – as long as you hang them neatly.” 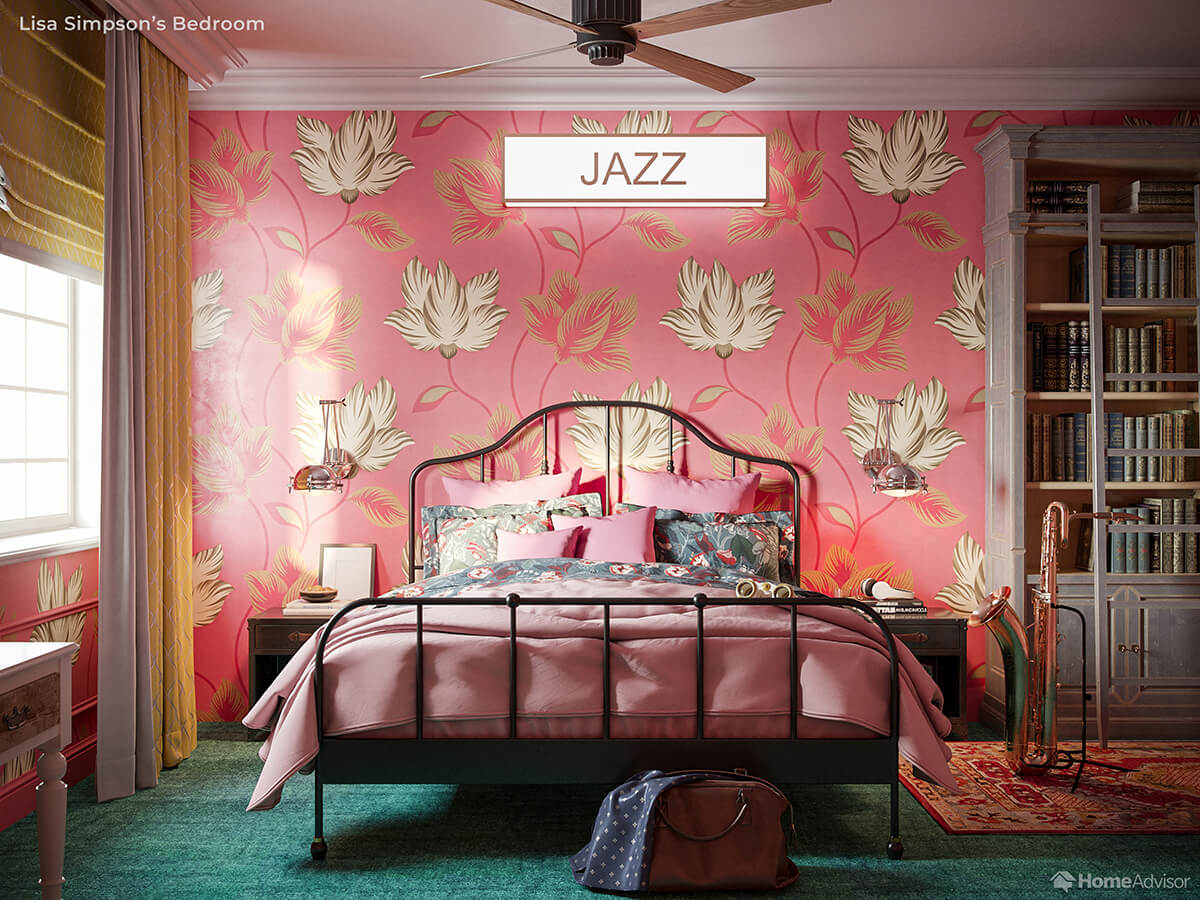 “Somebody as bookish as Lisa deserves a dignified bookcase, so we’ve replaced her cobalt-blue Ikea monstrosity with a baby blue-stained vintage find,” says HomeAdvisor. “A wealth of clashing textures and patterns provides Lisa the constant stream of inspiration she requires.

Other Simpsons locations that have been given the Wes Anderson treatment include Moe’s Tavern, The Springfield Nuclear Power Plant Sector 7-G and Mr Burns’s office. 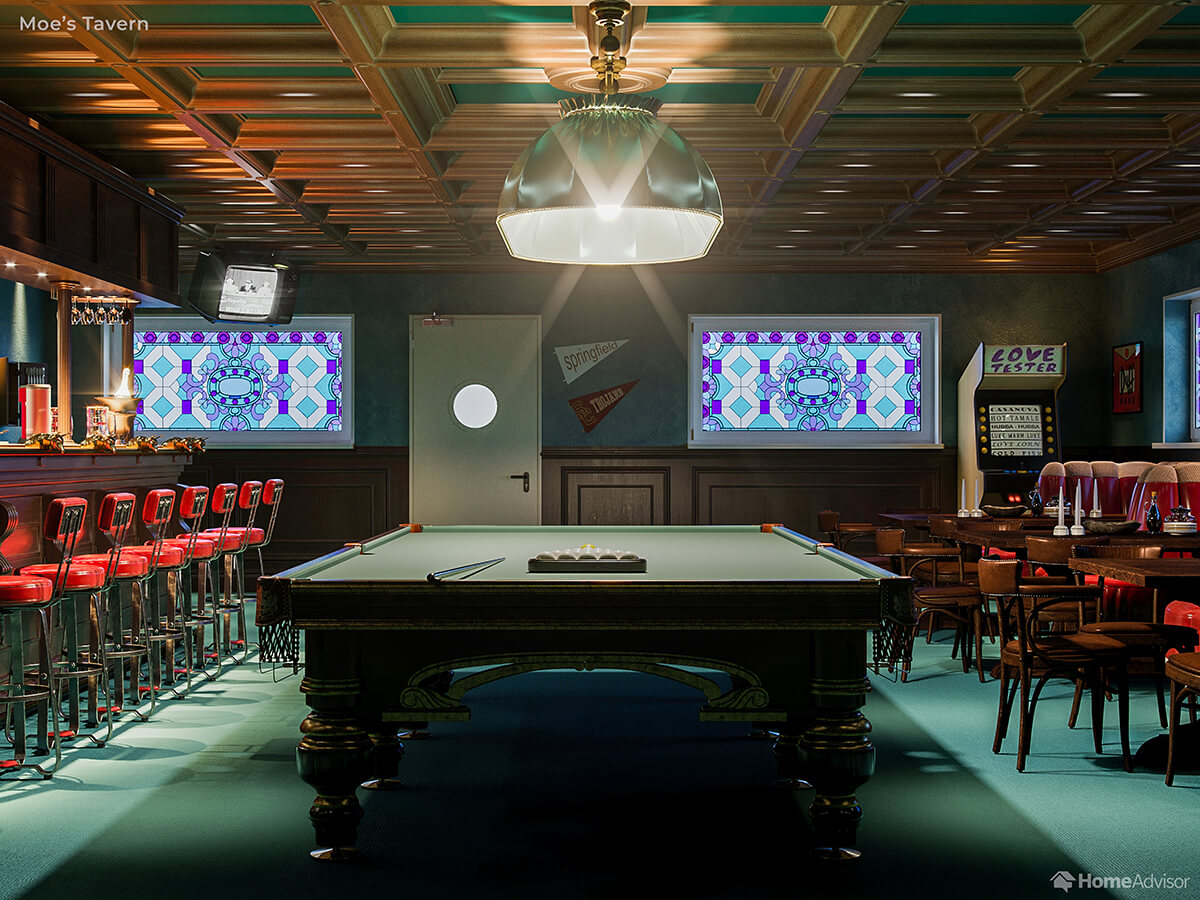 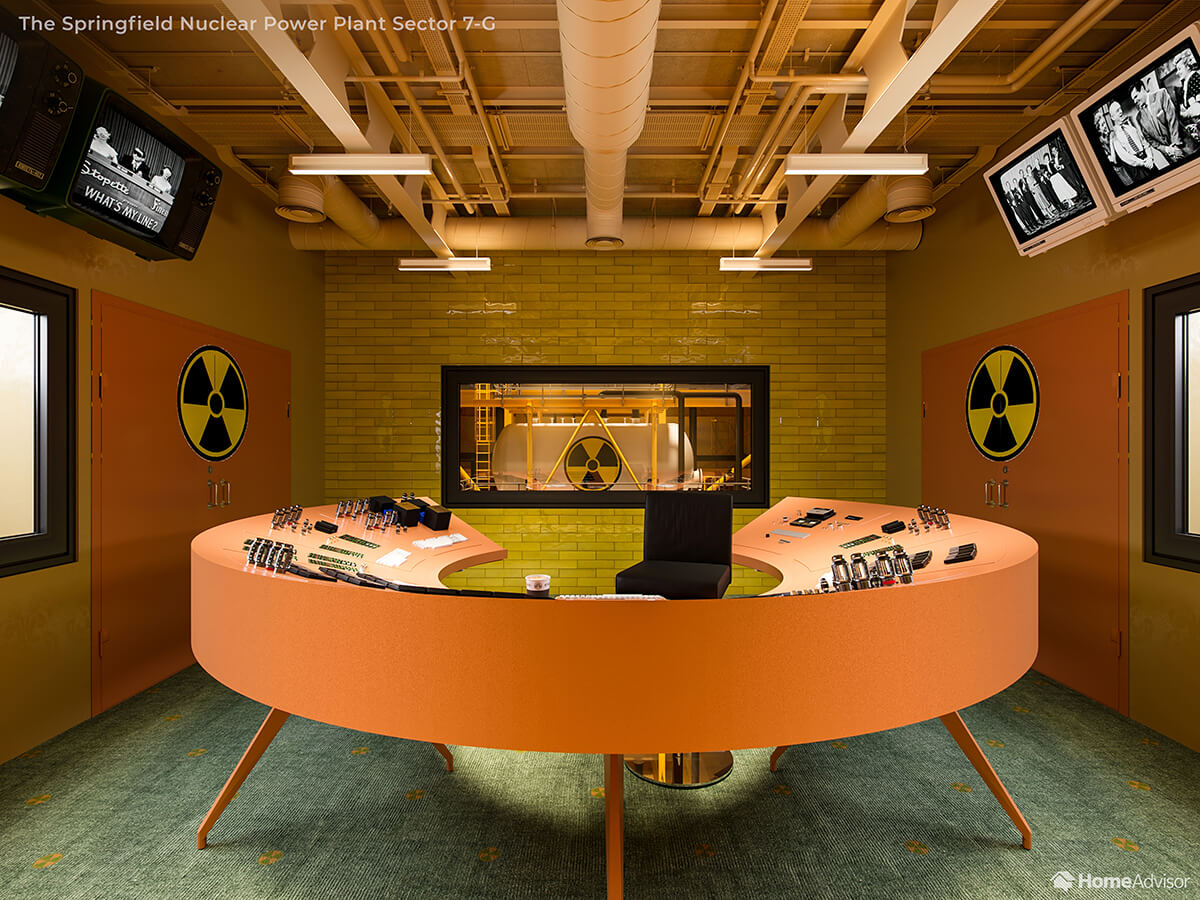 What has this got to do with travel? Imagine checking to a real-life Grand Budapest hotel that is so real that it is like inhabiting one of Wes Anderson’s movies. Globetrender predicts that the blending of the digital and physical world’s will continue to present new and exciting possibilities for 21st-century travellers.

Wes Anderson’s unique aesthetic also holds particular appeal, as can be seen from the @accidentallywesanderson Instagram account with 1.2 million followers, which shares pictures of real places around the world that look as if they could have featured in one of the director’s films.