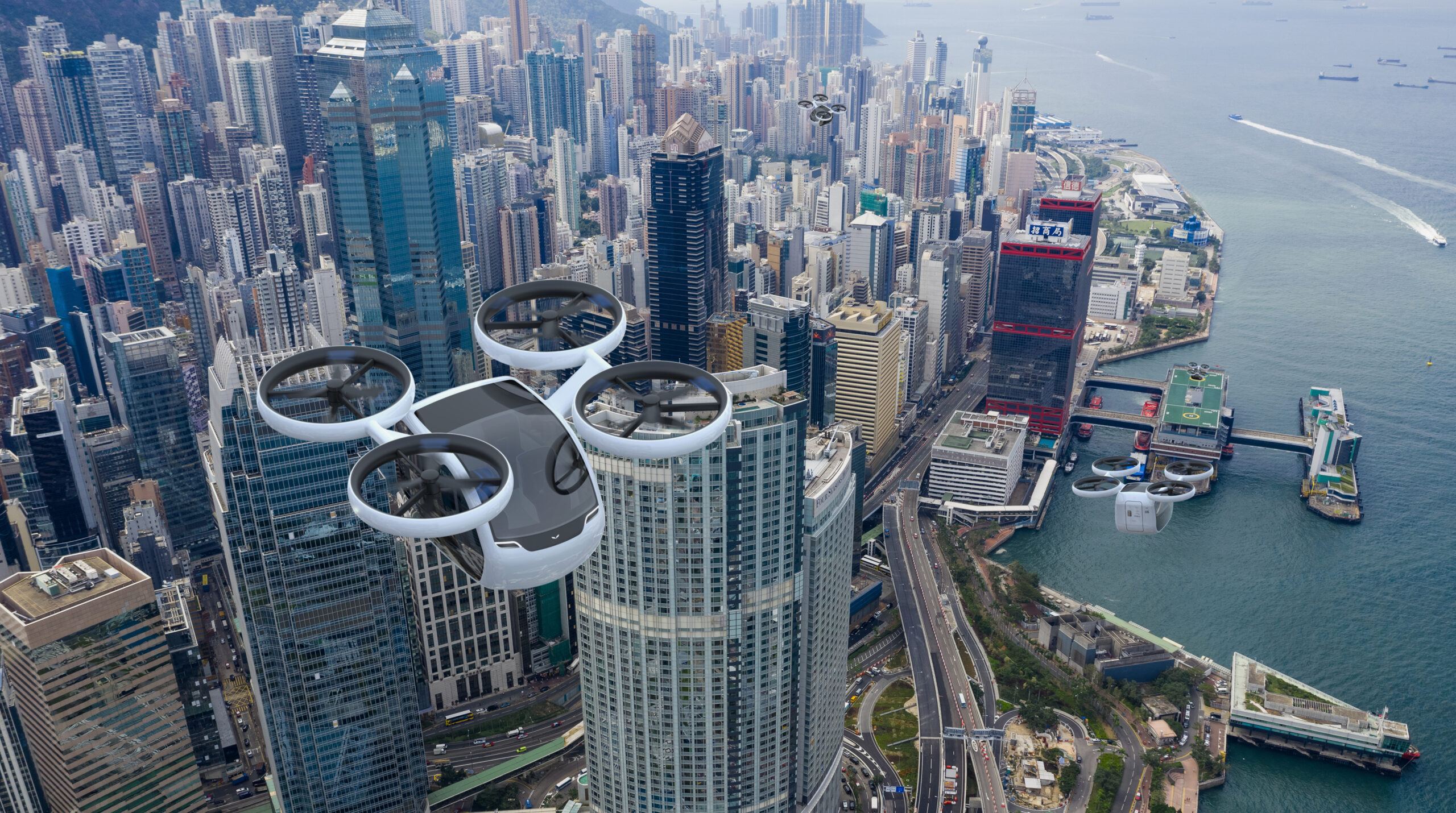 China’s Greater Bay Area is an industrial region in southern China that includes nine cities and special-administrative regions including Macau and Hong Kong.

And now, Kite, a cutting-edge passenger drone, has been created by Ponti Design Studio to connect these cities by air – enabling fast, sustainable speedy business travel within the region.

The idea is to boost the Greater Bay Area’s economic potential by providing a faster, greener alternative to road travel, and a more private way to fly than via commercial flights (rivalling the experience of a private jet). 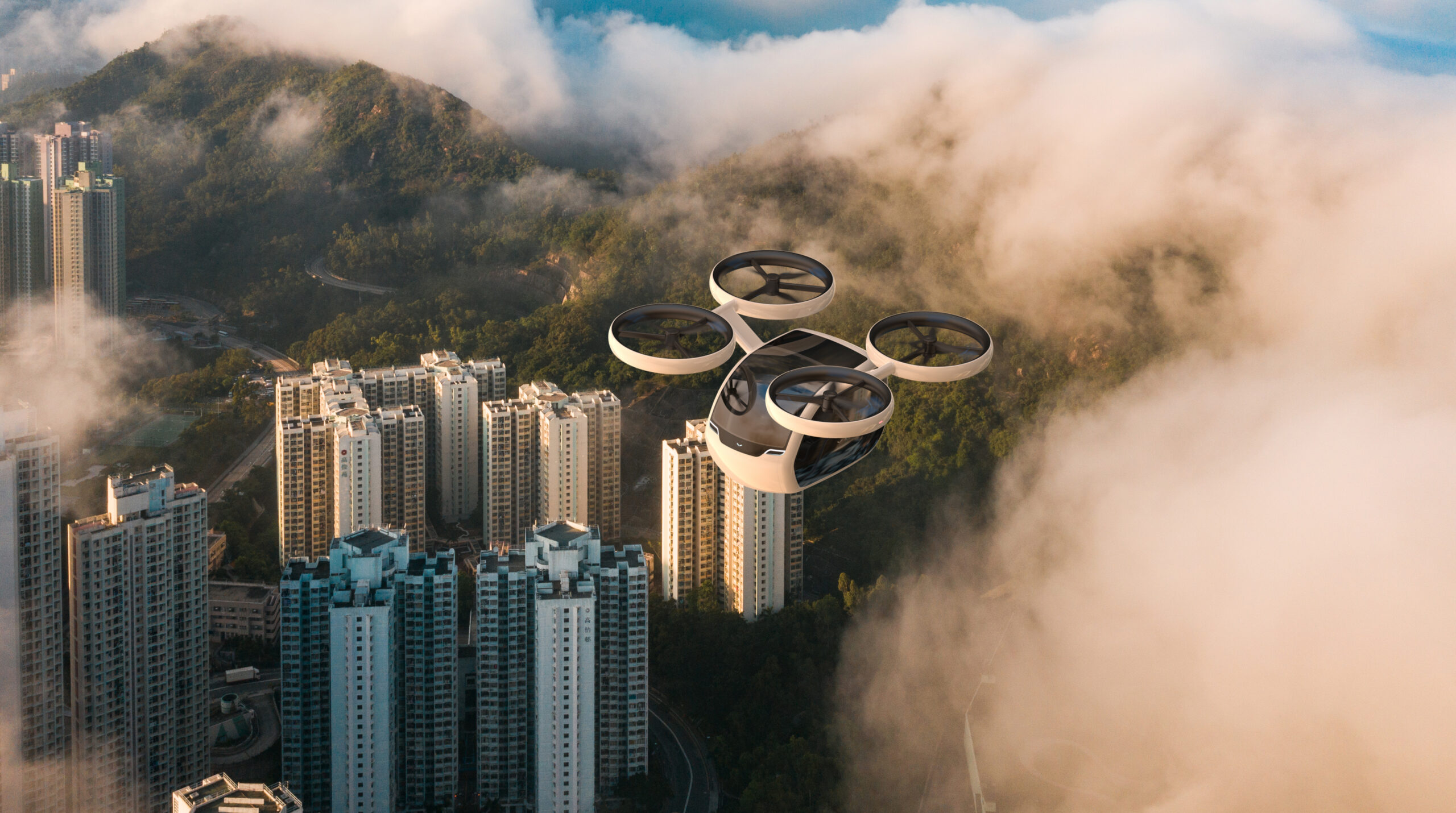 The new passenger drone is named after the black kite – a migratory bird that travels to Hong Kong during the winter months, known for being a fast, agile and intelligent bird of prey.

Kite’s compact, rounded shape is designed to minimise drag (aerodynamic resistance, which slows down flying aircraft) and maximise its ability to manoeuvre above cities, flying at low altitude. 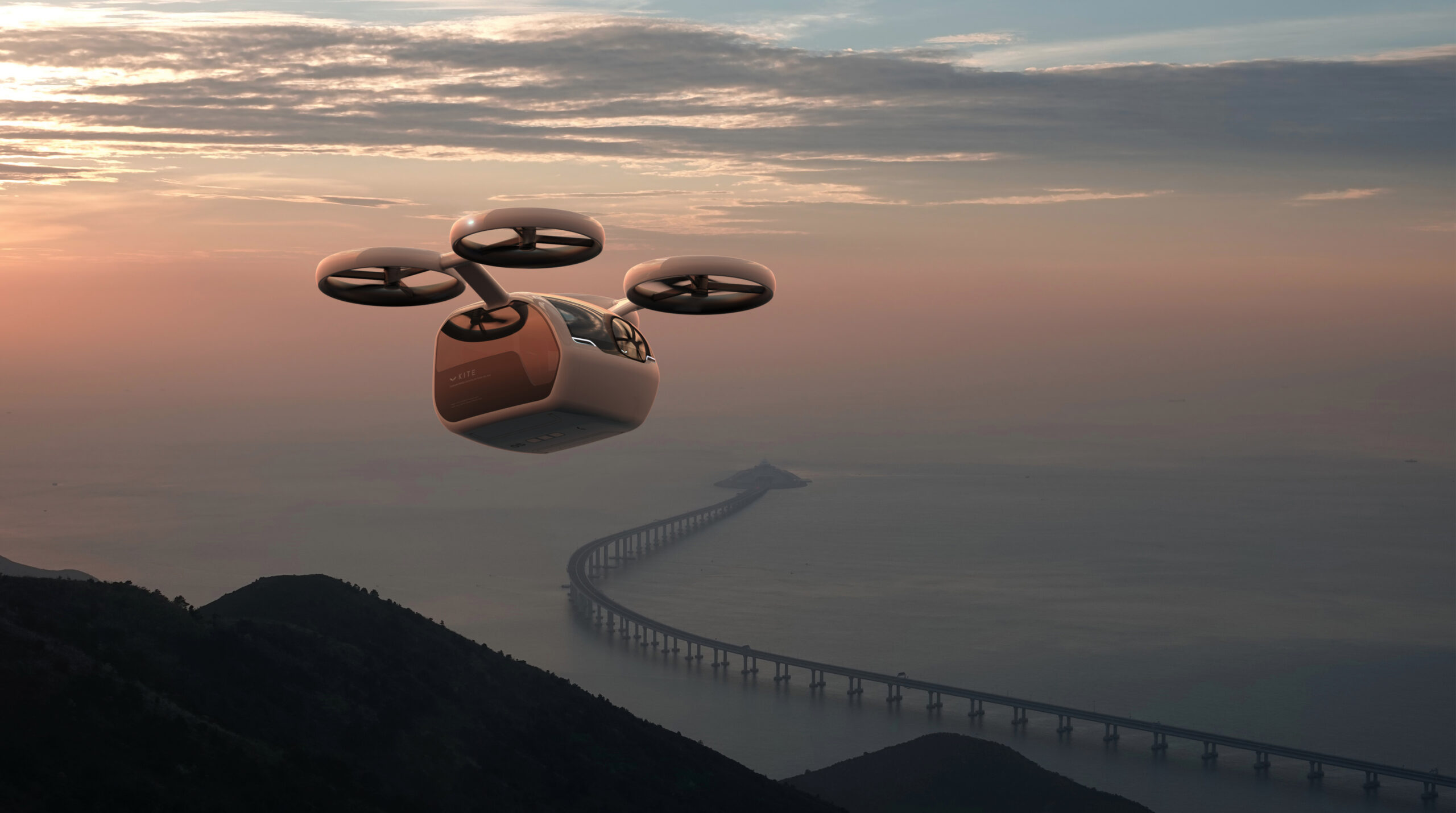 It is propelled by four double-helix rotors attached to its fuselage, with LED headlights, so it can safely and ostensibly travel and land in a city environment. Accessible via a single rear door, the cabin’s glass side panels are also its emergency exits. 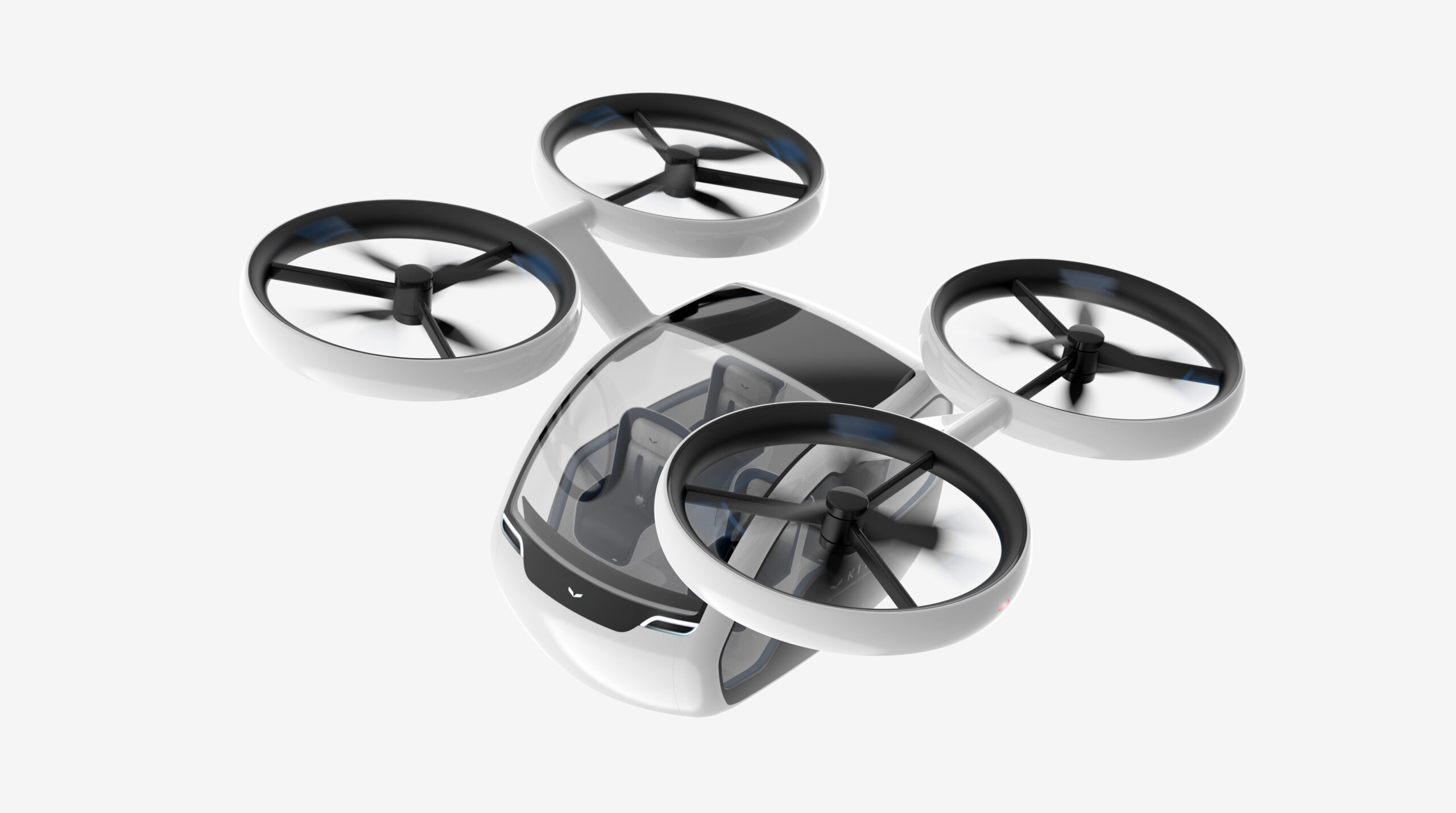 Inside, there are four single passenger seats divided by a single aisle, one front screen and two back screens showing flight information.

Each seat reclines, and has a soft fabric cover with leather cushions, plus buttons and retractable tables in the armrests. There is under-seat stowage for carry-on suitcases, and the cabin has space at the back for larger luggage. 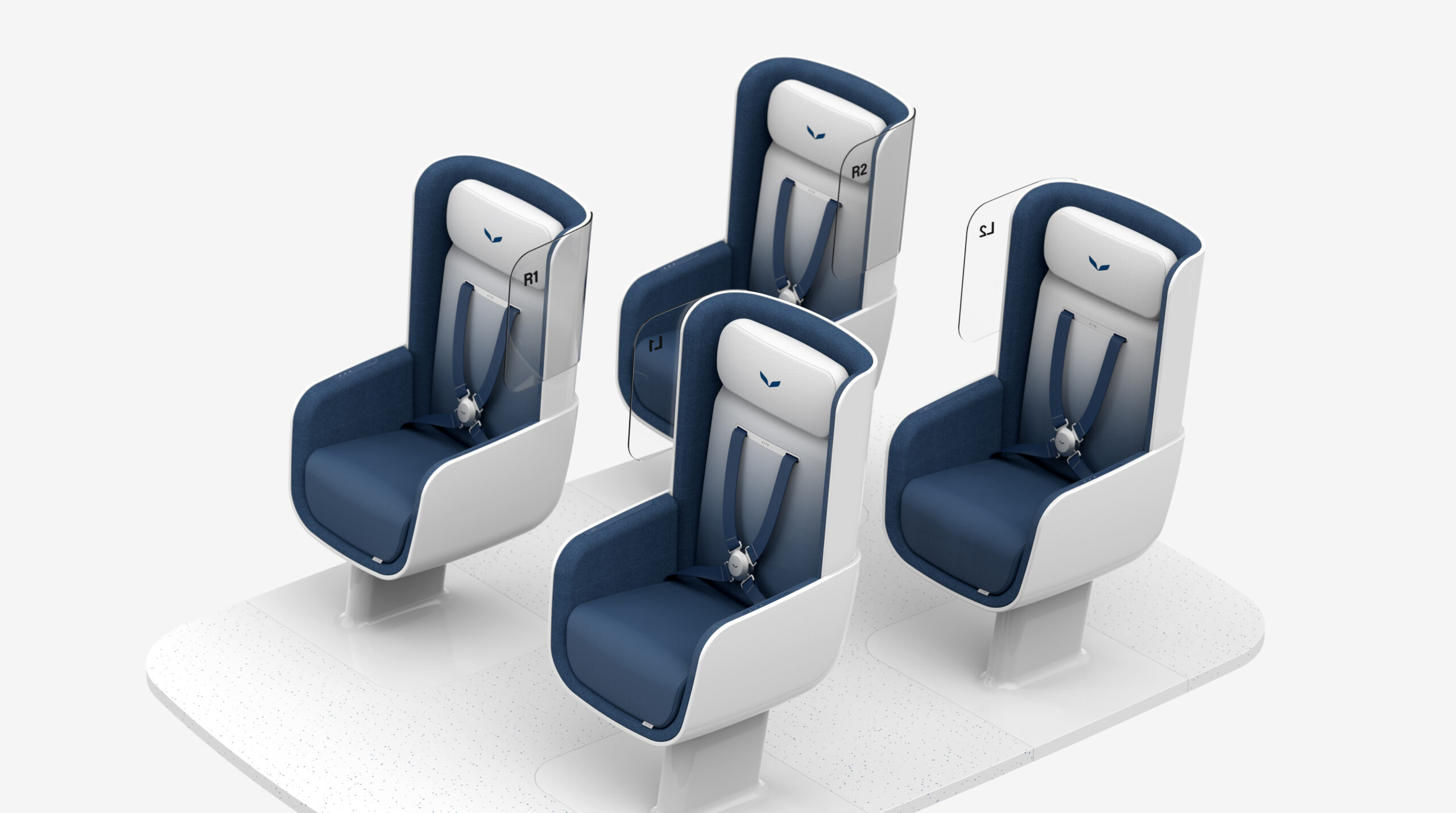 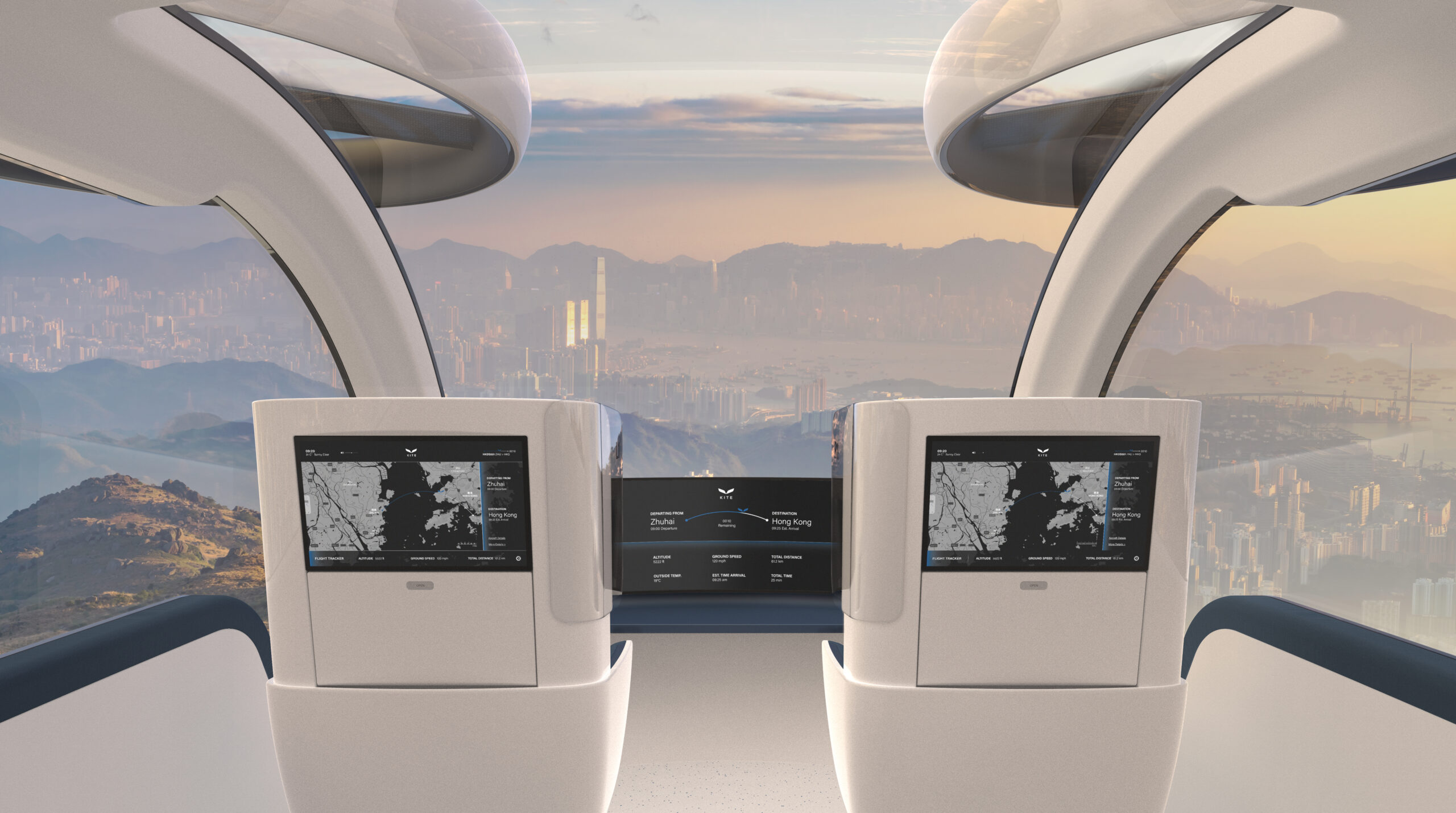 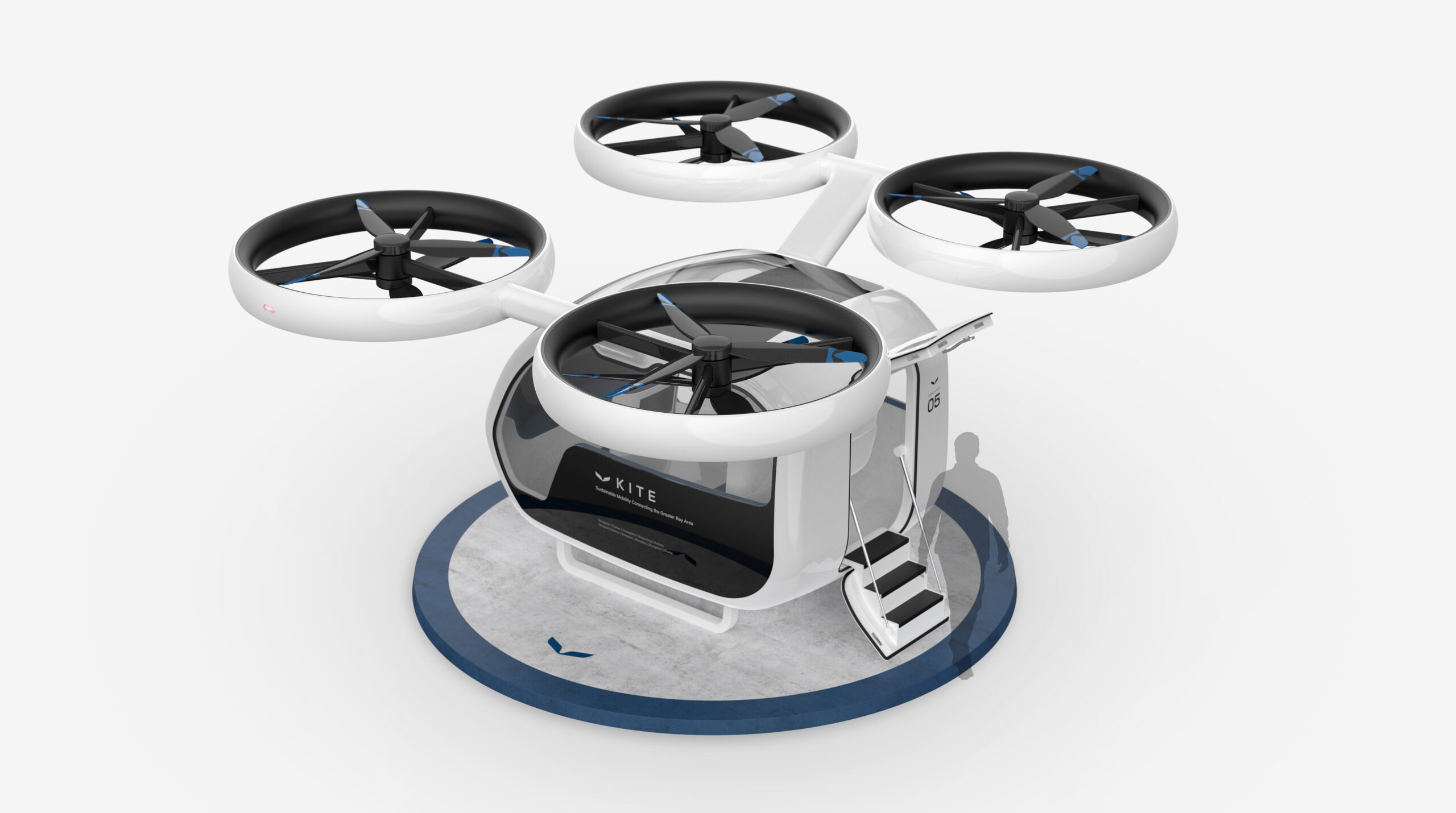 When it lands, Kite touches down using retractable landing skids, and docks onto a platform, where it can then be charged before its next journey.

Uber Air is also working hard to make flying taxis a reality. Last year it revealed plans for Skyports in six cities around the world.

“While Uber Air might feel like a far away dream, it’s closer than you think and urban infrastructure has to start to evolve now to keep up,” said John Badalamenti, Uber’s head of design for advanced programmes and aviation.