Oceanix floating cities could be the answer to rising sea levels

Remember the film Waterworld? Well, that vision of the future may not be so far from reality, if new off-shore floating cities from Oceanix are given the go-ahead by the United Nations. Jenny Southan reports

By 2050, 90 per cent of the world’s largest cities could be exposed to rising sea levels, displacing millions of people and submerging homes, so Earth needs a contingency plan.

A project proposed by architectural firm BIG and nonprofit company Oceanix, is setting out to prepare for the worst with its futuristic model for floating cities.

Initially, they would be built in the most vulnerable tropical and sub-tropical regions around the world, and would range from aquatic villages for 1,600 people to much larger cities of up to 10,000 people, with hexagonal clusters of islands covering 75 hectares. They could then be considered for colder parts of the world. 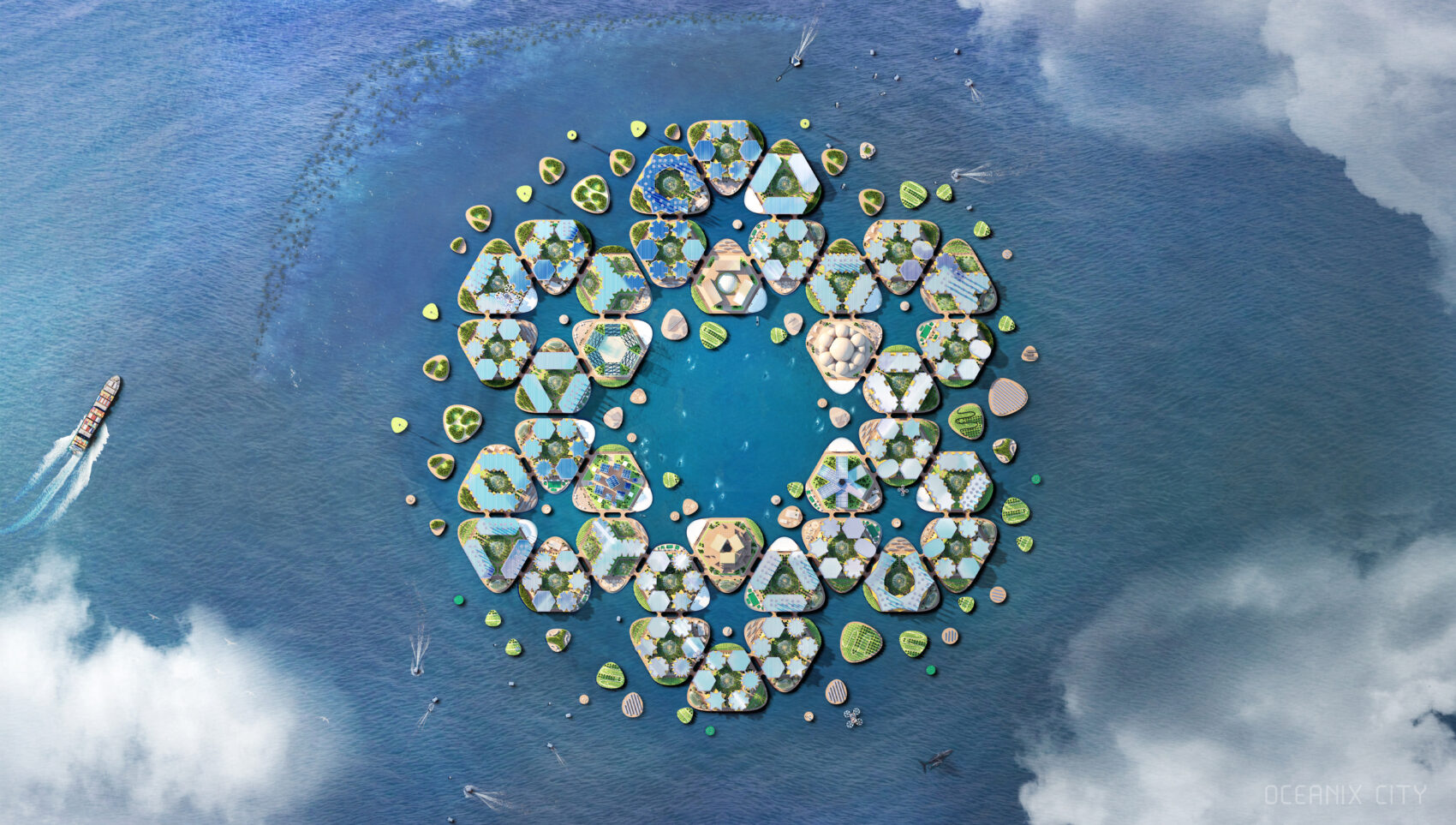 How did the idea come about? Oceanix was founded by Marc Collins Chen, who, back in 2006, became French Polynesia’s minister of tourism, a job that tasked him with assessing the threat of rising sea levels to the country’s 118 South Pacific islands. It was this experience that inspired him to come up with an alternative way of living.

In April, he shared his vision for floating cities with BIG at the debut United Nations high-level round-table on Sustainable Floating Cities in New York.

It was reported that the assistant secretary-general and deputy executive director of UN Habitat, Victor Kisob, said that “all solutions must be considered in how we build cities… It’s our duty to make sure this burgeoning sector is mobilised for the good of all people.” 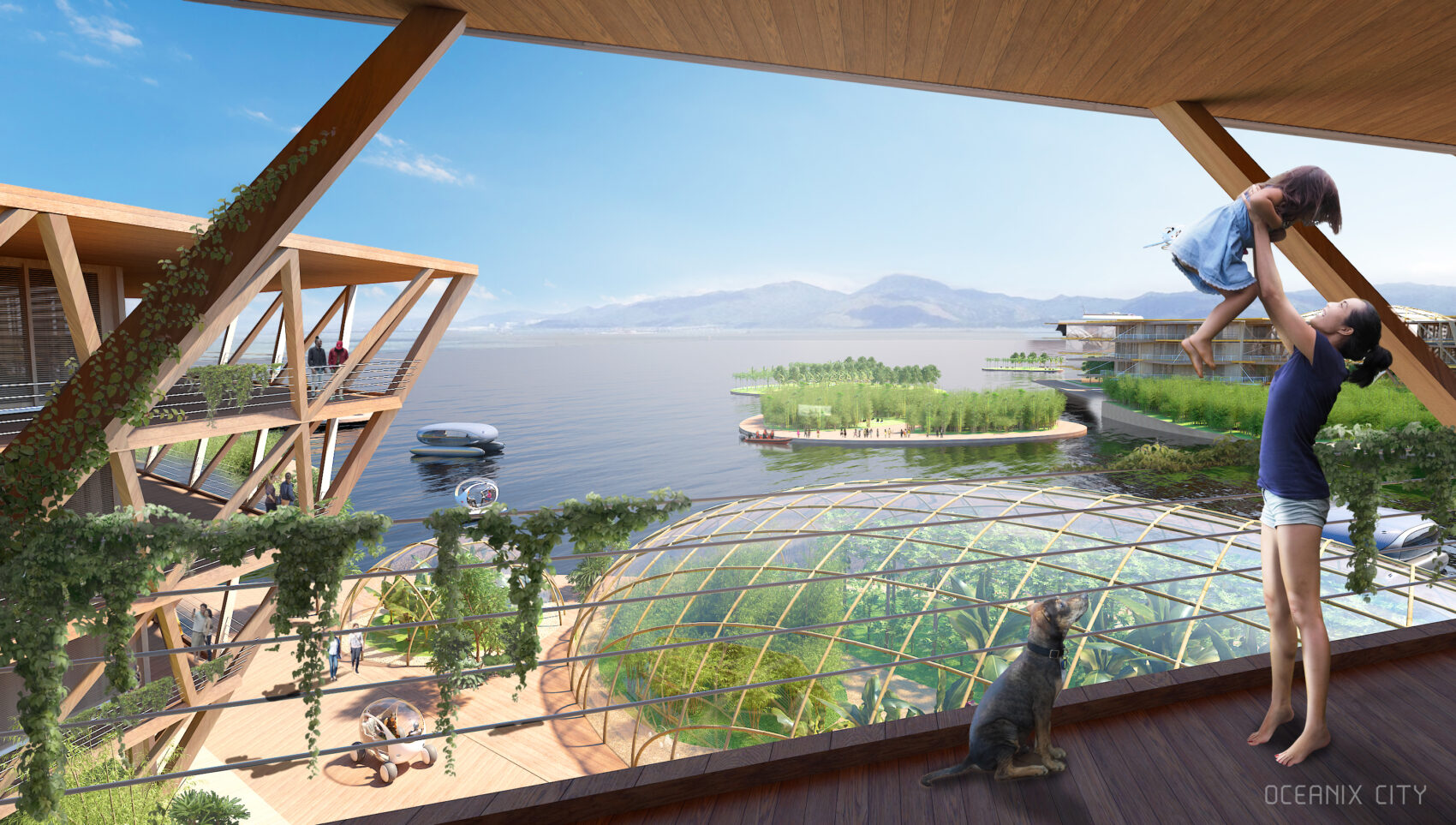 Would floating cities harm the environment further? Chen says humans can live on floating cities in harmony with life below water. “It is not a question of one versus the other. The technology exists for us to live on water, without killing marine ecosystems.”

He adds: “It is our goal to make sure sustainable floating cities are affordable and available to all coastal areas in need. They should not become a privilege of the rich.” 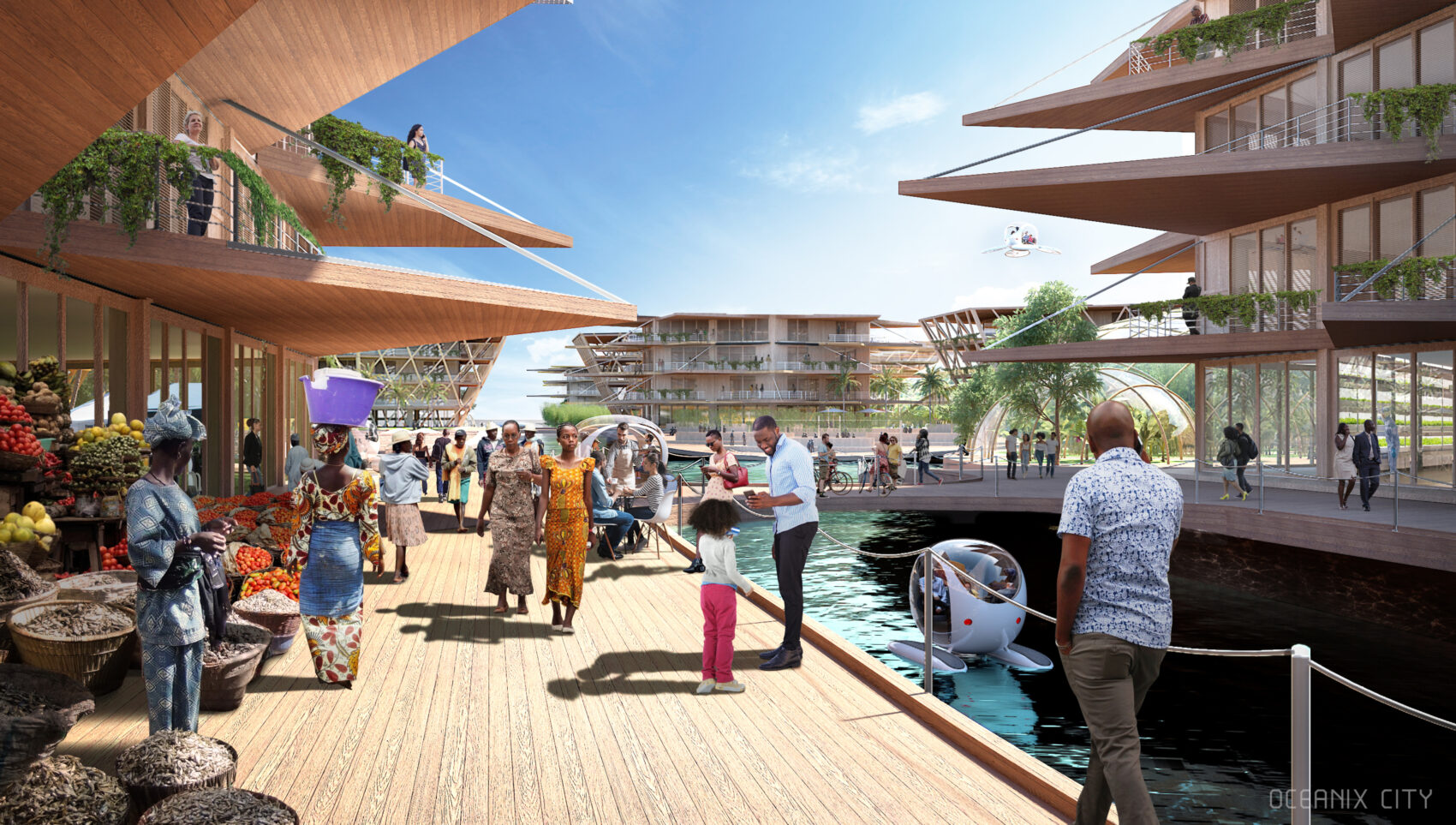 Buildings in Oceanix’s floating cities would be no more than seven stories high, to ensure a low centre of gravity and stand up to high winds and ferocious storms. Fast-growing bamboo would be used for construction. Public outdoor spaces would be shaded (glare from the sun would be a legitimate threat), while solar panels would soak up rays to power the city.

Communal farming, sharing culture, zero waste and fresh water autonomy (rainwater would be harvested and sea water desalinated) would also be defining features. Islands on the outer perimeters will be uninhabited to allow for agriculture, and to act as a buffer against high waves. 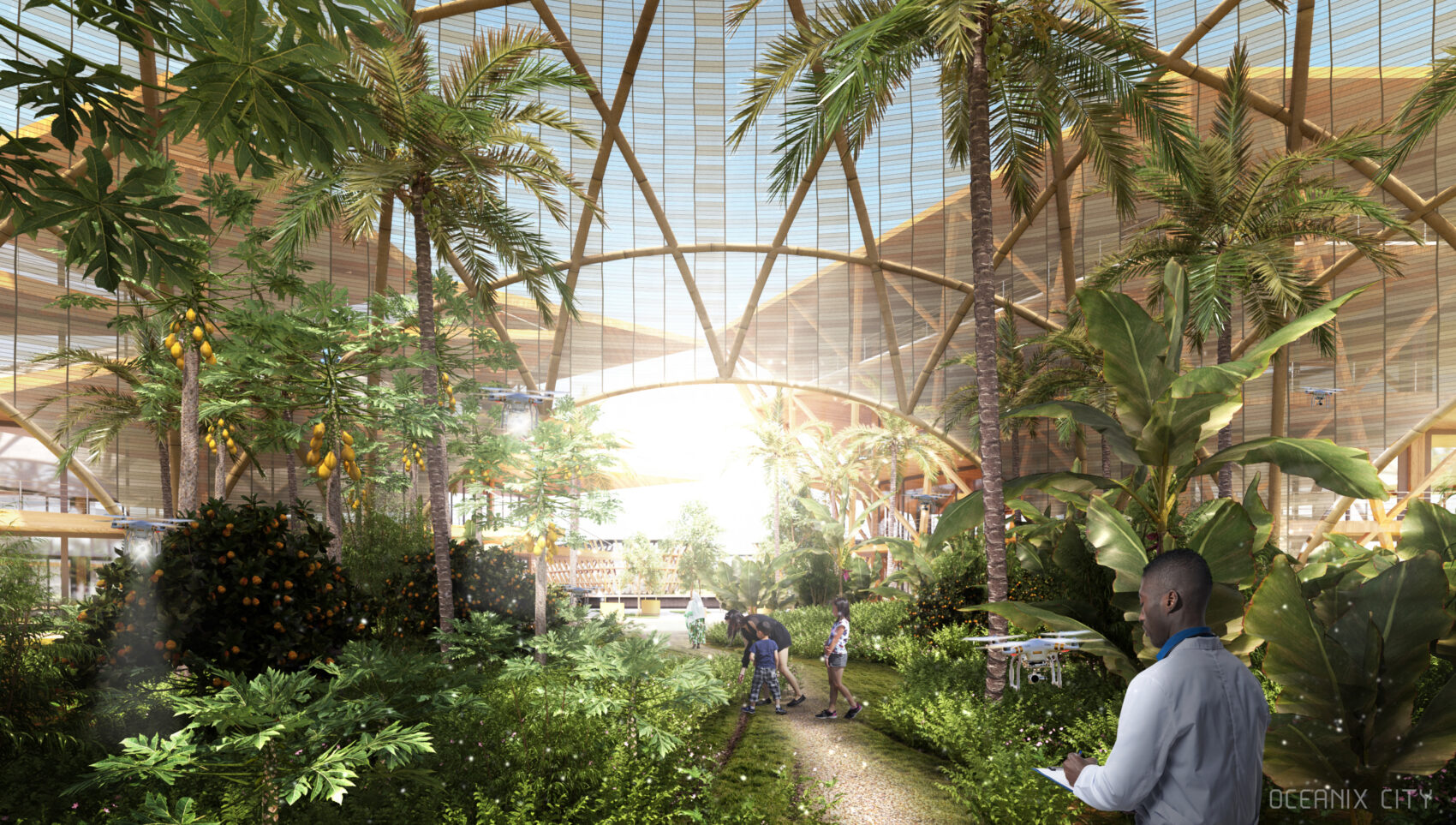 What’s particularly exciting about this floating city concept is that it would be modular and scalable, meaning it could be replicated anywhere on the planet.

How would designers stop Oceanix cities drifting away? Each island would be secured to the bottom of the ocean with reef-like limestone “biorock” columns, formed by the electro-accumulation of minerals in seawater. Meanwhile, growing underneath would be seaweed, oysters, mussels, scallops and clams that could be farmed. 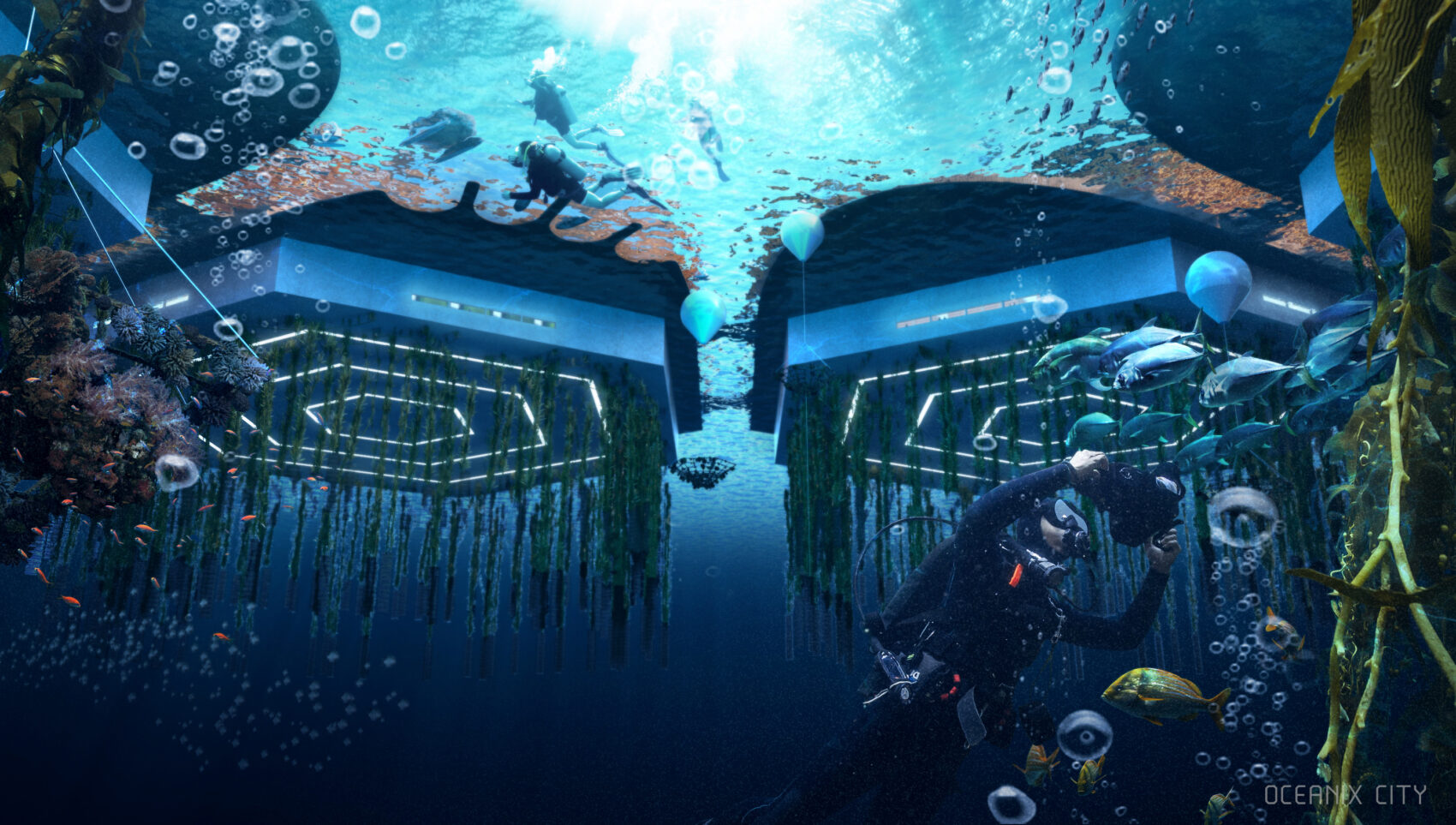 What would life be like in floating cities? Residents would be able to walk across floating platforms or take electric water taxis to get around (there would be no cars, of course), while protected harbours would sit at the centre.

To ensure a sense of community, there will be public squares, markets and centers for spirituality, learning, health, sport and culture. In short, they’d be utopian. (That’s the dream, at least.) 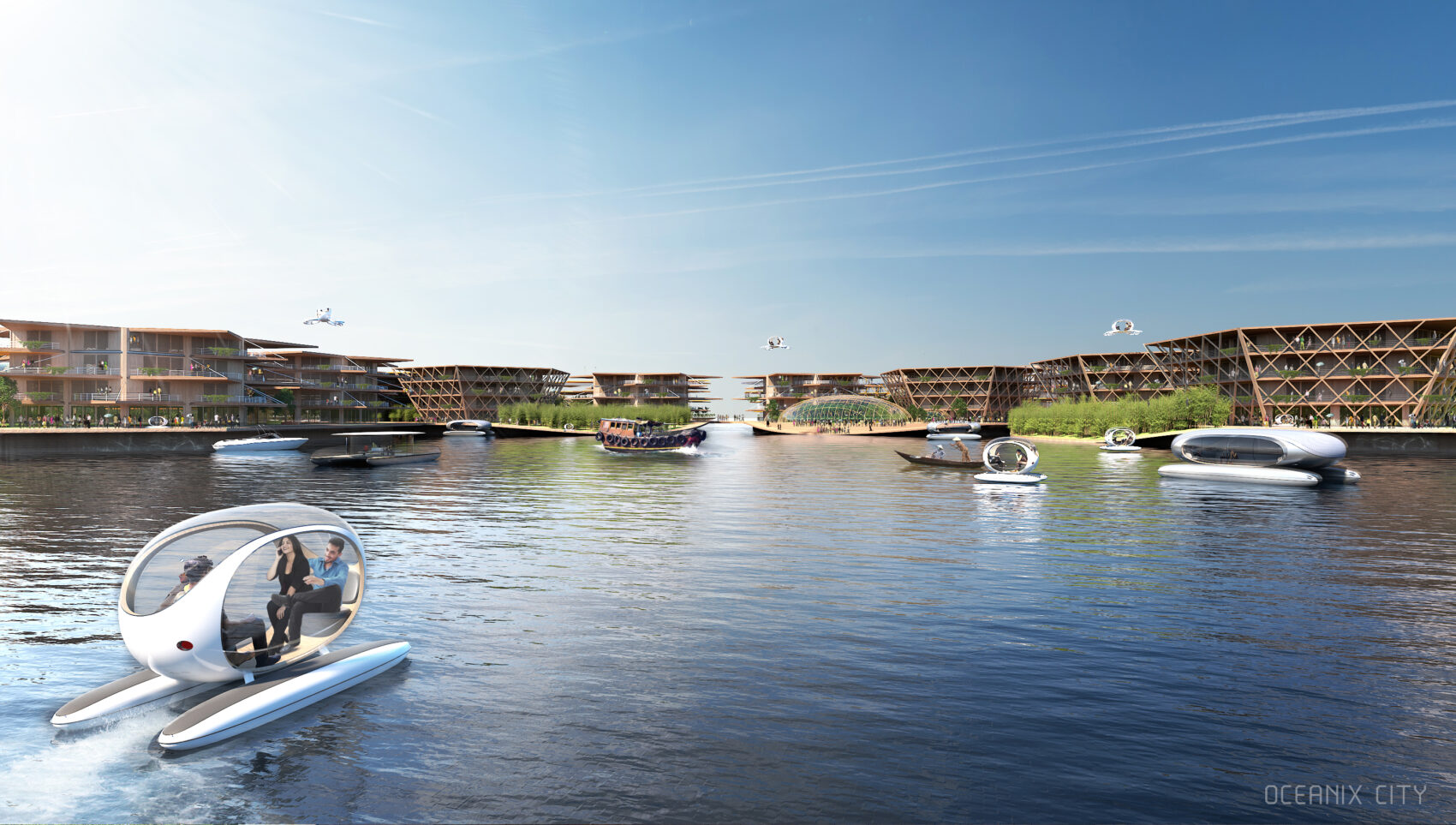 UN deputy secretary-general Amina Mohammed said in a statement: “We live in a time when we cannot continue building cities the way New York or Nairobi were built. We must build cities with solutions for low‑emission development – scaling safe and electric‑powered public transport solutions and changing the grid on which cities rely to clean energy solutions.

“Floating cities can be part of our new arsenal of tools. For example, because of climate change, cities are increasingly at risk of flooding. In Bangkok, the ground on which some parts of the city stands is sinking by around two centimetres every year, according to some estimates, while sea levels in the Gulf of Thailand are rising.

“In Lagos, the urban poor have responded to the lack of land and a growing population by living in floating villages on the outskirts of town. And in Singapore, land is so scarce that the city has, through land reclamation, expanded its size by almost a quarter since its independence in 1965.” 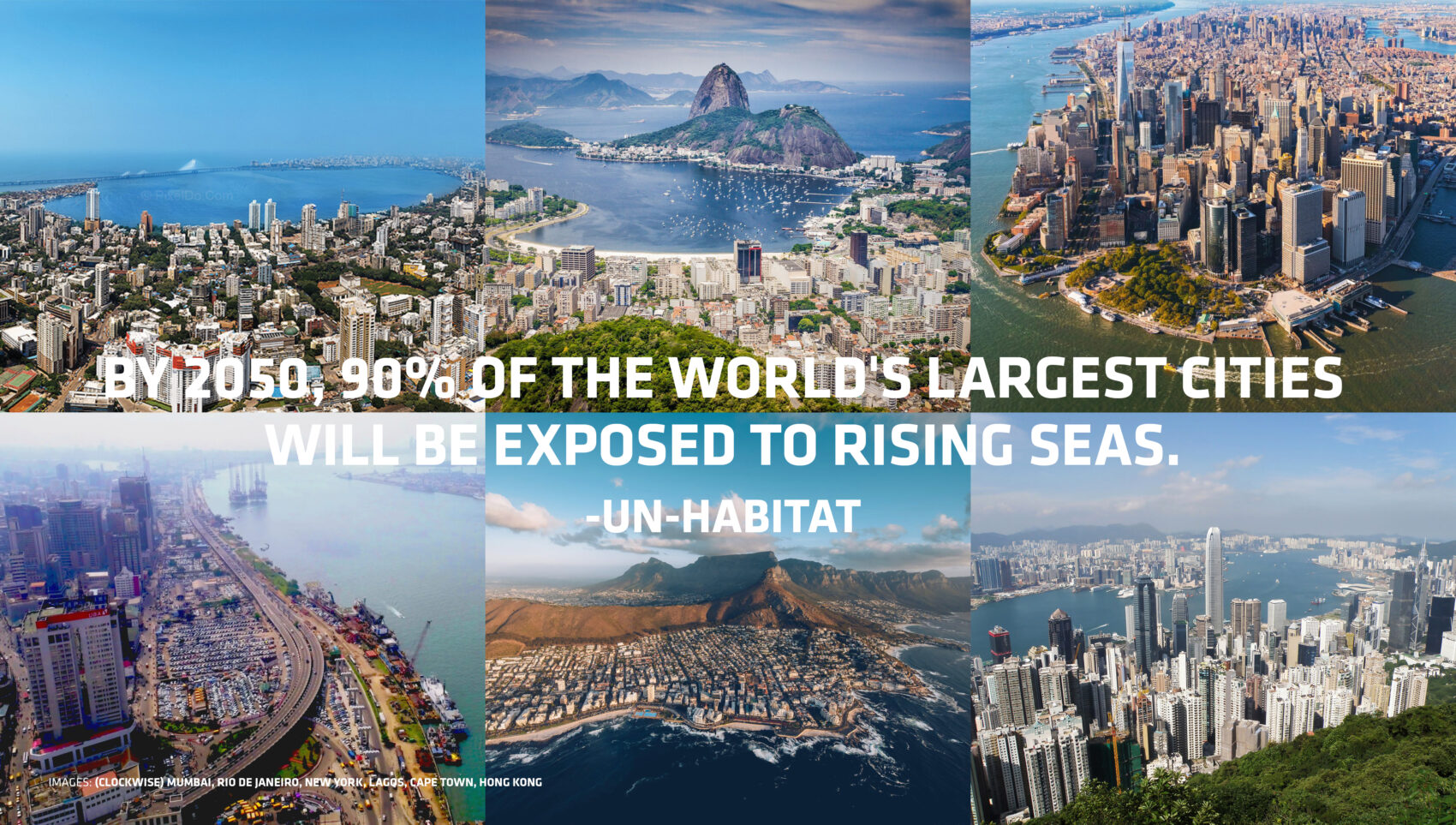 Mohammed concluded: “The challenges facing these and other cities are daunting, but not insurmountable. We will, however, need new tools and approaches to address the challenges we will face in the coming decades. And Sustainable Floating Cities give us an opportunity to reimagine how we build, live, work and play.

“Cities such as Seattle, Jakarta and Mexico City have made way for houseboats and floating markets for some time. The relationship of these communities with the water they live on highlights how water is integral to cities.

“A thriving city has a symbiotic relationship with its water. And as our climate and water ecosystems are changing, the way our cities relate to water needs to change, too.”