German car manufacturer Audi has unveiled a prototype of a vehicle that can both drive and fly, joining the growing raft of companies investing in urban aviation. Marisa Cannon reports

Called “Pop Up Next“, Audi’s zero emission vehicle combines a passenger drone with a zero-emission autonomous electric car, the idea being that passengers will benefit from the efficiency and convenience of “multi-modal operation” in the air and on the road.

Audi successfully trialled the craft’s ability to fly, land and drive itself during a debut public test flight at Amsterdam’s Drone Week, although the prototype is currently a 1:4 scale model, not a full-sized vehicle. With help from partners Airbus and Italdesign, Audi says it hopes to launch the flying taxi in “the coming decade”. 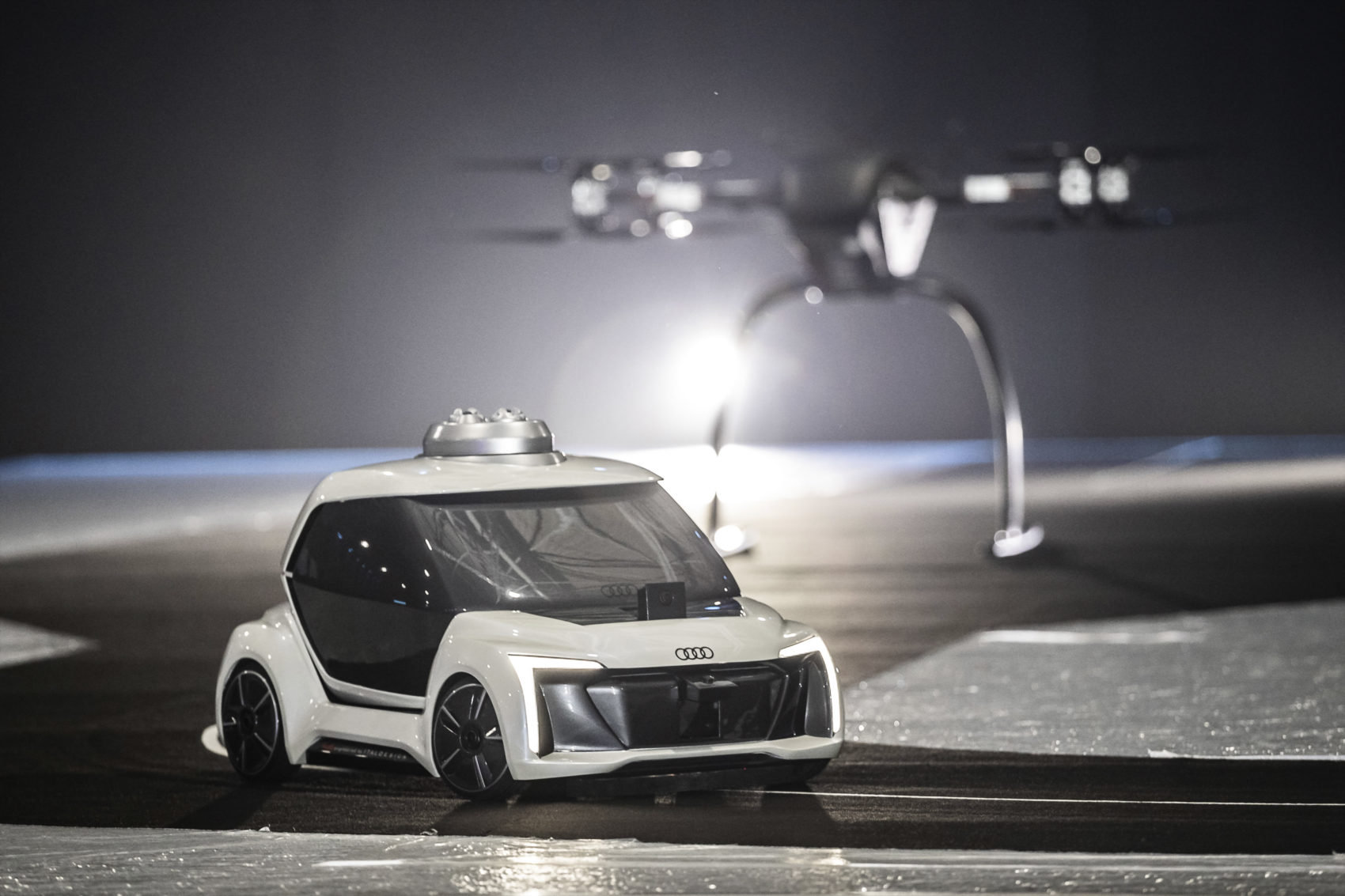 Bernd Martens, Audi board member for sourcing and IT, and president of Audi subsidiary Italdesign, says: “Flying taxis are on the way. More and more people are moving to cities. And more and more people will be mobile thanks to automation.

“In the future, senior citizens, children and people without a driver’s license will want to use convenient robot taxis. If we succeed in making a smart allocation of traffic between roads and airspace, people and cities can benefit in equal measure.”

Together with Airbus subsidiary Voom, Audi is also testing how an on-demand service could work in South America, where customers book helicopters in places such as Mexico City and Sao Paulo with an Audi car ready to pick up or drop off passengers at or from the landing site.

Martens says: “With Pop Up Next we are simultaneously exploring the boundaries of what is technically possible. The next step is for a full-size prototype to fly and drive.” 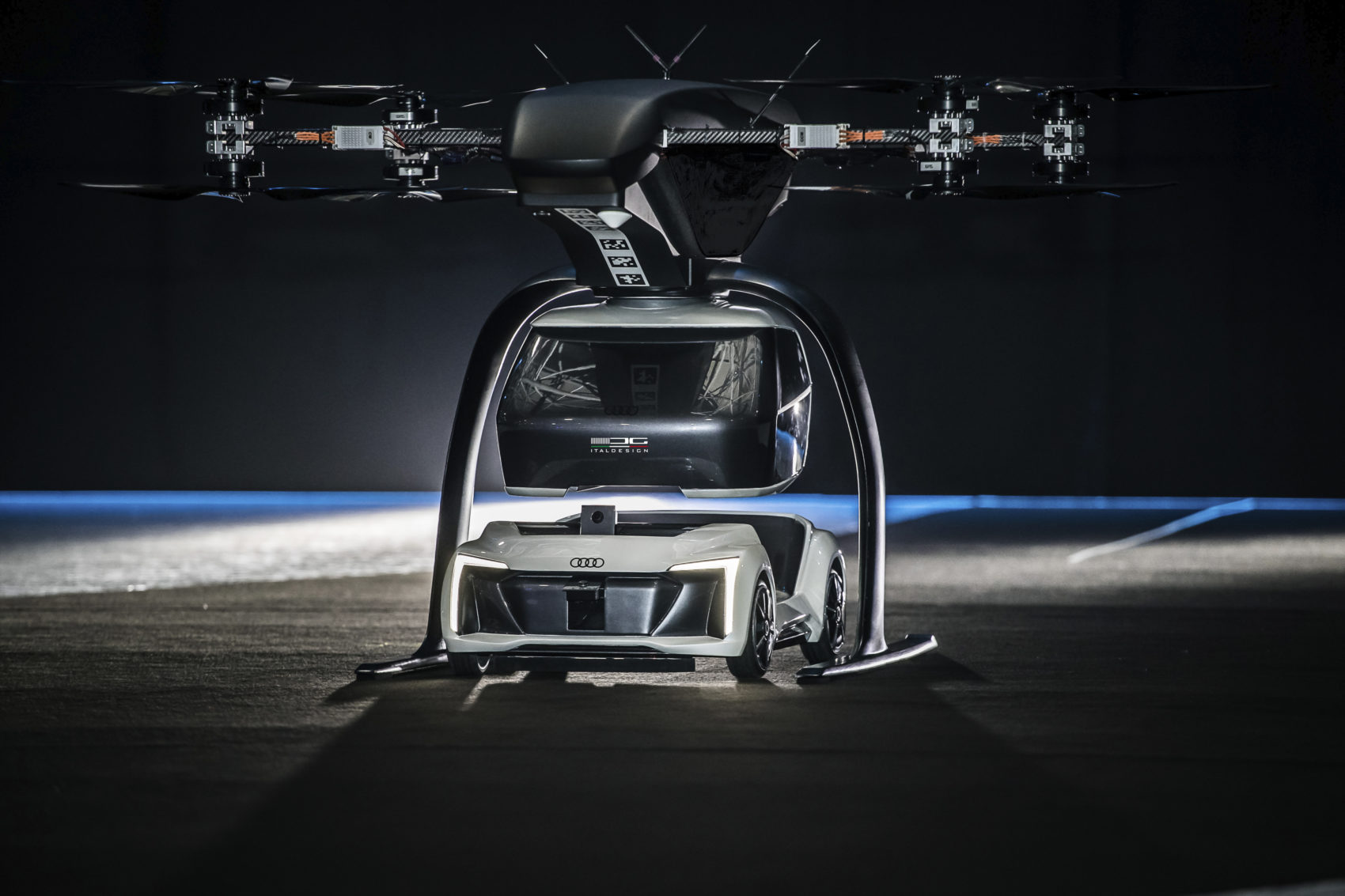 Who else is designing flying taxis?

It’s only a matter of time before flying cars become a reality – in fact, the race is on to bring them to the masses. US-based firm Terrafugia is launching its own automobile/plane hybrid, set to go on sale next year for about US$400,000.

At the same time, Bristol-based start-up Vertical Aerospace has developed the UK’s first VTOL (vertical take-off and landing) vehicle with plans to introduce an intercity taxi service by 2022, while Uber says its own airborne taxi scheme, Uber Elevate, is on track to take off in 2020 in Dallas, LA and a third as-yet undecided city.

Elsewhere, Kitty Hawk aviation company plans to test its plane-drone hybrid Cora in New Zealand as part of its certification process in the next three years, while engine maker Rolls-Royce has also designed its own eVTOL which could travel at speeds of up to 250mph.