Shabu-shabu is a hearty Japanese hotpot loaded with meat, seafood, carbs and vegetables, served with dipping sauces, where each ingredient is cooked piece by piece at the dinner table.

Offering a communal, hands-on dining experience, it is a firm foodie trend in the Thai capital, where the shabu-shabu restaurant scene has been flourishing for some time.

And now, an experimental restaurant, Shabu Lab has just opened in Bangkok. It seeks to elevate the typical shabu-shabu dining experience by creating a futuristic science lab environment, and implementing design principles conducive to the experimental, practical element of enjoying food. 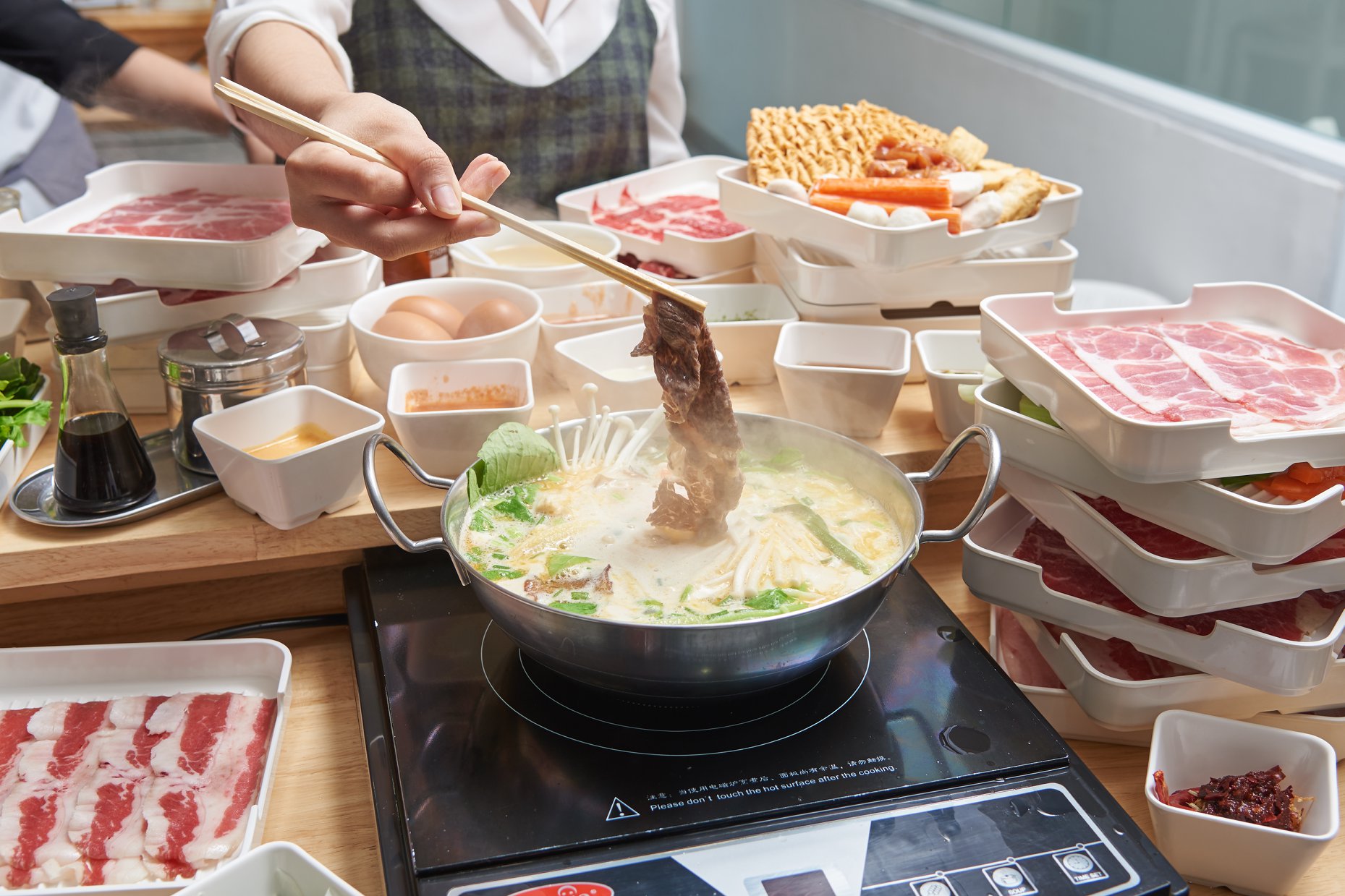 Dreamed up by Thai design firm Integrated Field, Shabu Lab takes the concept of a traditional shabu-shabu spot and injects it with the atmosphere of a working science lab. The team wanted to draw a parallel between the communal experience of concocting a shabu-shabu dish, and taking part in a science experiment – and the specific tools that each activity requires. 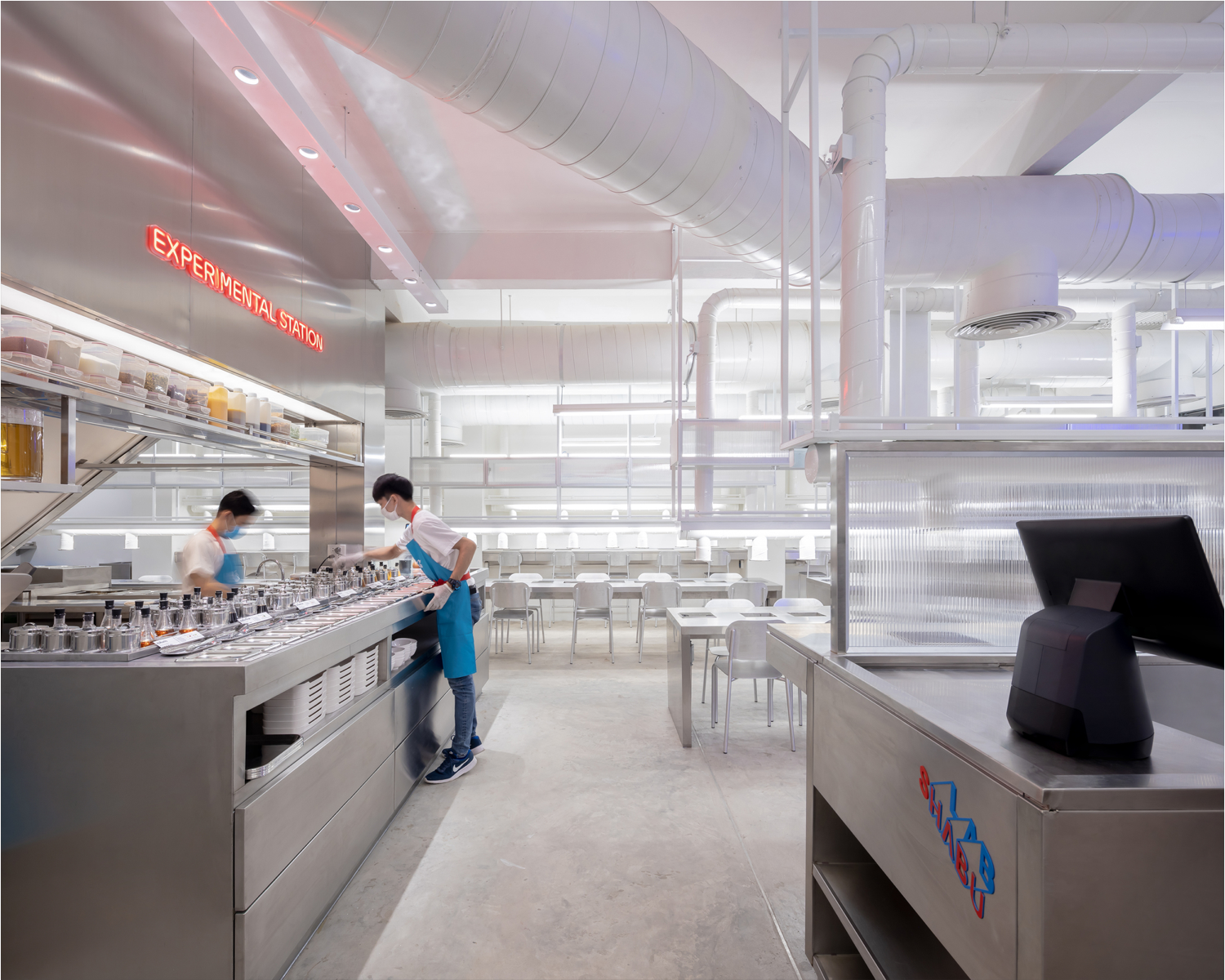 When diners enter Shabu Lab, they store their bags and belongings into specially-designed compartments. The idea is to clear their dining space – or “workspace” – of everything but the essential materials. 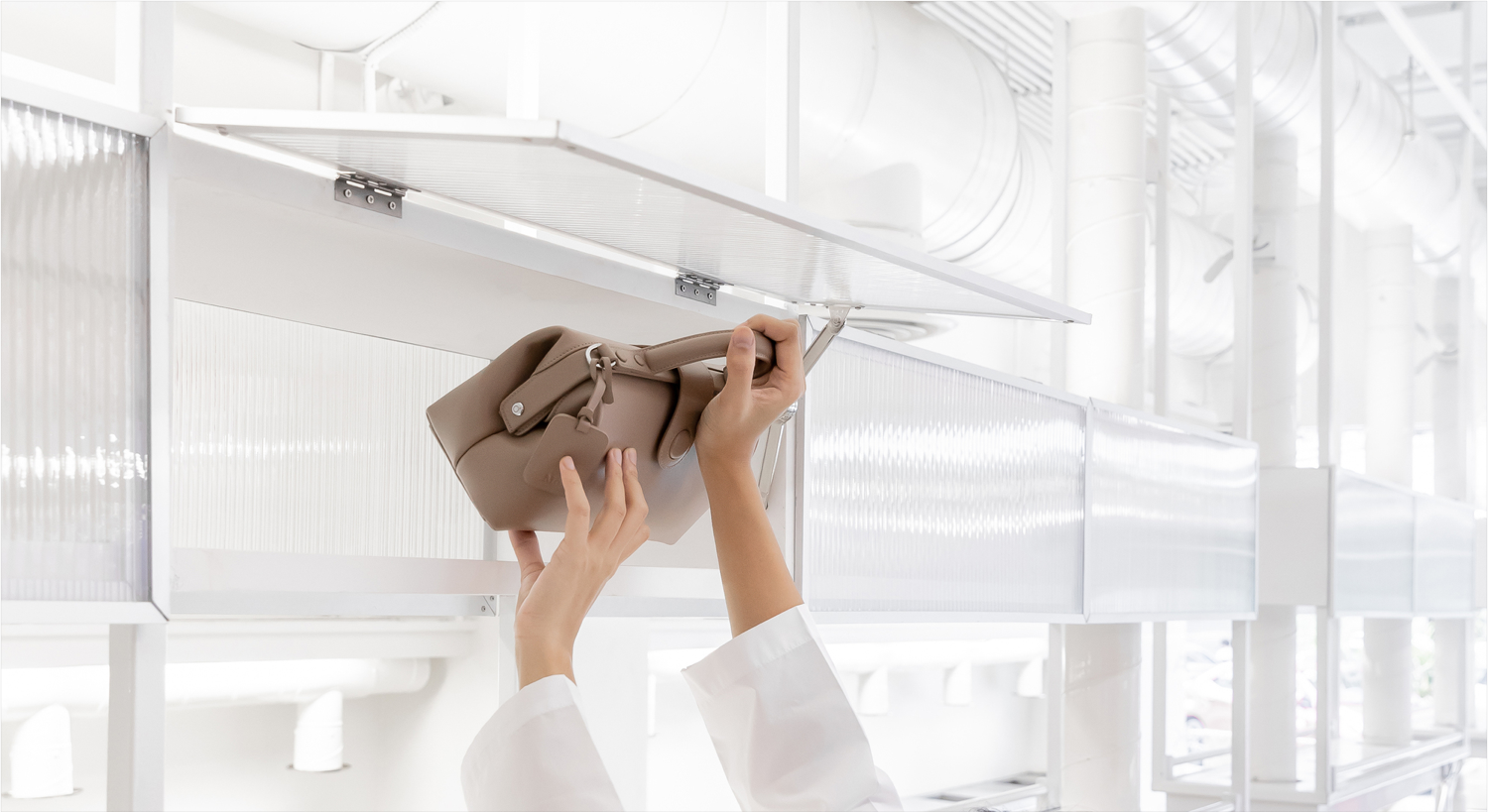 The layout has been crafted so that the stock room, food preparation station and expeditor station are in one area, in order to streamline employees’ work flow. 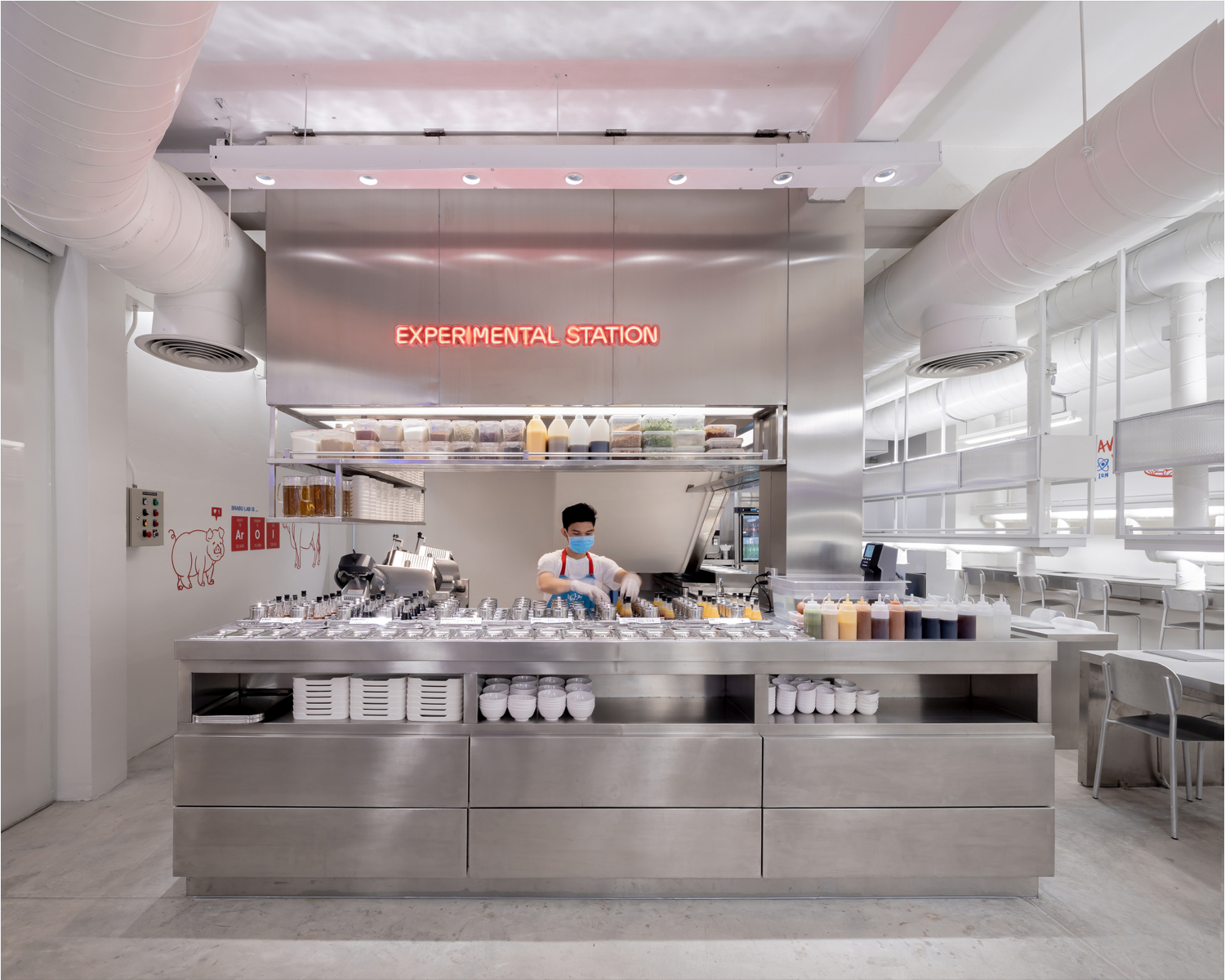 The Lab also has industrial overhead extraction hoods, which not only blend with the laboratory aesthetic, but remove cooking fumes so they don’t linger on diners’ hair and clothes. 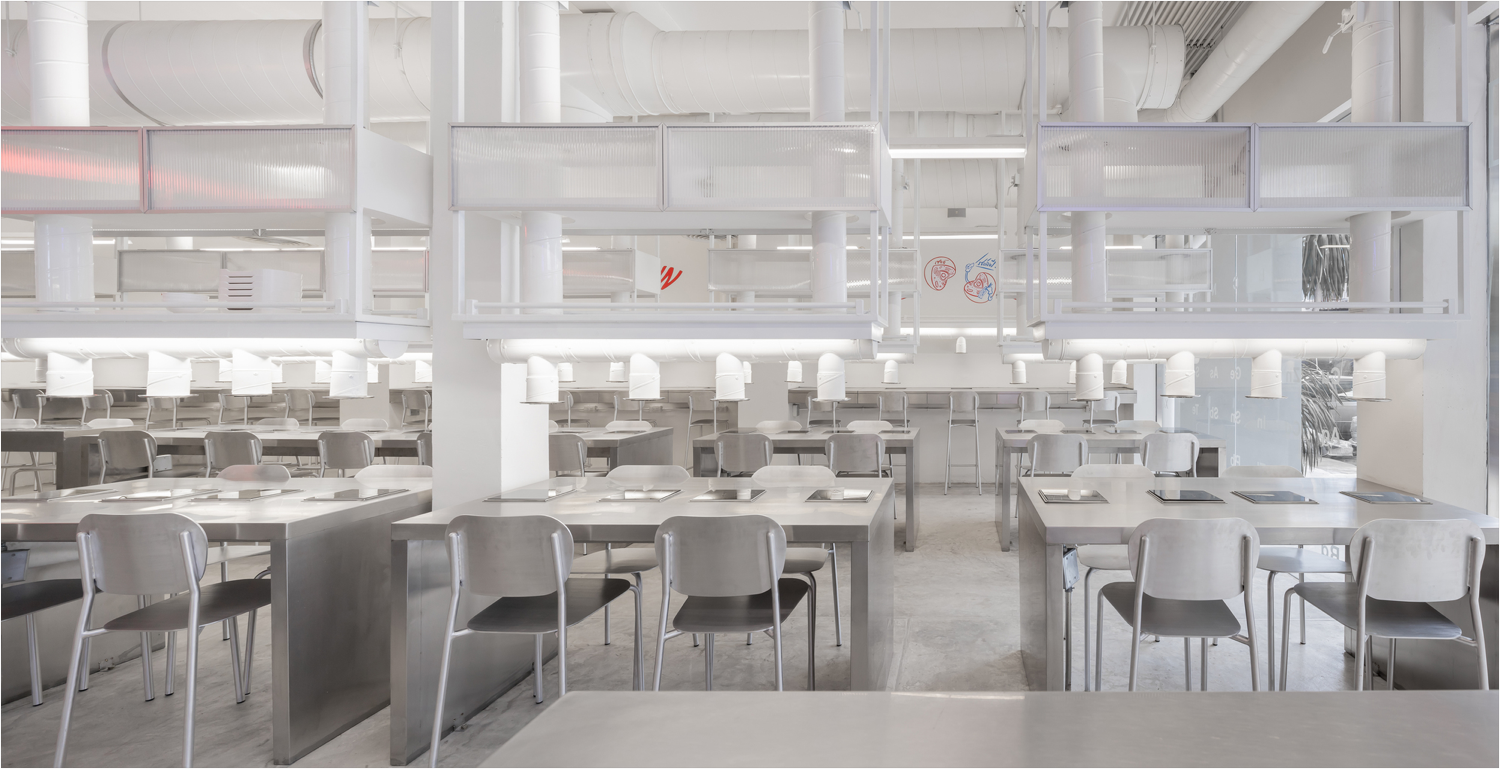 The concept’s range of fresh ingredients ties in with its modern, scientific aesthetic, featuring imported Australian beef, as well as pork, fish cake, squid, crab sticks, vegetables noodles, rice and sauces – a list from which diners can concoct their ideal shabu-shabu.