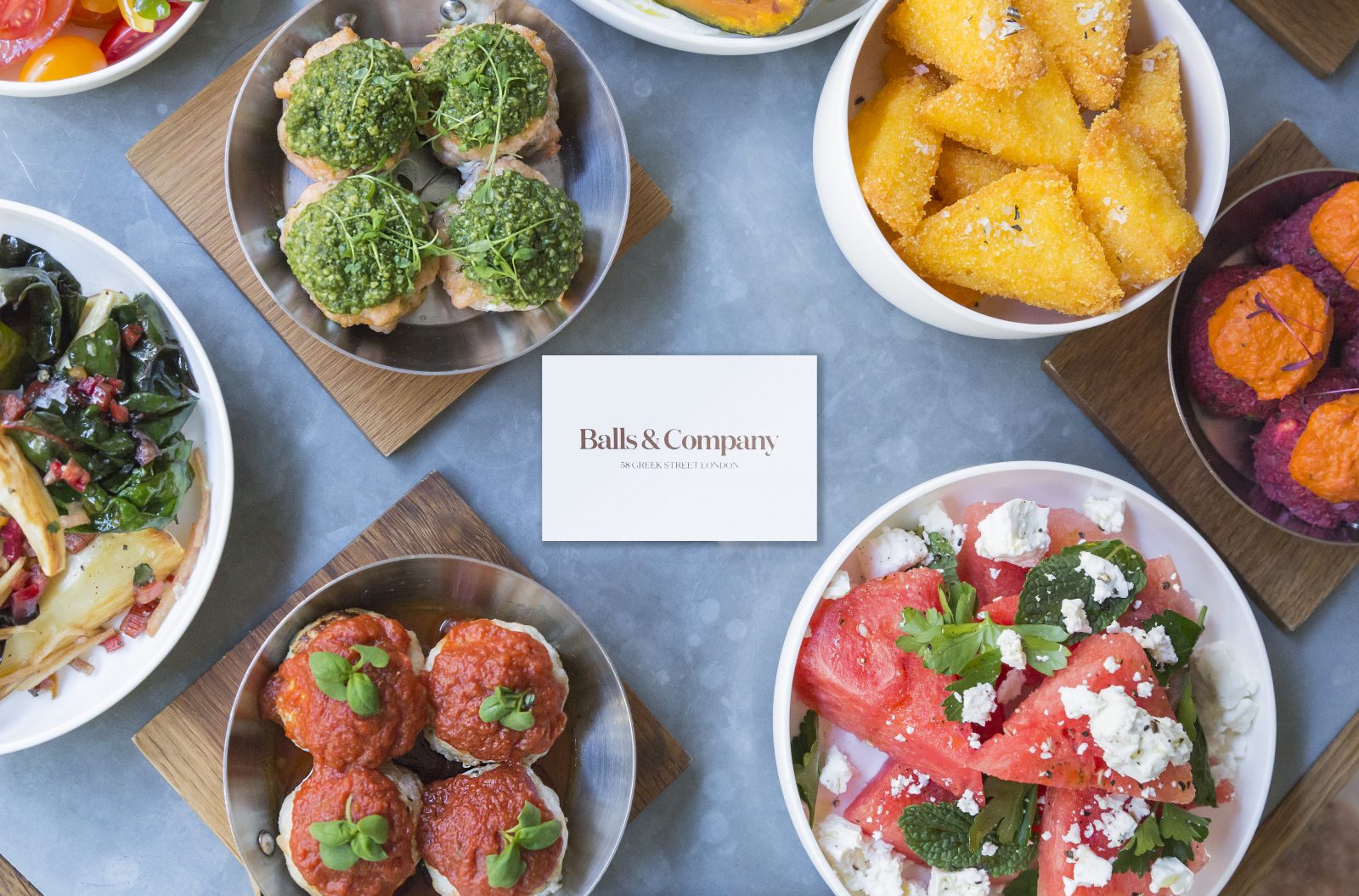 Balls & Company is a two-year-old restaurant on London’s Greek Street in Soho, which specialises in meat (and veggie) balls served as small plates with gourmet garden sides. Jenny Southan reveals what makes it stand out from the crowd

In terms of the trendspotter’s “diffusion of innovation curve”, the small plates trend has well and truly travelled from the innovators to the early adopters, the early majority to late majority and now to the laggards.

These days, anyone opening a small plates joint with staff to tell you that you need to order four to five per person is not going to win points for imagination – or queues of people down the road. However, there are existing restaurants that have made a mark with their bite-sized portions, and deserve repeat visits. Balls & Company is one of them. 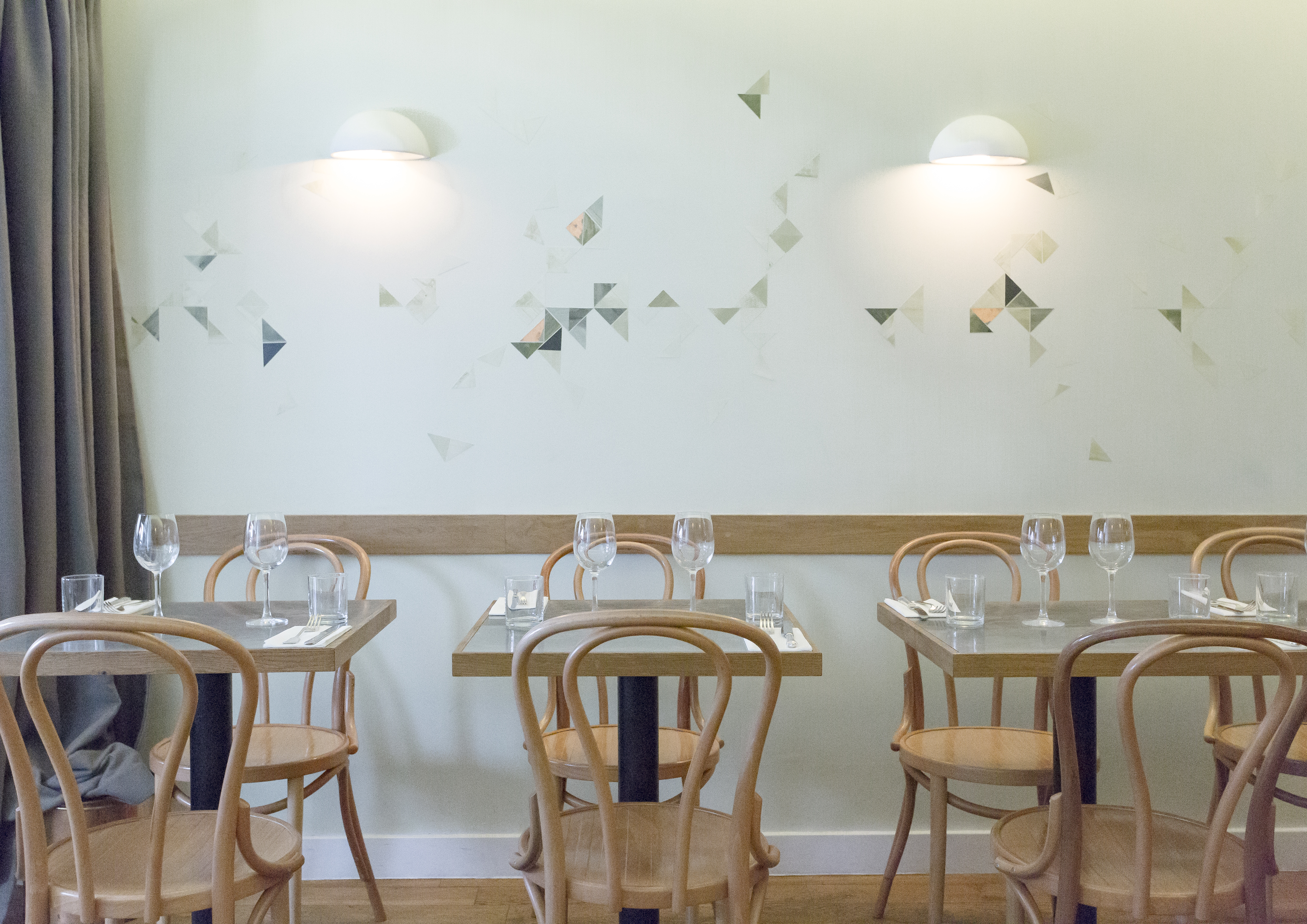 It’s to be expected that reservations cannot be made unless you’re coming as a group of eight or more, and on the Thursday night I visited, it was busy, so I was lucky to get a table. Although the cosy, stripped-back restaurant doesn’t seat more than 30 people, there is a hidden speakeasy downstairs called Company Below where you can have a drink while you wait.

Real thought and finesse has been applied to the menu, which lists about a dozen cocktails (the perfect number – not too many to choose from) incorporating curious ingredients such as clove smoke, creole bitters, aloe vera, poppy liqueur, walnut butter and apple cider shrub.

All are £9, which is reasonable, and despite sounding pretty weird, proved well balanced concoctions. I was drawn to the Naked and Green, a simple mix of mezcal, cucumber and lime, but ended up going for the Vane’s Decline, a blend of spiced rum, rooibos, rose water, black pepper and Angostura.

Once seated upstairs, we ordered some food. The balls come as fours served in miniature pans. It’s very hard to know what to choose, so I would recommend getting one round per person and swapping between you. We went for the extraordinarily delicious summer pea and ricotta quinoa balls in tomato sauce, and the aubergine arancini with cumin honey yoghurt. The exteriors were crisp but not greasy, and the fillings rich, moist and full of flavour.

The thing about small plates is they need to be divided up easily between diners, something I always found contradictory as it’s easier to divvy up a large platter than lots of tiny morsels, when everyone only gets half a bite. The balls are successful, though, in that you can have one each and are substantial.

The other balls on the menu are: spicy kale, edamame and avocado with a spicy cashew dressing and chickpea crumb; pork, ricotta, Parmesan, pine nuts and sage; chicken, thyme, lemon and dijon; and shortrib, barbecue and sofrito. They are priced £8-£10.50 and come with a choice of sauces including bechamel, romesco and pesto. The kitchen experiments with new combinations throughout the year so expect the menu to change. 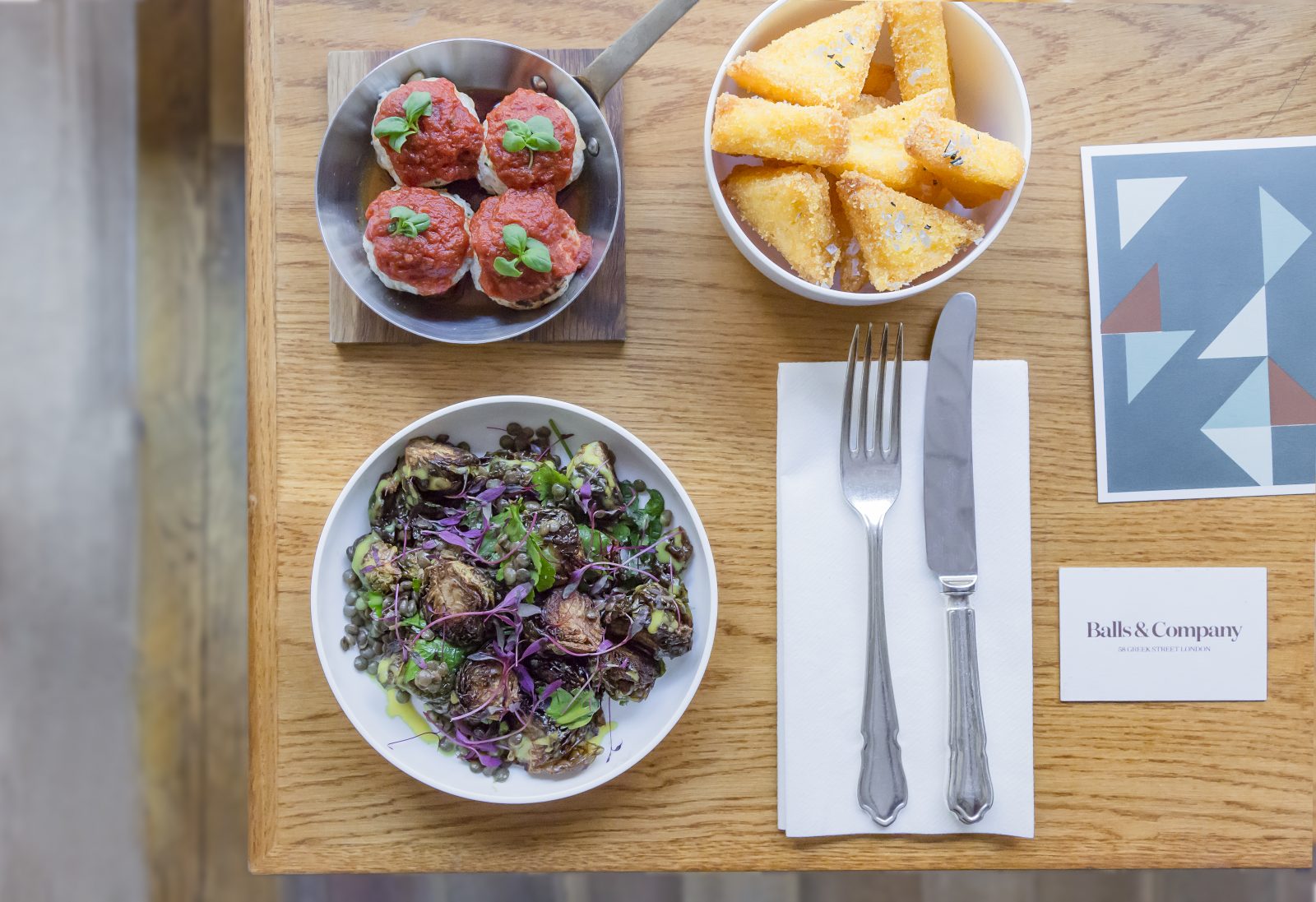 After my companion chatted to the chef for a bit, we were sent an unexpected portion of churro bites, which turned out to be one of the most delicious things I have ever eaten. Chewy, cheesy, fried dough sticks dipped into a sweet chilli jam. The side of spaghetti with Parmesan and black pepper was unnecessary but the asparagus topped with quails eggs and crispy capers was masterful.

In keeping with its philosophy of limited choice (of which I am a huge advocate – there is little that stresses me out more than an enormous buffet), the wine menu is a tight edit of four whites and six reds (£24-£38 a bottle). Plus a rosé, a prosecco, and a champagne for good measure. There are a couple of beers and house-made soft drinks (very on trend). Globetrender looks forward to returning, with company.