Designed to help young enthusiasts in the catering and bartending industry to launch their own businesses, the Canvas Project awards winning concepts with around €45,000 in funding and the chance to take over an unused space in a popular city centre Marriott hotel.

Marriott says: “Positioned as incubator labs, these restaurants sit outside Marriott’s standard restaurant protocols in order to fully experiment with the design. Each project is adapted and evolved depending on feedback and results, resulting in dining experiences that transform perceptions of hotel restaurants.”

Since its inception about a year ago, Canvas in Europe has given birth to four new businesses, three with people already working for Marriott and one, in Hungary, with a local entrepreneur. 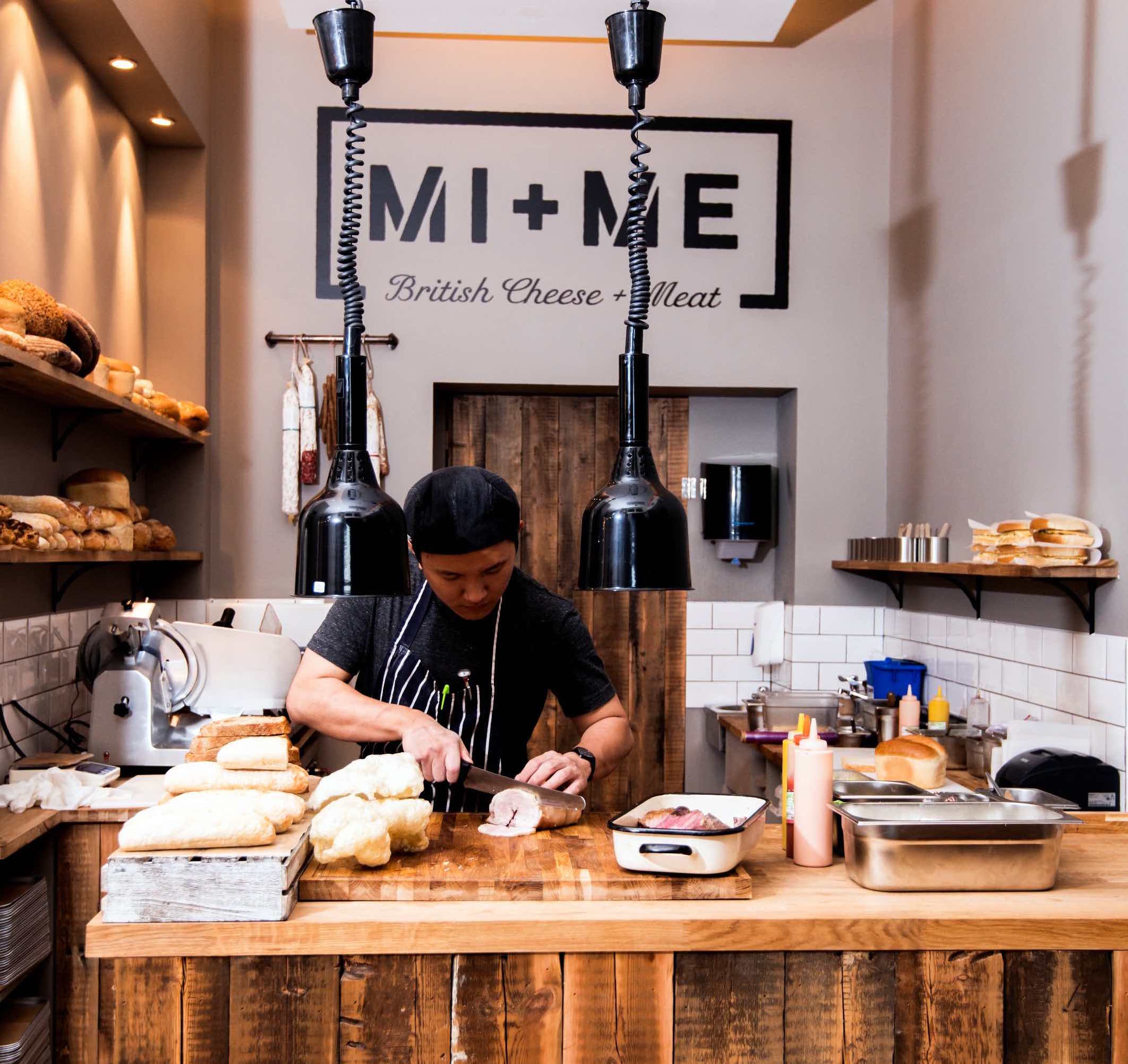 The Park Lane Roofnic – located on the roof of the London Marriott Hotel Park Lane – was the first to arrive on the scene. Accessed via a secret entrance, it was a pop-up summer bar inspired by British music festivals.

In a garden setting with wooden benches and pots of plants, affordable pulled pork tacos, cheesecake, juices and prosecco were served by winning candidate Marriott restaurant and bar manager Ashley Dawes (following an internal competition). It ran from May to September and had space for 100 seats.

Next up was cheese and charcuterie bar MI+ME, found in the entrance to St Pancras Renaissance hotel, also in London, by Marriott food and beverage director Andrew Nadin. Signature dishes include a salt beef sandwich and two-cheese toastie.

Over in Berlin, the Marriott Courtyard hotel saw the opening of the “#Hashtag Coffee Shop”, which sells currywurst, baked potatoes and doner kebabs.

The first public competition was won by Hungarian creative Imre Toth. He turned a former industrial space in the Budapest Marriott hotel into a craft beer bar with handmade puppets decorating each of the taps. (Sounds a bit freaky.) If you want to visit, it’s called Marionette Craft Beer House.

Jeremy Dodson, vice-president of food and beverage for Marriott International Europe, says: “Innovation is high on the agenda for Marriott as we become more relevant and connect with new audiences – we have already learnt so much from these initial pilots.

“By combining the creativity and passion of entrepreneurs with the scope and resources available in our hotels, we can create some truly extraordinary restaurant and bar experiences. We are excited about the road ahead with many more projects planned for Canvas in 2016.”