The first Razerstore in Europe is an aspirational high-end retail space with a basement arena for e-sports. Rose Dykins reports

Ioana Iliesiu is a senior experiential designer at YourStudio. “Experiential design breaks down a guest’s journey through a space,” she says. “It’s not about broad strokes, but a granular experience. It’s a kind of emotional engineering that taps into psychology, colour theory – even taste theory – to give a more rewarding, complete experience.”

Razer wanted YourStudio to come up with a shopping concept that reflected how gaming has evolved to become an aspirational lifestyle choice with broad appeal.

“We detected different markets and mentalities we were designing for,” she says. “There were the gaming enthusiasts and the professional e-sports players who use the Razer tech. We also wanted to create something aspirational for young gamers. 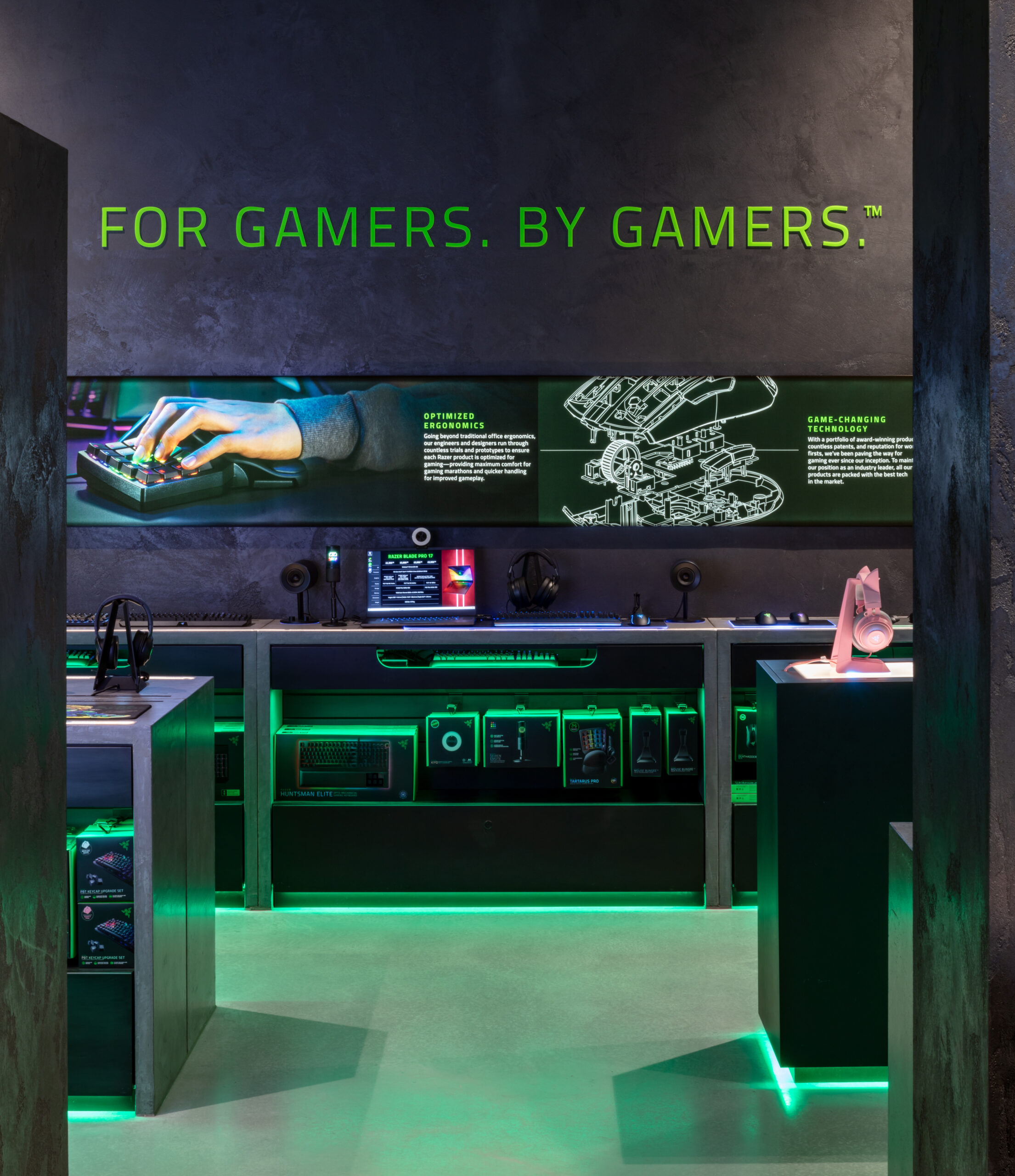 “It was also about challenging the outdated idea of an isolated gamer in their mum’s basement, and doing something different to open up the market to professionals who may use Razer’s hardware for other purposes. For example, the fast processors are ideal for graphic artists who use tech for rendering.”

YourStudio set out to create an immersive, high-end environment that was part-retail space, part community space. It needed to reflect how gaming has shifted to become as much of a spectator sport as a first-hand experience.

The 344 sqm space covers two floors, and is designed to gamify the shopping experience for customers, blurring the boundaries between the physical and the digital.

The ground-floor has a double-height ceiling monolithic concrete surfaces that make use of the height, and accentuates the changing LED aspects of the Razer technology. 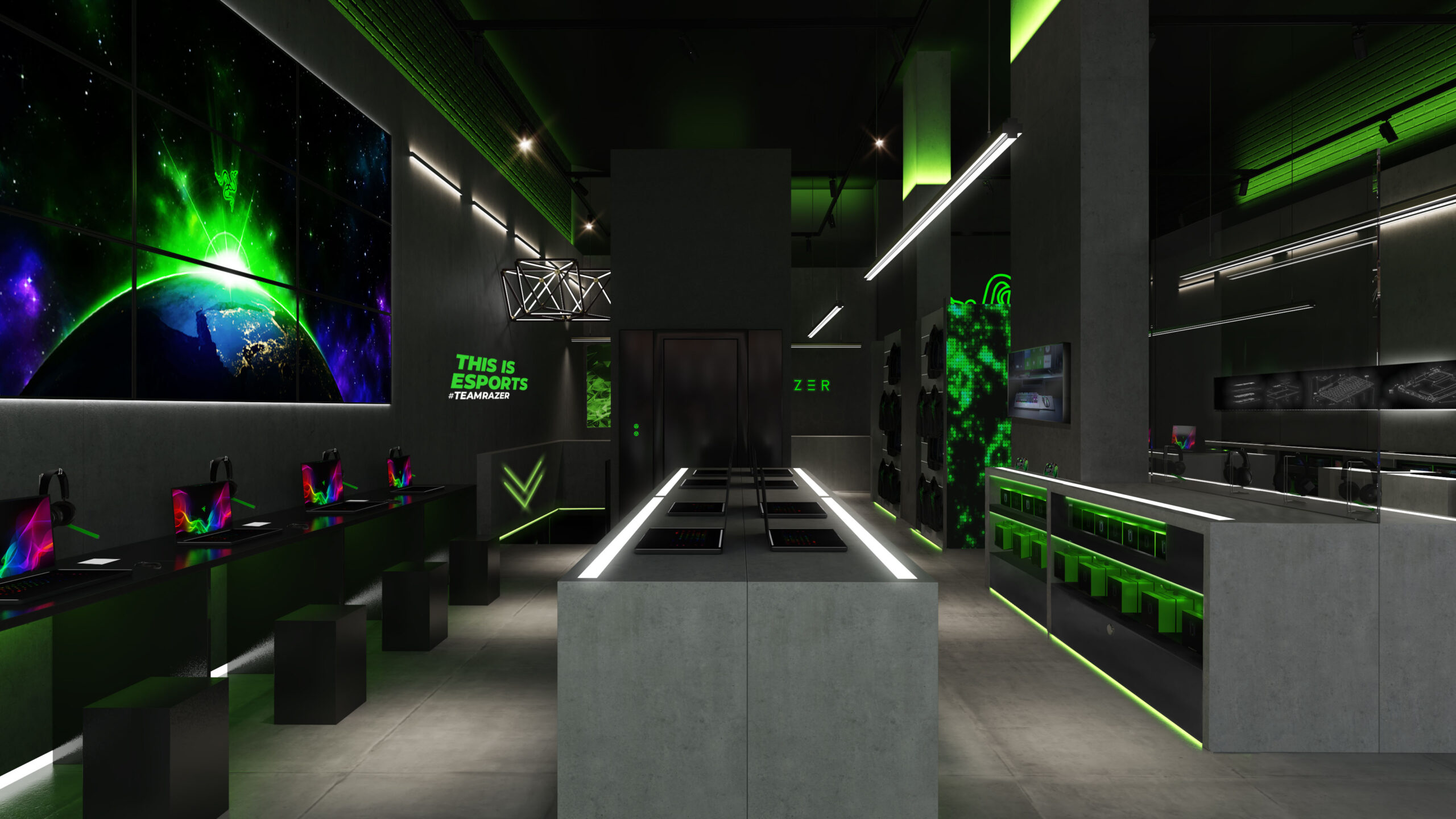 “You enter and it feels like a temple to gaming,” said Iliesiu. “The custom-made steel and concrete counters make it feel like an exhibition of the Razer product, or a museum.” Hero products are displayed on plinths, while a “shoppable exhibition wall” runs the length of the store, adorned with blueprints of Razer products.

The basement level of the flagship Razer store offers an aesthetic that mimics the brand’s signature Chroma lighting system, with grid-like lines of neon lighting, redolent of graphic lights found in retro games. 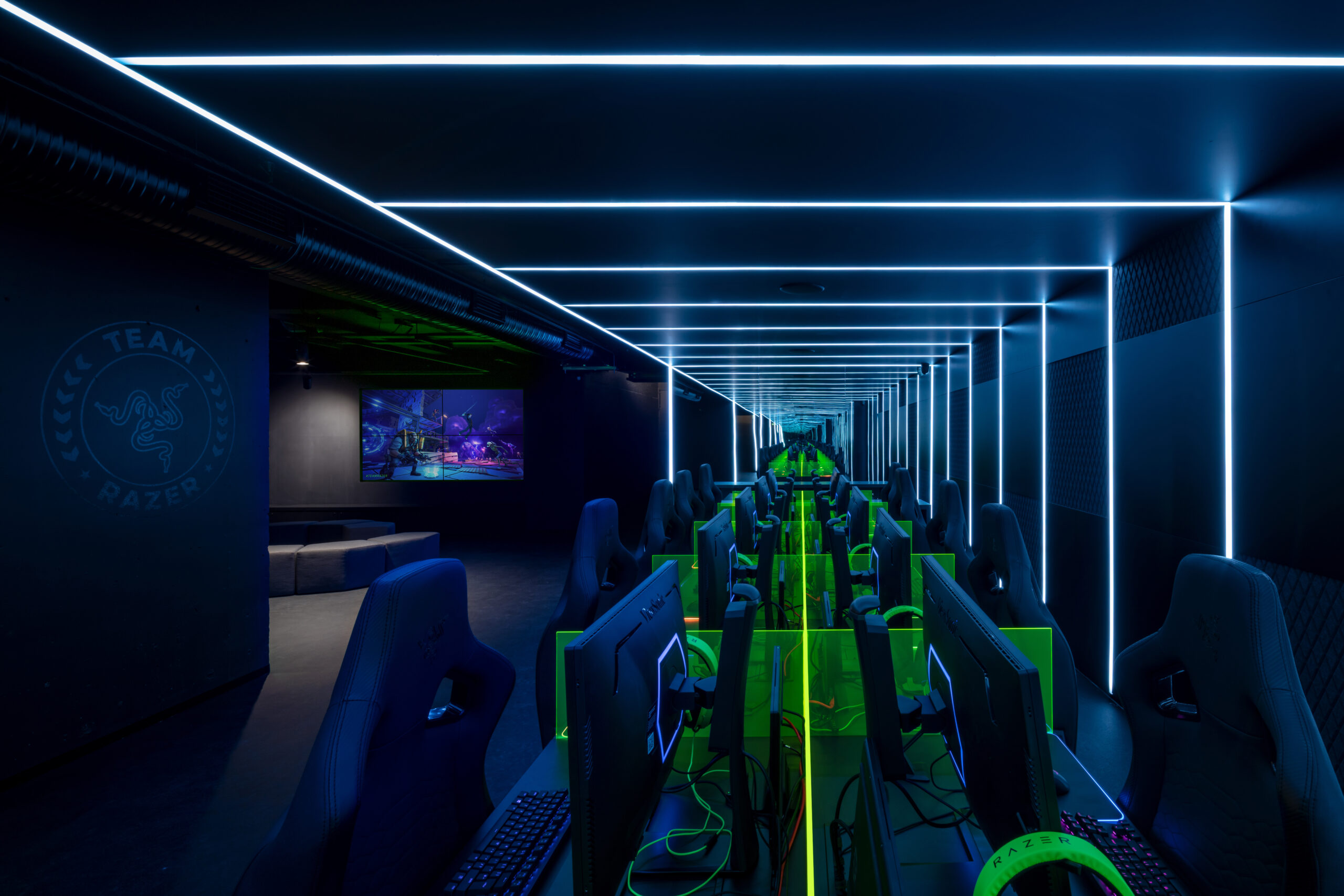 There’s a lounge area where guests can play on consoles, free of charge. A bar can be set up in the space for private gaming events, and it’s intended for the zone to host a programme of events and talks.

On the same floor is the e-sports mini arena. Customers can play on these individually, use them as part of the store’s programme of workshops, or they can be hired for tournaments.

“The arena can fit two teams of five, so there are ten computers facing each other that live feed onto a giant screen,” says Iliesiu. “This feeds up to the ground floor of the store, so visitors can see what’s going on and feel incentivised to go downstairs.”

Currently, Razerstore London is offering a curbside service shopping programme. Guests can order products via phone, email or Facebook Messenger, then collect them from the store two hours later.

London is also home to virtual reality gaming outpost Otherworld, demonstrating how this form of entertainment is moving away from living rooms to destinations in the outside world, opening up a whole new perspective on “gaming tourism”. 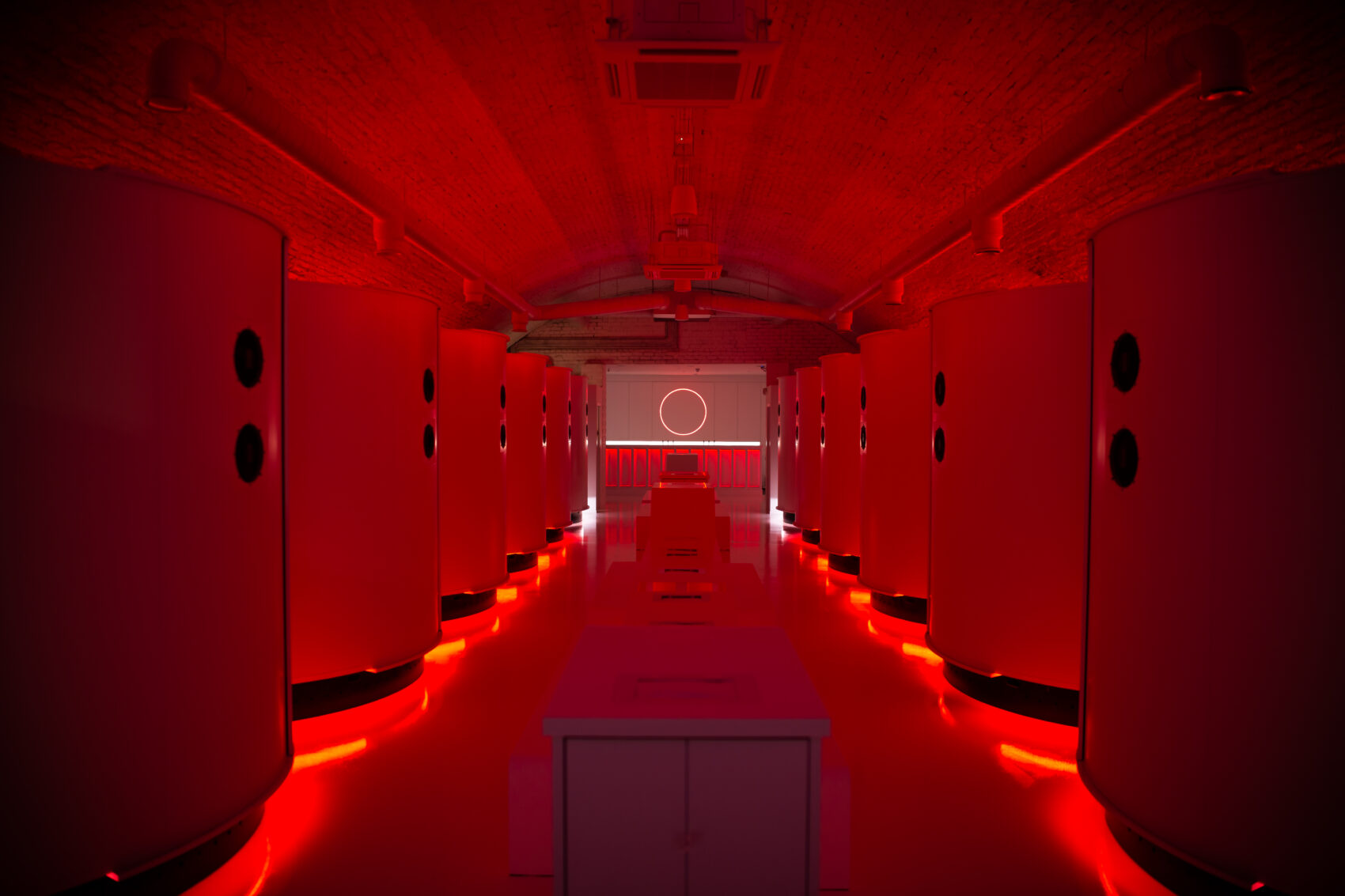 “We wanted to create an immersive space suited to a wider demographic than those normally associated with the stereotypical carpeted games arcade from the 1980s,” says Lucas Che Tizard, the founding director of Red Deer, which designed Otherworld.

The space contains 14 immersion rooms each with VR and sensory effects, which include heat and wind. Visitors can choose from 16 different experiences and games, in which they wear innovative VIVE headsets.

E-sports studios from the likes of Razer and Otherworld prove that gaming tourism isn’t just a trend that is taking place within the digital realm – humans are also travelling to dedicated real-world hubs to plug and play.