Italian architect Stefano Boeri has designed a green ‘smart forest city’ for Mexico’s resort destination of Cancun. In addition to being planted with millions of trees and shrubs to help reduce its carbon footprint, it will also be a hub for climate change innovation. Rose Dykins reports

Nestled on the white sands of Mexico’s Yucatan Peninsula, Cancun appeals to several kinds of travellers. Families, honeymooners and “spring-breakers” from North America typically flock there for its its world-class beach resorts, Mayan ruins and hedonistic nightlife.

But futuristic plans are underway to diversify Cancun’s offering, by building a sustainable smart city alongside it that helps mitigate some of the damage cities do to the natural environment, and that will help find solutions to the planet’s most pressing climate change problems.

“Urban forestry” is the signature of Italian architect and urban planner Stefano Boeri. His firm, Stefano Boeri Architetti (SBA), is known for creating city-centre “vertical forests” – high-rise towers with staggered balconies overhanging with vegetation – in metropolises such as Milan, Shanghai, Cairo and Chicago.

SBA states: “An increase in the number of forests and trees with the use of a CO2 fertiliser will drastically reduce pollution, energy consumption and the urban heat island effect, increasing biodiversity of living species and making cities safer, more pleasant, healthier and attractive.” 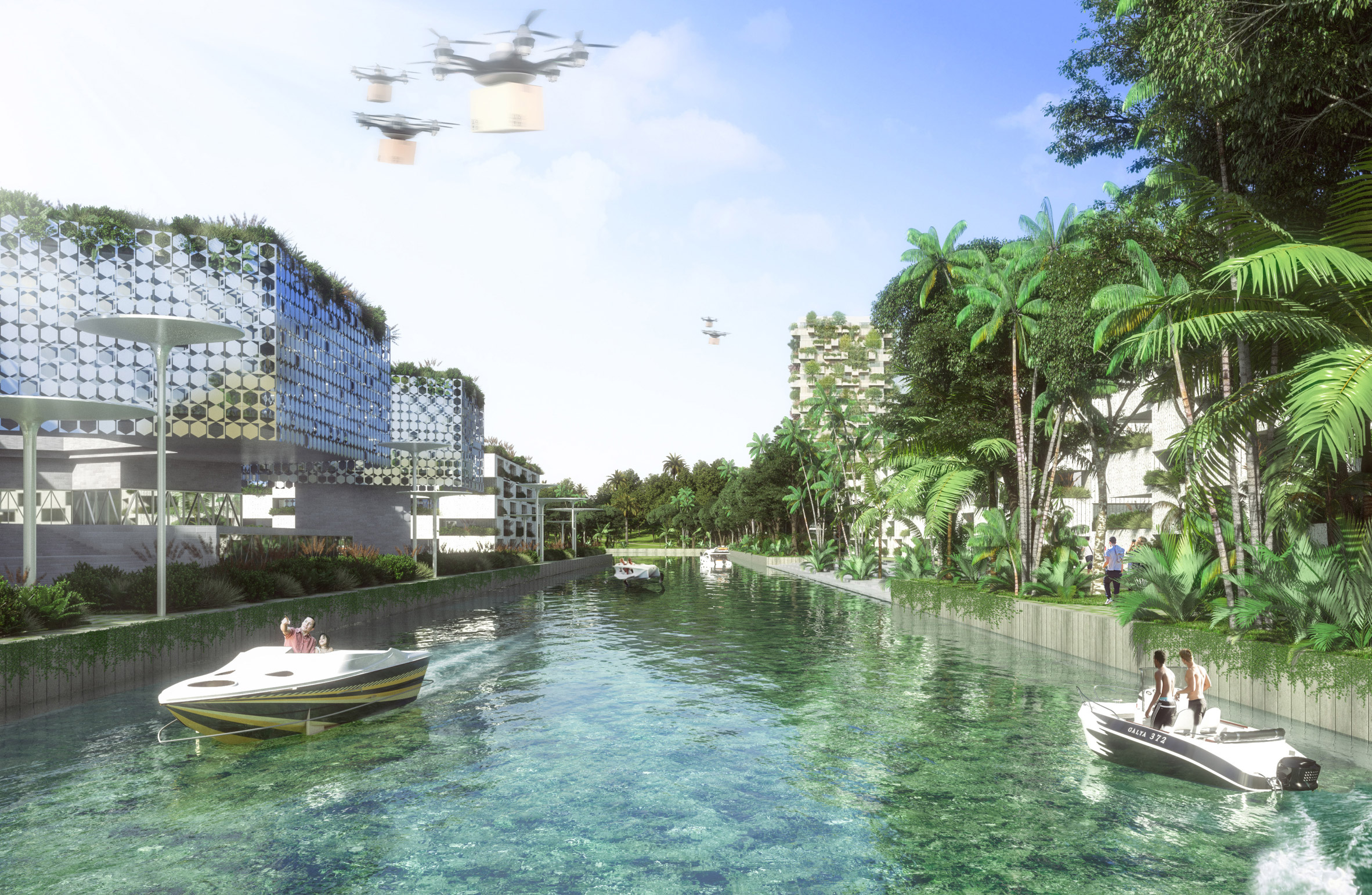 Now, Boeri’s architectural practice is taking things a step further with plans to build an entire forest city concept from scratch. Cancun Smart Forest City, as it will be called, will cover more than 1,376 acres of land.

The ambitious project will be “a botanical garden within a contemporary city”, built on a site that was originally set aside for a shopping centre. Instead, Cancun Smart Forest City will be an epicentre of cutting-edge research into sustainability, and an eco-friendly utopia dreamed into life.

Incorporating Boeri’s talent for urban forestry, the ratio of plants to people in this smart city will be almost equal – with 362 hectares of planted surfaces (think parks, living façades and green roofs) in addition to a population of 130,000 humans. In total there will be about 7.5 million plants including 260,000 trees. 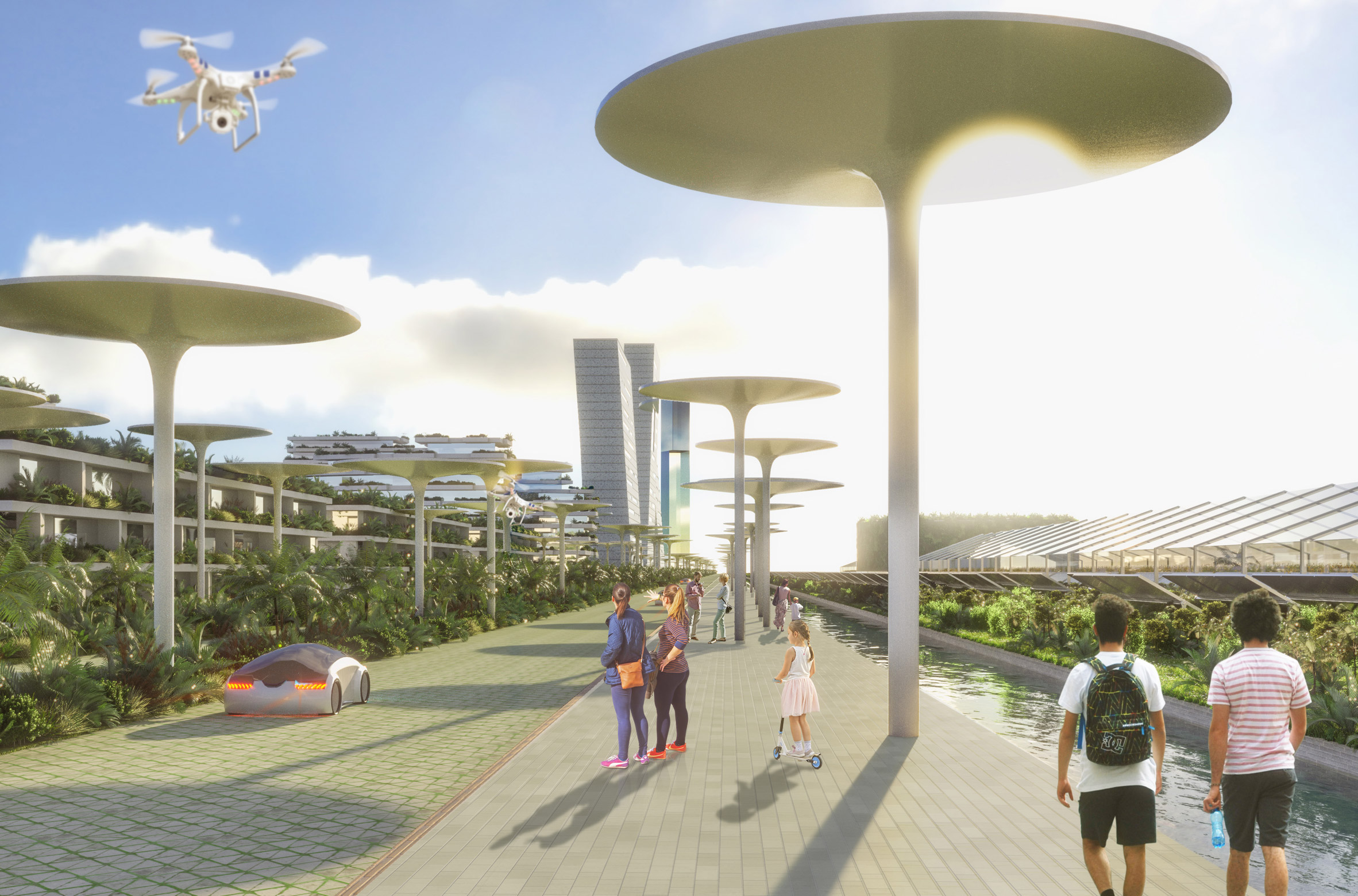 According to Stefano Boeri’s website, the project will incorporate Cancun’s local culture and history, building on the region’s “traditional local heritage and its relationships with both the natural and the sacred world”.

The project will be an “urban ecosystem in which nature and the city intertwine and act as a single organism, leaving room for untended vegetation planted on land, used by the public”.

Cancun Smart Forest City is designed to be a self-sufficient, with 100 per cent energy and food efficiency, and a circular economy.

It will integrate photovoltaic panels to harness power from the sun, while its dock and desalination tower will harvest and process sea water, before it travels through a network of canals to people’s homes and agricultural areas.

Each inhabitant will have “every service available at suitable walking or cycling distance” as cars won’t be allowed to enter. 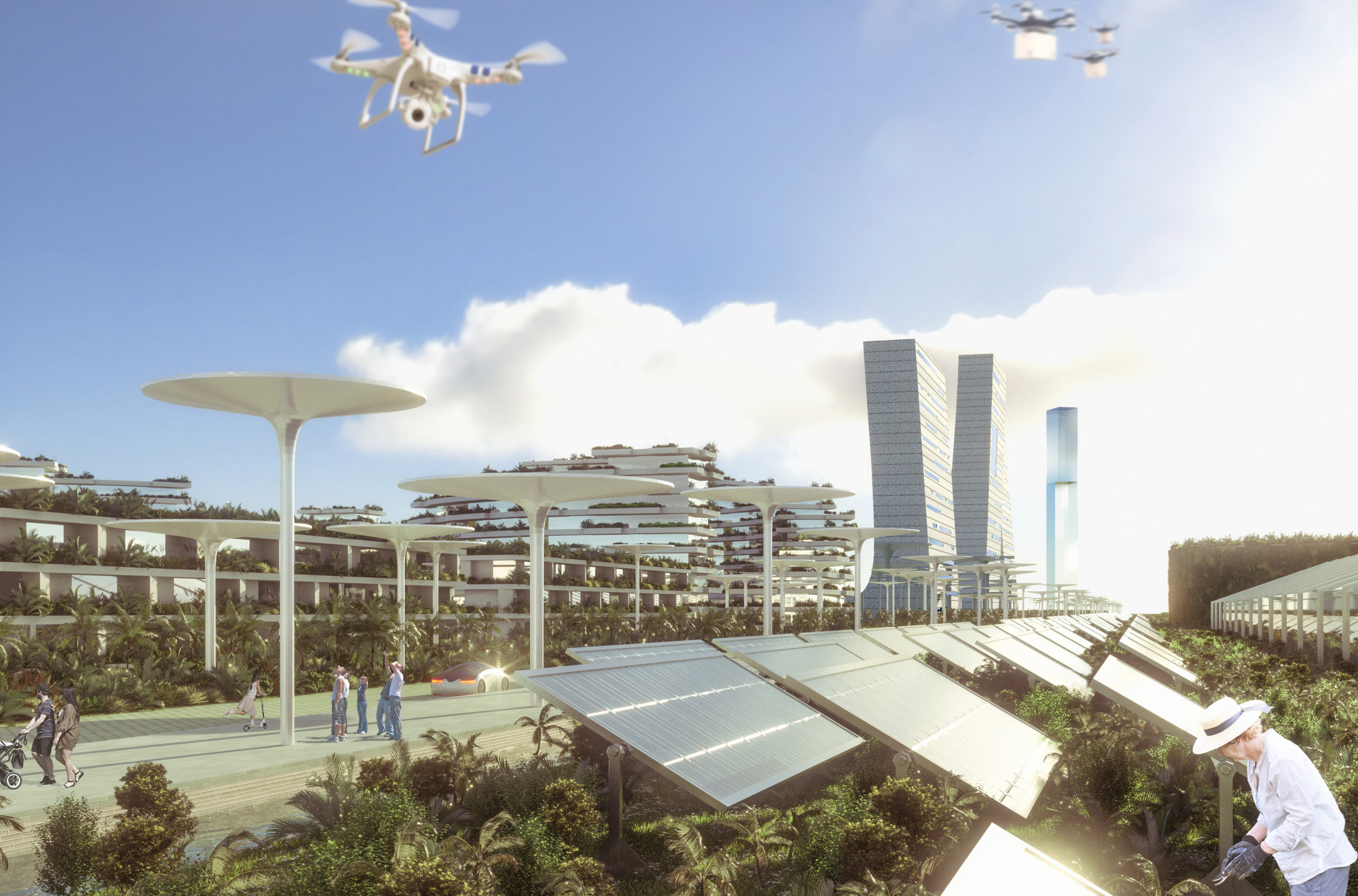 Cancun Smart Forest City’s reason for being is not only to act as a blueprint for sustainable urban planning, but to provide an innovation campus, seeking out solutions to the way the global population consumes resources.

It will pursue “the path leading to dematerialised and detoxified goods and services” through “the four Rs: reduction, repair, reuse and recycling… by developing radically more eco-efficient solutions, lifestyles and forms of behaviour that start with reducing overall demand for energy and a decrease in waste production.”

The campus will house university departments, laboratories and worldwide companies working collaboratively to tackle environmental issues, while research and developments centres will host university students from all over the world.