Designed to be both responsive to – and benefit from – the surrounding environment, each individual unit is anchored to the ocean bed, but can rise, fall and pivot with the tide.

The structures are clad in photovoltaic cells, which harvest and store solar electricity. Below the water level, hidden hydropower turbines capture energy from the surging water. 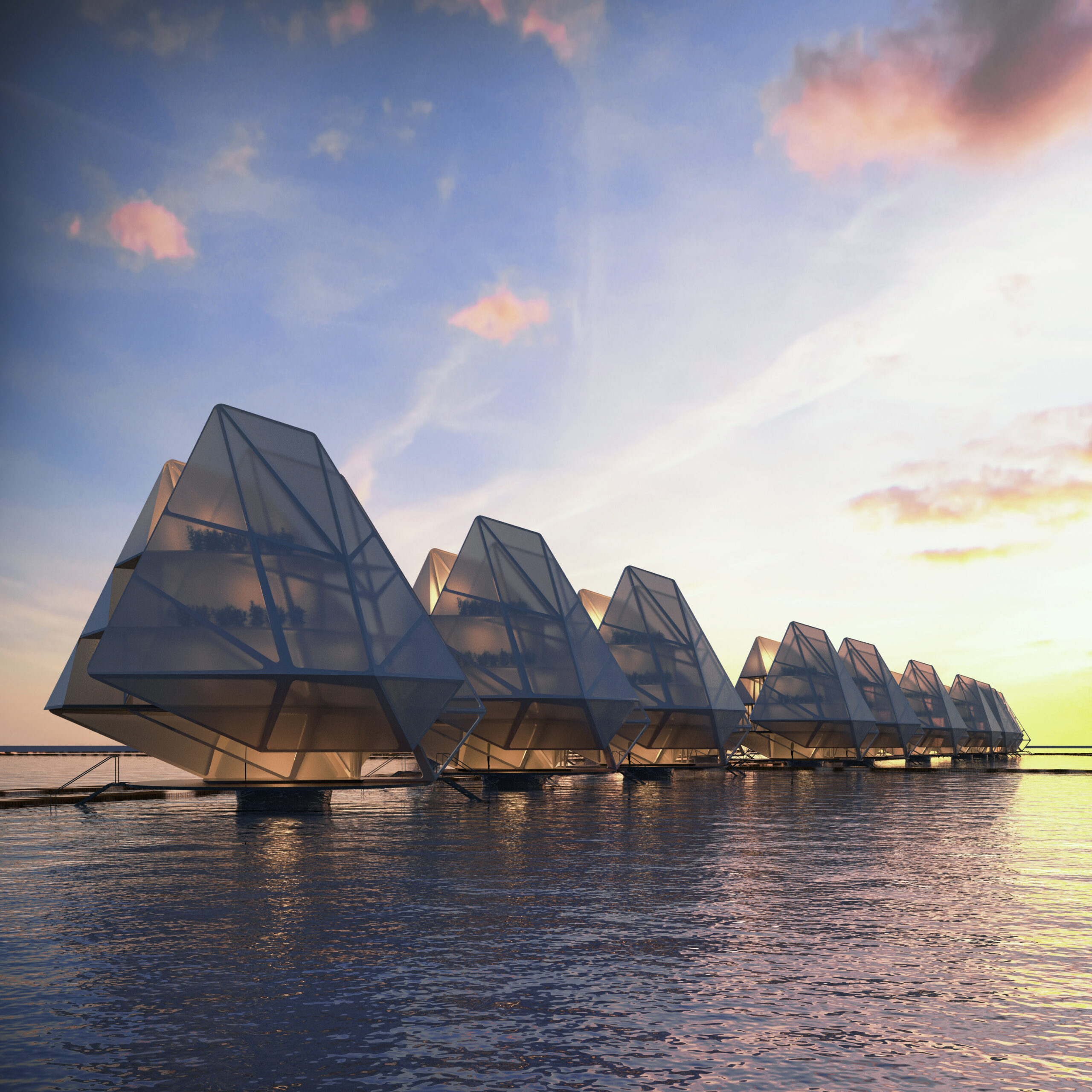 Built in clusters like offshore wind farms, and connected by bridges, the houses collect enough renewable energy to be completely self-sufficient.

Excess electricity is fed into the main power grid, providing power to nearby inland communities and offering a form of income for residents. 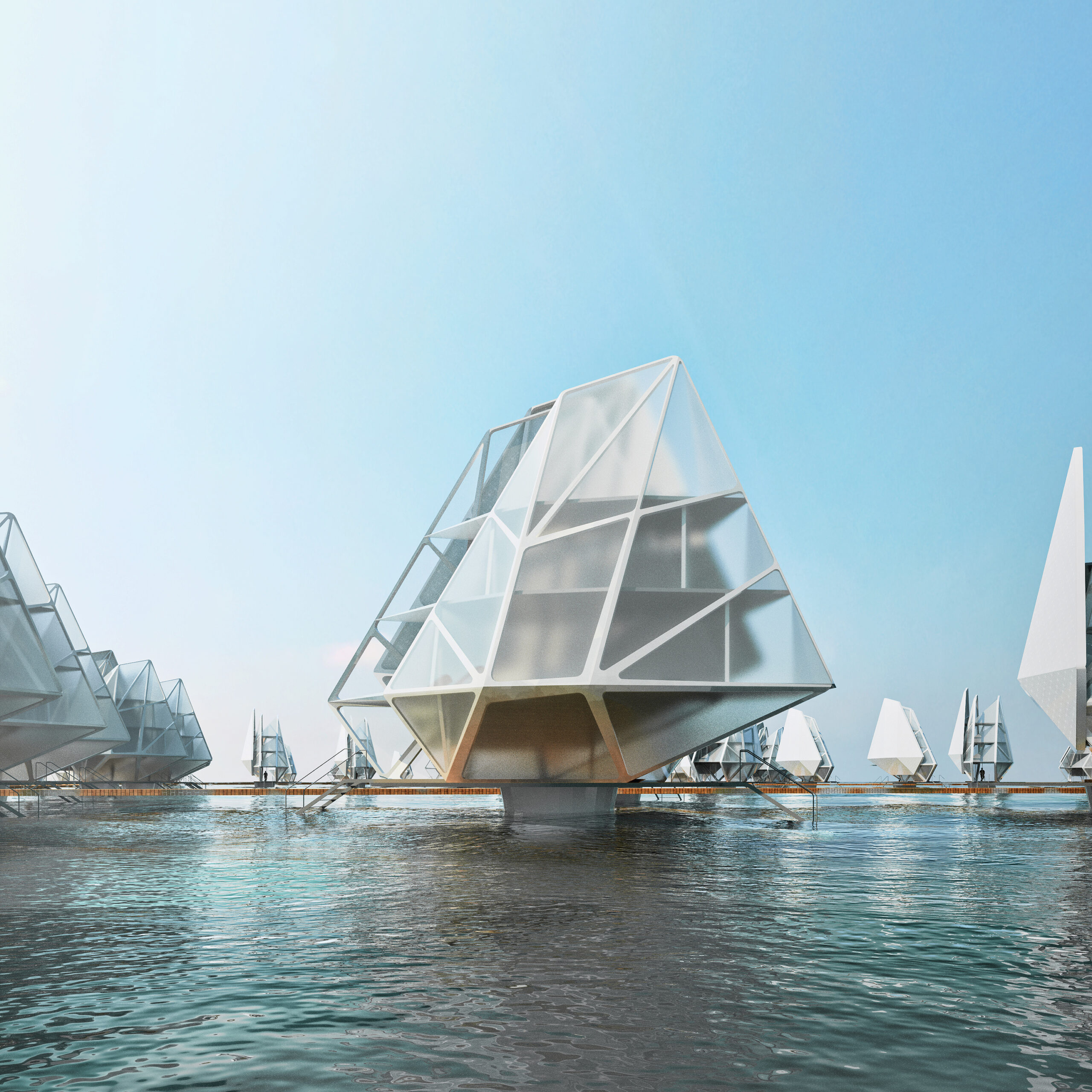 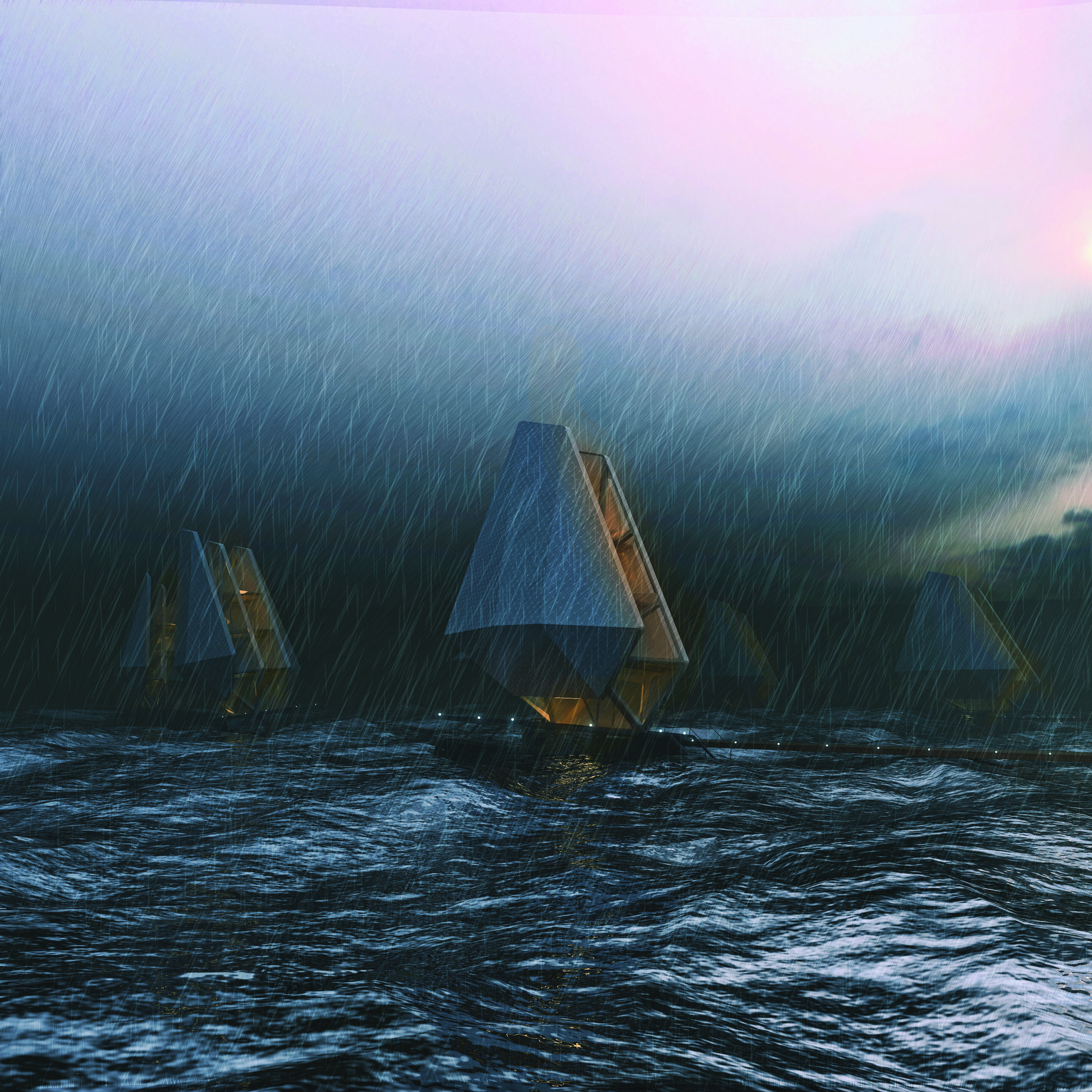 “Currents for Currents” explores the impacts of climate change and population increase globally, and the rising need for housing solutions that can combat the dual vulnerabilities of a volatile environment and lack of reliable power infrastructure.

“Coastal communities are caught in the cross fire between the scarcity of land and resources, and the rising tides and storm surges brought about by the sea,” says Dada Design, which is based in the Philippines. 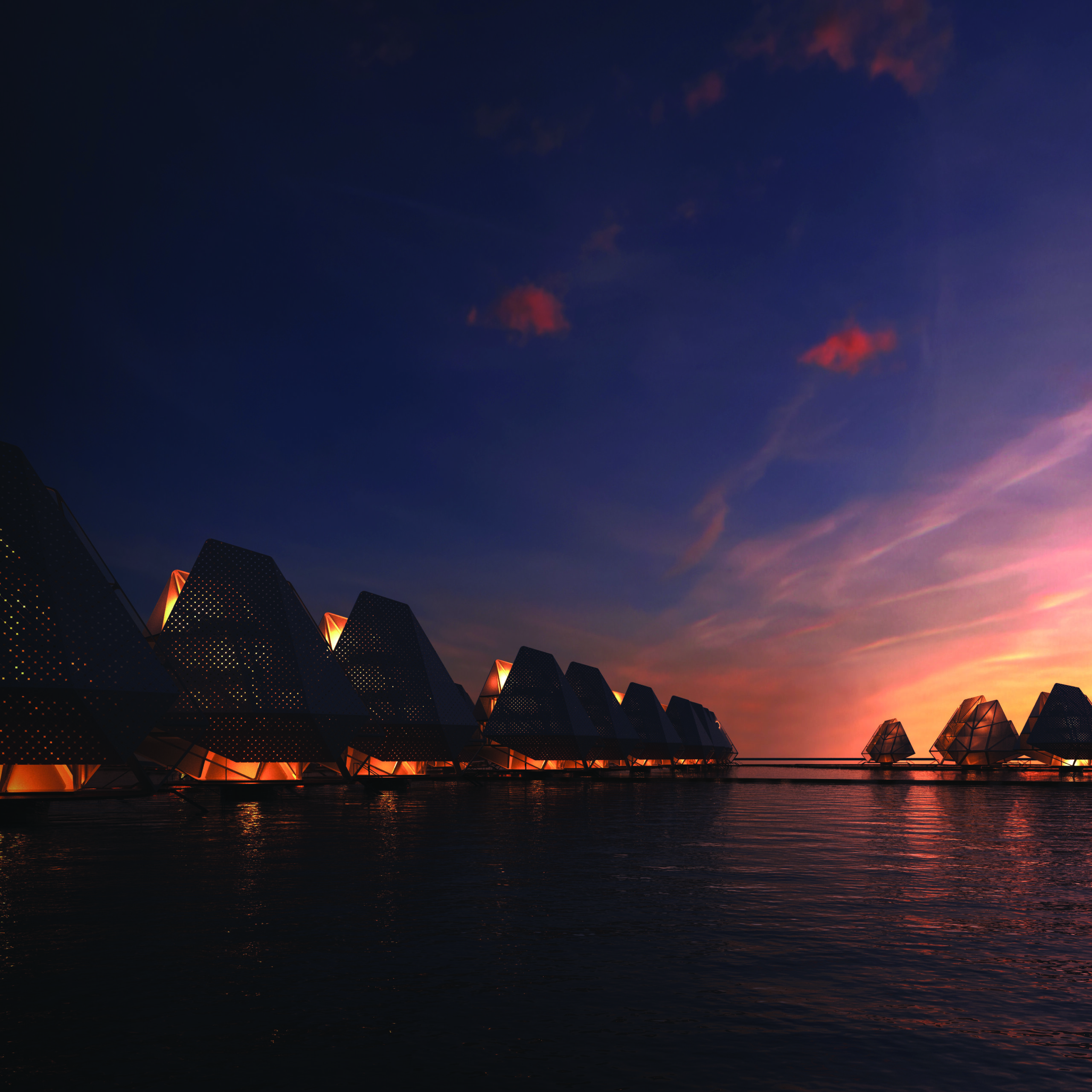 The concept was originally drawn up with the Philippines in mind, where rising sea levels may submerge the homes of 6.8 million people within 30 years.

The National Oceanographic and Atmospheric Administration (NOAA) estimates that global sea levels are rising at one-eighth of an inch per year, a rate that will push deadly and destructive storm surges farther inland, and increase flooding.

By 2050, 90 per cent of the world’s largest cities could be threatened by changing sea levels.

Using a modular design and moulded plastic frame, which is both durable and universally available, Dada Design suggests that the “Currents for Currents” floating communities model could be replicated by coastal cities around the world. 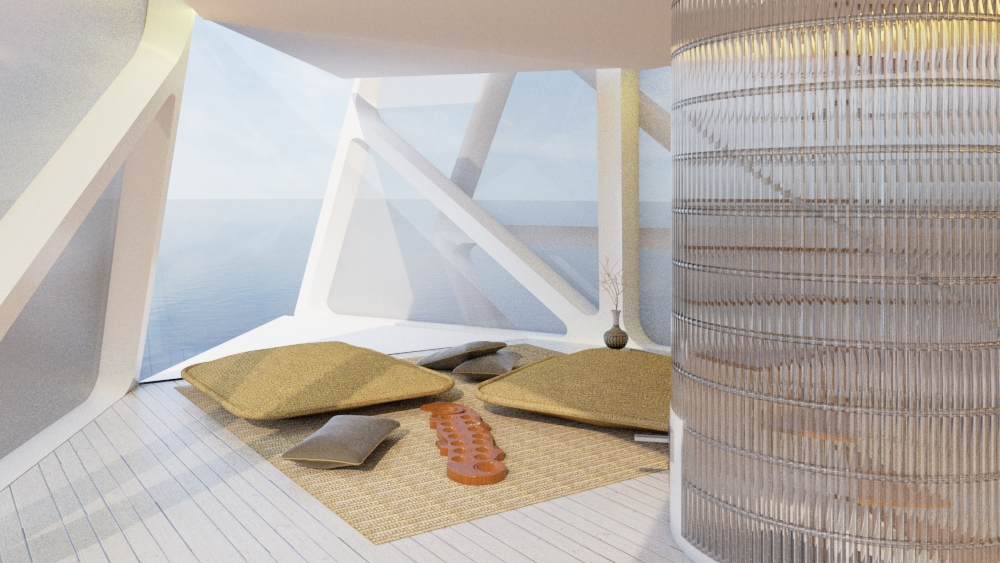 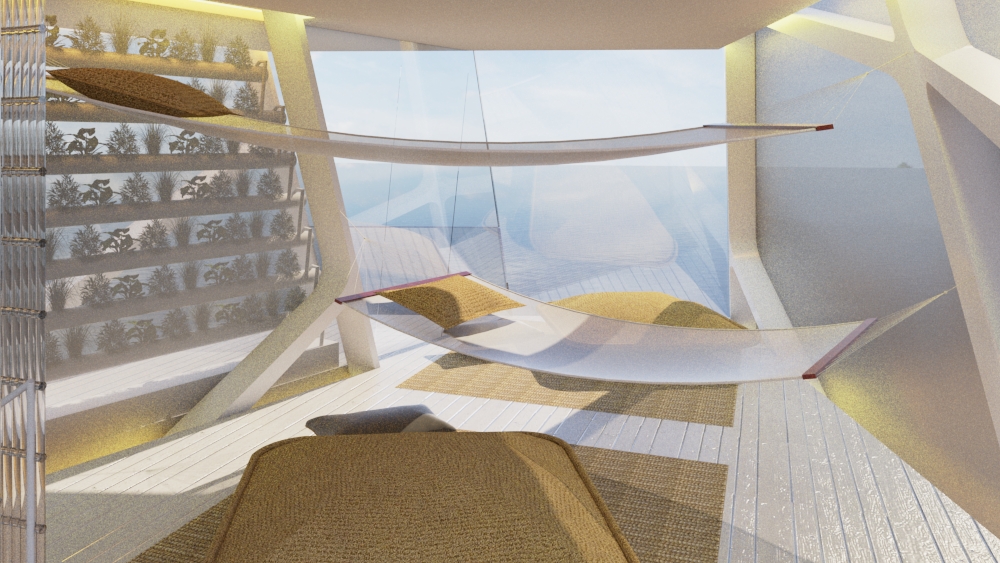 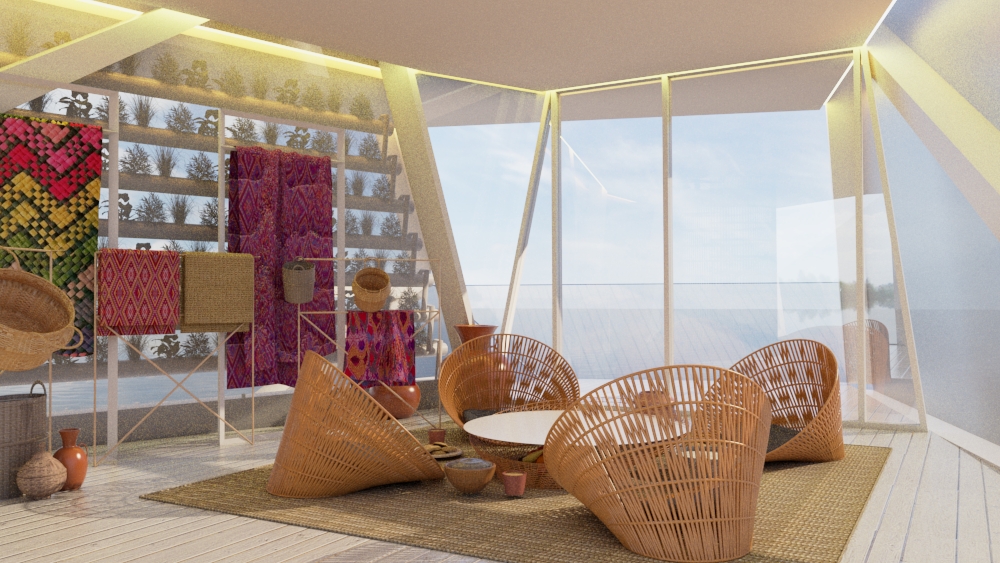 Still in the fledgling stage, the firm has made no mention of potential cost to build such structures, which calls into question its appropriateness for communities facing scarcity and financial hardship. Their impact on marine life also remains to be seen.

Elsewhere, a plan for offshore floating cities from Oceanix has been given the go-ahead by the United Nations, and a town of floating homes in the Netherlands has proved successful thus far.