NASA has announced it has found a solar system of seven Earth-sized exoplanets – located 39 light years away, three of them could host alien life forms. Unfortunately, the most advanced of our current spacecraft would take about 18,500 years to travel just one light year, so visiting looks out of the question just yet.

However, even from an unfathomable distance, experts have revealed details of their nature. Orbiting the TRAPPIST-1 star, three of the exoplanets (planets found outside our own solar system) have the potential for great seas and lakes on their surfaces. Dubbed the Holy Grail, the orbs are a similar size to Earth and sit within a “temperate zone” that has all the right conditions for alien life. 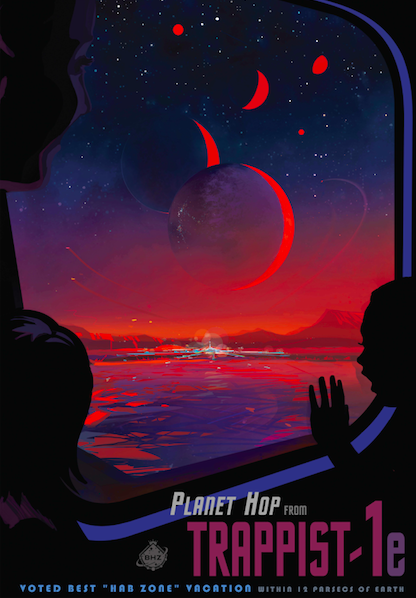 The six innermost planets are rocky but the mass of the seventh and farthest exoplanet has not yet been established – scientists believe it could be an icy, “snowball-like” world.

NASA says: “In contrast to our sun, the TRAPPIST-1 star – classified as an ultra-cool dwarf – is so cool that liquid water could survive on planets orbiting very close to it, closer than is possible on planets in our solar system. All seven of the TRAPPIST-1 planetary orbits are closer to their host star than Mercury is to our sun.

“The planets also are very close to each other. If a person was standing on one of the planet’s surface, they could gaze up and potentially see geological features or clouds of neighbouring worlds, which would sometimes appear larger than the moon in Earth’s sky.”

According to astronomers, there could be 40 billion habitable planets in our galaxy alone. Scientists say that even if there isn’t life around the TRAPPIST-1 dwarf star right now, it could emerge in the future.

Dr Amaury Triaud, of the Institute of Astronomy in Cambridge, has been reported as saying: “We hope we will know if there’s life there within the next decade.” The discovery has been hailed an “accelerated leap forward” in the search for extra-terrestrial life.

NASA came across the solar system using the Spitzer Space Telescope, as well as several observatories on the ground. Lead researcher Michaël Gillon, of the University of Liège, says: “The planets are all close to each other and very close to the star, which is very reminiscent of the moons around Jupiter. 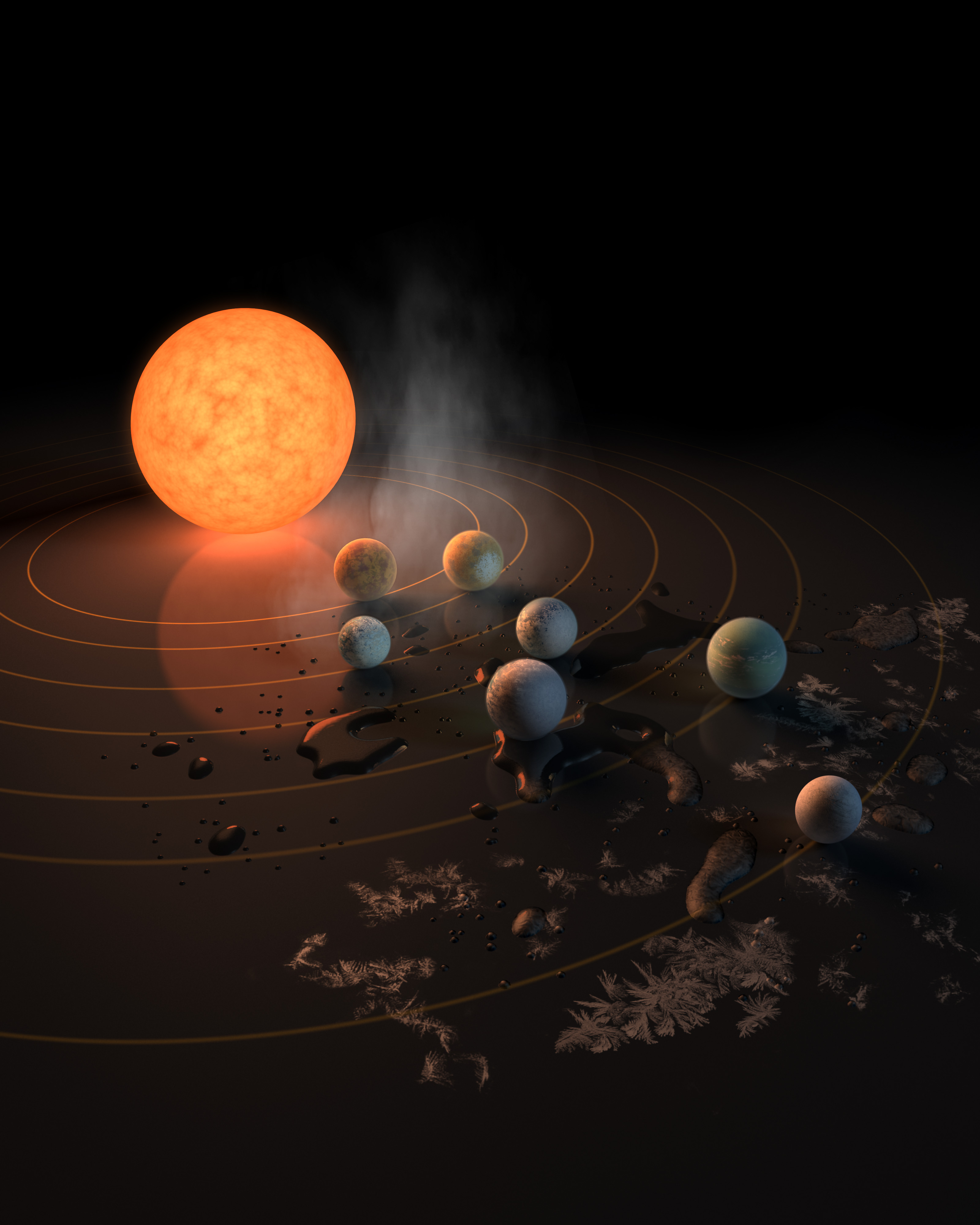 “Still, the star is so small and cold that the seven planets are temperate, which means that they could have some liquid water – and maybe life, by extension – on the surface.”

“This discovery could be a significant piece in the puzzle of finding habitable environments, places that are conducive to life,” said Thomas Zurbuchen, associate administrator of the agency’s Science Mission Directorate in Washington.

“Answering the question ‘are we alone’ is a top science priority and finding so many planets like these for the first time in the habitable zone is a remarkable step forward toward that goal.”