With construction planned for completion by the end of this decade, ‘smart’ hub Akon City is the unique vision of music mogul Akon. Olivia Palamountain reports

He has sold over 35 million albums worldwide but when R&B star Akon isn’t dropping beats, he’s laying down the first stone for his eponymous ‘smart’ city in Senegal.

It may sound like the plot of a sci-fi movie but it has now been revealed that Senegalese-American music artist, entrepreneur and philanthropist, Akon (aka Aliaune Thiam), is pressing ahead with plans for Akon City, his government-backed smart city that will be powered by a unique cryptocurrency and funded by unnamed investors.

The five time Grammy-nominated star has now laid the first stone for the US$6 billion project in Mbodiène, a coastal village 100km from the capital, Dakar. 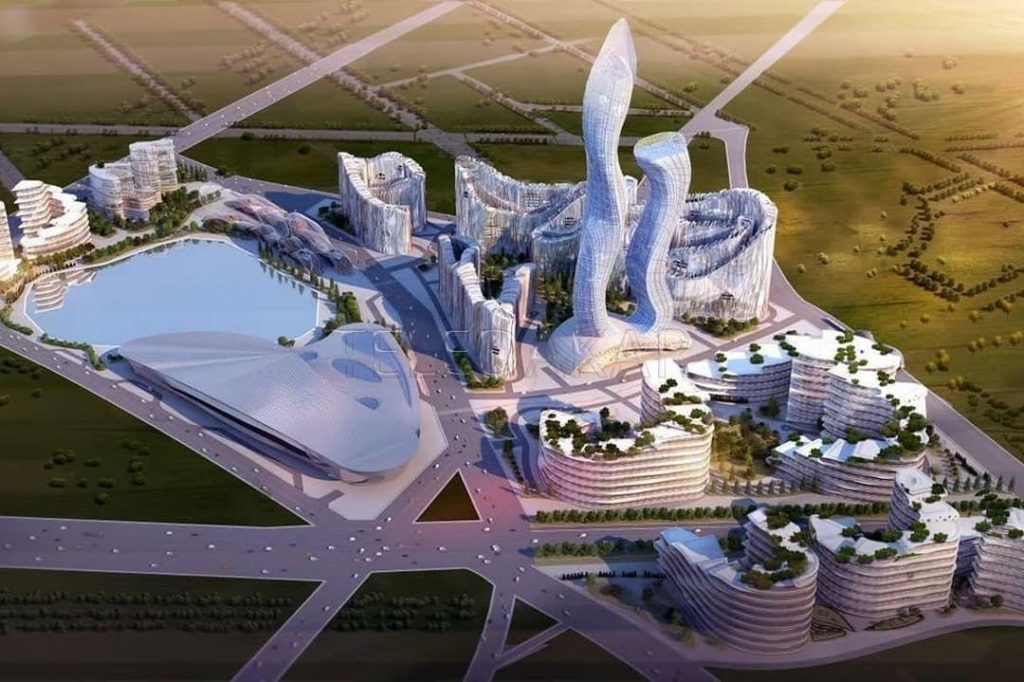 In a statement released last year, Akon said Wakanda helped him secure investment for the project from investors and partners. “This movie literally made an idea of what Africa could really be. It’s just ironic that I was already working on this before the movie came out, but it’s something that helped me a lot when I was trying to explain to explain to people what I was trying to do.”

The first phase of the project is scheduled for completion in 2023 and will include a 5,000-bed hospital estimated to cost around US$1 billion to build. This will be joined by homes, hotels, schools, police and fire stations, an airstrip, a shopping centre, a waste facility and a solar power plant.

Phase two will see the complete construction of the city by 2029, consisting of parks, universities, schools, a stadium, hotels and an industrial complex.

Akon City will revolve around a cryptocurrency called Akoin that will be launched this year. The aim is for the coin to be used as a common method of payment allowing for easy exchange between Africa’s 54 countries so that citizens and entrepreneurs can engage in the digital economy with only a mobile phone.

(For anyone familiar with the OneCoin scandal documented in the BBC Sounds podcast The Missing Crypto Queen, this proposal has some similarities – especially with its “One Africa, One Koin” slogan.)

Akoin continues the trend for cryptocurrency-friendly cities as seen in Seoul with S-Coin and “tourist blockchain-destination of the future” Melaka Straits City, once the Malaysian city of Malacca that intends to implement blockchain technology in the form of the DMI coin.