Toronto-based architectural studio Partisans has released plans to turn a rural Canadian town into a smart city of the future called the Orbit, where every rooftop will be planted with foliage and there will be drone ports and driverless cars. Samuel Ballard reports

The Orbit is a “vision for a next-generation community” according to Partisans, one that will transform Innisfil, a farming town of 37,00 people in Ontario with a raft of new technologies.

“The Orbit is a cutting-edge community where small town and rural lifestyles co-exist with the benefits and attributes of urban living,” the company said in a statement.

The project was “catalysed” by the decision to start construction of a “next-generation transit hub”, GO Metrolinx, which will provide better connections to the likes of Toronto, just 60km away when it opens at some point between 2022 and 2025. 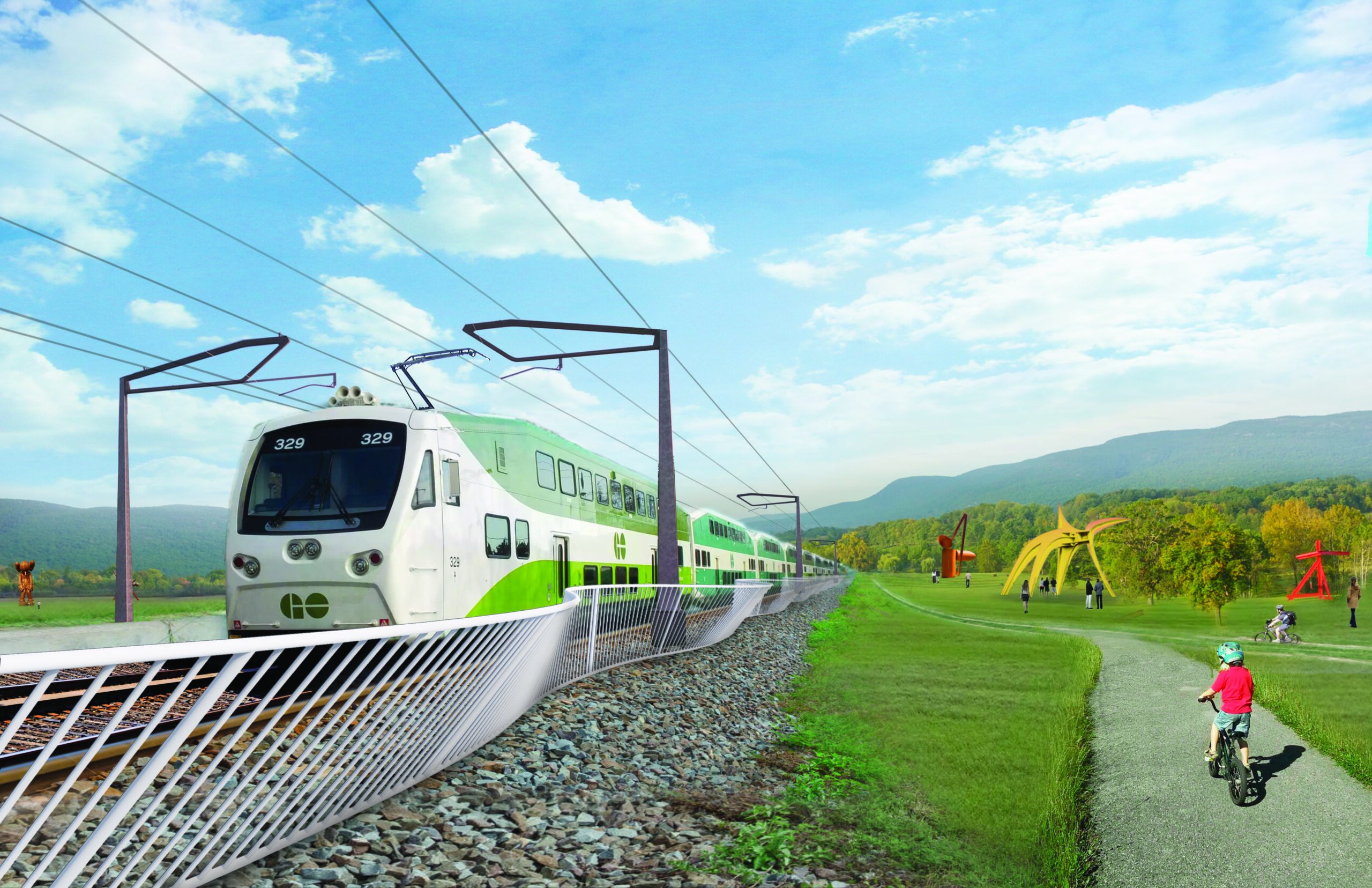 The city will be filled with innovations such as a network of fibre-optic cables, capable of creating streets and infrastructure that are plugged into the internet and use sensors for monitoring.

“The type of fibre and what it will be used for is still to be determined but given Innisfil’s record, everyone should expect great pilot programmes for technology to be used and integrated responsibly,” Partisans co-founder Alex Josephson told Dezeen.

“We have also discussed the possibilities of the following: state-of-the-art health and wellness campus connected to larger hospitals in the region by technology, drone ports on top of the station for last-mile delivery, autonomous driving infrastructure and more,” he added.

The entire project has the potential to incorporate four million square metres and could also see the introduction of driverless cars. 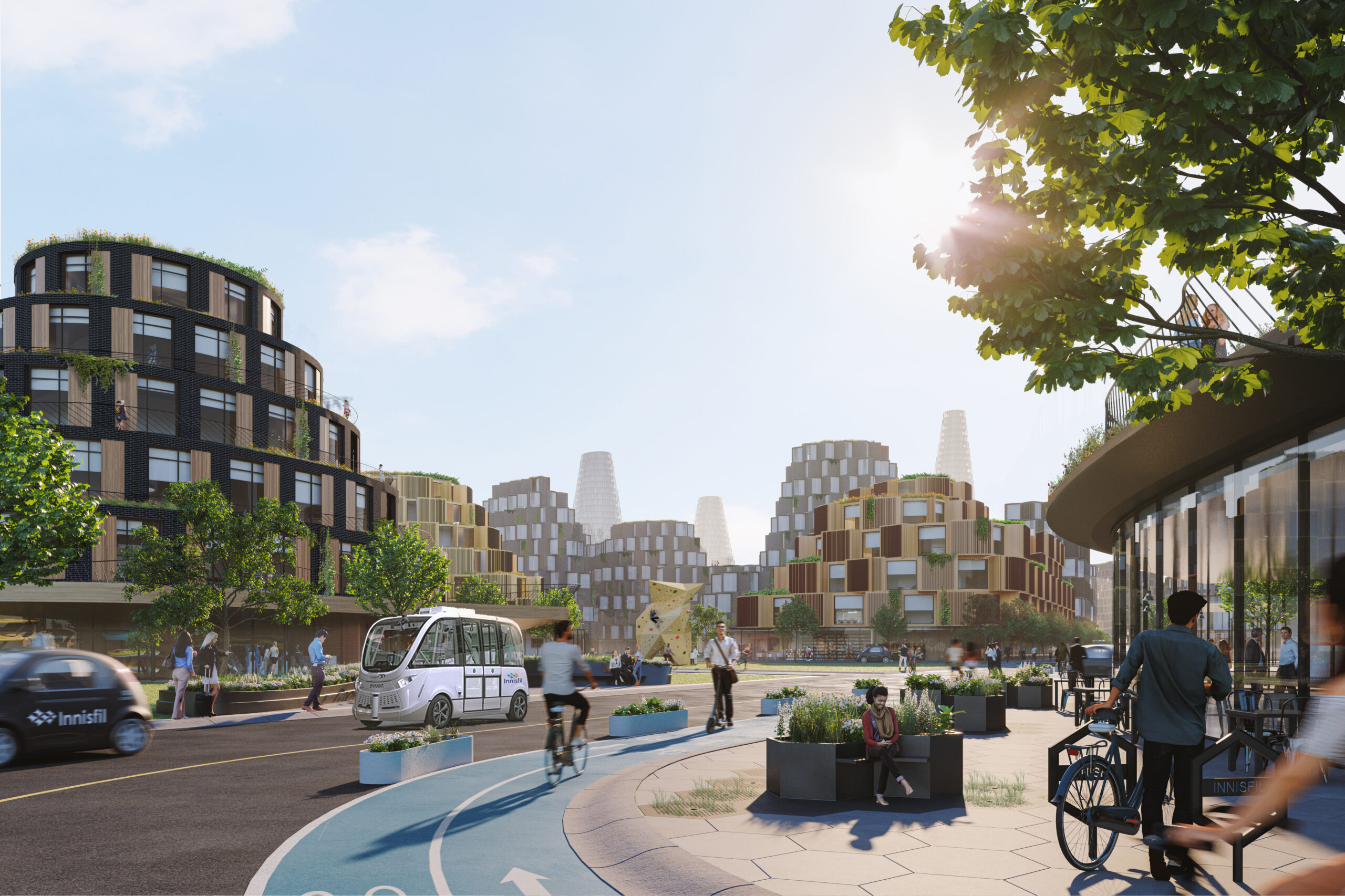 Interestingly, Innisfil has a history of adapting to new technologies – it was one of the first areas to pilot Uber ride-sharing and now partially subsidises Uber taxis rather than paying for a public bus system, with pick-ups and drop-offs at “hubs” such as libraries and sports centres.

With the opportunity to design the city from scratch, new methods of urban planning can be implemented. The streets of the Orbit have been described by Partisans as “squircles” – a mix of circles and squares.

“The city, inspired by the idea of an orbit, will ripple outwards from this hub in a circular pattern, containing development, while embracing Innisfil’s agricultural roots,” the firm said. “Essentially, residents will be able to balance the benefits of living in an urban and rural community.” 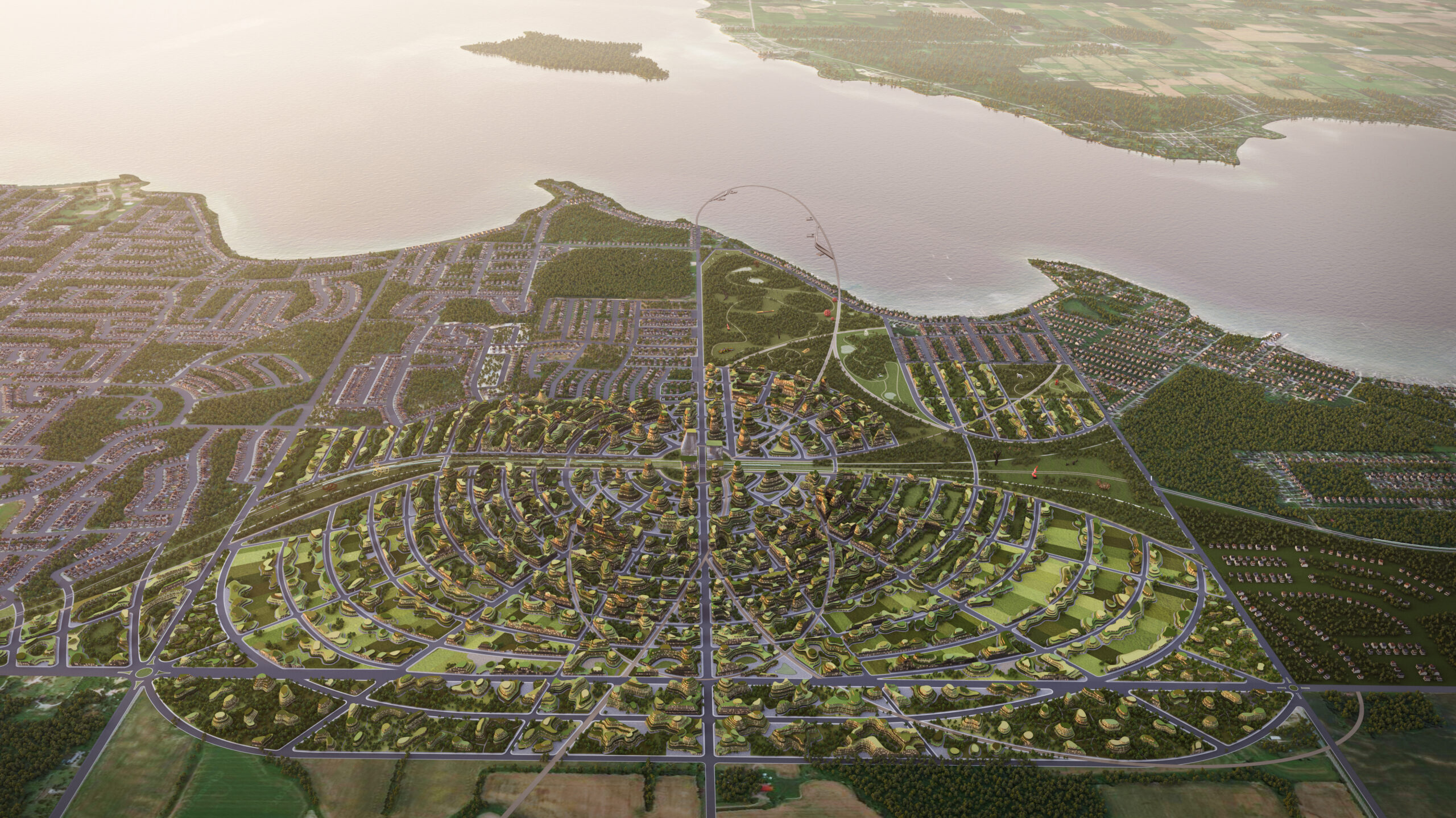 There will also be a big emphasis on green spaces within the urban environment – large rooftops, for example, will be planted with foliage to suck in CO2 and release oxygen. 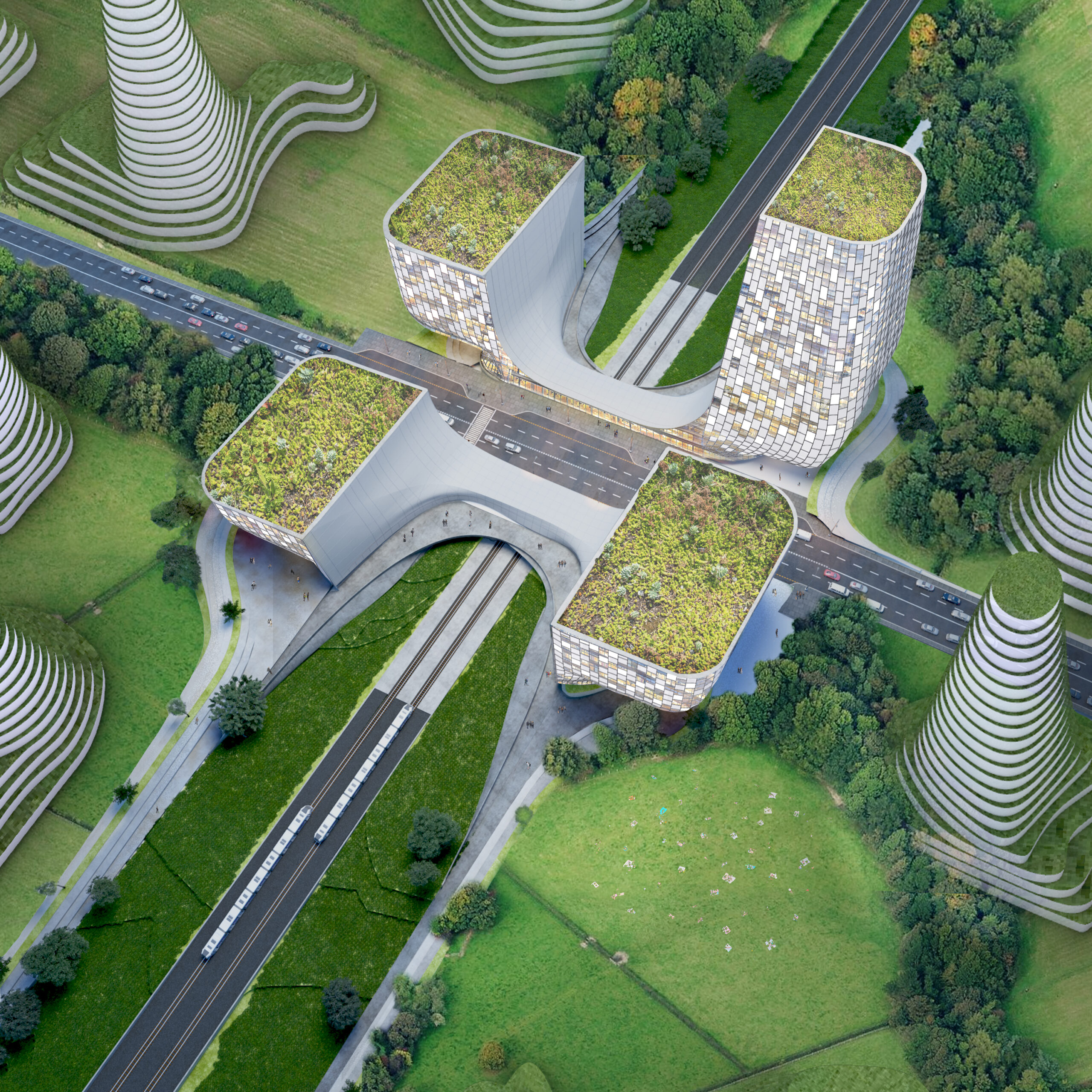 The Orbit isn’t the only smart city currently being considered by city planners. In February, Globetrender reported that Toyota, the Japanese car manufacturer was also aiming to build the “city of the future” close to Mount Fuji.

Woven City, as it will be called, will be a “testing ground” for the company’s new technologies, as well as being a place for current Toyota employees to live.