Ten years after the Kiwi carrier launched its innovative economy class SkyCouch, Air New Zealand has unveiled a new prototype bunk bed concept called Skynest, which gives people flying at the back of the plane a chance to sleep fully flat for the first time in history.

The Skynest is the result of three years of Air New Zealand research and development, with the input of more than 200 customers at its Hangar 22 innovation centre in Auckland.

Never-before-seen in the air, the Skynest will take the form of six full-length, triple-height bunks, complete with sheets, duvets and cushions. Passengers will also have ear plugs and privacy curtains. USB ports and reading lights are additions that are being considered.

Each bed will be two metres in length and 58cm wide – this is as good (if not better) than business class beds. However, it could be a year until passengers get to book it.

Although the price has not yet been announced, Guardian Australia was told that the cost would be in addition to a normal economy class seat. Globetrender imagines it will be a pod hotel concept that passengers can book in, say, four-hour blocks. Crew would change the bedding after use. 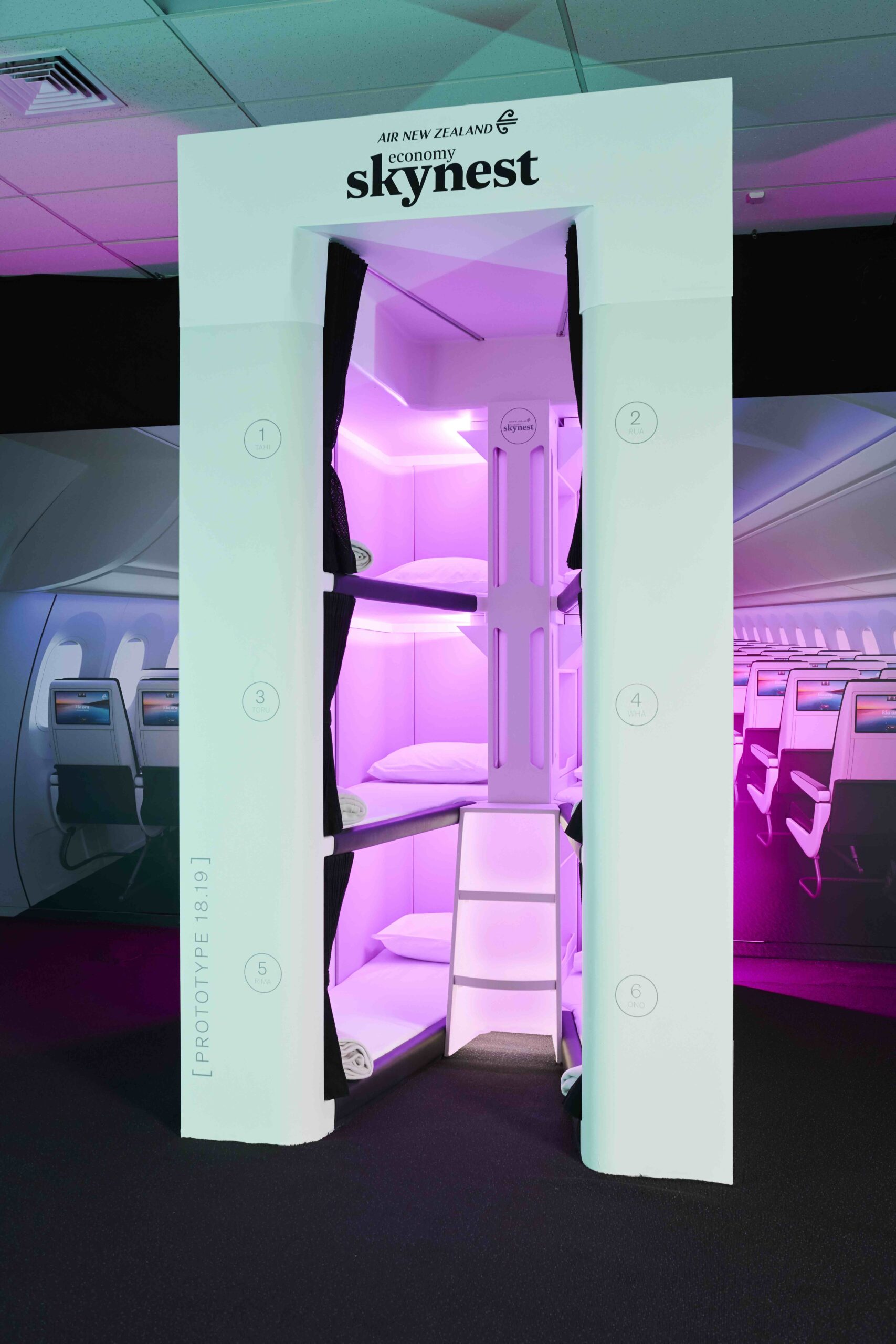 What has motivated this innovation? Because the airline operates some of the world’s longest flights – such Auckland-New York, which takes 17 hours 40 minutes one way – it is wants to do more to make passengers feel comfortable and sleep. (Ultra-long flights are a growing trend so we can expect other airlines to start offering it too.)

Air New Zealand chief marketing and customer officer Mike Tod says: “We have a tremendous amount of development work underway looking at product innovations we can bring across all cabins of the aircraft. A clear pain point for economy travellers on long-haul flights is the inability to stretch out. The development of the economy Skynest is a direct response to that challenge.”

Air New Zealand will make a final decision on whether to operate the Economy Skynest next year after it has assessed the performance of its inaugural year of Auckland-New York operations. 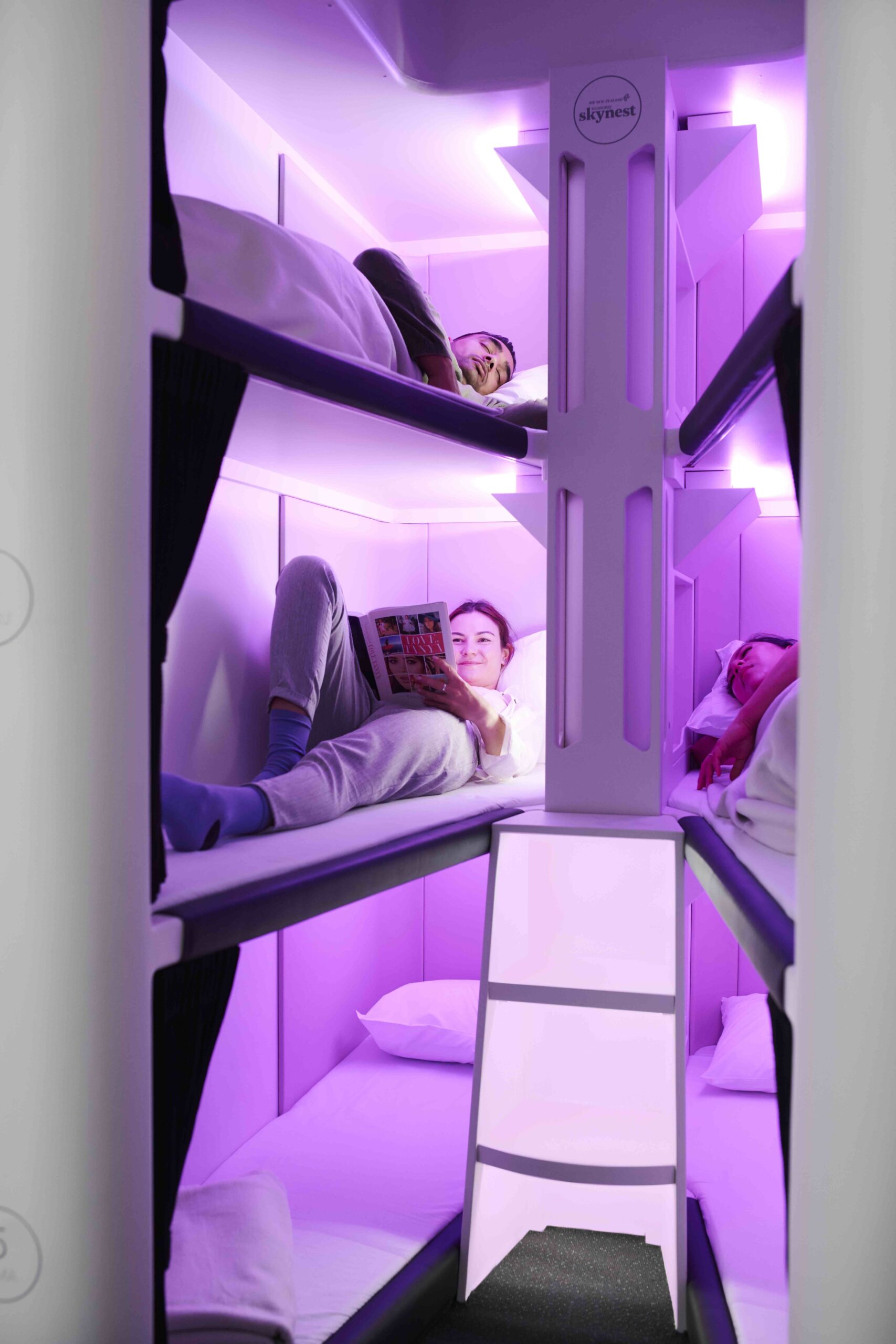 General Manager of customer experience, Nikki Goodman, says customer and cabin crew feedback on the economy Skynest during its final phase of development has been outstanding with significant partners also keenly involved.

Goodman says: “We see a future flying experience where an economy-class customer on long-haul flights would be able to book the economy Skynest in addition to their economy seat, get some quality rest and arrive at their destination ready to go. This is a game changer on so many levels.”

She adds: “We’re so excited to be sharing this product development with our customers. This is one of the highlights of three years’ intensive work centred on customer wellbeing. We’re sure this innovation is going to be a game changer for the industry and bring significant improvements to long-haul flying.

“We expect other airlines will want to explore licensing the economy Skynest from us just as they have with the Economy Skycouch.” 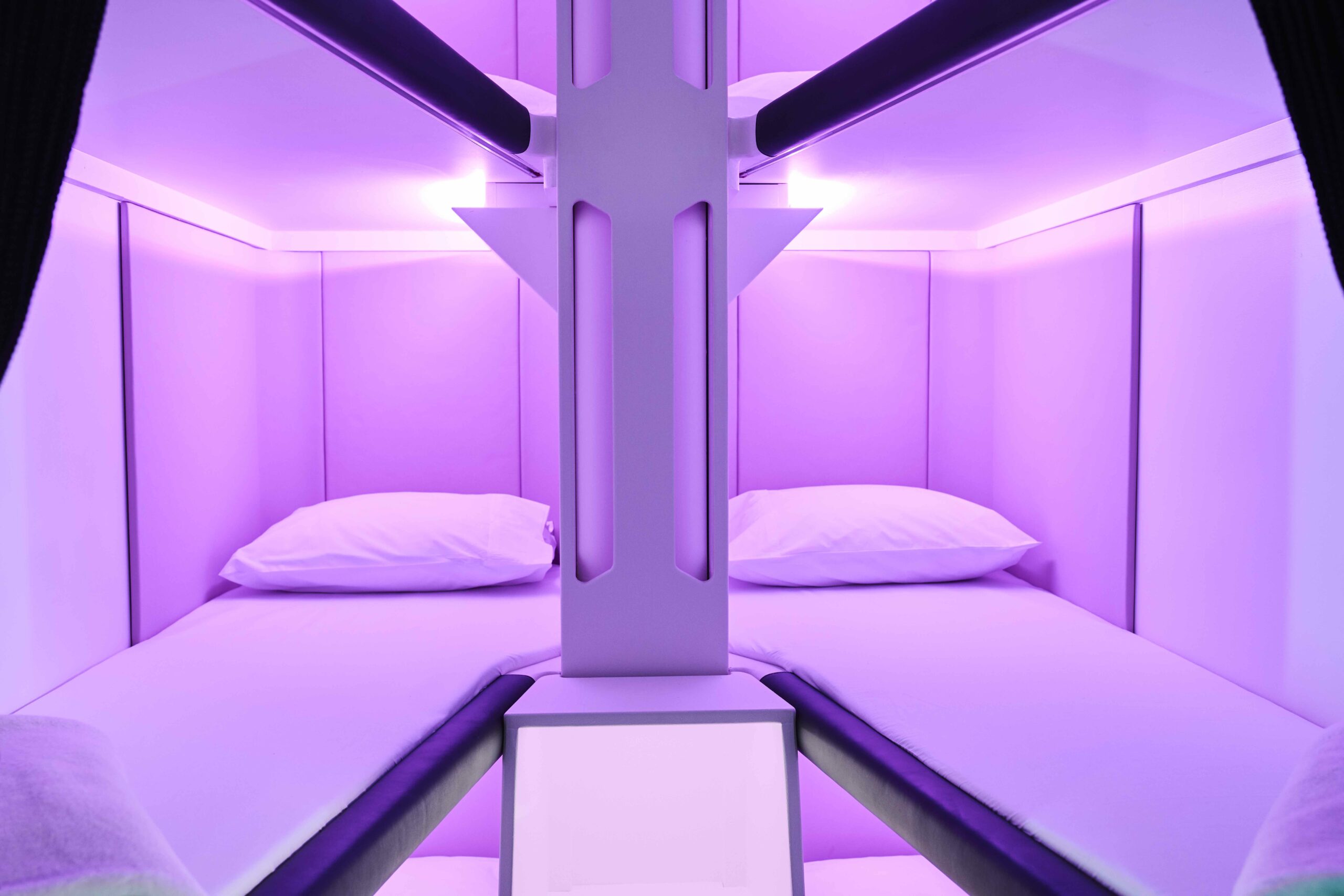 Air New Zealand’s head of airline programmes, Kerry Reeves, says “can do” is one of the airline’s key values and the economy Skynest prototype is a tangible example of this.

Reeves says: “At Air New Zealand, we continue to nurture a can-do attitude, we’re not afraid of being bold and trying new things. The question is never ‘can we do this’ but instead ‘is it right to do this for our customers?’ and, if so, ‘how will we do this?’

“Our ability to take a good idea, to execute and deliver an innovation that works in our environment, our market and for our people and customers gives us an edge.”

Reeves says the scale of the challenge in developing the economy Skynest and working through its certification with the necessary regulators is immense compared with the development of the Skycouch.

“But it was a prize worth chasing and one that we think has the potential to be a game changer for economy class travellers on all airlines around the world.”