What would you do with 19 hours on a nonstop flight? Catch up on some sleep? Write a short novel? Or watch Bridget Jones’s Diary 12 times? Ben Brown reports on the growing trend for ultra long-haul travel

Singapore Airlines is pushing the boundaries of aviation (and the comfort of its passengers) after launching a nonstop, 9,500-mile journey covering almost half the planet, in September 2018. At 19 hours, the Singapore to New York flight is the longest on record.

It’s the latest in a trend towards ultra long-haul travel, edging out previous records held by Qatar Airway’s 17.5-hour route between Auckland and Doha.

Introducing the Airbus A350-900 Ultra Long-Range

This feat of aviation endurance is only possible thanks to the new Airbus A350-900 ULR plane, of which Singapore Airlines was the launch customer. Harnessing a modified fuel system, the planes use about 25 per cent less fuel than a Boeing 777, allowing them to cover larger distances.

As Airbus spokesman Sean Lee explains: “These aircraft have the longest capability of any aircraft flying today. They can fly for up to 9,700 nautical miles nonstop – that’s over 20 hours of flying time. And they can do that because we have modified the existing fuel system so they can carry an additional 24,000 litres of fuel.”

Singapore Airlines ordered seven of the ULR planes; two run the Singapore to New York route, while five cover the slightly shorter Singapore to Los Angeles route (just over 15 hours). (The A350 XWB – standing for Extra Wide Body – represents the family of ULR planes the A350-900 is part of.) 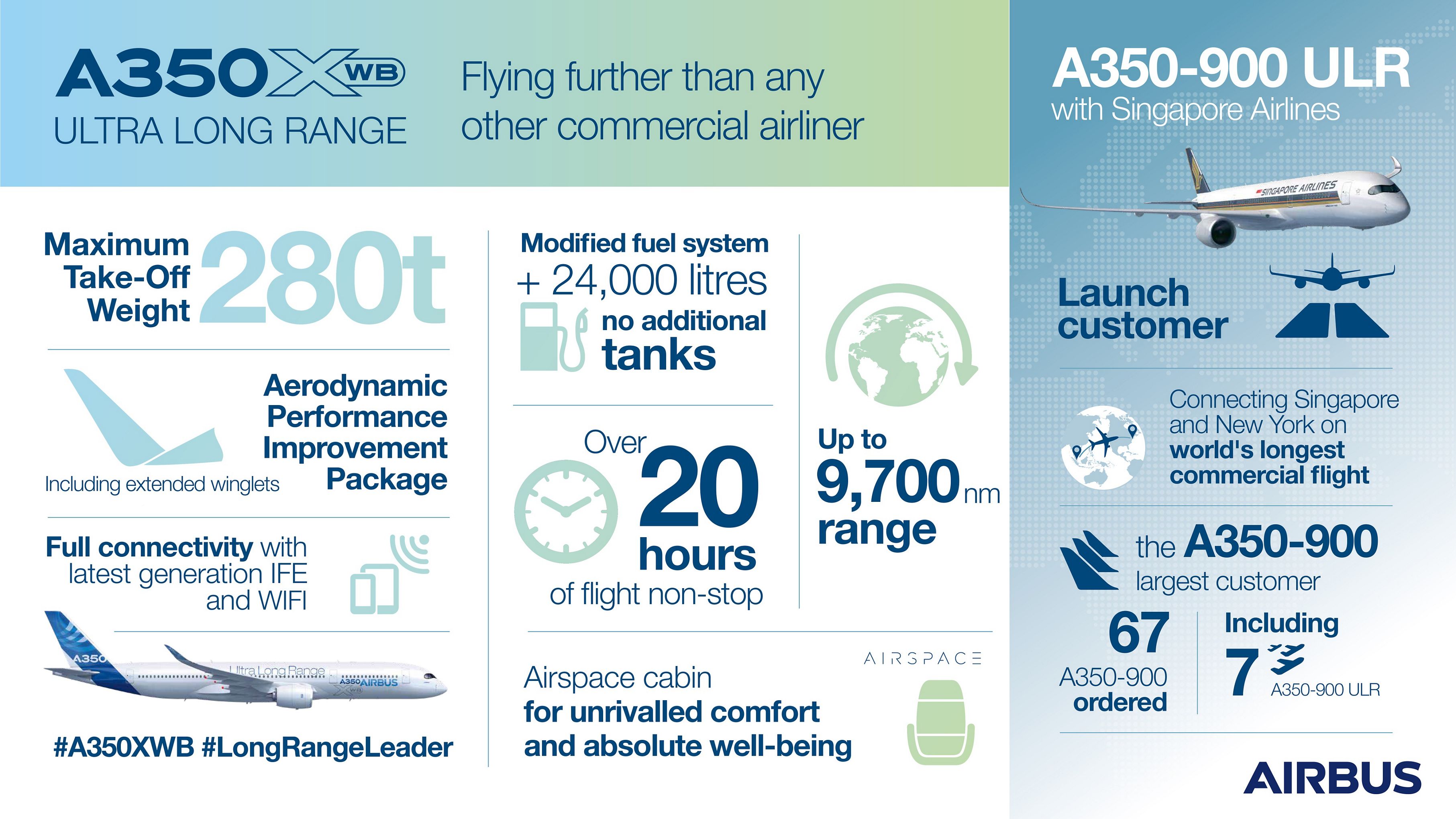 What about the comfort?

Technical specifications aside, what we really want to know is how this plane handles comfort on a 19-hour epic.

First of all, there’s no economy class, so don’t worry about being squeezed into the middle seat. It’s business class and premium economy only. The limited seating also reduces passenger weight, so the plane consumes less fuel. 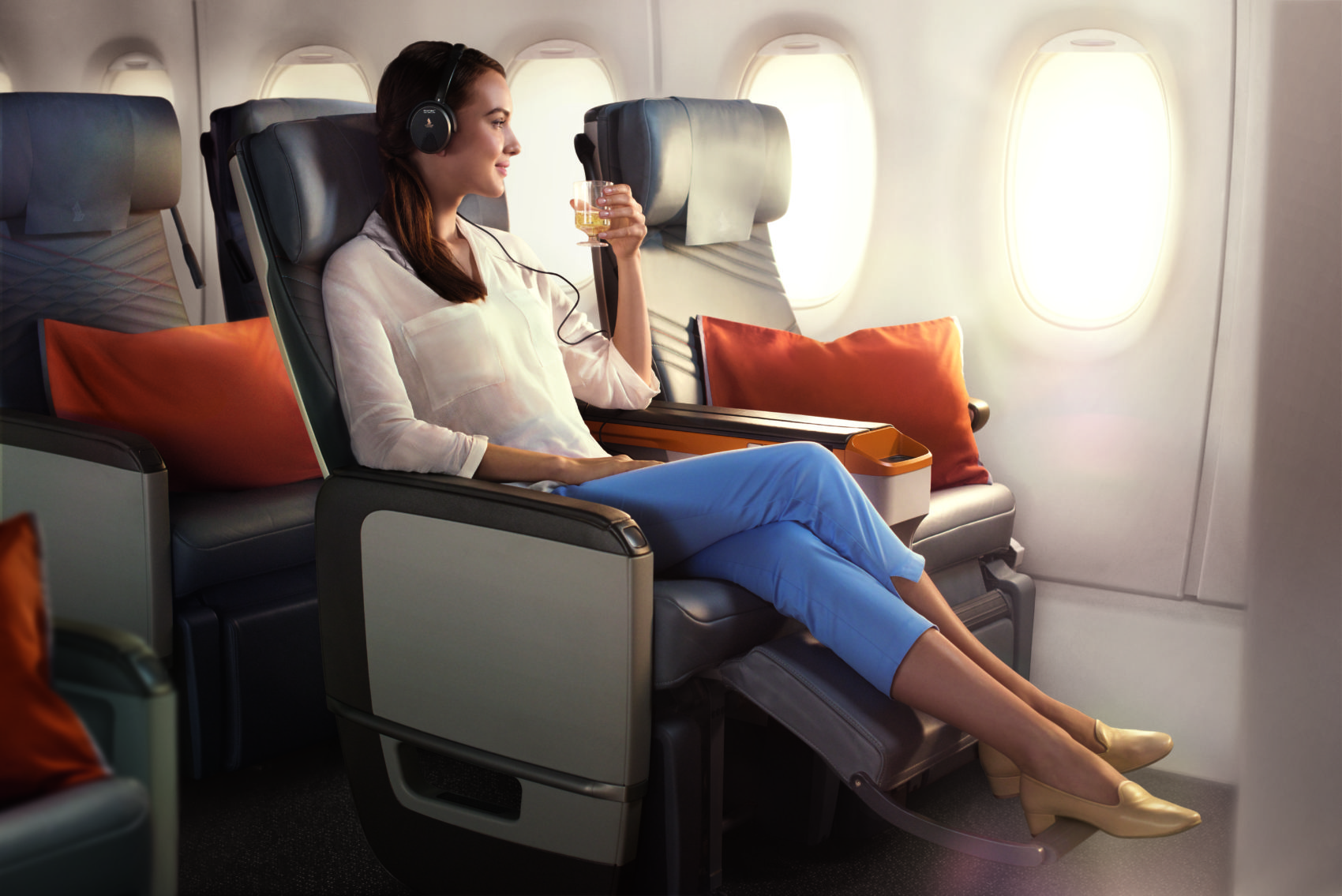 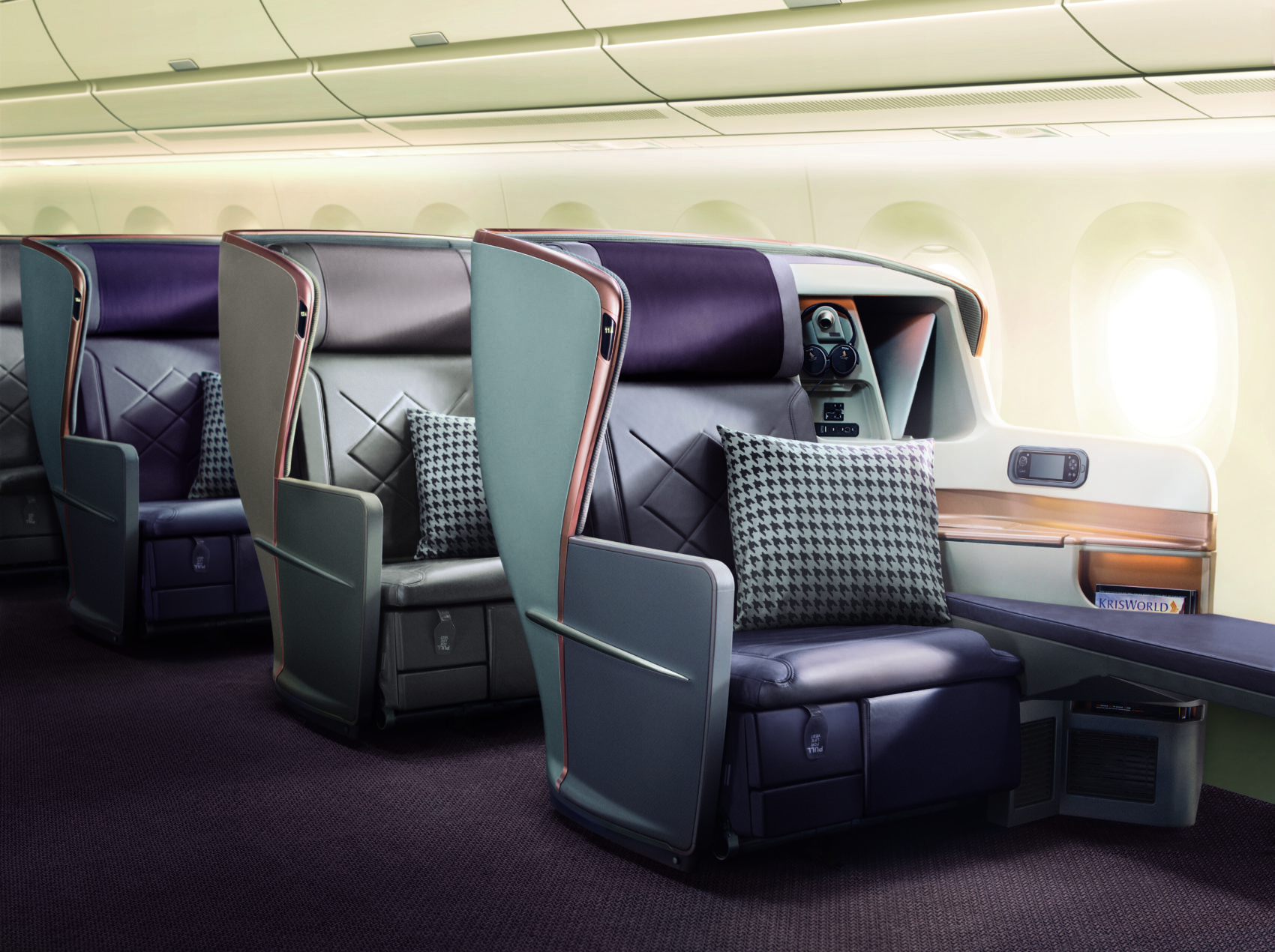 We’re fast approaching the physical limit of ultra long-haul journeys. Any longer than 21 hours and you’d reach the other side of the world and begin to come back on yourself.

Qantas looks set to be the first carrier to offer such a flight. The airline has challenged Airbus and Boeing to build a plane capable of flying from Sydney to London in one trip, with services beginning in 2022.

Dubbed “Project Sunrise” it’s a mammoth feat of engineering and comfort. Early design mock-ups hint at under-floor sleeping pods and conference rooms on board. Qantas already runs a 17-hour ultra long-haul route from London to Perth, which the airline claims has exceeded expectations.

Would you spend a day in the air?

In their current form, ultra long-haul flights are aimed squarely at business travellers and professionals. However, if successful, we could see an expansion to a broader audience.

I, for one, can’t wait. The only thing worse than an all-day flight is sleeping on an airport bench on a layover. Sign me up.