Hygge Circles Ugakei is a Nordic-Japanese glampsite of the future

A mixed Danish and Japanese design team has conceptualised a sustainable tourism project called Hygge Circles Ugakei, which will take the form of a low-impact glamping destination in the foothills of the mountains of Inabe, in Japan.

Earlier this year, Danish architects from Third Nature, Japanese architects from Structured Environment and sustainability experts from Henrik Innovation launched a partnership. They won a competition – launched by outdoor company Nordisk and the City Council of Inabe – to come up with a blueprint for a sustainable regional tourist attraction.

One of Japan’s most populous cities, Inabe, is two-hour train ride east of Kyoto. A former camping ground at the base of the mountains of Inabe will be redeveloped into Hygge Circles Ugakei, which will open to the public in spring 2021. 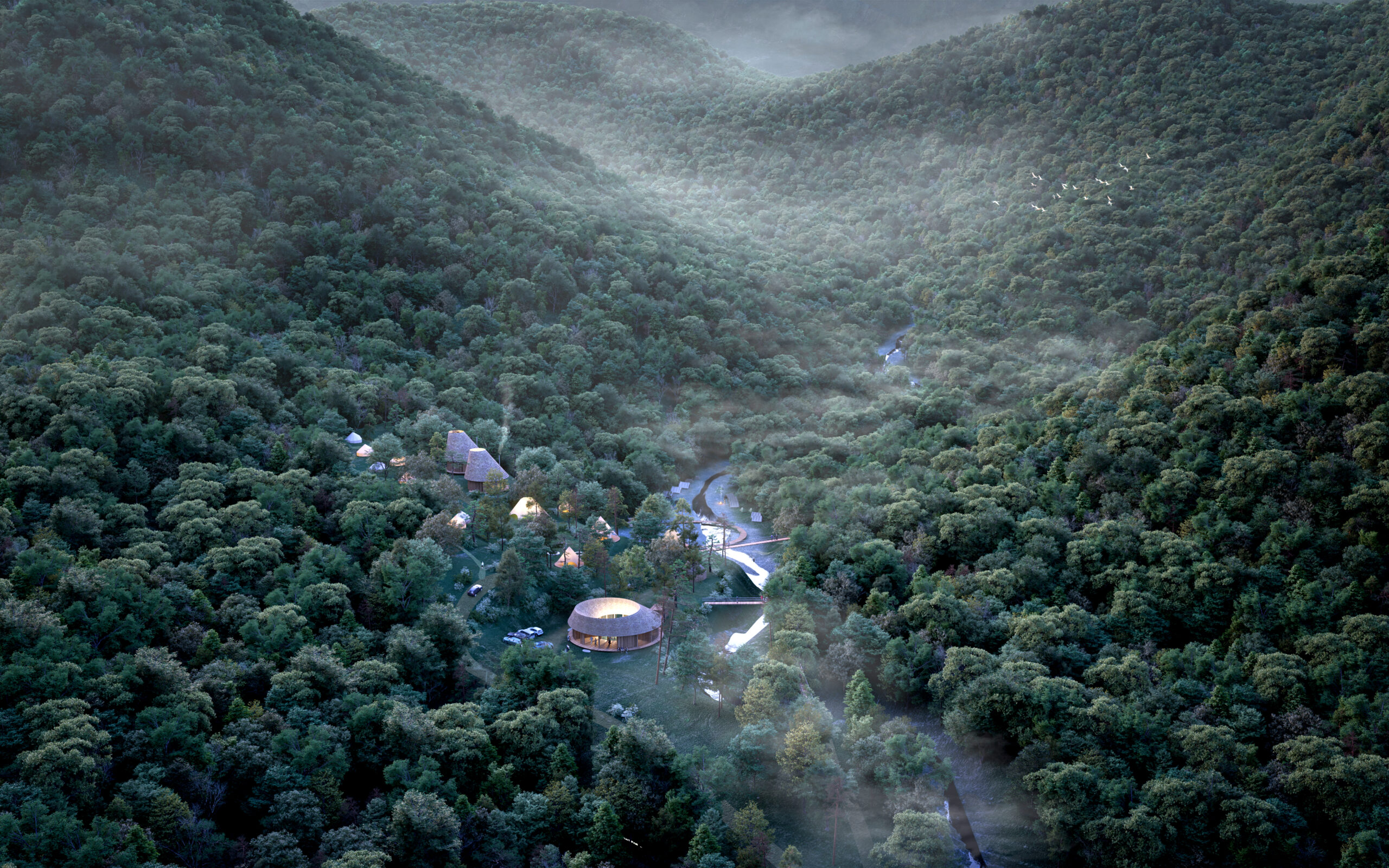 The “circular” design philosophy that runs throughout the project is a nod to the national heritage of the two architectural firms, and the synergies between their cultures.

In both Denmark and Japan, early civilisations were founded in circular gatherings, often to capitalise on natural resources like fire, water and food.

Universally, the circle has come to symbolise equality, openness and democracy. These values that have been incorporated into the circular design concept for the project, engineered to nurture a sense of community, and encourage outdoor pursuits. 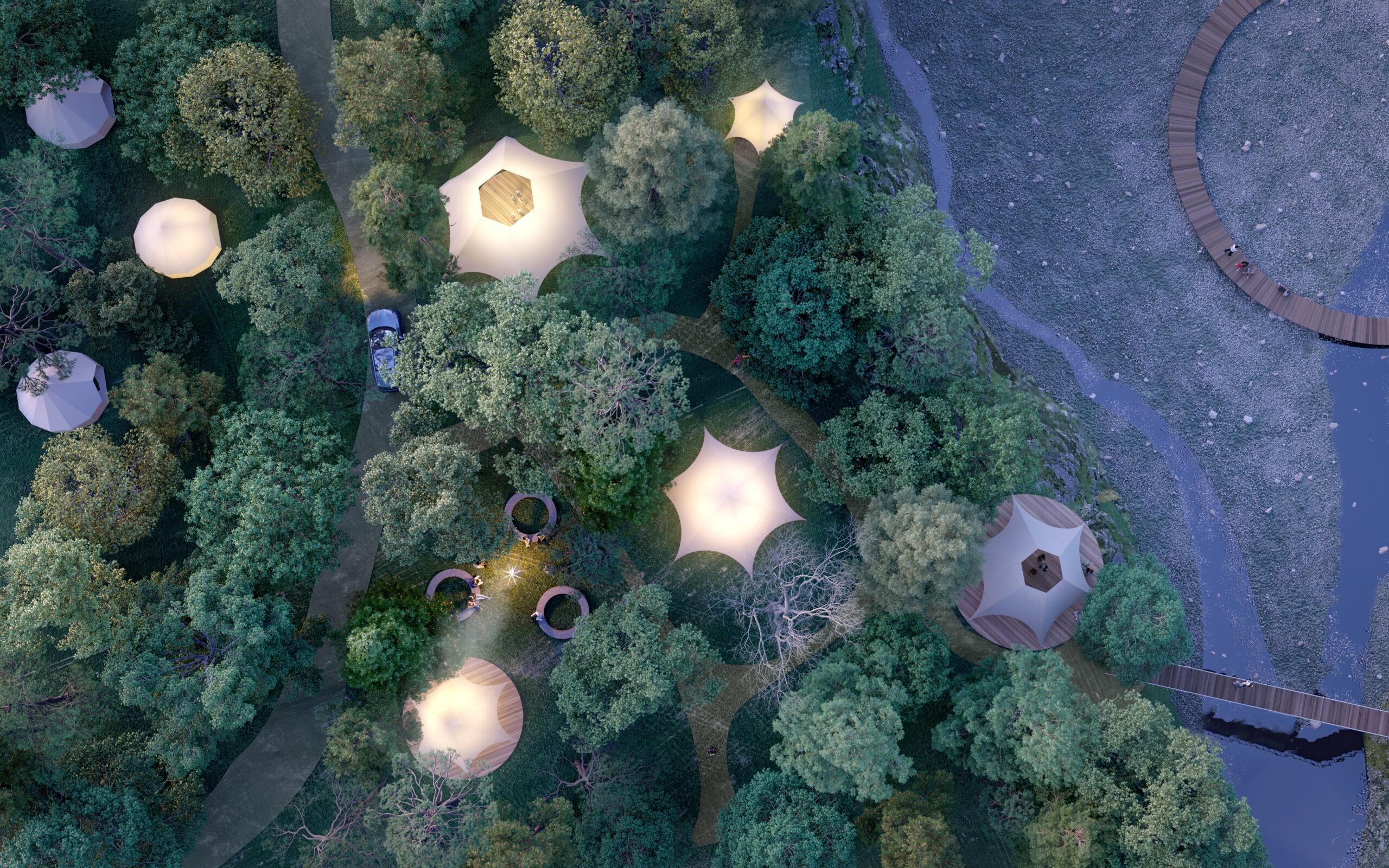 The new glampsite will be built entirely from renewable materials and repurposed building waste. Hygge Circles Ugakei will consists of three zones – a section with cabins and spaces for glamping tents, a riverside area where tents can be pitched, and an open-air learning area for activities based in nature.

A large central building in the middle of the park will house the reception, shops, workshop area and a space for welcoming guests.

Revolving around a central courtyard, the area has been designed for year-round use. Its optimised roof design catches low rays of sunlight in winter, while providing shade throughout the summer. 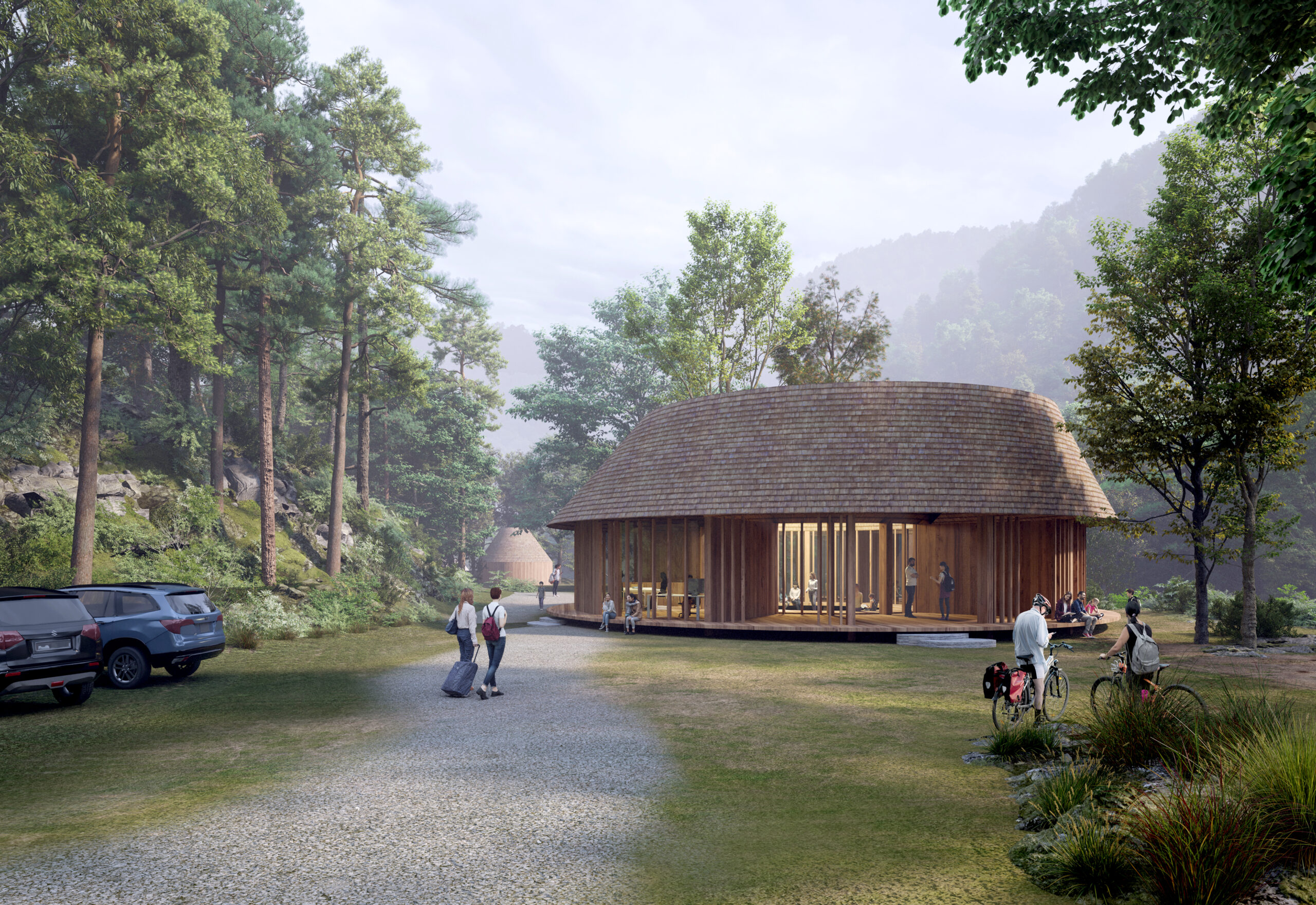 “We believe the future is about circularity,” says Flemming Rafn Thomsen, lead architect and co-founder of Third Nature. “Our proposal is composed by a family of circles that define a series of sustainable communities.

“The master plan and buildings embody a unique environment and a regenerative ‘hygge’ experience in nature. It is our hope that our project will become the base camp for a new type of regional nature-based development that promote sustainable awareness and brings the gift of nature to many urban dwellers.”