Interstellar Lab is building a ‘bio-regenerative’ Martian utopia in the Mojave desert that will be open to tourists who want to discover what it would be like to live on Mars. Emily Eastman reports

Paris-based research group Interstellar Lab is working to bring a Mars-ready village to North America’s Mojave desert – one of the driest places on the continent – to further research on how humans could live on other planets, while simultaneously learning how to create more sustainable communities on Earth. 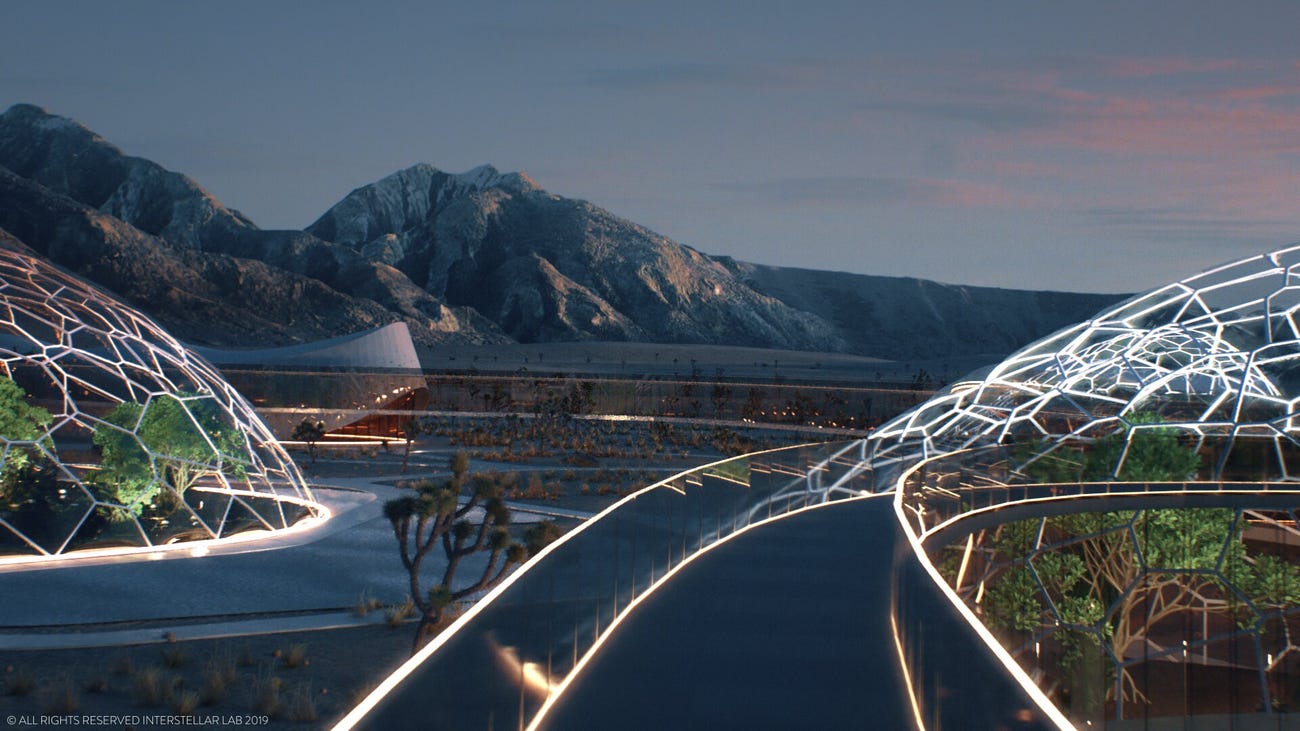 The site will be able to support up to 100 people in glass-clad domes, served by futuristic transport systems. In addition to laboratories in a dedicated science area where inhabitants can test life-support technologies, there will also be an art and music centre (humans will need creative activities to thrive on Mars). 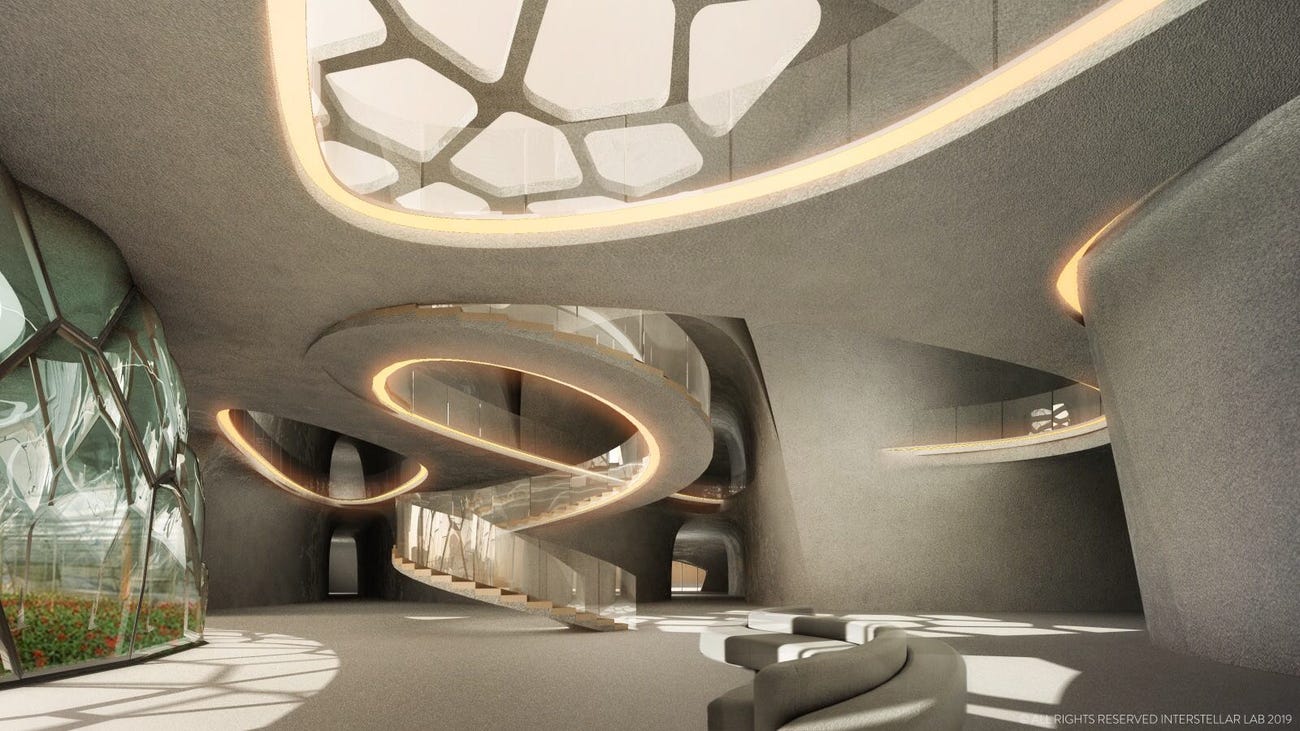 The colony’s EBIOS are intended to serve as a hospitality and science centre for astronaut training and agricultural analysis. Interstellar Lab says it is in talks with NASA about the site’s potential use for space-based government research.

While the Mojave Desert facility will be dedicated to research for half the year, during the other half, it will be open to tourists. 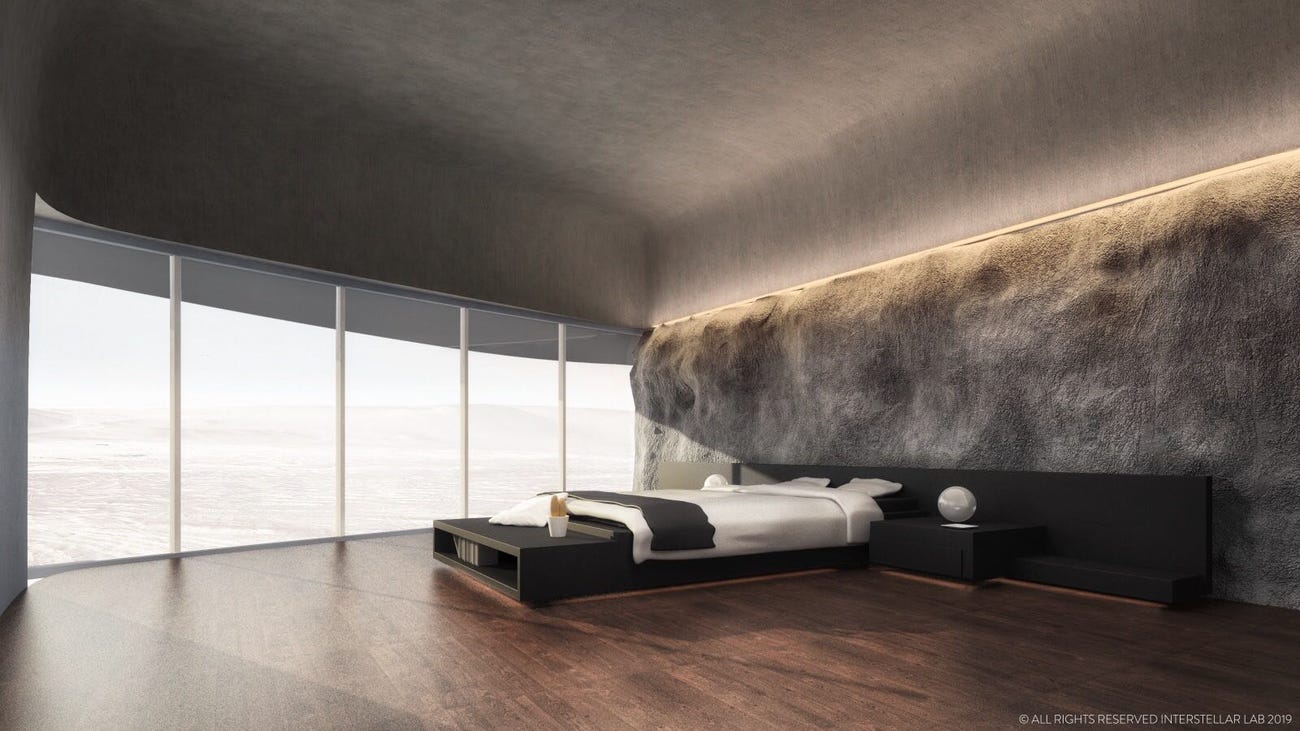 The costs are still being weighed – Interstellar Lab’s founder and CEO, Barbara Belvisi, is currently projecting between US$3,000 and US$6,000 for a week-long stay – but the goal is for tourism to help fund the project. The company is currently working to raise more capital for design and construction.

When completed, the EBIOS will be carbon-neutral and produce zero waste – meaning they can offer a useful framework for communities as the threat of climate change looms large.

Belvisi says: “There is a strong link between space exploration and the awareness of what is going on on our own planet.” 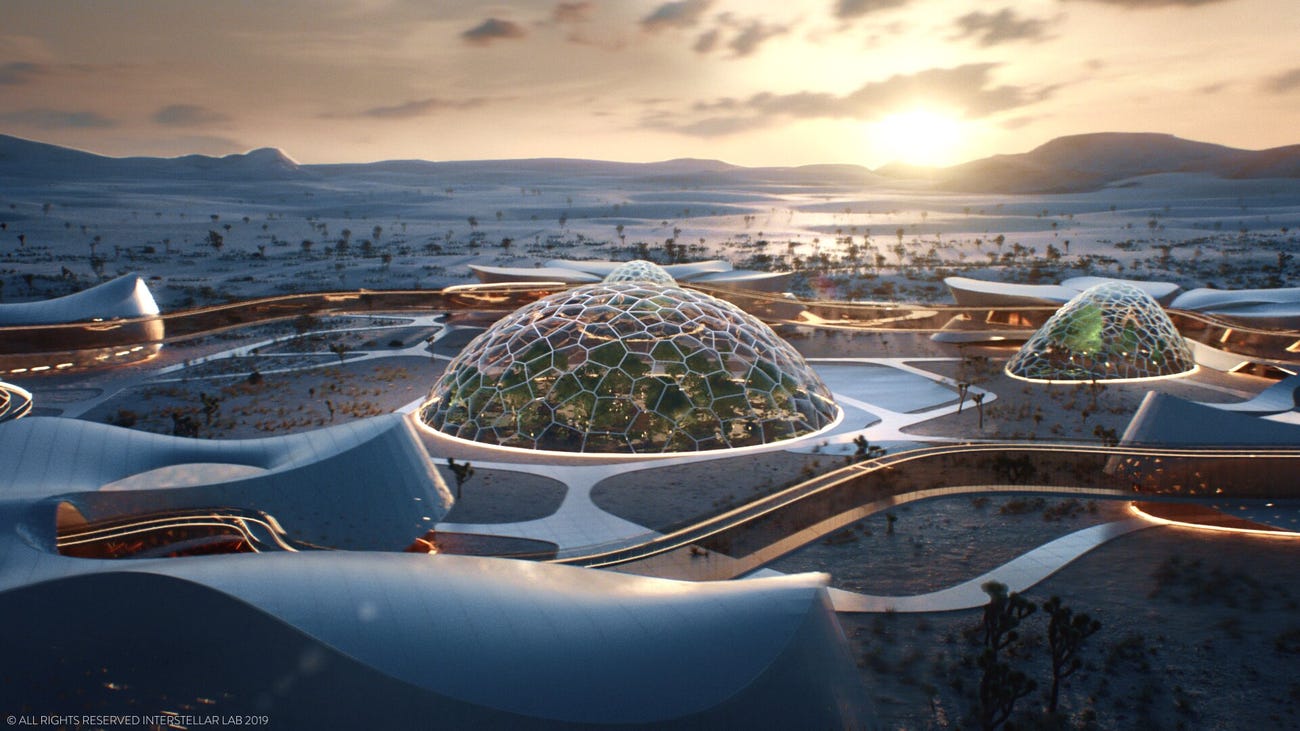 She adds: “Sentient life is likely very rare in our universe – complex life may be rare in our solar system. At Interstellar Lab we are building technologies to help its preservation and regeneration on Earth now and in the future on other planets.

“What we need to bring on Mars for life is what we need to protect on Earth right now. The only path to become a multi-planet species is to join our energy towards the same direction.”

Research conducted at the village will inform Interstellar Lab’s research and enable it to build Environment Controlled Life Support Solutions (ECLSS) for space settlement on Mars and the Moon.

Belvisi founded Interstellar Lab 2018. Its mission is to study how humans could thrive on Mars and improve life on Earth in the face of climate heating.

Speaking to Venture Beat, Belvisi said Interstellar Lab has identified four possible locations within the Mojave desert for the EBIOS village. The aim is to begin building the colony in 2021.

But Interstellar Lab’s ambitions don’t end there – Belvisi has said she wants to build a second EBIOS in Cape Canaveral, Florida, close to the Kennedy Space Centre.

The Mojave Desert announcement is the latest in a series of headlines about sending humans to space. Towards the end of 2019, Elon Musk debuted Space X’s Starship, designed to take humans to the Moon and Mars, while NASA’s work in sending humans to Mars is on-going.

For a short time, it was available to book a trip to via TripAdvisor Experiences – for €6,050, tourists could take an expedition to Ares Station, a test centre built deep in Spain’s Cantabrian mountains

Just as there would be on Mars, there are research labs, life capsules, a hydroponics lab for growing plants, autonomous power and water production systems, 3D printers, a kitchen, leisure areas, a gym, survival kits, a robot explorer and food adapted to each crew member’s dietary profile. Participants will also get their own custom-fitted astronaut suit.

To learn more about the future of space tourism, download Globetrender’s Future of Luxury Travel Forecast: 2020-2025.