Soho House will open its next private members’ club – 180 House – before the end of 2020. Located on London’s the Strand, it will also feature separate Soho Works communal office zones. Samuel Ballard reports

The new club, called 180 House, will feature a two-floor members’ area, restaurant, bar and rooftop pool. Underneath the house will be Soho Works, the company’s dedicated co-working concept, which is being introduced across many of its properties.

The building, which is located at 180 Strand, close to Covent Garden in central London, was designed by Sir Frederick Gibberd in 1971-76. It has been reimagined by Soho House Design with original features retained. A renowned Brutalist landmark, 180 Strand is one of the most well-known examples of the architectural movement in the British capital.

The ninth floor of 180 Strand will have a rooftop pool with views across London, facing the River Thames, London Eye and Parliament. The top floor also has a restaurant encased in a glass box, which has views of St Paul’s Cathedral and the City of London. 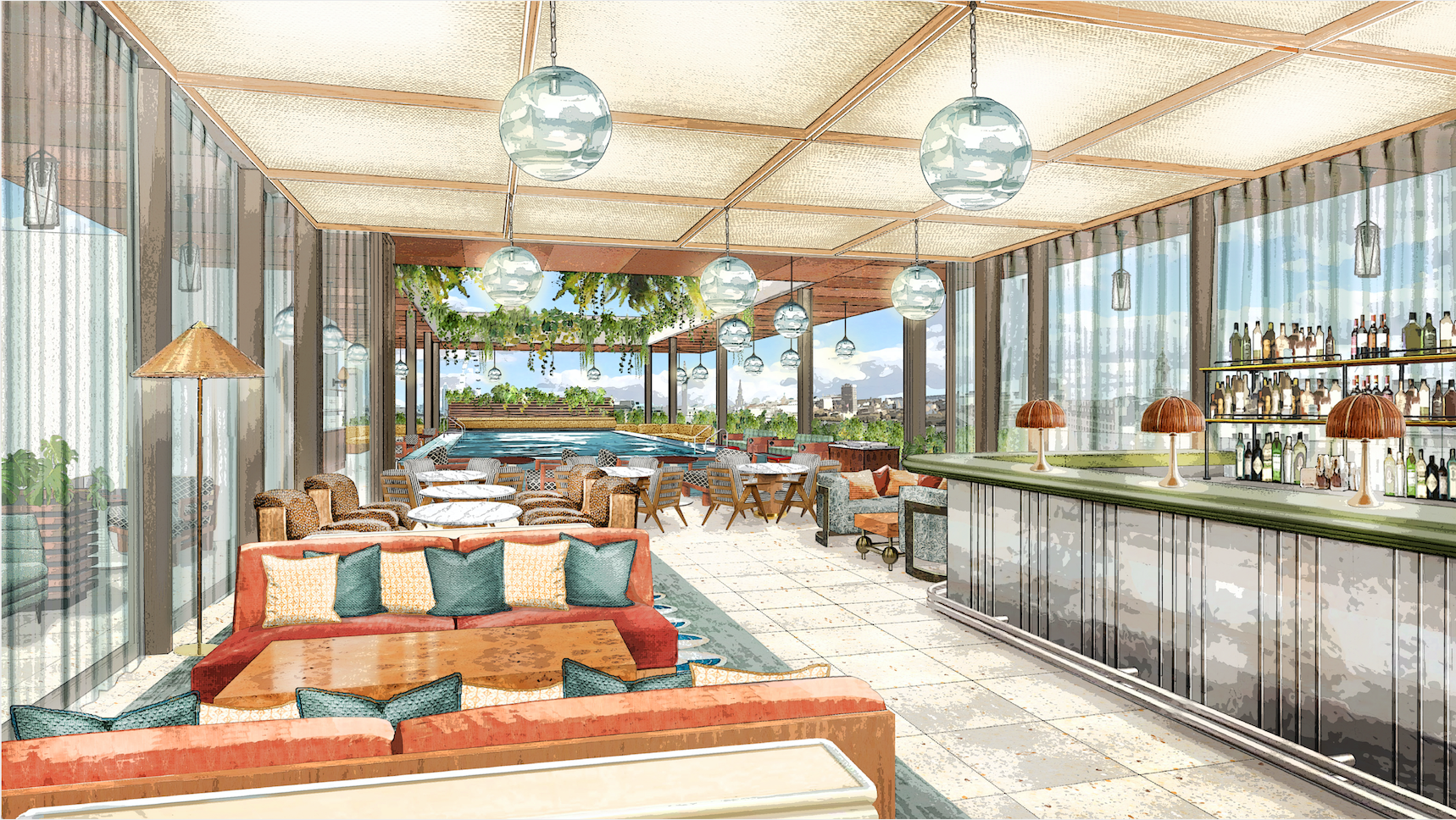 Soho House, which was founded in 1995, currently has 27 sites around the world, most of which can be found in London. The city has houses in Soho, Shoreditch, White City, Notting Hill, Mayfair and Chiswick. There are also two rural retreats in the Cotswolds called Soho Farmhouse and Babington House.

In Europe, Soho House has a presence in Spain, the Netherlands, Germany, Turkey and Greece. There are also houses in North America and, as of last year, Asia, with Mumbai. There are upcoming houses in Hong Kong, Paris, Tel Aviv and Rome.

The Soho House empire has developed rapidly in recent years. In 2019 the brand launched its first roadside motel, Mollie’s.

Speaking at the time, Soho House founder, Nick Jones, said: “It’s been a long-standing passion project of mine to have a go at reinventing the British roadside experience. From opening Cafe Boheme in 1992, to Babington and Soho Farmhouse, I like looking at how we can change the way things are done and improve them for the customer, my aim with the first Mollie’s Motel and Diner is to offer affordable style for everyone to eat, drink and sleep over.  ”

He added: “I want this to be the blueprint for the future of Soho House; using technology to create an even more streamlined experience, from the moment you book right through to closing your door for the night.”