In 2020, the parent company of Japanese airline ANA will launch a futuristic new scheme that allows Newme avatar robots to travel on behalf of humans. Controlled from remote locations, 1,000 of them will be deployed by next summer. Jenny Southan reports

Capable of travelling at just under 3km/ph, ANA Holding’s skinny Newme robots stand at 1.5 metres tall and have a tablet computer as a head. Designed by ANA HD, on the screen will be the face of the human it is representing when it gets to the destination, who will be able to see and speak to the people they meet via live video link.

It may sound completely bizarre but the idea starts to make sense when you learn more about it. For a businessperson who is too sick to travel or someone with mobility issues, it offers the possibility of them being on the ground virtually. It also enables experts to access places that might be dangerous or difficult to get to physically.

Each Newme robot has the ability to transmit full-HD, 2K video that will allow users to see and interact with the robot’s surroundings in high resolution. It also has customisable body accessories that can be adjusted to fit a variety of deployment needs.

Whereas video-conferencing works for a one-off meeting, a robot avatar will be able to trundle around cities, hospitals, offices or even war zones, where humans would be at risk, not to mention other planets (see Avatar X). 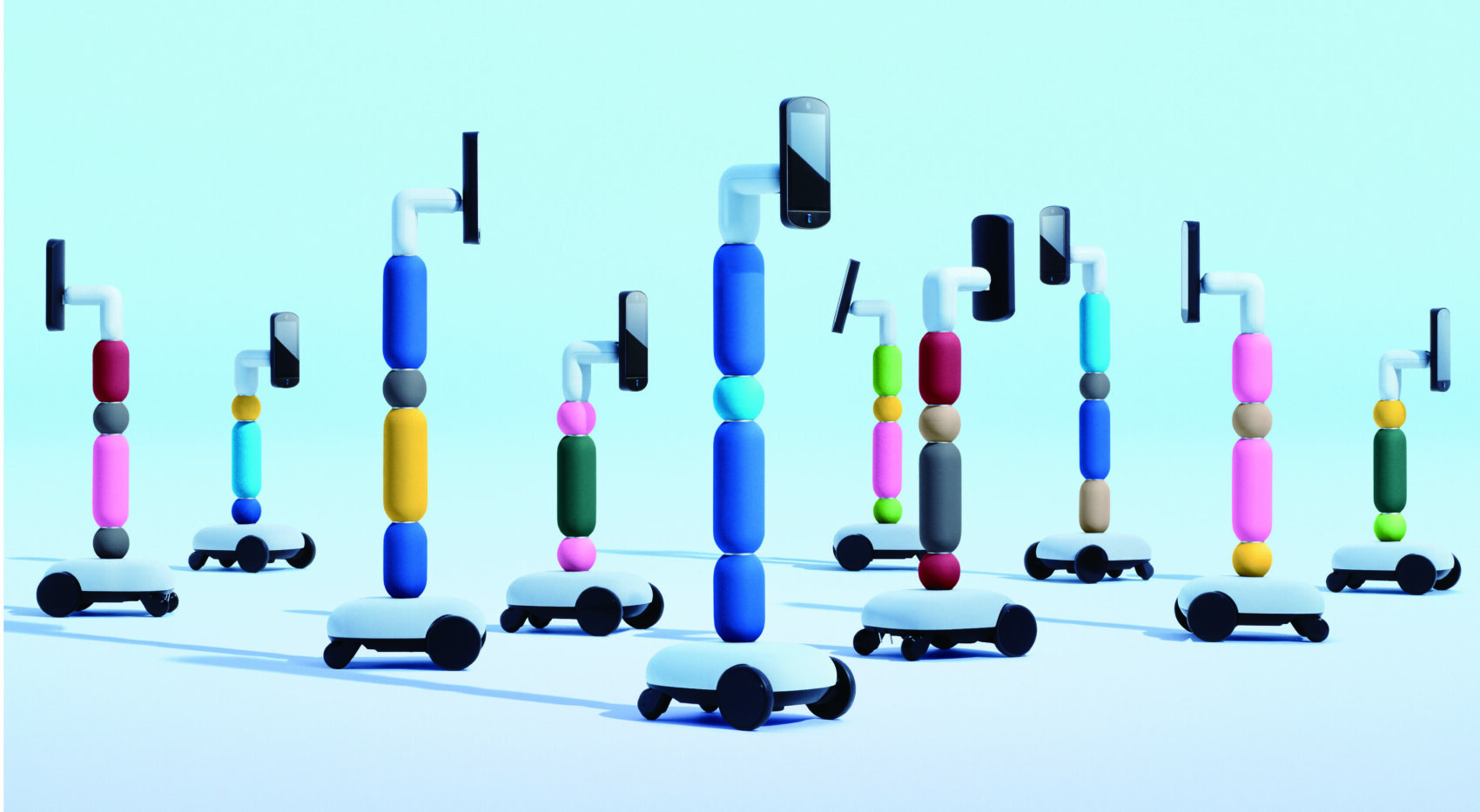 One scenario ANA HD gives is using avatars to enable people to fish in Oita Prefecture, on the Southern island of Kyushu, remotely from Tokyo. In the future, ANA plans to deliver all of the fish that are caught using this technology to the operator’s home directly from Oita.

Avatars could also enable sick children to continue to attend school, see their family and friends, and communicate with the outside world.

Newme will also be used for tourism purposes. ANA Avatar says: “Avatars have the ability to exceed the limitations of VR to enable real-time, real-world remote exploration and travel experiences.”

It forsees Newme being used by the general public for shopping, visiting musuems and watching sporting events remotely.

ANA Avatar says: “Integrating multiple exponential technologies ranging from robotics to haptics, real-world avatars will allow anyone to teleport their presence, consciousness, knowledge, and skills to a remote location.

“Avatars are a breakthrough in physical access that will make it possible to deliver human resources and specialised skills to where they are needed the most.”

“In the near future, general-purpose avatars will allow all of humanity’s skills to be shared via a single avatar unit capable of serving an infinite number of roles.

It adds: “ANA has already started to pioneer real-world applications of this technology and will continue to accelerate and expand the scope of this initiative to physically connect the entire world.

“ANA Avatar will allow humanity to go beyond all limitations and finally break through the remaining barriers of distance, time, and culture that exist in our world to bring about an era of unprecedented physical connection, resource sharing, mutual understanding and global abundance.”

ANA HD’s Avatar program will be powered by the core-service platform Avatar In, scheduled for release in April 2020, which will facilitate interactivity between robots and their operators.

Although the platform will be compatible with a wide range of avatar models and technologies, ANA HD will be conducting initial tests with Newme.

The company says that by providing a new means of connecting people, avatars have the potential to expand opportunities for a wide range of people, making it possible for the elderly and those with disabilities to fully participate in society and even find employment.

This is not all. As part of its “Society 5.0” vision, ANA HD will be collaborating with partner companies and local governments to create a worldwide “avatar social infrastructure”.

It says: “This far-reaching plan will change the way that mobility is leveraged to solve social issues, and help create a society that exponentially increases freedom to learn, share and move.”

Shinya Katanozaka, president and CEO of ANA HD, says: “ANA HD is built on connecting people and avatars have the potential to connect people across the world in a way that traditional travel cannot and is a continuation of our core beliefs.

“Our vision of a better connected planet will rely on the latest innovations in haptic robotics, VR/AR and AI to transform the way that humans interact. By placing the world at your fingertips, avatars will open up new possibilities and help reshape everything from business and education to healthcare and entertainment.”