Foster and Partners, the London-based architectural firm, has designed a new airport for Amaala, Saudi Arabia’s ultra-luxury destination that is inspired by a desert mirage.

The airport, which is due to be completed in 2023, will see one million travellers pass through every year once it opens, and will have “climate-controlled hangars that will be available for private jets”.

Meanwhile, Amaala, located on Saudi Arabia’s north-west coast, is being developed as destination for the well-heeled, set within Prince Mohammad bin Salman’s Natural Reserve. It is scheduled for completion in 2028.

Foster and Partners’ work incorporates the terminal and control tower. On approach, visitors will see land art from the air, while the structure itself “takes inspiration from the surrounding environment, resulting in a mesmerising mirage effect”, according to a statement.

Ultimately, the airport will reflect the luxury hospitality of the resort destination of Amaala.

Nicholas Naples, the chief executive officer of Amaala, says: “A gateway to Amaala, visitors will be greeted by personalised experiences from the moment they step off the plane. From design to personalisation, this will be no ordinary airport.

“Immersed in the spirit of Amaala, the airport will create an environment that embodies the philosophy of the destination beyond. This will be a unique space that personifies luxury and marks the start of memorable experiences for the world’s most discerning guests.” 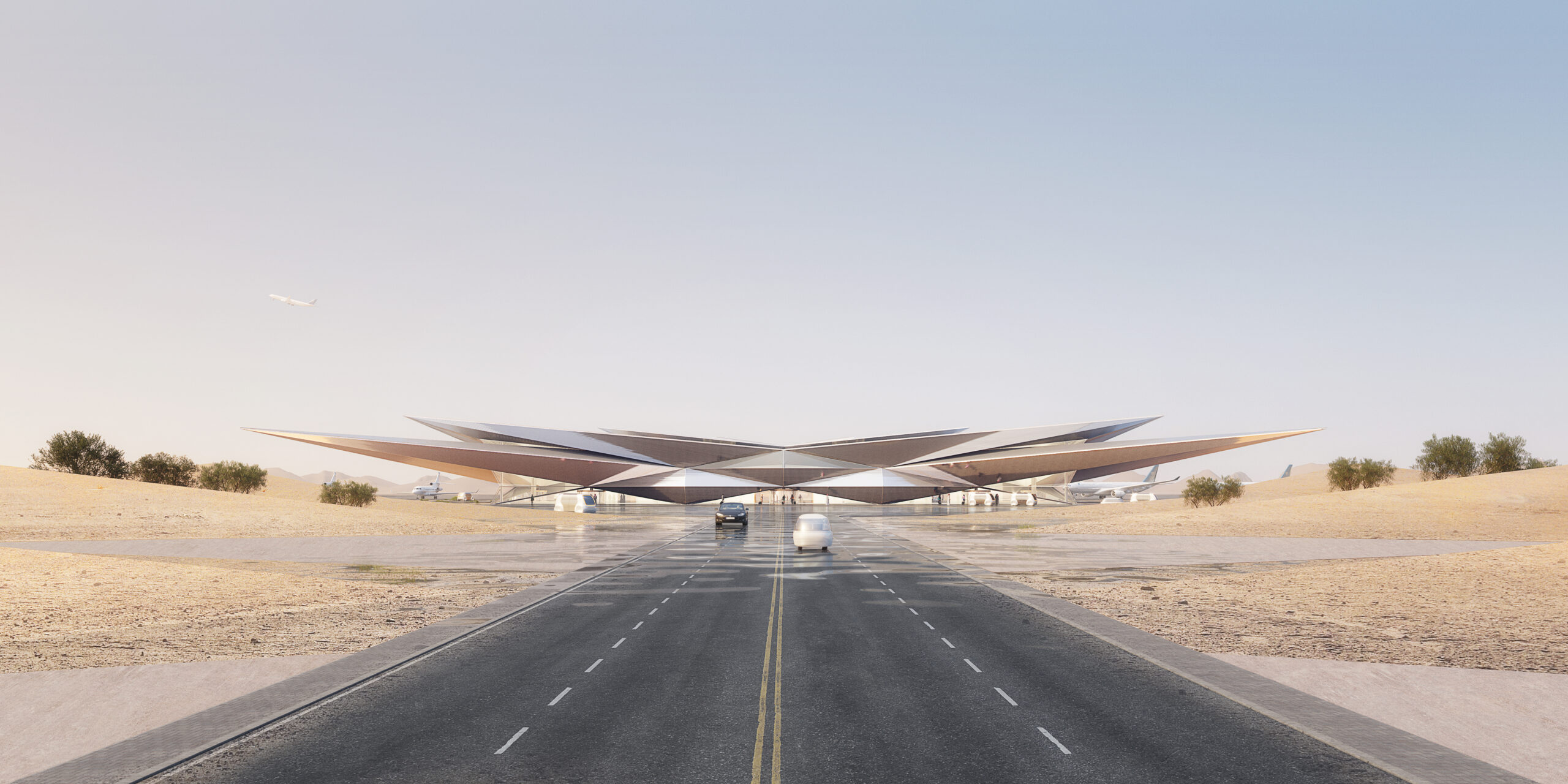 In April Globetrender reported on how Amaala was part of Saudi Vision 2030, with the country looking to create a “riviera of the Middle East”.

Gerard Evenden, a senior executive partner at Foster and Partners, says: “Responding to the surrounding landscape, the terminal building will form an exclusive gateway to the Amaala resort.

“The passenger experience through the entire building will be akin to a private members club – luxurious and relaxing. Focusing on the themes of art, wellbeing and sport, the design seeks to establish a new model for private terminals that provides a seamless experience from resort to aeroplane.” 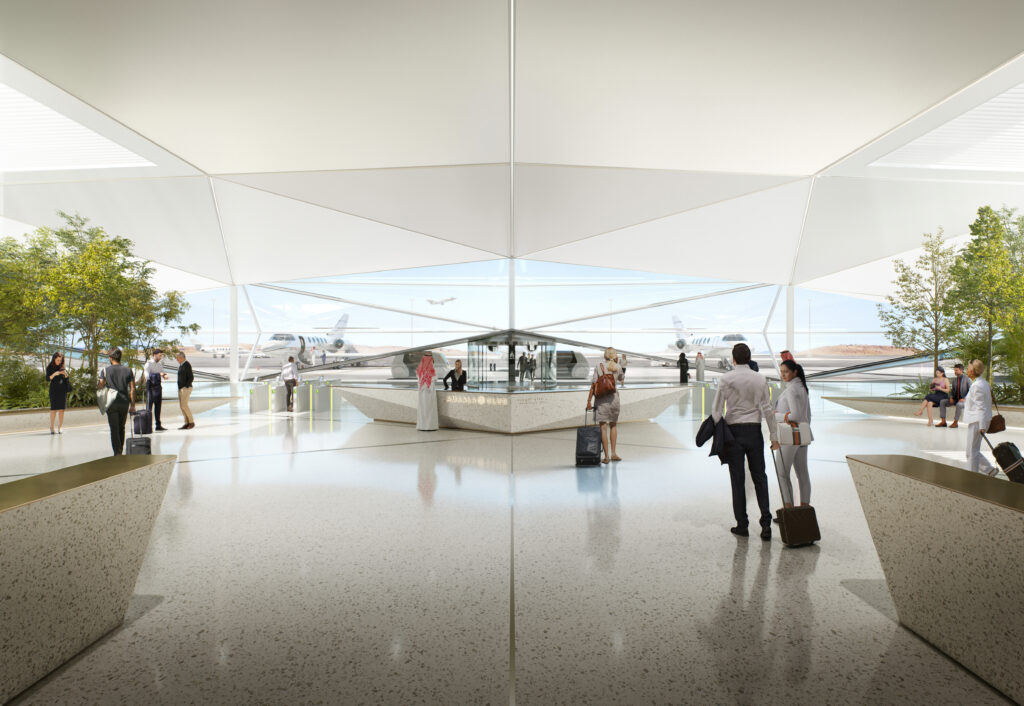 Middle East and South Asia aviation director of Egis, Jacques Khoriaty, says: “Along with embodying the luxurious spirit of the resort, the Amaala airport meets the highest environmental design and sustainability standards, is operationally versatile and incorporates the latest airport technology and best practice standards on offer.

“It has been a privilege to have worked closely with Amaala to define the requirements of this unique project and we look forward continuing our support all the way through to the opening of the airport in 2023.”

Although the project sounds impressive, there are ethical considerations as well. Earlier this month, climate activist group Architects Climate Action Network called on Foster and Partners to pull out of the deal to design Amaala International airport because it didn’t believe that as founding signatories of Architects Declare, Foster and Partners should be encouraging the expansion of carbon-producing industries.

It said in an open letter: “If you are unwilling to relinquish your involvement in aviation expansion and find yourselves unable to reconcile these projects with the [Architects Declare] declaration points, we suggest that you consider stepping down from Architects Declare for the time being, in order to safeguard the integrity and credibility of the initiative.”