Capable of making up to 800 drinks a night, the Makr Shakr robotic bartender has taken up residence in Milan, at a rooftop bar that overlooks the city’s cathedral. Jenny Southan reports

Modelled on the gestures of Italian dancer and choreographer Marco Pelle from the New York Theatre Ballet, the makers of the Makr Shakr say it is “the most advanced drink-mixing robot ever put on the market” and is available to buy or rent.

This summer it has taken a job mixing sundowners at the the View by Makr Shakr bar in Milan, which is located on the roof of the TownHouse Duomo hotel.

Developed in Turin, Italy, the Makr Shakr “aims to empower people with new robotic interactions”. Instead of shouting orders at a flustered bartender, customers place their order via app – they can either select pre-made recipes or create and name cocktails of their own.

Over the past few years, the Makr Shakr robotic arms have collectively created over one million cocktails. Each one is capable of mixing up to 800 drinks in a single night – the equivalent of 133 an hour on a six-hour shift.

In Milan, the Makr Shakr bar features two mechanical arms that can precisely prepare and serve any drink a customer requests in seconds – shaking, stirring and muddling with co-ordinated, dance-like movements. 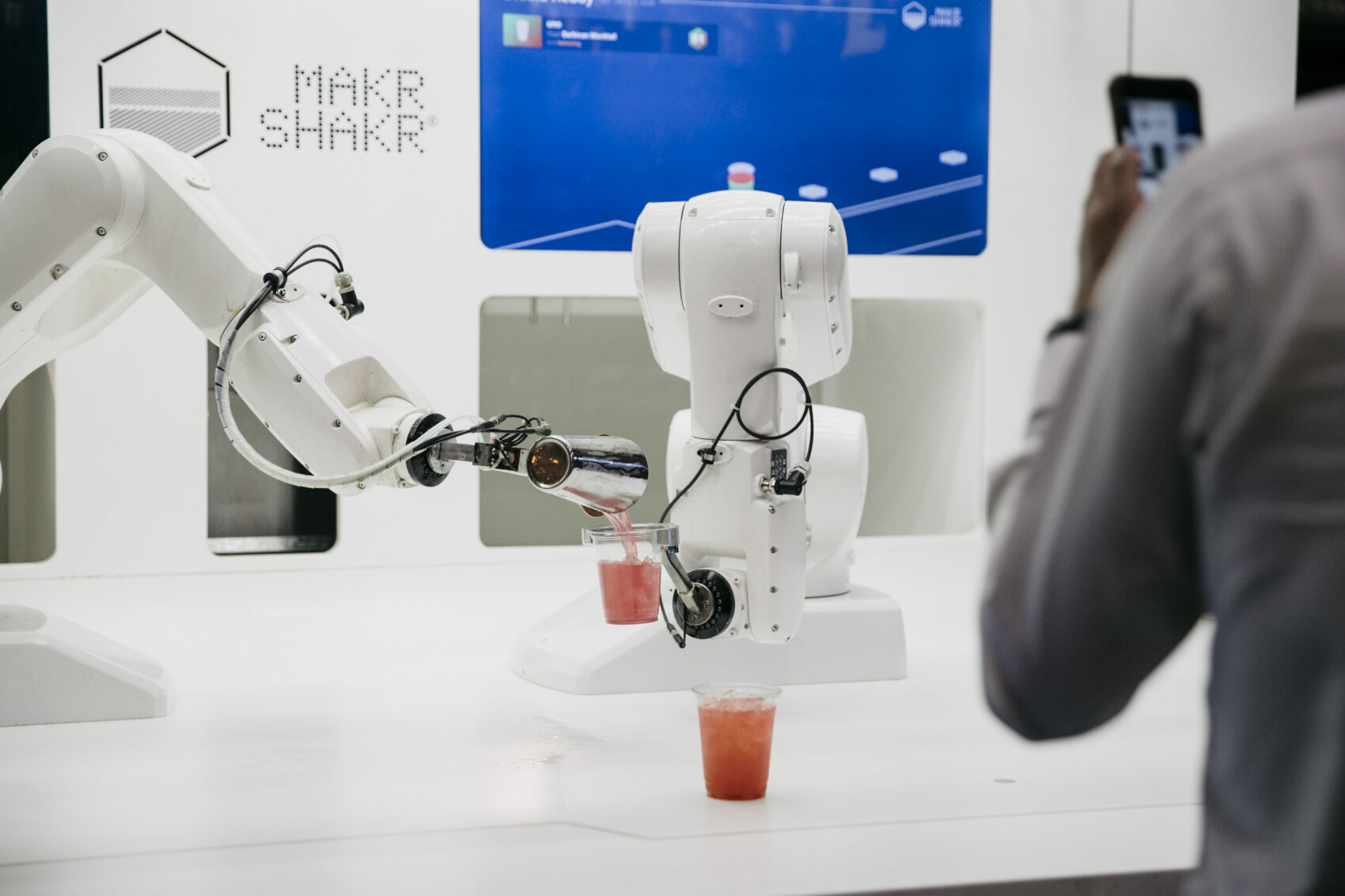 Apparently, it can manage more than 150 bottles of different spirits hanging from the ceiling of the bar structure, to create an infinite combination of drinks.

After the launch of the Bionic Bar, which has been serving cocktails on the various Royal Caribbean cruise ships and in malls and hotels around the world, the company launched Toni, the first robotic bartender catered for the mass market.

With this new product, the company wants to encourage people to think about the changes introduced by today’s increasing “robotisation” trend and the social implications of the Fourth Industrial Revolution.

Emanuele Rossetti, CEO of Makr Shakr, said: “It is not about replacing humans with robots but allowing robots to be extensions of our arms. In short, you are the bartender.”

Carlo Ratti, founding partner of CRA-Carlo Ratti Associati, the firm that designed the machine, said: “Industrial robots are going to change the global workforce, but many people have never had the opportunity to see them – let alone interact with them. Our motivation is in creating novel opportunities for people to interact with new technologies.”

The latest edition of Makr Shakr is also currently taking up residency at the Barbican, London until August, 26, 2019, to coincide with the exhibition AI: More than Human.