Alibaba’s FlyZoo hotel in Hangzhou is staffed by robots

The sci-fi FlyZoo hotel in Hangzhou is staffed by robots, Chinese guests can check in with facial recognition and rooms are voice controlled. Anthony Pearce reports

Owned by Chinese e-commerce giant Alibaba Group, and powered by Fliggy, its online travel platform, the FlyZoo employs a range of artificial intelligence services, including robotic droids that carry food and fresh towels.

Opened at the end of last year, the 290-room hotel is located close to Alibaba’s headquarters in the east of the country, in Hangzhou, 170km southwest of Shanghai.

Travellers can use the app to book and view rooms in 3D with a dedicated app, while local Chinese guests can also use it to check-in, simply by taking a picture of their face (Globetrender recently reported on the arrival of facial recognition in hotels). Foreign guests must visit a kiosk in the lobby upon arrival, where their picture is taken. 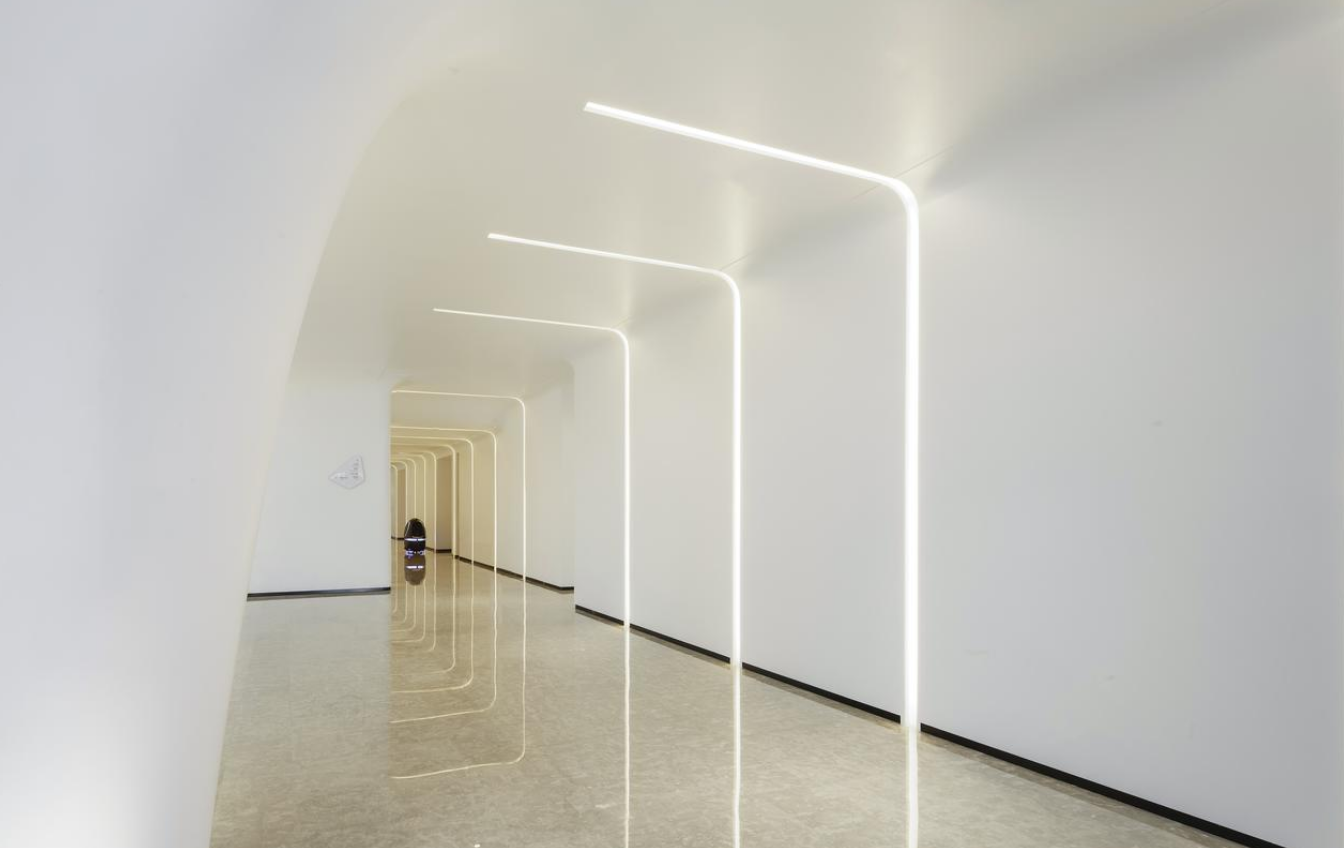 From then on, guests can choose to use facial recognition, instead of keys or keycards, to access the hotel, elevators and rooms. 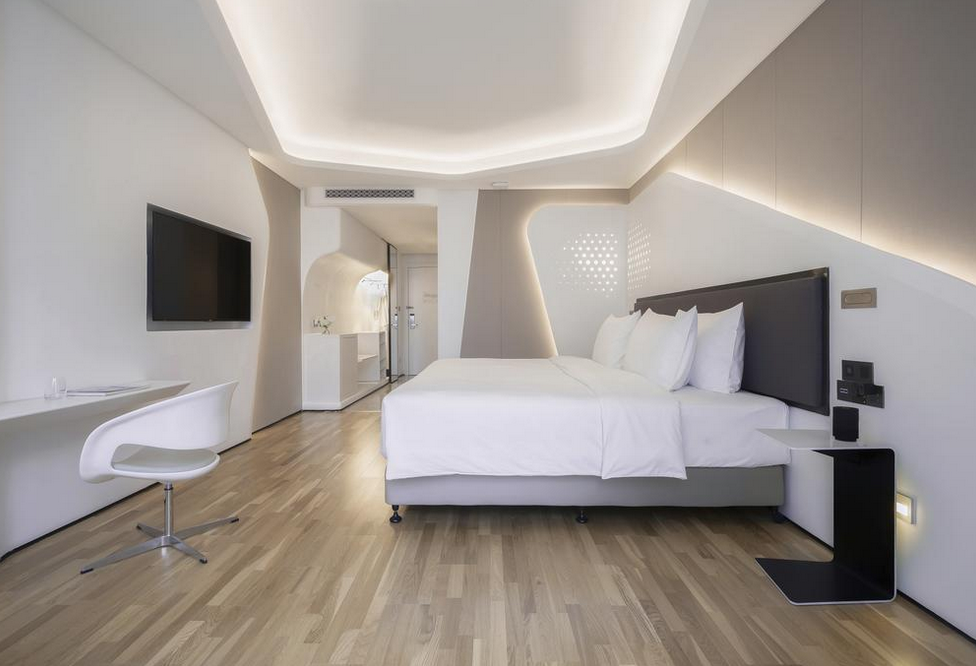 Each room is also equipped with a Tmall Genie smart assistant, which can adjust the temperature, lights, curtains, operate the TV, play music and answer questions, with simple voice commands.

Guests can use Tmall Genie to order new pillows, food and drink to the room, and a waist-high robot will arrive with them. Room fees start from 1,390 yuan (£165) a night. 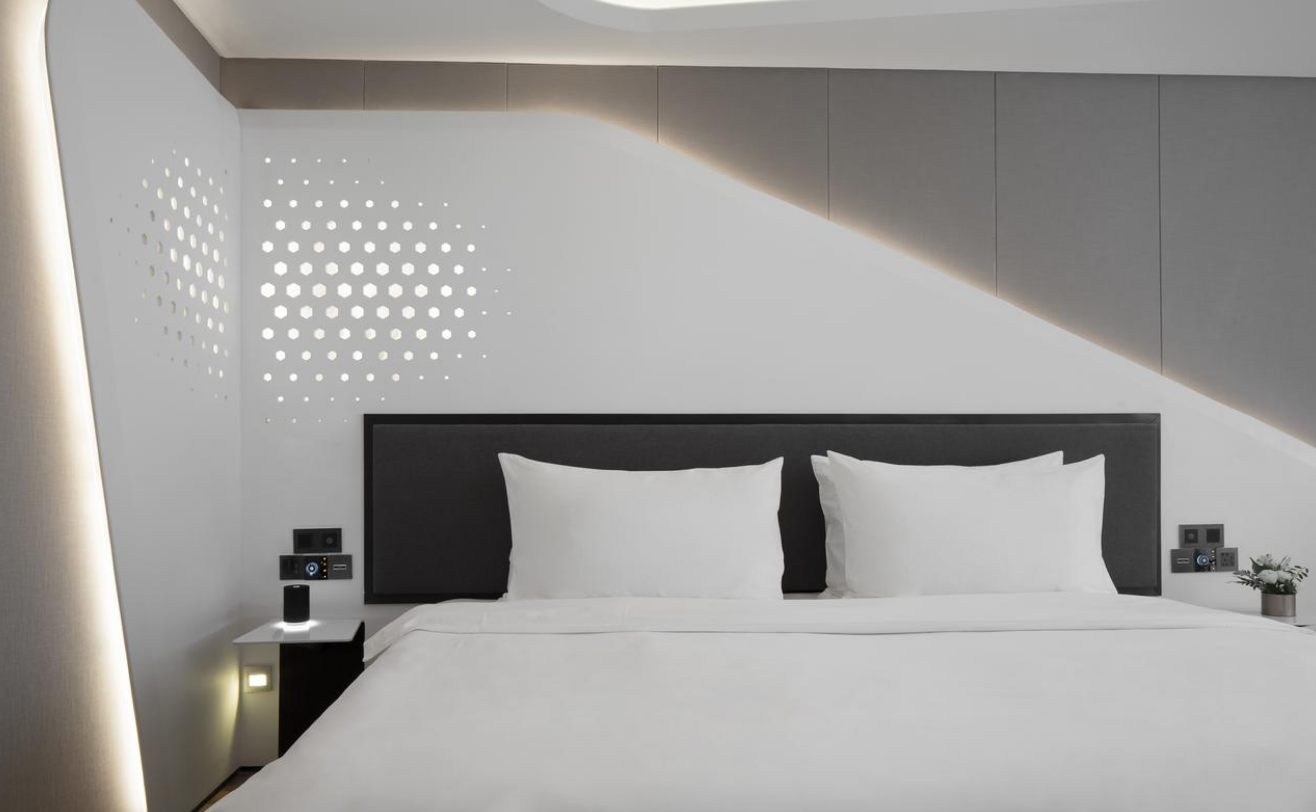 Down in the FlyZoo hotel restaurant, guests also order meals via the app, with plates delivered to them by robots. And the gym has an interactive digital floor and wall for high-tech workouts.

“It’s all about the efficiency of the service and the consistency of service, because the robots are not disturbed by human moods. Sometimes, we say we are not in the mood, but the system and the robot will always be in the mood,” he added.

Mark Natkin, managing director at Beijing-based technology consulting firm, Marbridge Consulting, told Reuters: “For Chinese consumers, there’s this real glee in having exposure to things that seem like futuristic technology developments, and then beyond that, I think there’s a much greater comfort level with data sharing.”

Since it was founded in 1999, Alibaba Group Holding Limited has expanded across e-commerce, travel, retail and technology, and is now one of the world’s top ten most valuable companies. In January 2018, it became the second Asian company to break the US$500 billion valuation mark, after its competitor Tencent.

FlyZoo, which is a play on the Chinese phrase “must stay,” combines many of the Alibaba Group’s interests, creating one of the world’s most futuristic hotels, at least in terms of technology.

However, it appears the innovations will not be exclusive to Alibaba-owned properties. Fliggy has already collaborated with Marriott International on facial recognition for Chinese guests in Hangzhou and Sanya.

A statement read: “The traditional hotel check-in process takes at least three minutes and even more during peak times with most of it spent on queuing. With the adoption of facial recognition technology, the check-in process can be completed in less than a minute.

“Chinese guests simply need to scan their IDs, take a photo and input contact details on a self-help machine. The intelligent device will then dispense room key cards after identities and booking information are verified.”

What’s the Flyzoo hotel like for a foreign guest?

Here is a review from TripAdvisor…

“Checked out the FlyZoo because we had heard that Alibaba had opened a new hotel. Guests be warned, if you’re not Chinese and have Alipay and a Chinese ID, checking in/out and paying for things here is a pain.

“The guest room was fitted out to an upscale standard. Do not expect luxury here. To operate the TV, lights and curtains in the room you need to give instructions to the Tmall Genie (like an Alexa) in Mandarin. Otherwise there are also manual switches.

“I did not try asking for amenities like bottled water and towels but I understand that the hotel will send a robot to make the delivery (after a cumbersome process where they send you a code to your mobile phone that you need to input on the robot’s touchscreen to verify the delivery).

“Food was OK. We had dinner in the Chinese restaurant, where we were also served by a combination of robots and human staff. Again you need to scan a QR code to order on your phone and make payment via Alipay. 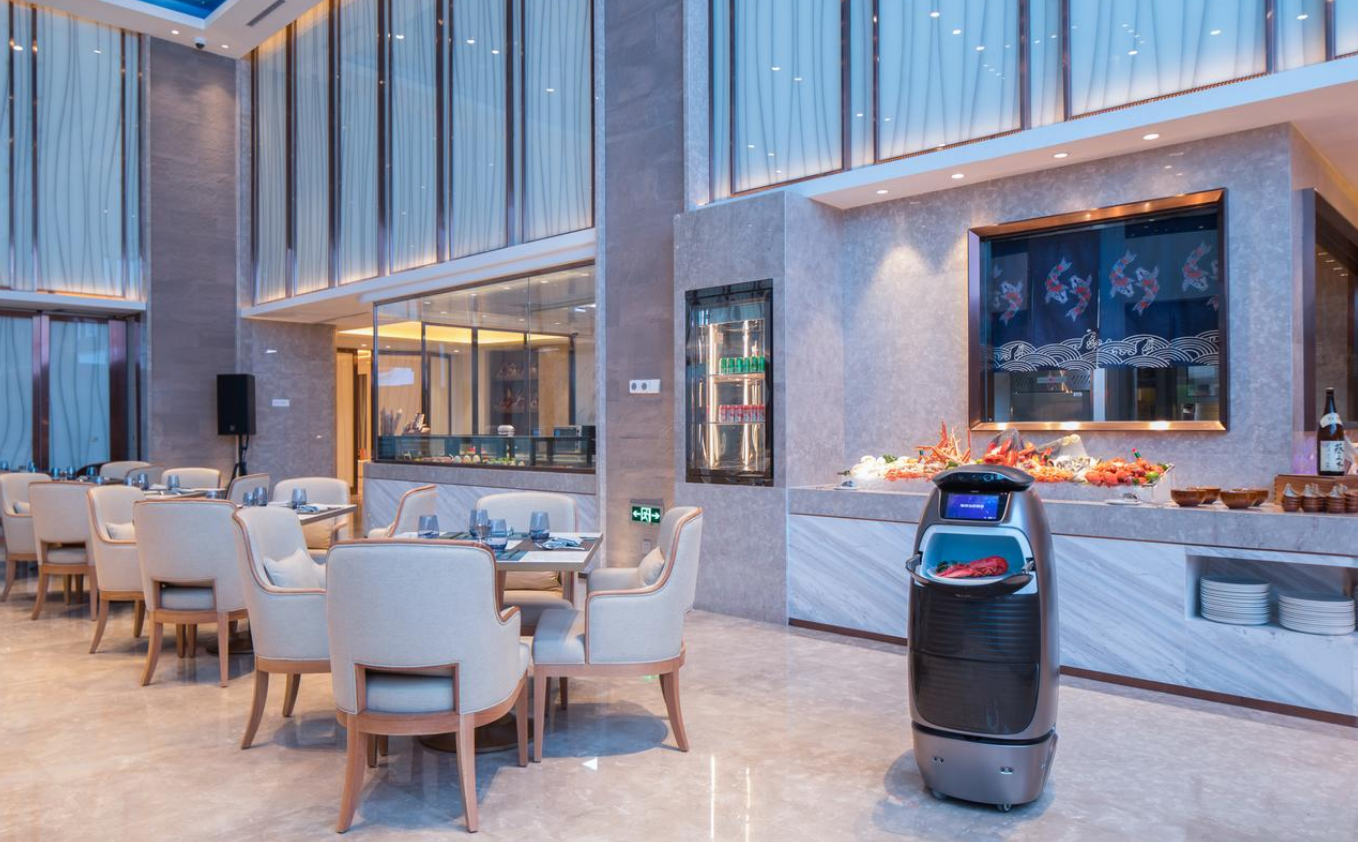 “We realised that if we didn’t take the food out of the robot drawer fast enough it would close the door and move away. The human staff would need reprogram it to come back.

“There was an outlet attached to the hotel that served cocktails, made by a robotic arm, but also had to be stirred by a human to finish the drink.

“Didn’t get a chance to use the gym but we passed by and saw that it was well fitted out, with all the equipment that any fitness guru would need. In line with Alibaba’s tech focus there was a cool fitness simulator in one of the gym corners but this was down when we were visiting.

“For a hassle free experience as a foreigner, this wouldn’t be my first choice in Hangzhou. But as a gimmick, it is worth checking out, just once.”