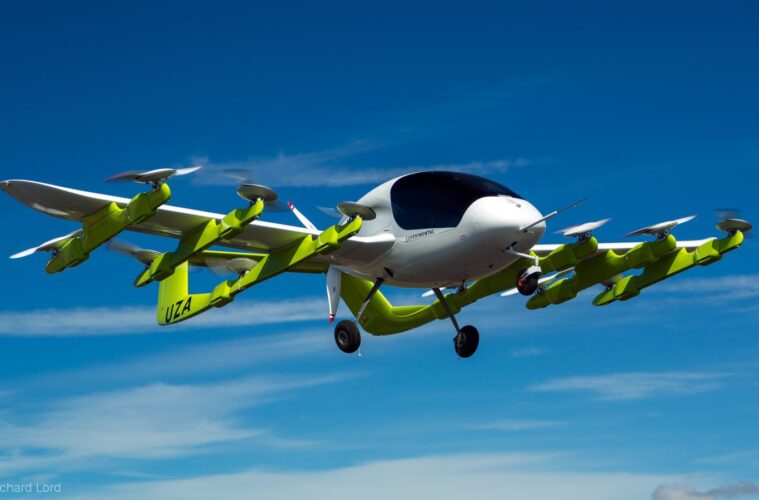 Would you trust a self-driving car? How about a self-flying plane? Google co-founder and Alphabet CEO Larry Page has made a huge leap forward in backing the development of Kitty Hawk autonomous flying taxis with the successful test flight of Cora, a 12-rotor plane-drone hybrid that can take off vertically like a helicopter.

Cora has been designed by Kitty Hawk aviation company, a Californian start-up Page invested in a couple of years ago. It is run by entrepreneur Sebastian Thrun who previously worked in Google X’s autonomous car lab, and the first “stealth” flight was conducted in partnership with local operator Zephyr Airworks in New Zealand.

Quiet and emissions-free, the electric-powered Cora has propellers to help it reach speeds of up to 110 miles an hour, and can make journeys of 62 miles in one go. With a wingspan of 11 metres, it reaches heights of 3,000ft, much lower than commercial jet planes.

According to The New York Times, the prime minister of New Zealand, Jacinda Ardern, was set to announce an agreement to test Kitty Hawk’s autonomous planes as part of an official certification process. “The hope is that it will lead to a commercial network of flying taxis in New Zealand in as soon as three years”.

The project has received a lot of support from the government, which this spring launched its Innovative Partnership programme to attract future-focused international innovators and firms to undertake R&D and develop their products in New Zealand.

“New Zealand has a long history of innovation and being at the front of change. Our future is still being imagined and we are determined to play an active role in shaping it for the better through new ideas, new innovations, and new ways of looking at the world.”

Eight years in the making, Kitty Hawk’s vision for the self-piloted airborne taxi is for it to offer a safe and convenient alternative to ground transport, with rides as easy to hail as Uber cars today. (The company is designing an app for just this purpose.)

“Cora is taking the first step towards a world where the freedom of flight belongs to everyone,” says the company. “Designing an air taxi for everyday life means bringing the airport to you. That’s why Cora can take off and land like a helicopter, eliminating the need for runways. Cora has the potential to transform spaces like rooftops and parking lots into places to take off right from your neighbourhood,” it says.

Kitty Hawk adds: “Cora was designed with the planet in mind from day one. It’s part of the electric revolution that’s leading us to a sustainable future. And with the power to rise above the road, Cora will help ease the pressure traffic places on all our lives.”

Kitty Hawk isn’t the only company working on autonomous flying taxis – there is Uber Elevate, which is also designing vertical takeoff and landing (VTOL) aircraft, Vahana from Airbus Helicopters, and China’s autonomous aerial vehicle the Ehang.