‘PopUp’ flying car from Airbus will transform your commute

Aircraft manufacturer Airbus has designed a prototype flying car called PopUp. Ben Brown investigates when we might see these sci-fi vehicles zooming through our cities

The cities of our future will look very different. Picture this. You pull out your smartphone and tap in your destination. The app automatically calculates the best route and the optimal mode of transport for your journey. Within minutes, a small, self-driving pod arrives to pick you up.

You hop into the pod, which interacts with you using clever artificial intelligence. Half way through your journey, the pod detects heavy traffic. And here’s where it gets interesting. The top half of the pod now disconnects from the bottom half.

The top module (with you inside) takes to the skies using a helicopter-like mechanism. The self-flying module then delivers you to your destination, simply flying over the traffic below.

This is the ground-breaking vision of Airbus and Italdesign. Introducing: PopUp. 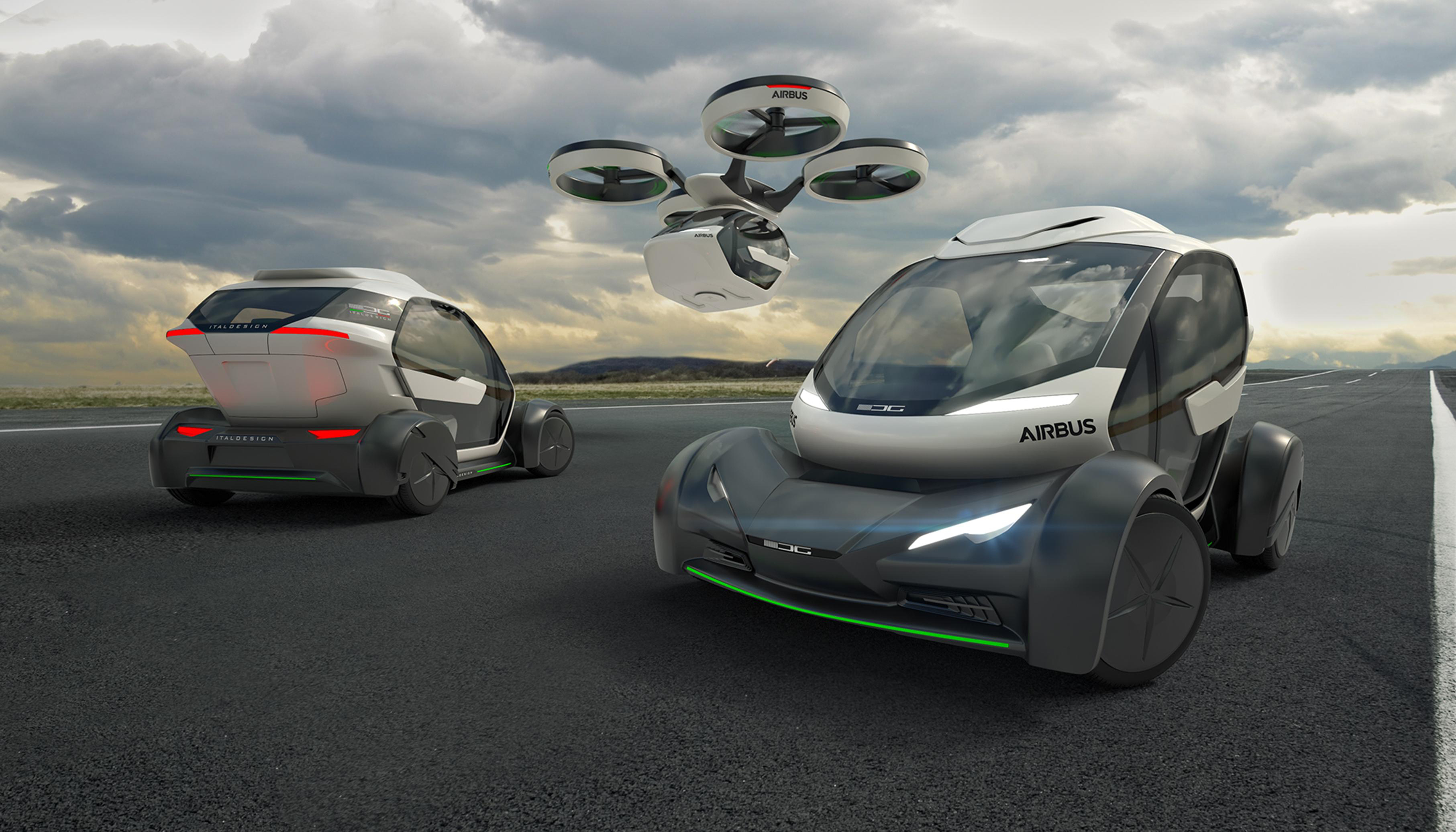 The concept, codenamed PopUp, was unveiled at the Geneva International Motorshow in March, and it’s yet another example in the growing field of VTOL (vertical take-off and landing) vehicles. That’s flying cars, to you and me.

The electric pod is made from monocoque carbon-fibre, and will fly using eight helicopter rotors. It also offers a solution to the growing air pollution problem; it’s emission-free. After the PopUp delivers you to your destination, it returns to a charging station to power up its batteries.

While it’s not the first VTOL, or flying car, to be unveiled, it is the first to combine seamless air and ground travel. “Adding the third dimension to seamless multi-modal transportation networks will without a doubt improve the way we live and how we get from A to B,” said Mathias Thomsen, general manager for Urban Air Mobility at Airbus.

Airbus’ design partner, Italdesign, is responsible for the beautiful styling. It comes as no surprise from the company behind some of the best pin-up sports cars on the planet. Italdesign’s CEO Jörg Astalosch said: “It is deeply rooted in our DNA to search for future state-of-the-art solutions.”

Of course, the PopUp is a long way from production. The Geneva Motor Show is always a playground for futuristic designs and concepts, few of which ever get made. The PopUp is, however, an exciting blue-print for the future. 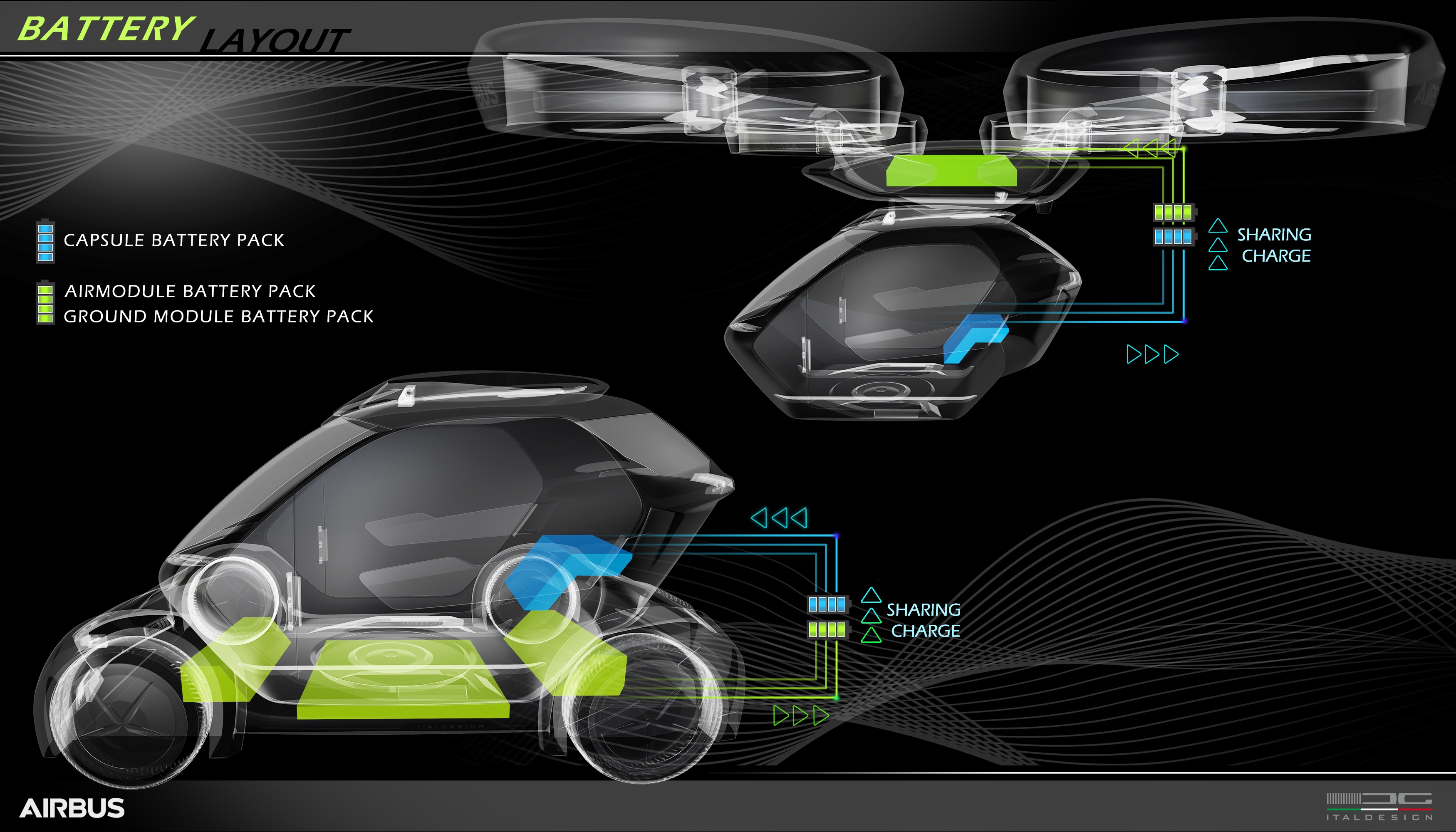 PopUp – a solution to megacity congestion?

PopUp answers one of the biggest questions facing our cities: how will we tackle the growing congestion problem?

Take London, for example. According to recent studies, London commuters spend an average of 101 hours stuck in traffic every year. It’s the most gridlocked city on record. In LA, travelers spend 81 hours per year in traffic jams. In Stuttgart and New York, it’s 73.

The problem has not gone unnoticed by the tech world, and companies are scrambling to find a solution. Airbus and Italdesign’s concept is just one of the many designs out there.

Are flying cars a realistic vision for the future?

Google boss, Larry Page, has poured millions of dollars into developing a flying car he calls Zee Aero. Uber has even hired a NASA engineer to build its VTOL commuter vehicle.

Meanwhile, Tesla’s CEO Elon Musk has other ideas. He’s already begun tunneling under the streets of LA. His solution to congestion is to build a complex network of underground “hyperloops” and shuttles.

Musk points out that his solution makes more sense than Airbus’s flying car: “If somebody doesn’t maintain their flying car, it could drop a hubcap and guillotine you… Obviously, I like flying things, but it’s difficult to imagine the flying car becoming a scalable solution,” he told Bloomberg.

Whatever the solution, our daily commute is going three dimensional. We will soon veer off the roads into the air or underground. If you ask me, the future can’t come soon enough.