Ben Brown reports on the arrival of the world’s first voice-activated hotel rooms, which are being trialled in the US cities of Boston and Santa Clara.

In two pioneering Aloft hotels, guests can now turn off the lights with a simple “Goodnight”. They can adjust the room temperature and play their favourite music by asking out loud. Turning the lights back on again is simple, just say “Good morning”. Welcome to the world of voice-activated hotel rooms…

The technology uses an iPad with Apple’s built-in voice-recognition virtual assistant, Siri, to respond to guest commands. The initiative is the latest in a long line of high-tech developments from the Aloft brand (part of the Starwood group) that includes a robot butler called Botlr, keyless smartphone room entry and emoji-text room service. 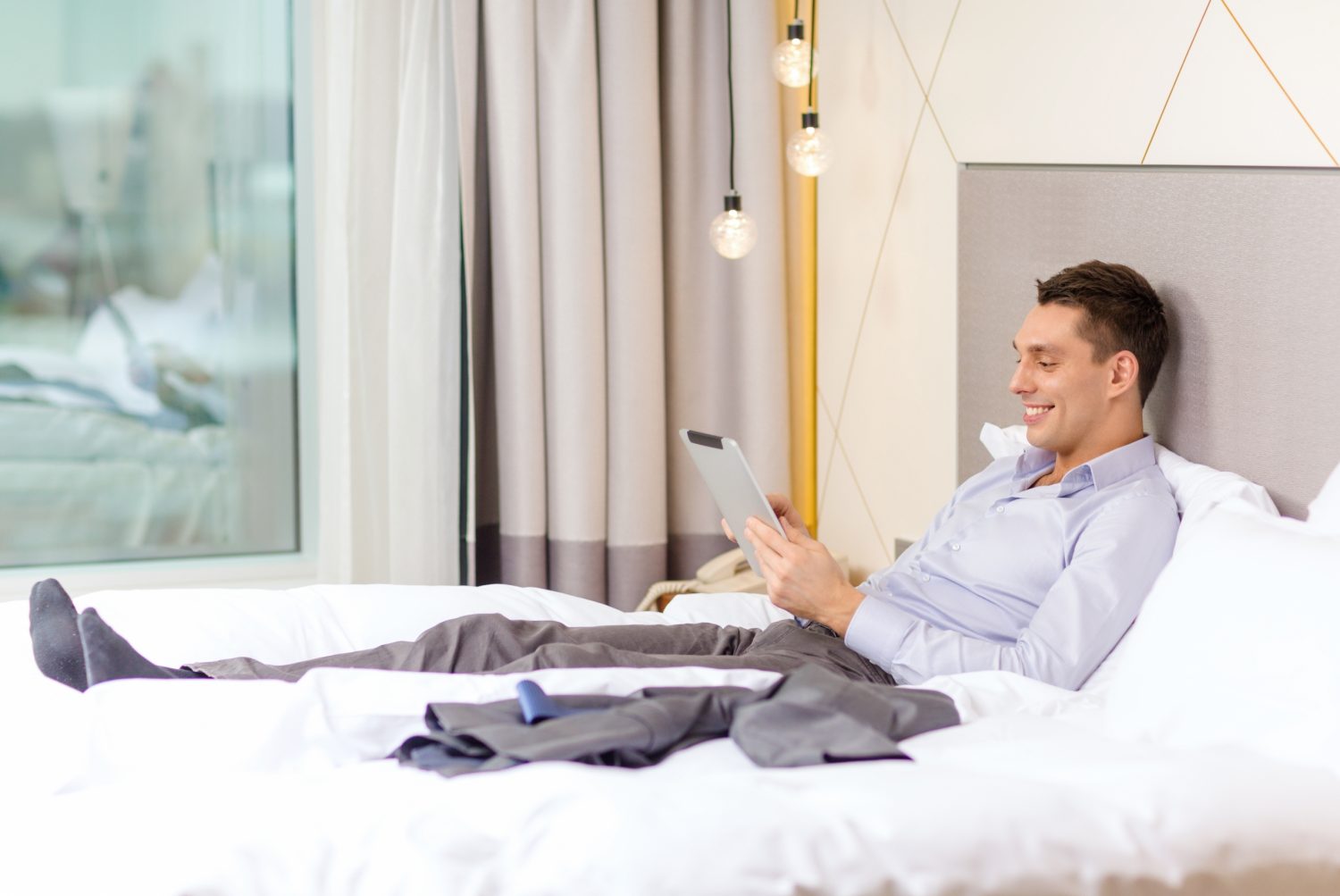 “We love to be on the cutting edge of everything,” Aloft’s global brand manager, Eric Marlo told Bloomberg. “We truly operate like a startup, throwing a lot of ideas at the wall to see what sticks.”

While their “emoji room service” is unlikely to stick, voice activation looks set to become a global standard across hotels in the next decade.

Clarion Hotels in Amsterdam ran a similar trial in August using Amazon’s voice assistant, Alexa. It’s currently only available in one room, allowing guests to book a taxi, set a wake-up alarm and play music all with voice commands.

Aloft’s Project Jetson also invites guests to discover local attractions or find directions to a business meeting. “Hey Siri, where’s the nearest sushi bar?” or “Hey Siri, how do I get to the subway?” 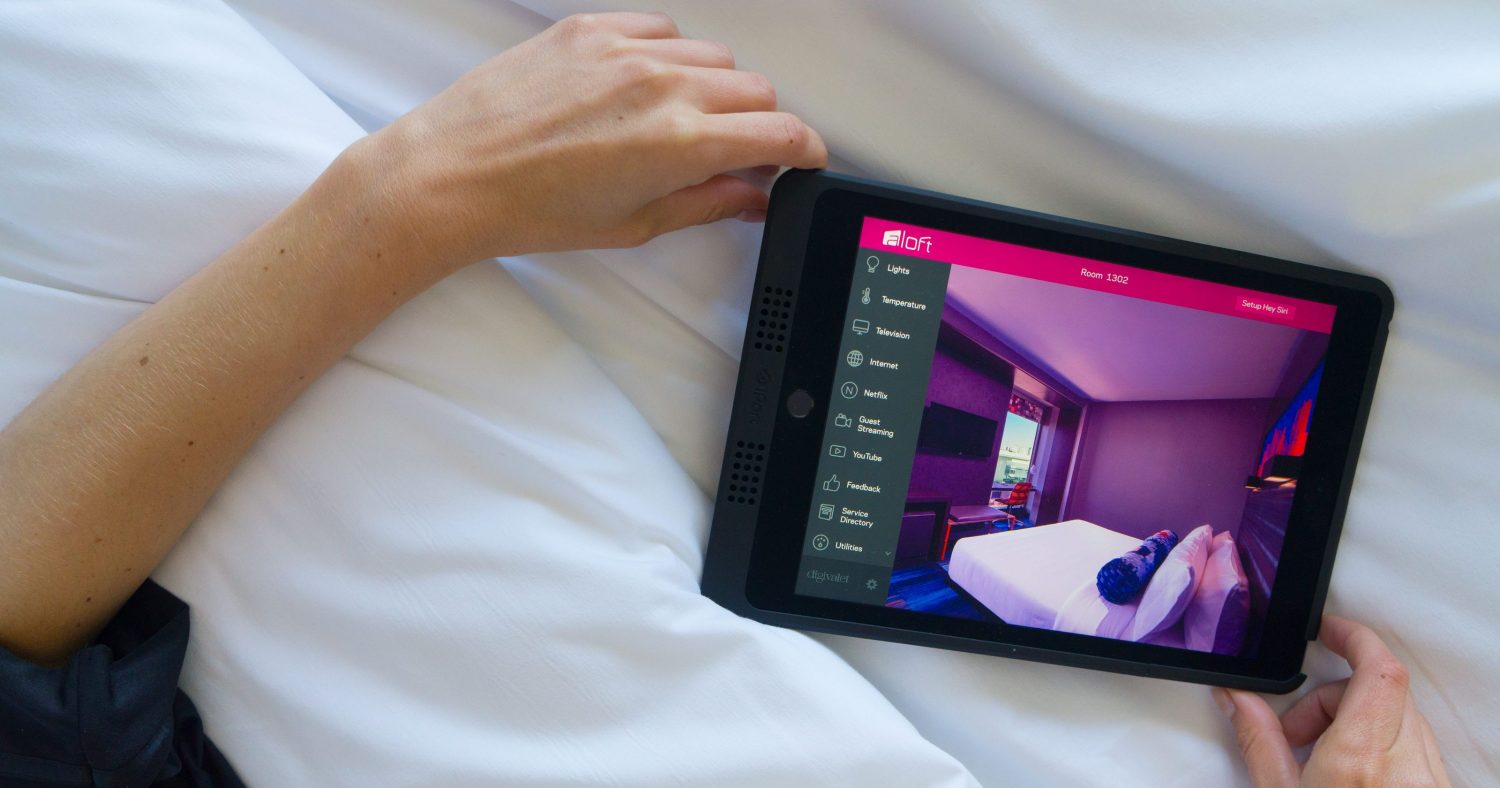 Aloft’s Project Jetson is still in its infancy, but Aloft is already developing the next iterations of the voice-activated hotel. “We literally launched these [Siri-powered] rooms on Wednesday and we’re already thinking about generations two and three,” Marlo said.

Version two will include “triggers” that react to your personal preferences and remembers your routine and habits. For example, Siri may automatically dim the lights at 6pm and put on a relaxing playlist. It may wake you at 7am by automatically increasing the light and playing soft music. Guests will also be able to connect through their own iPhone or iPad rather than using the hotel’s shared devices.

The third iteration will allow guests to set up multiple preferences to differentiate between business trips and family holidays, and ultimately trigger their preferences as soon as they unlock the hotel door; with their smartphone room key, of course.

Eventually, Aloft plans to create a fully immersive and intuitive hotel experience. It’s also working on a bathroom pressure pad that automatically adjusts the lighting as you walk in. No more fumbling around for the light switch in the middle of the night. A touchscreen mirror that displays guests’ emails and stock tickers is already piloting at an Element hotel (Aloft’s sister brand) in New Jersey.

The technology is all part of a growing trend known as “the Internet of Things”. It’s the seamless integration and personalisation of all appliances and gadgets in the home, office or indeed hotel room. Wiring them with wifi makes them “smart”. As our homes become more digitized and connected, so we will expect the same from our hotel rooms. 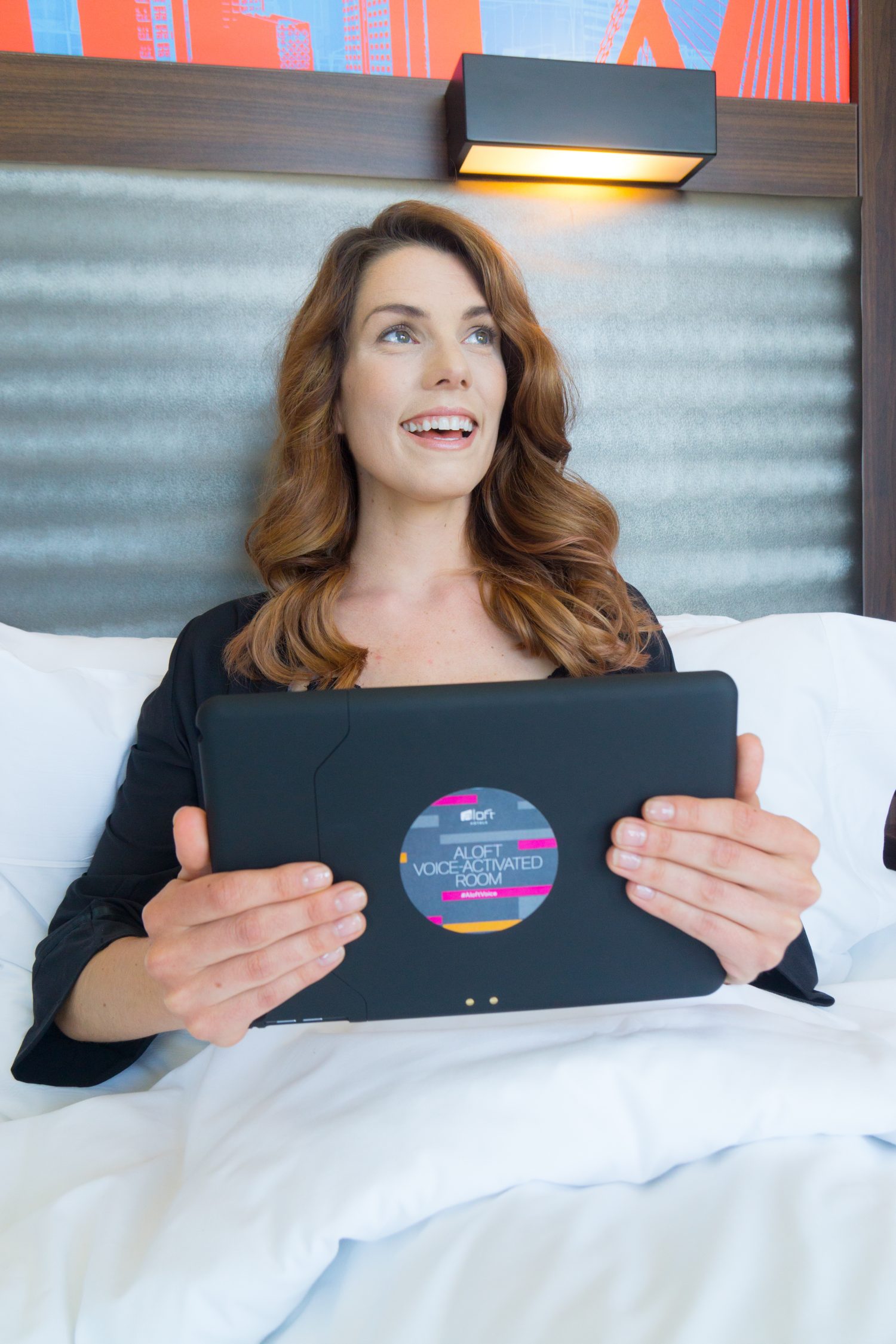 Of course, Project Jetson still has a number of hurdles to overcome, not least the cost of supplying iPads to every room in its catalogue. Aloft must also address the security concern of passing data and information to a shared iPad and network.

Aloft says that any information is wiped and reset at the end of each guest’s stay, which should allay any immediate worries. But can that be relied upon?

It must also contend with the enormous wifi capacity and bandwidth required to execute Project Jetson seamlessly and on a large scale. It will require an injection of cash to upgrade their hotels across the country.

Voice-activated hotel rooms are a promising development and one with true scalability. Far from a simple gimmick, Globetrender hopes this will become a staple feature in hotel rooms of the (near) future, so there is no more fumbling for the light switch in the middle of the night.