Space Suite to be unveiled at Zurich’s Kameha Grand hotel 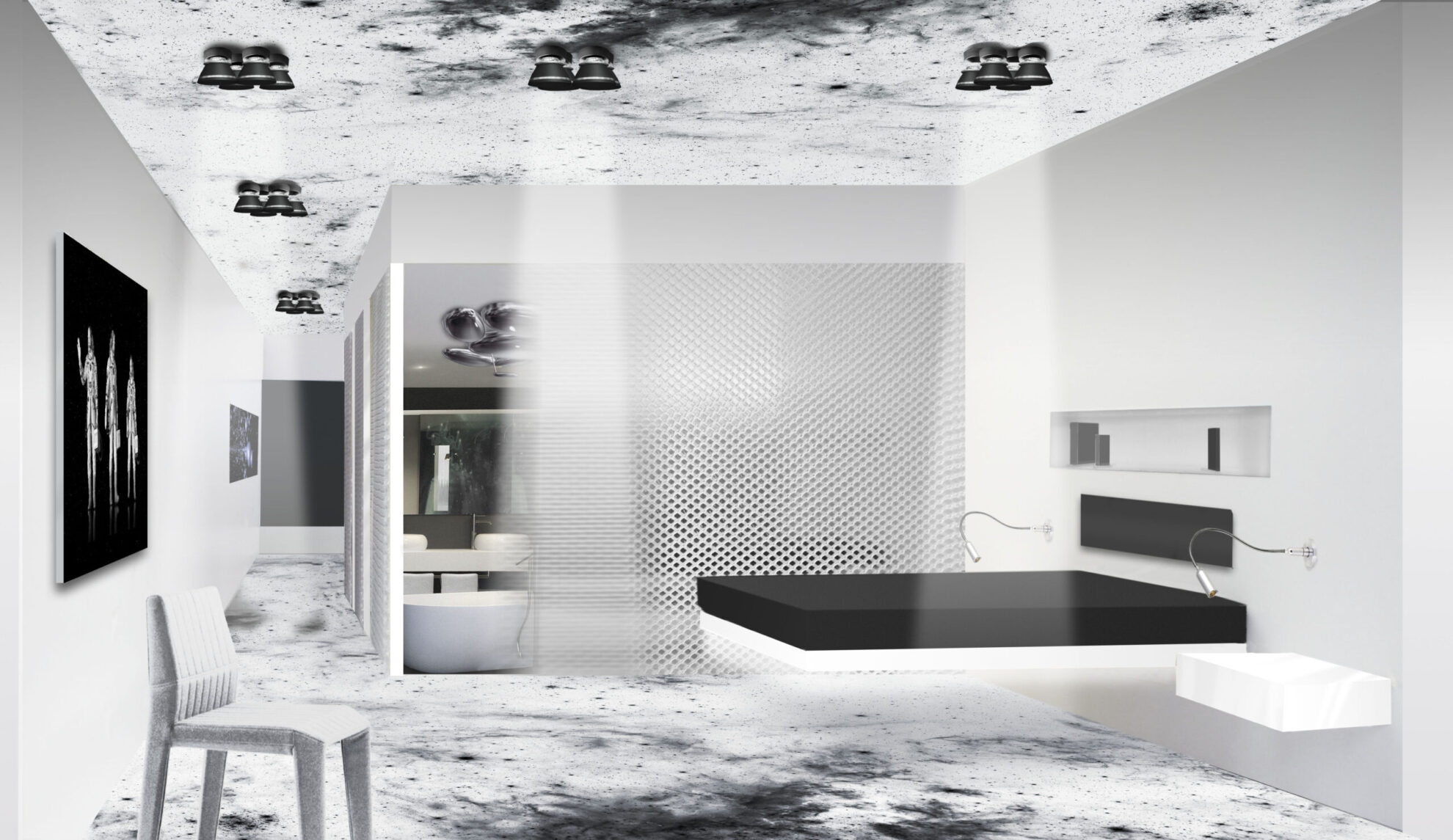 Designed by German artist and cosmonaut-in-training Michael Najjar, the cutting-edge Space Suite will be open for stays from October 1.

The concept aims to “immerse guests or ‘crew members’ in the atmosphere of a Space Station”.

Situated on the fifth floor of the hotel, the luxurious black and white room will feature a “zero gravity bed” that is made to look as if it is floating, and a steam bath with views of Earth and Space. 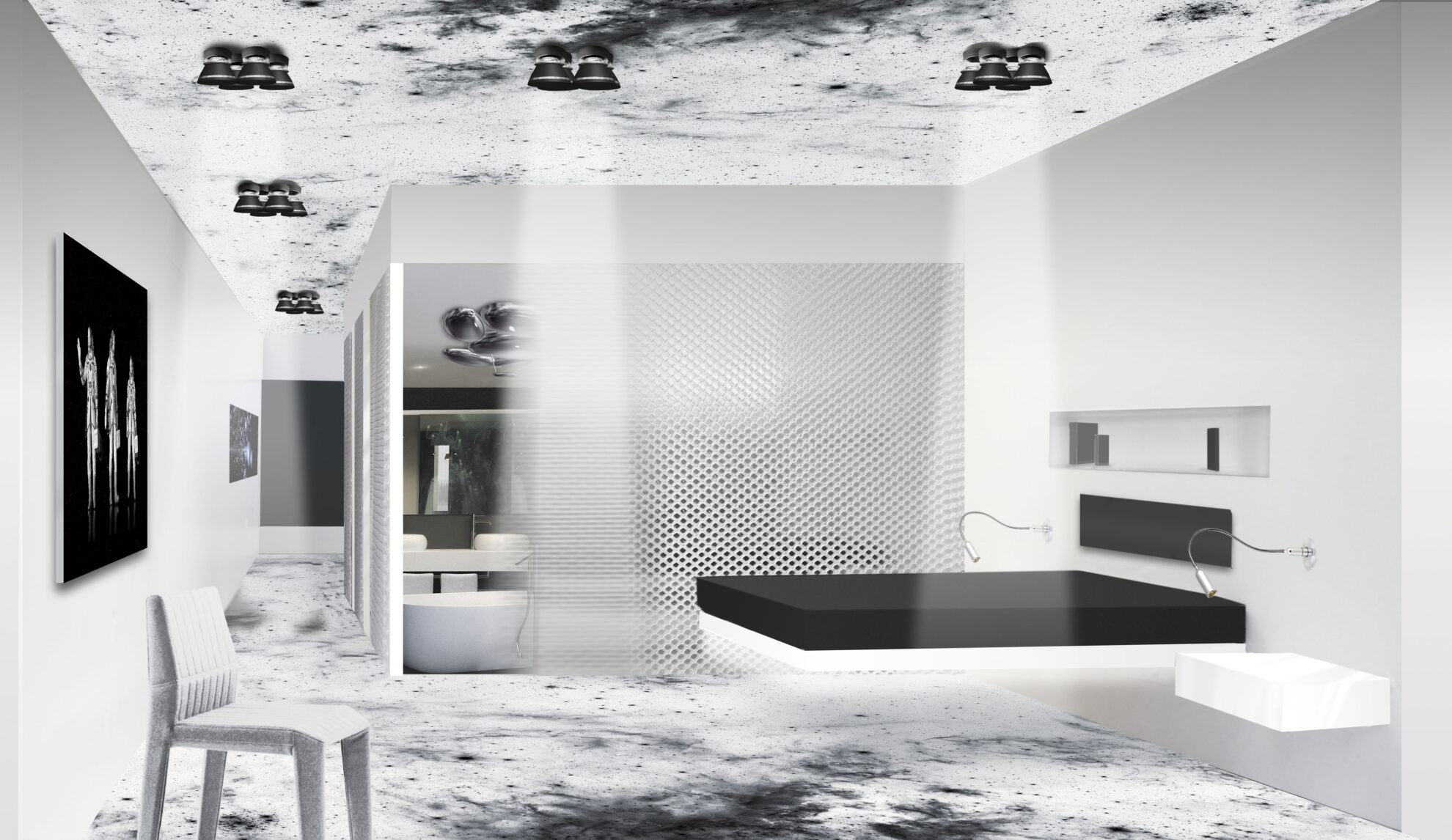 An automated female voice in eight variations will welcome you on arrival (inspired by John Carpenter’s Dark Star film), while spotlights are inspired by rocket engines and “space gloves” are there to place key cards or phones on.

There will also be a Space themed library, use of an iPod for music and Apple TV loaded with information about the Universe.

The 115 sqm suite is made up of a separate living and sleeping areas, a bathroom with a rainshower and a kitchenette. 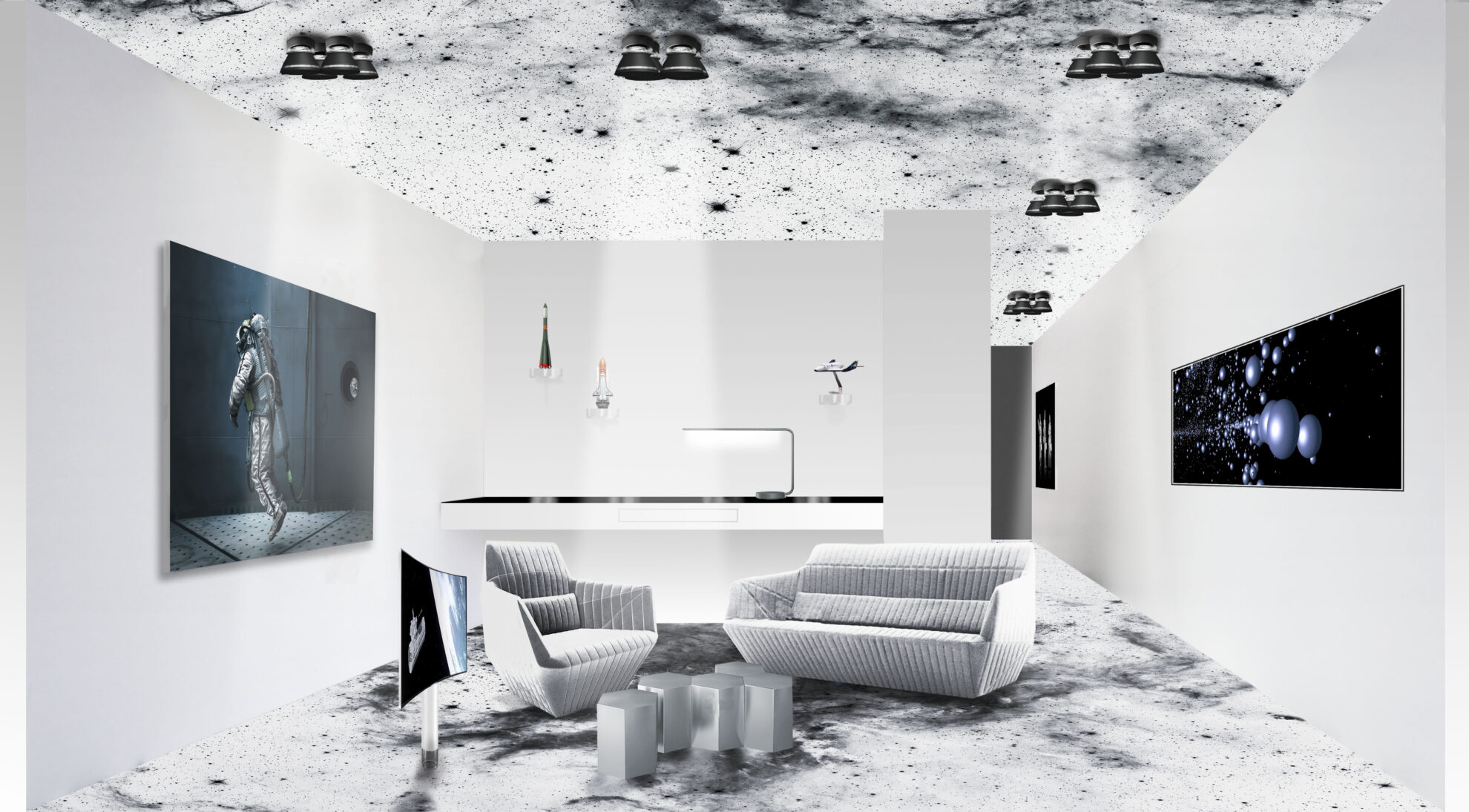 No ordinary designer, Najjar is taking his love of Space far beyond the confines of the suite, having undergone intensive extra-planetary training in Russia in preparation for being one of Richard Branson’s Virgin Galactic pioneer astronauts. (Tickets cost US$250,000.)

The hotel is offering a two-night “Galaxy getaway” package from £1,282 per night. including B&B accommodation in the Space Suite, “space amenities” on arrival, 1.5 hours bodyflying or a one-hour flight simulation in an a A320, a personalised Future in Space book by Michael Najjar, and opportunity to visit Najjar’s Berlin studio to meet him in person.

The Kameha Grand Zurich hotel is the first in Switzerland from Marriott International’s Autograph Collection. It opened in March with 224 rooms including 11 other themed suites.