This month, Marriott International welcomed the new Roomers hotel in Munich to its Autograph Collection of independent hotels. The design-led property has a blood-red speakeasy, a cinema spa and the coolest minibars we have ever seen. Ellie Day reports

Located in the city’s vibrant Westend, the Roomers Munich was designed by the Gekko Group – the creative minds behind the likes of Provocateur Berlin and the Pure in Frankfurt. Interiors supposedly “reflect the urban zeitgeist”, combining natural materials such as wood, leather and marble with polished copper and abstract artwork.

Each of the 281 bedrooms features a Bang & Olufsen sound system, a Nespresso machine, iPad hubs, an Apple TV and an Android Miracast, which allows guests to wirelessly stream content from their phones, tablets or laptops to the television. An emphasis on high design sees mirrored bathrooms, marble tables, gold minibars and free-standing tubs taking centre stage. 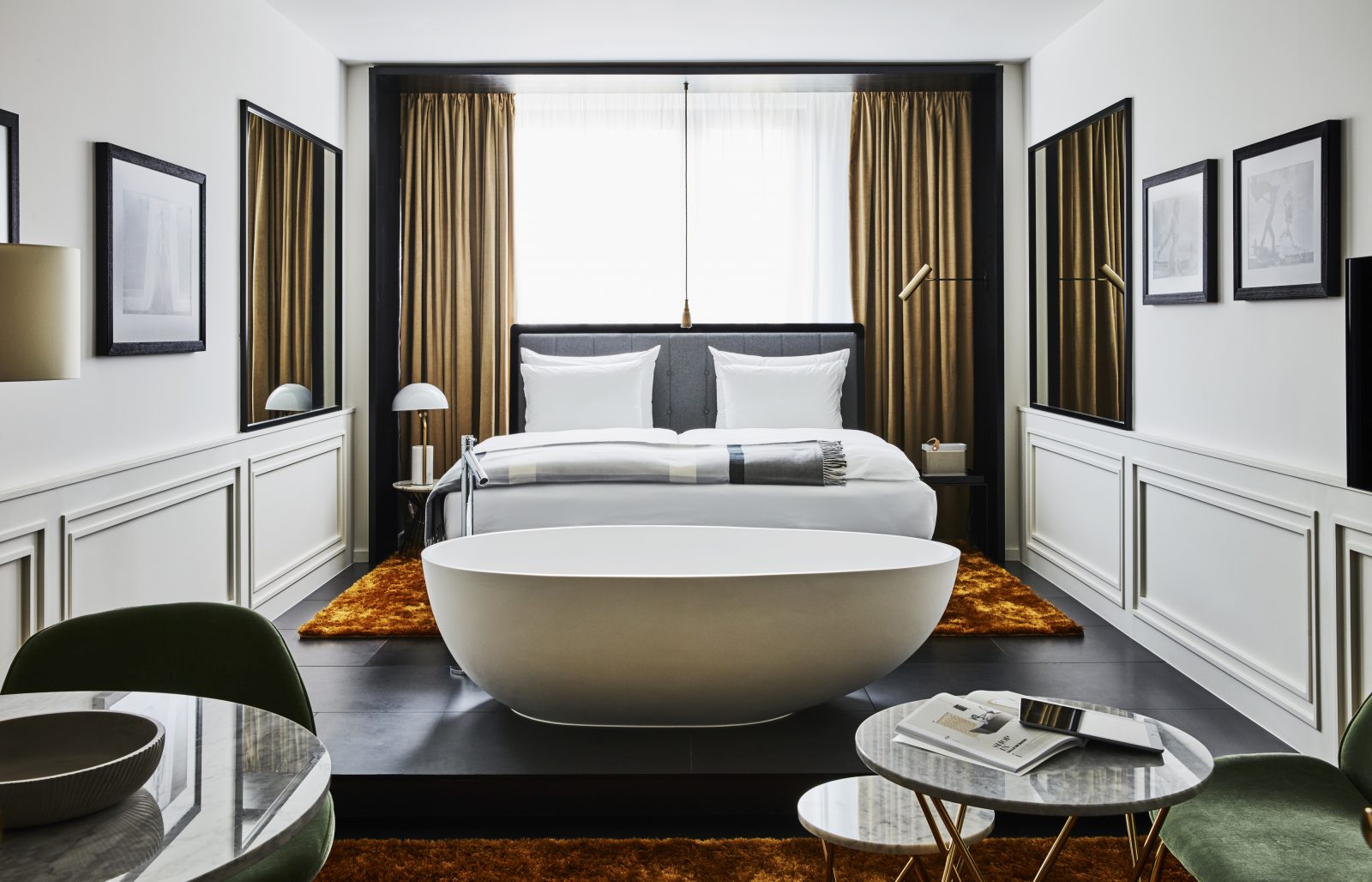 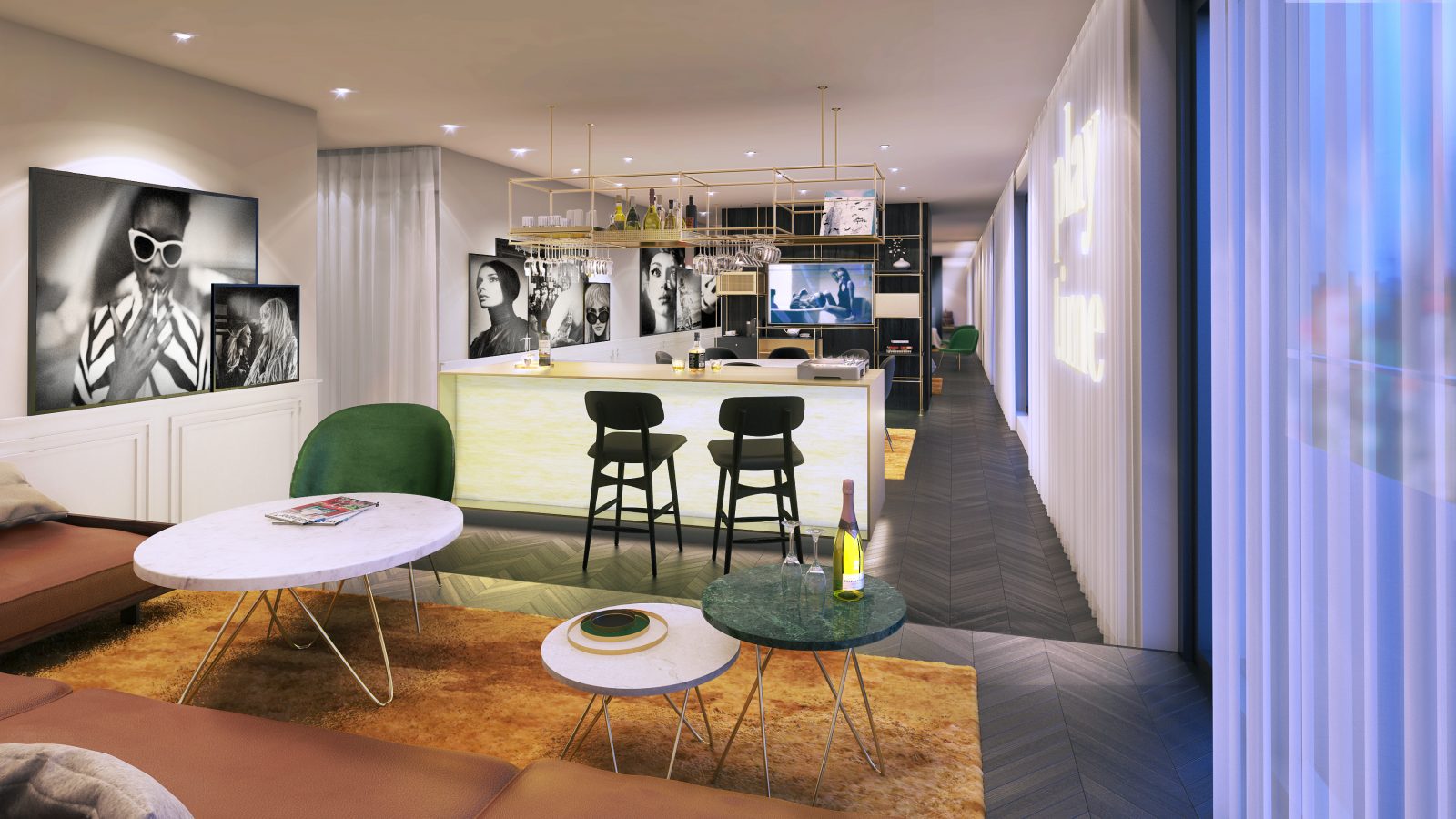 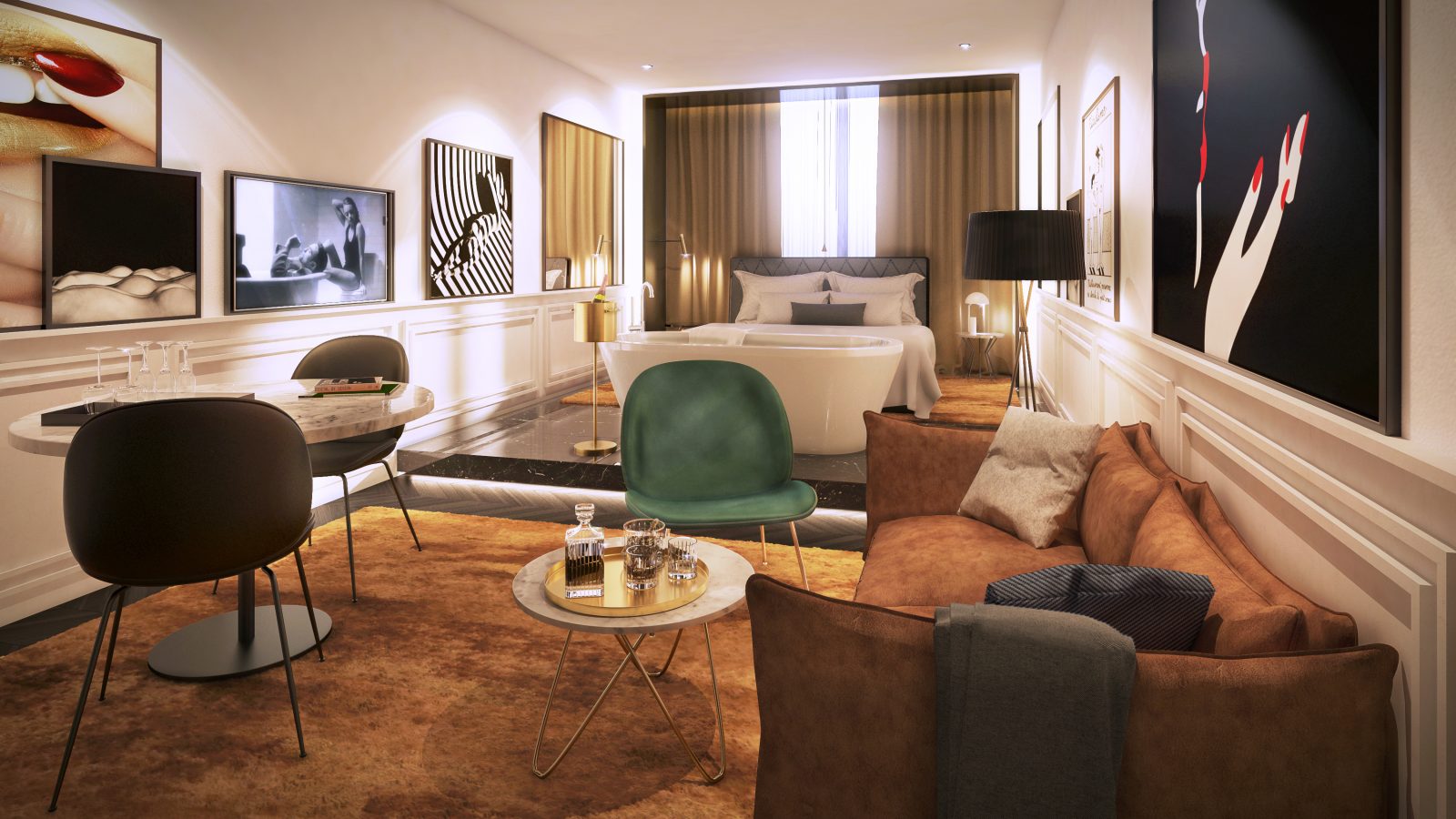 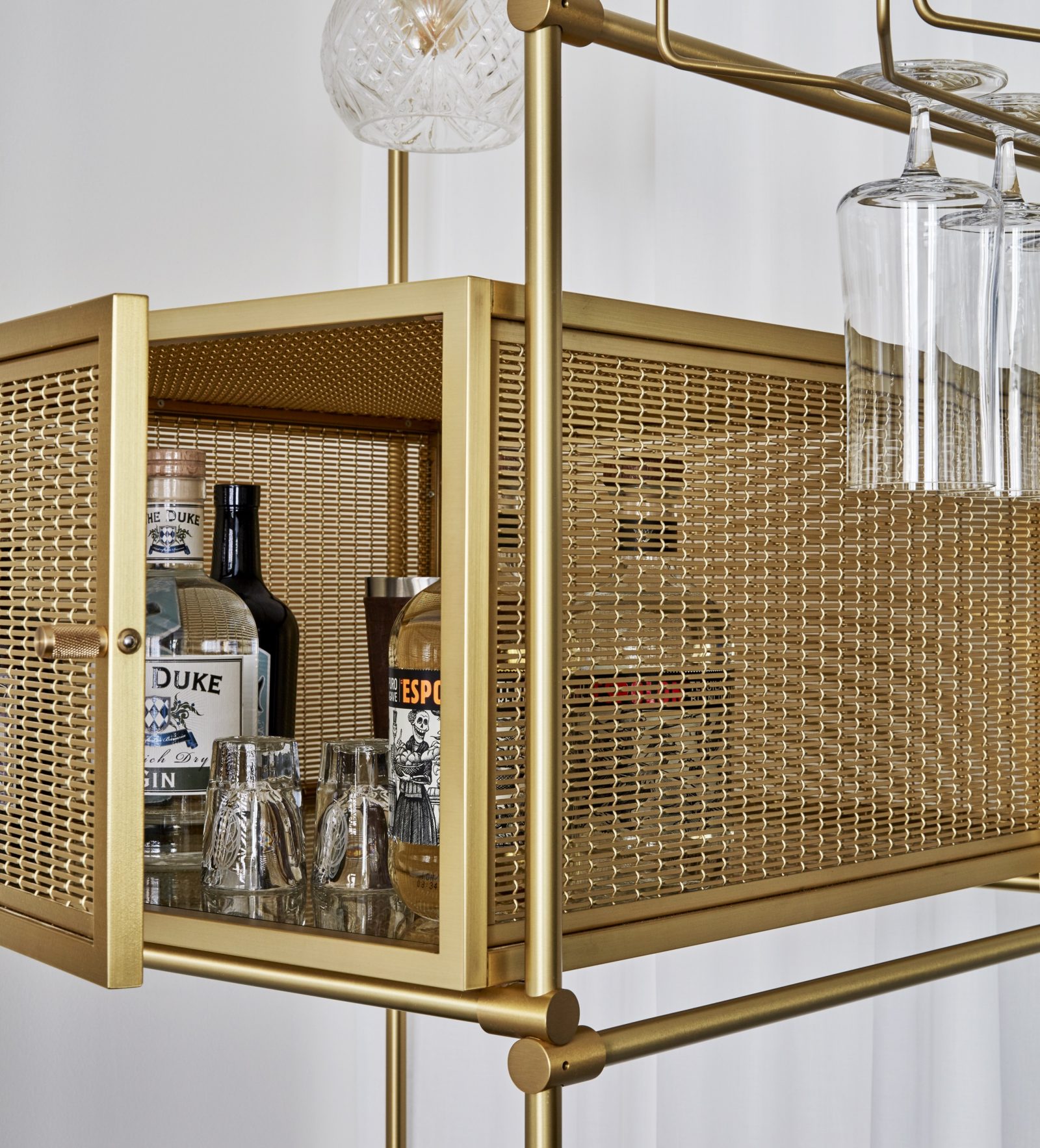 The Izakaya Asian Kitchen and Bar looks to put a modern spin on the traditional Japanese izakaya – restaurants popular with after-work professionals who come to drink and share small plates, often in their own private booths. It is the fourth in a small chain from Amsterdam’s the Entourage Group, which also has Izakayas in Hamburg and Ibiza. 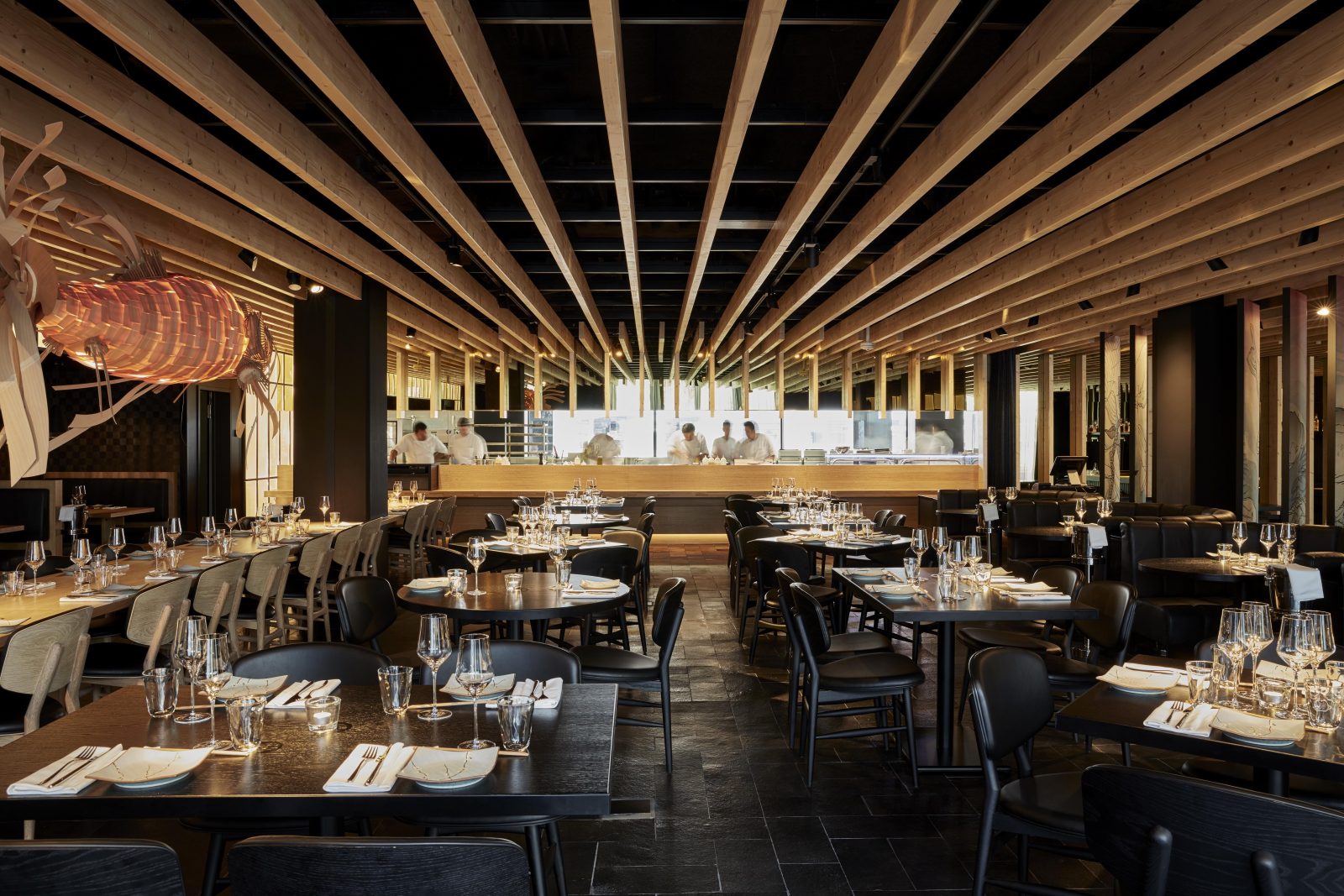 Here, guests can sit at a large communal table or in small clusters, and order from a Japanese-South American fusion menu. Plates range from temari sushi, corn tempura and kobujime (cured fish), to slow-cooked short ribs, jumbo Jurassic prawns and dishes from the Robata grill. Floating above the table is an origami-style fish mobile made of natural beech wood. 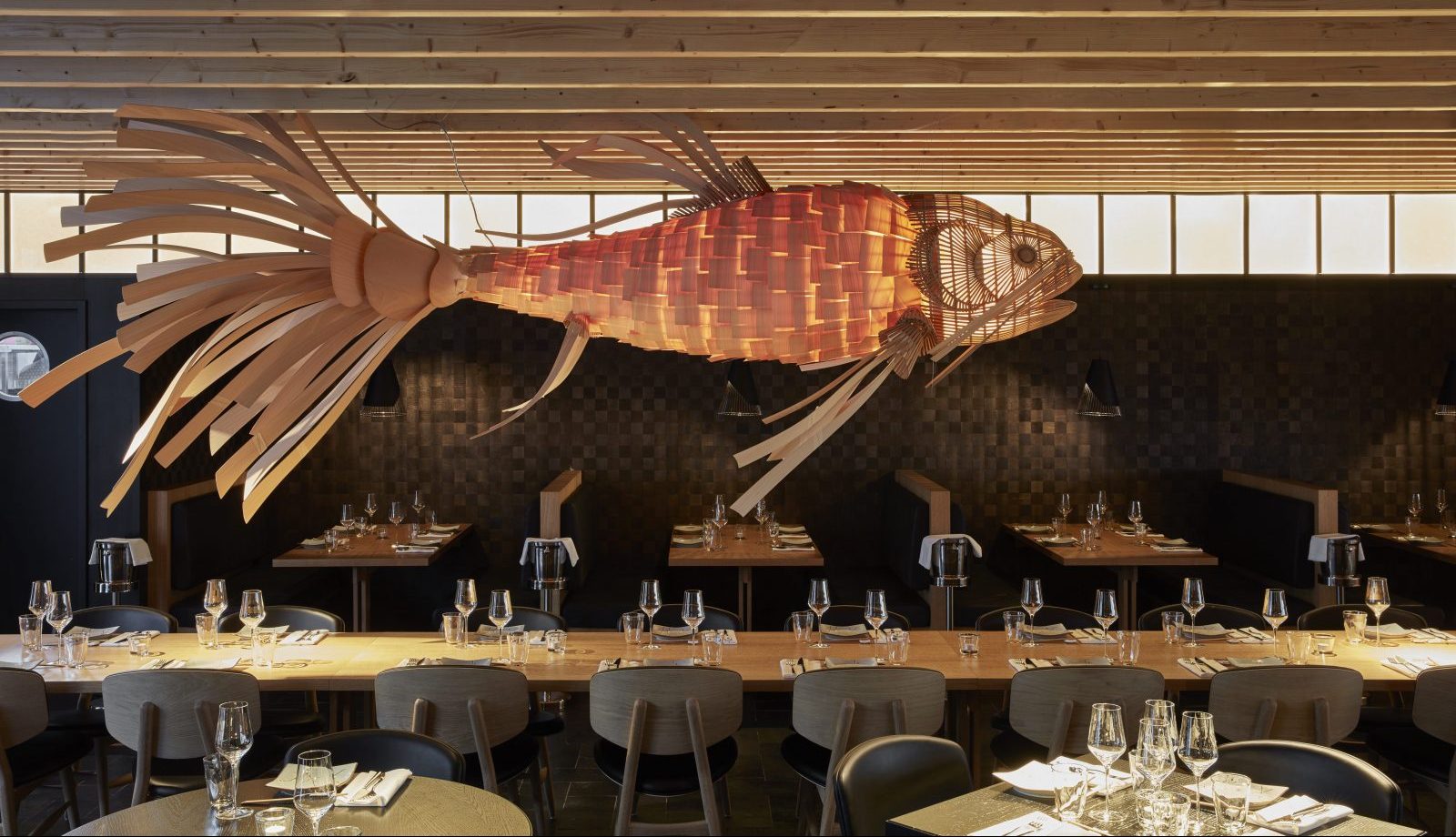 Fancy a Tom K cocktail made with sake, lemongrass syrup, kaffir lime leaves, coconut honey and spicy milk? The hotel’s main bar, Roomers, offers a menu based on fortified wines, rare sake and sherry, as well as libations employing Asian-inspired ingredients such as shiso cress, pandan leaves and kumquats. It also specialises in house-infused tonics made with Japanese shochu (a spirit typically distilled from rice). 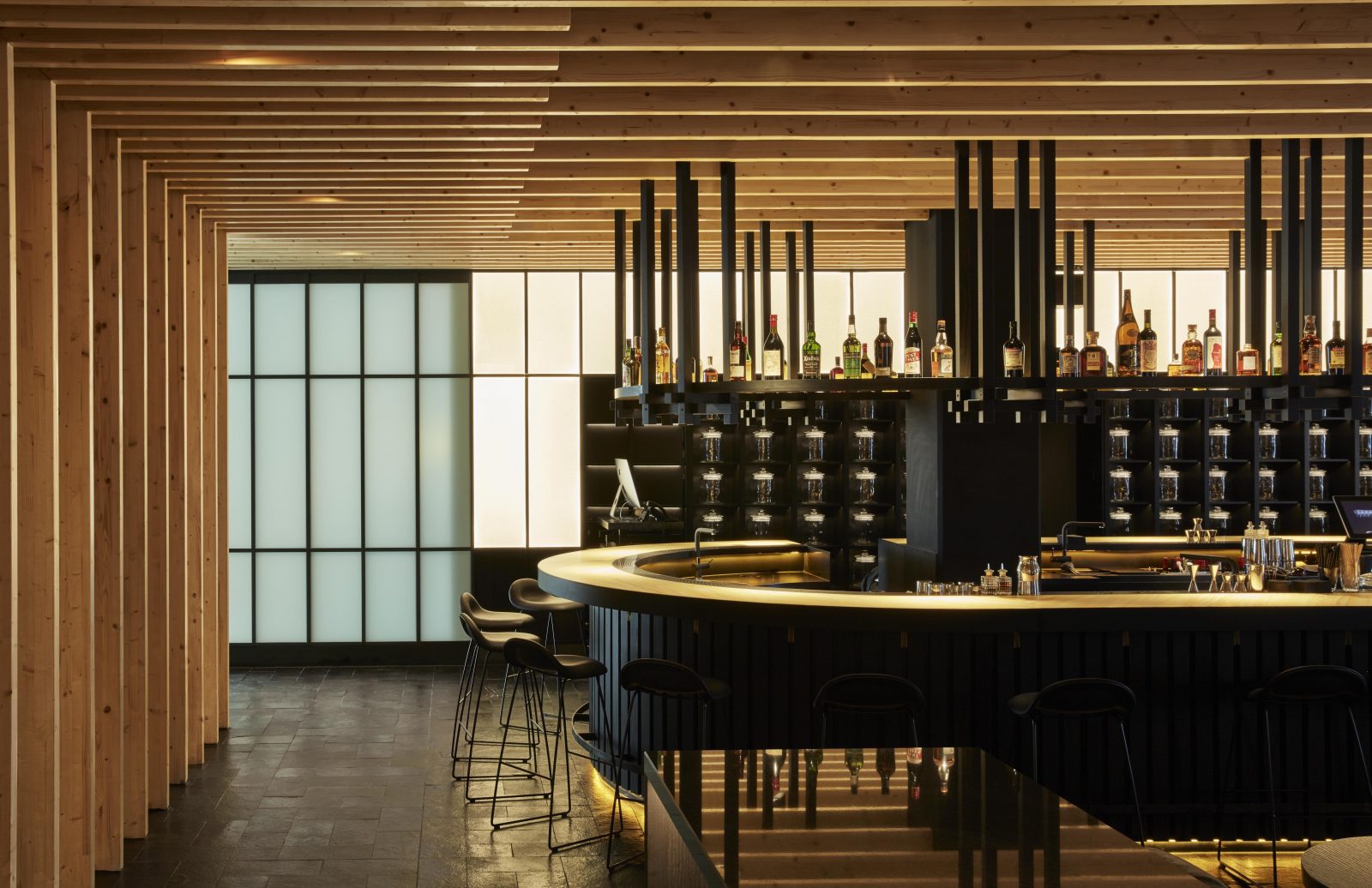 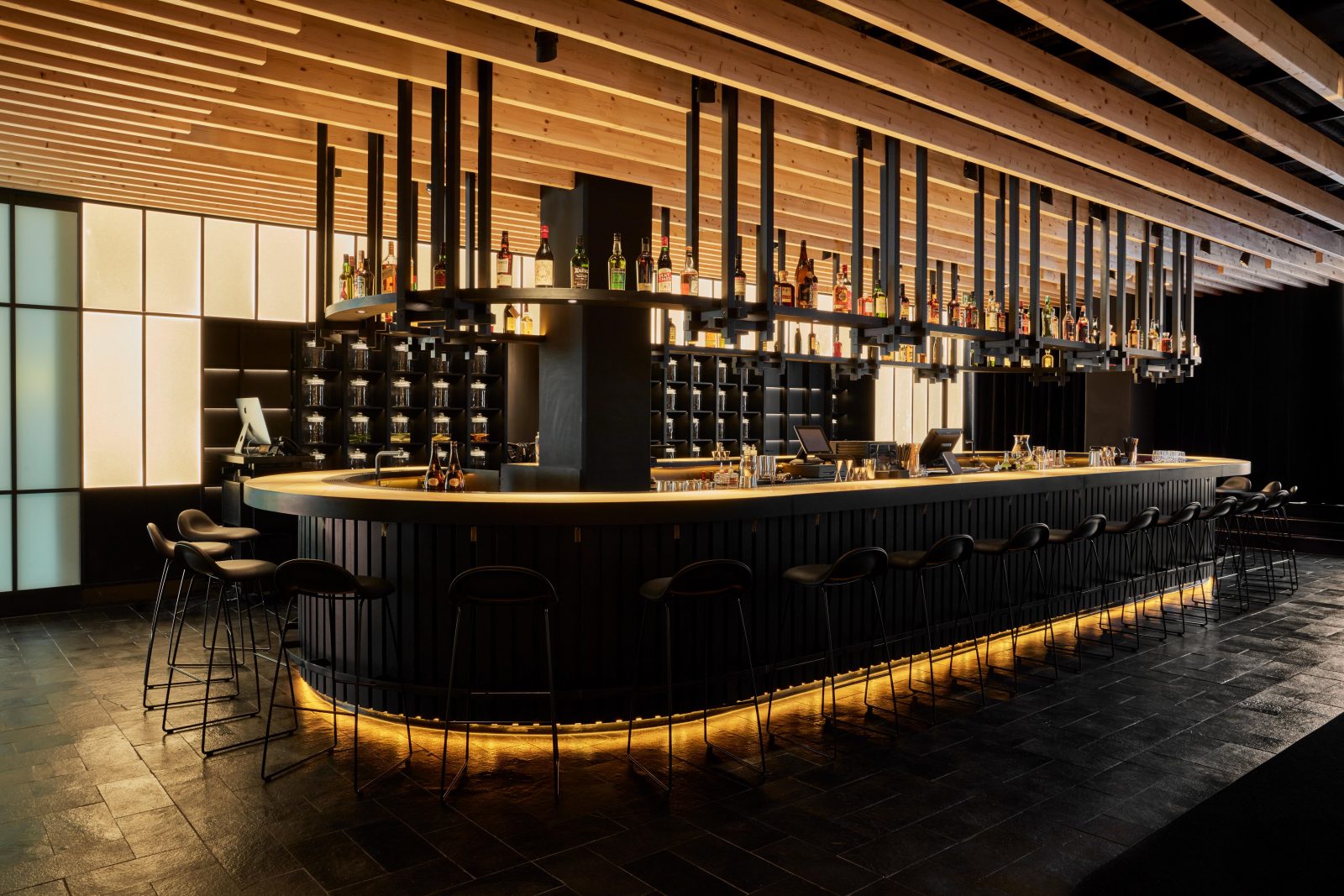 An additional drinking den – the stunning, blood-red Hidden Room – is a 1960s-inspired space, seating 40 people. Above, is a “fully programmable illuminated cassette ceiling”. Globetrender thinks it looks like a set from Stanley Kubrick film The Shining. 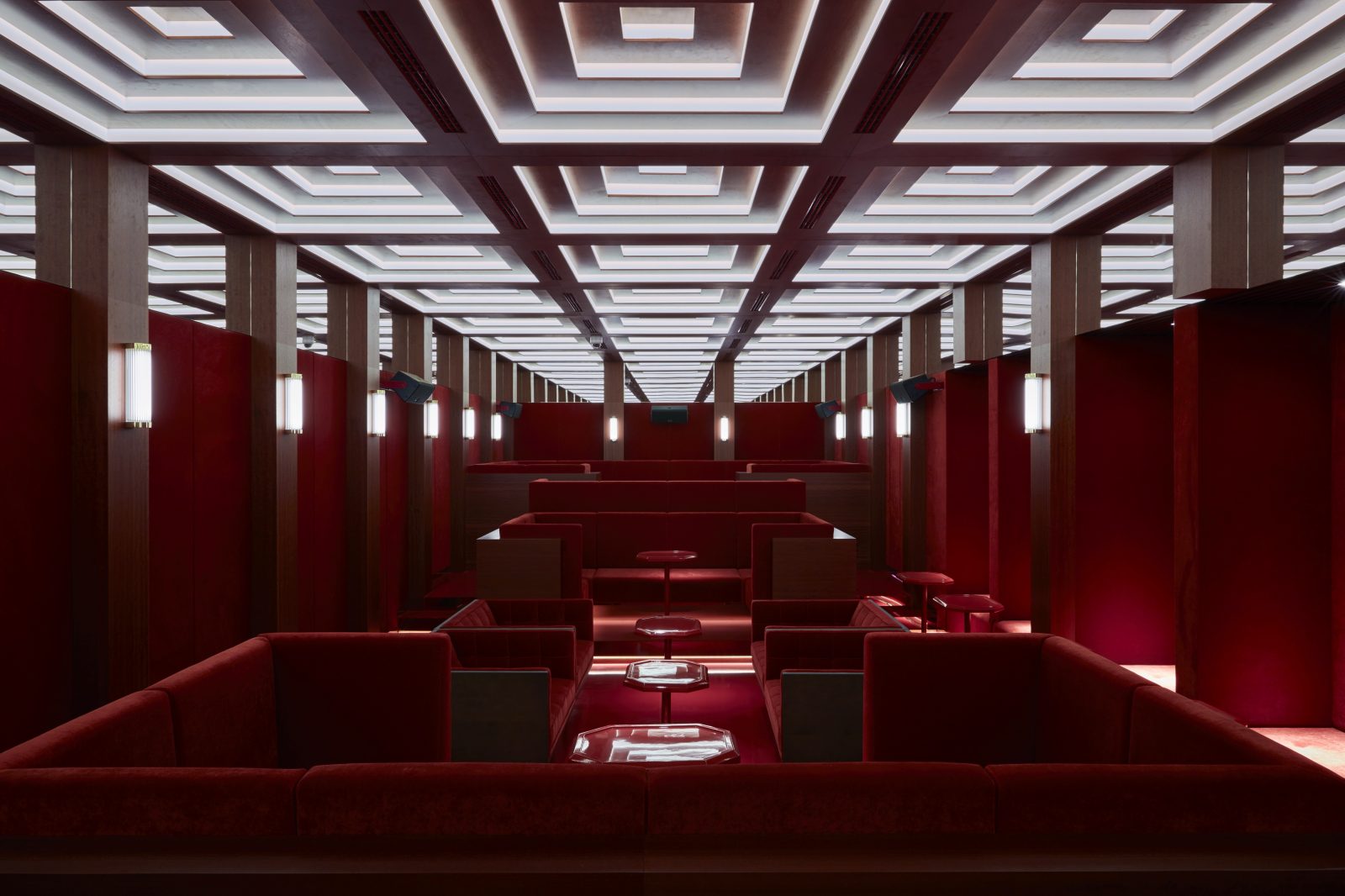 Event space at the Roomers Munich is also pretty cool – the 36 sqm Crazy Library, for example, has shelves of fashion and art magazines on display and funky, free-hanging lighting. 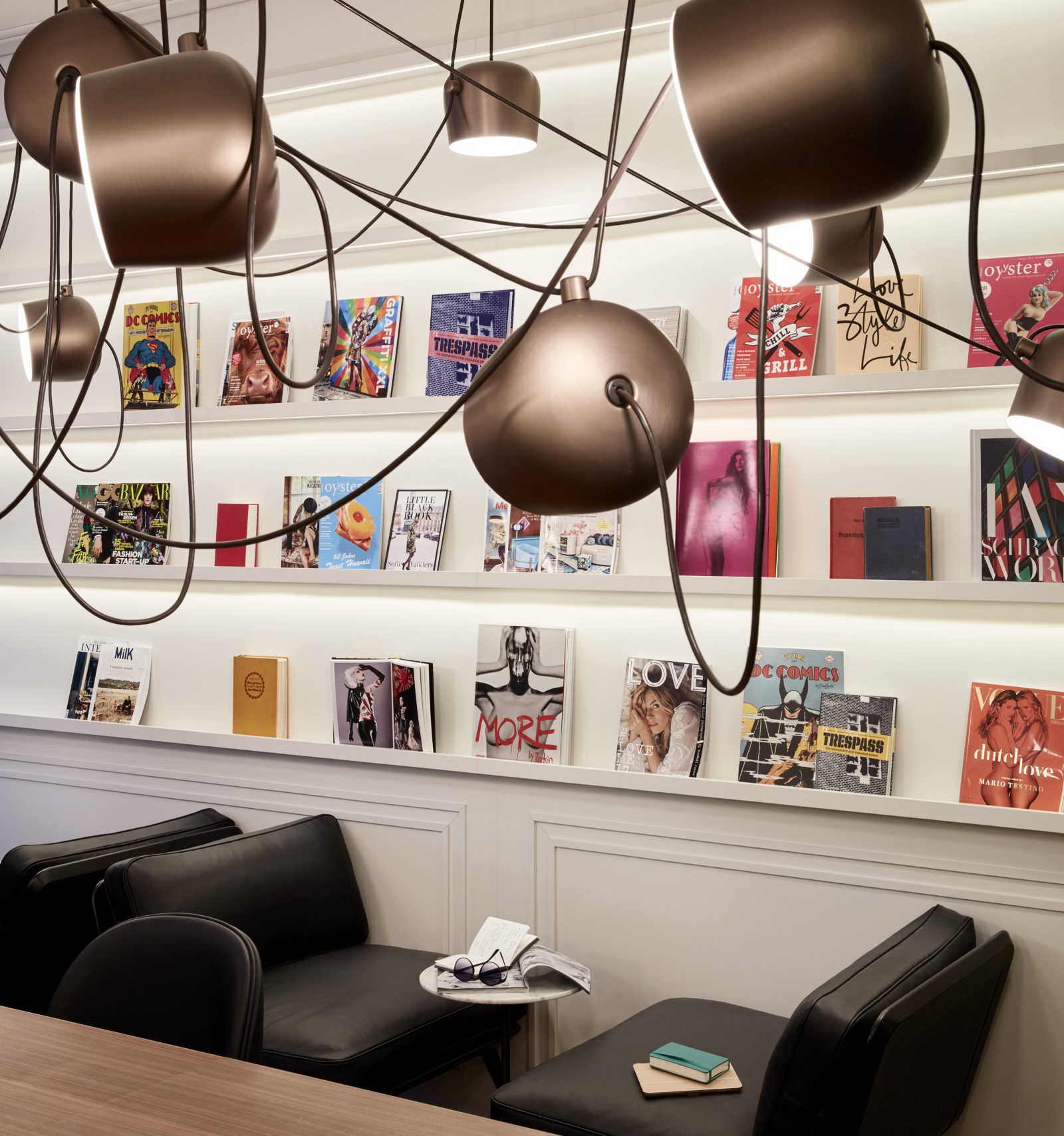 As well as five treatment rooms for massages, HydraFacials and blowouts, the hotel has a sultry spa with an infinity whirlpool bath facing a cinema screen, where guests can watch classic films while being served snacks and cocktails. Globetrender has never seen this before – so top points for innovation. You can also book a personal trainer if you want to workout in the gym. 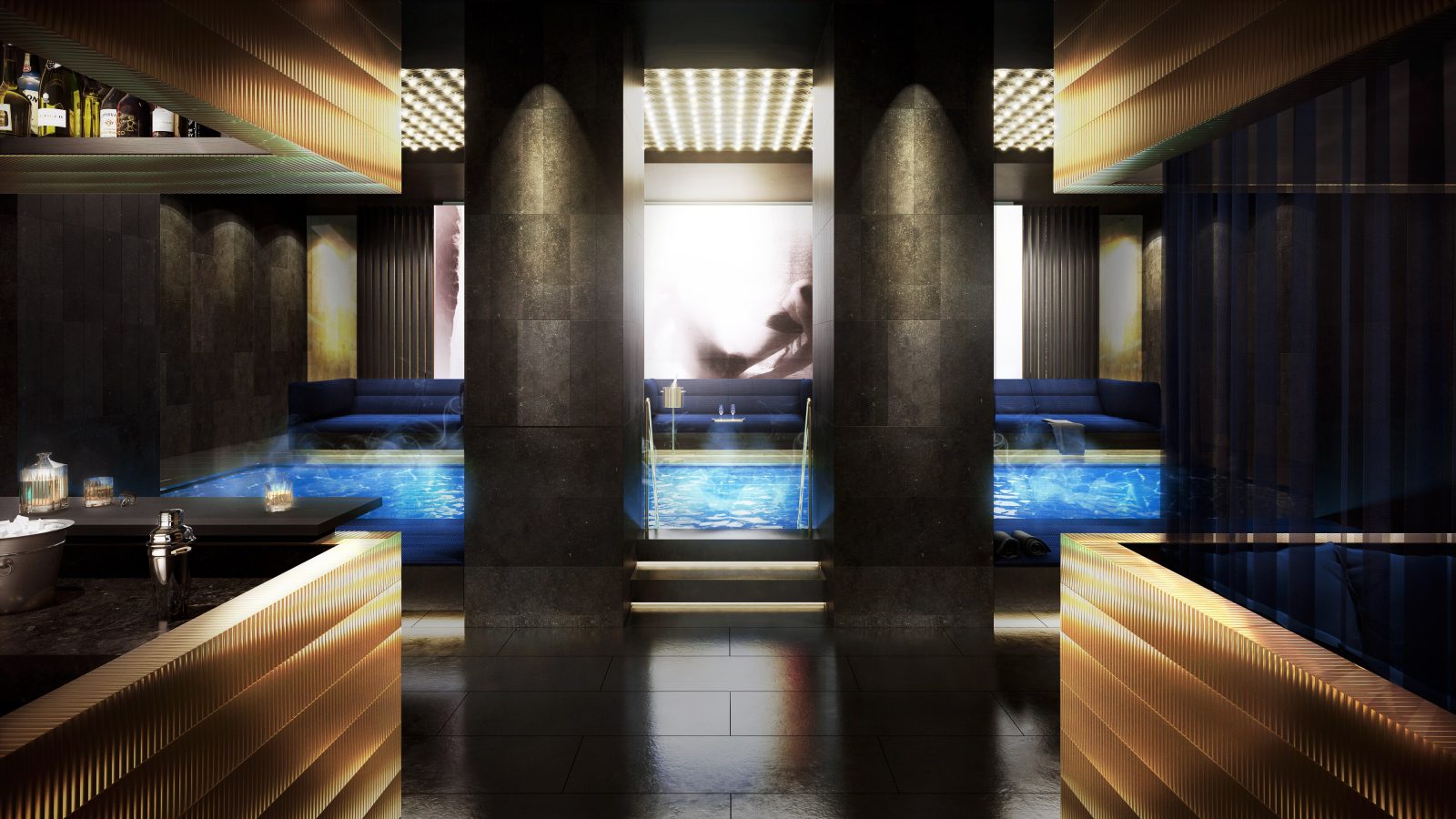 If you like the sound of this, you can also find trendy Roomers hotels in Frankfurt and Baden Baden, in south-west Germany. According to the website, each Roomers hotel is unique. “It has its own look. Its own scene. Its own impeccable approach to service. More than that, each Roomers is uniquely suited to its city. It reflects the life there. And the people. It captures their tastes and satisfies their desires. It answers the wishes that they have not yet wished. And yet, there are elements that tie all our hotels together. Roomers hotels are electric, hedonistic, sexy, sensual, luxurious and glamorous.”