Five cool hotels from around the world

The first in our series on cool hotels, we bring you a round-up of five trend-setting properties that have caught our attention, from Hollywood to Israel. 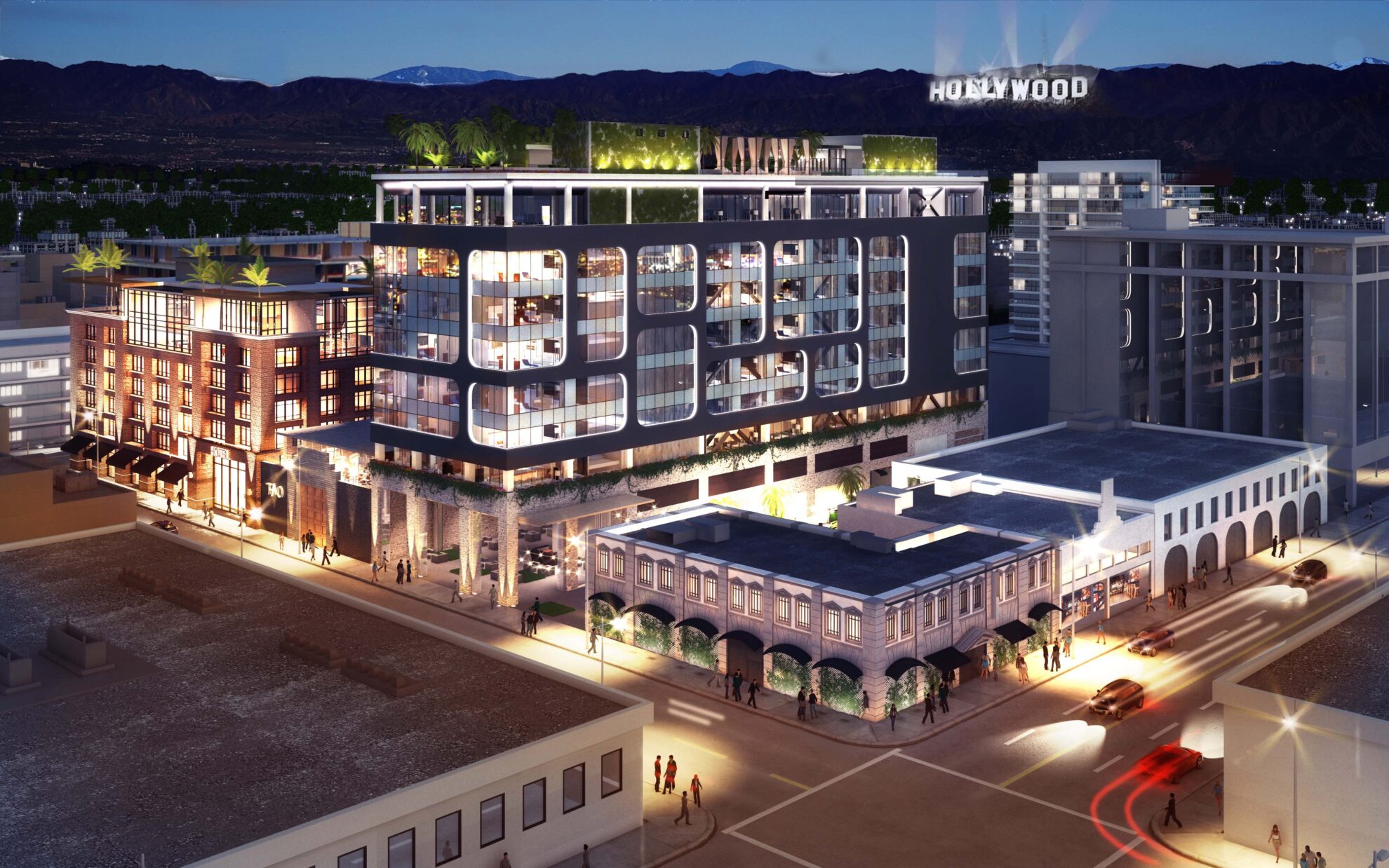 The West Coast flagship for the Dream Hotels brand will open this spring, on the corner of Selma Avenue and North Cahuenga Blvd in Hollywood. Described as an “experiential lifestyle” concept, the property sets out to integrate itself within the neighbourhood – a walkway outside will link the hotel with adjacent restaurants and nightclubs, while the highlight will be a 1,021 sqm panoramic roof garden and swimming pool overlooking the city. 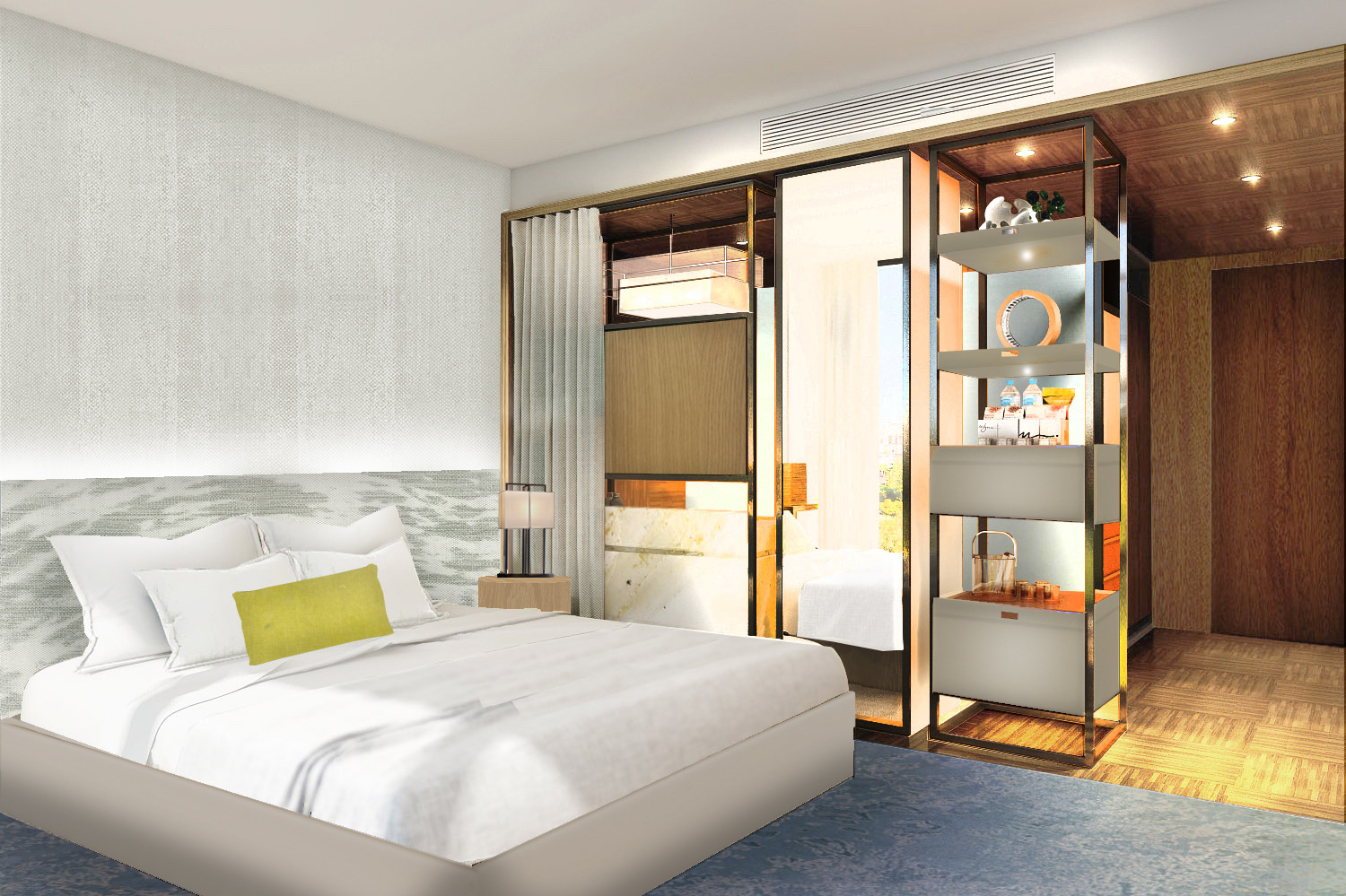 Inspired by the modernist architecture of Richard Neutra, the Rockwell Group has set out to blend the “surreal with the contemporary” with “hyper chic” design. Dream also has hotels in New York, Miami, Bangkok and Phuket. 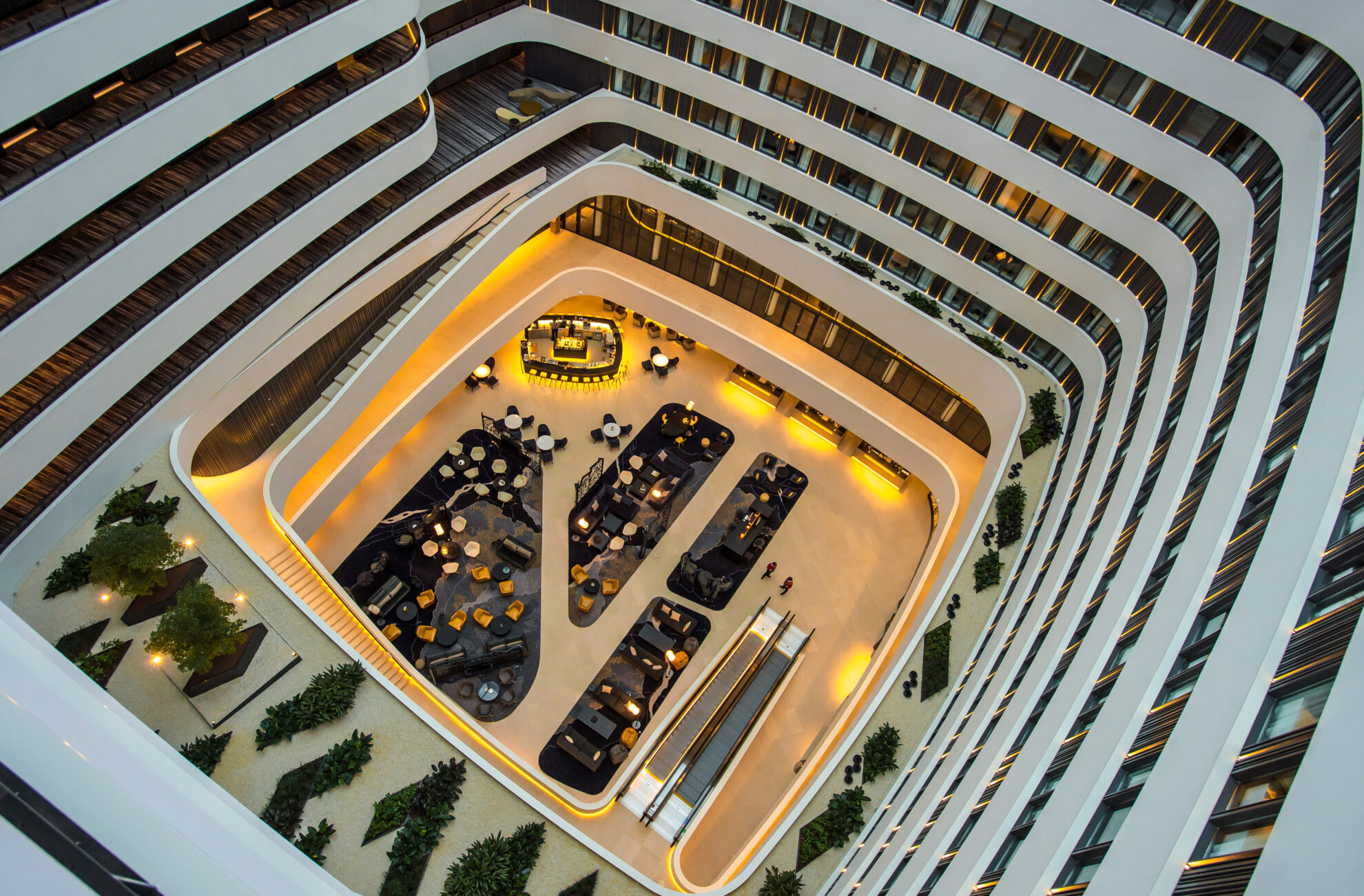 This hotel had its official opening in December, and replaces the original Hilton that opened here in the early seventies. Unlike conventional airport hotels, which tend to be soulless boxes bearable only for a one-night stopover, this new property claims to be the “latest vision for modern air travel accommodation”.

Its geometric facade was designed by Dutch architects Mecanoo, while interiors were by Britain’s the Gallery HBA. Along with a 42-metre-high glass roof and futuristic atrium, standout features include a bar specialising in Dutch gin, the Bowery restaurant, which uses ingredients sourced from local suppliers, a Rituals spa and a high-tech 24-hour gym.

Rob Palleschi, global head, full service brands, Hilton Worldwide, said, “The airport hotel concept was born in 1959, with the opening of Hilton San Francisco Airport. Innovation is in our blood – from being the first hospitality company to install televisions in guest rooms to introducing digital check-in with room selection via the Hilton HHonors app – and that pioneering spirit lives on as our brand nears its 100th anniversary.

“The new Hilton Amsterdam Airport Schiphol is all about challenging expectations and we look forward to giving guests a new type of airport hotel experience through our stylish design, unique F&B offerings, and world-class service and amenities.”

Although this hotel opened in 2007, it only recently joined the Design Hotels portfolio of trendy boutique properties, with bookings available through the site from March 24, 2016. Located in Praiano on Italy’s Amalfi Coast, its pristine white environment and cliff-edge location mark it as a cutting-edge alternative to the classical luxury of competitors.

A review by Fiona Duncan in The Telegraph reads: “The all-white, open-plan ground floor is a stunning showcase for the owner’s art collection, including eye-catching, vibrant sculpture in Murano glass; wild and whimsical works designed by Cuban artist Alfredo Sosabravo; and oil paintings by Argentinian Patricia Valencia Carstens, amongst others.”

It also has four unique Eaudesea Experience rooms, which occupy old fisherman’s cottages above a beach that are accessed from the hotel by a lift followed by 200 steps. They have free wifi, plasma screen TVs and electronic room control panels.

Another new entrant to the Design Hotels fold is La Maison, which is found in the west German city of Saarlouis, and has taken over an historic mansion with 38 bedrooms. With interiors by Stuttgart-based designer Birgit Nicolay, this hotel cleverly juxtaposes vintage with contemporary to create a homely yet stylish look. Bedroom lighting is transformed via “mood pads”, colour is used intelligently – to pleasing effect, floors are natural wood and minibars are found inside trunk suitcases. Opening in the summer will be fine-dining restaurant Louis.

The hotel is located in Zichron Ya’akov, 40 miles from Tel Aviv, on the Mediterranean coast – it also has a state-of-the-art concert hall and more than 500 works of art from the private collection of owner Lily Elstein.

A review on coolhunting.com reads: “After entering the Elma lobby, guests will come across Sigalit Landau’s Tzimaon (Thirst), a juggernaut of a sculpture weighing 26 tons wrought from two pieces of Carrera marble, on display inside an open-air exhibition space floored with local stone. From start to finish, the hotel’s interior embodies clean, classic lines and beige and white color schemes, creating a perfect foreground for the works hanging throughout, while the lobby boasts a reception desk modeled after a huge, black, metal piano.”