Hotel rooms in the sky: the new era of first class

For most people, flying first class is a dream but for those who can afford it, some airlines are taking the experience to a whole new level.

Nowadays, business class (which tends to cost about £3,000 return) tends to feature seats that convert into fully flat beds, as well as gourmet menus, fine wines and even onboard bars, so first class has to work harder to differentiate itself.

In May, Singapore Airlines (SIA) announced a new generation of first class suites to be installed on its new A380 superjumbo from 2017, although details of the design have yet to be revealed.

SIA, however, set the trend for ultra-luxurious in-flight experiences, with the launch of its first class Suites on existing A380s, with separate cabins behind sliding doors that house an independent bed (a double can also be created) and an armchair. So whatever comes next will have to trump this.

China Eastern also offers a double bed on its B777-300ER, while Lufthansa’s B747 has a fixed single bed positioned next to a seat, which is innovative.

British Airways unveiled its state-of-the-art first class “pods” this year on board its new B787 Dreamliners, but with seats that slide down to create a bed and not as much privacy. There is no doubt it looks pretty slick, though. 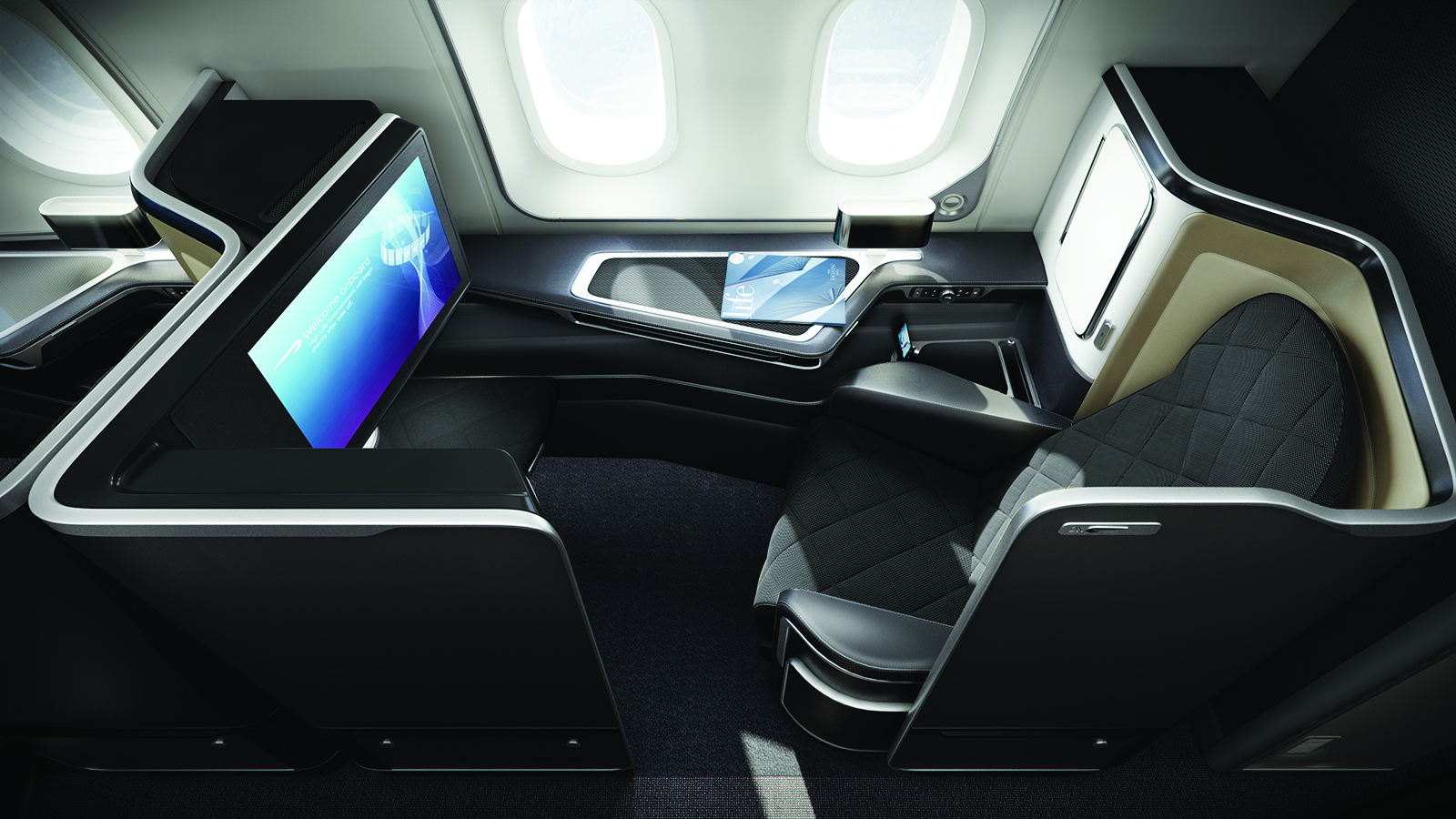 Last year, Abu Dhabi-based carrier Etihad took it to the extreme with the unveiling of the world’s most extravagant first class concept. Called the Residence, it’s an entire suite in the nose of the double-decker A380.

It has its own set of doors opening into a living room with two couches, a 32-inch TV screen and a minibar. You also get your own chef and personal butler trained by the Savoy hotel. 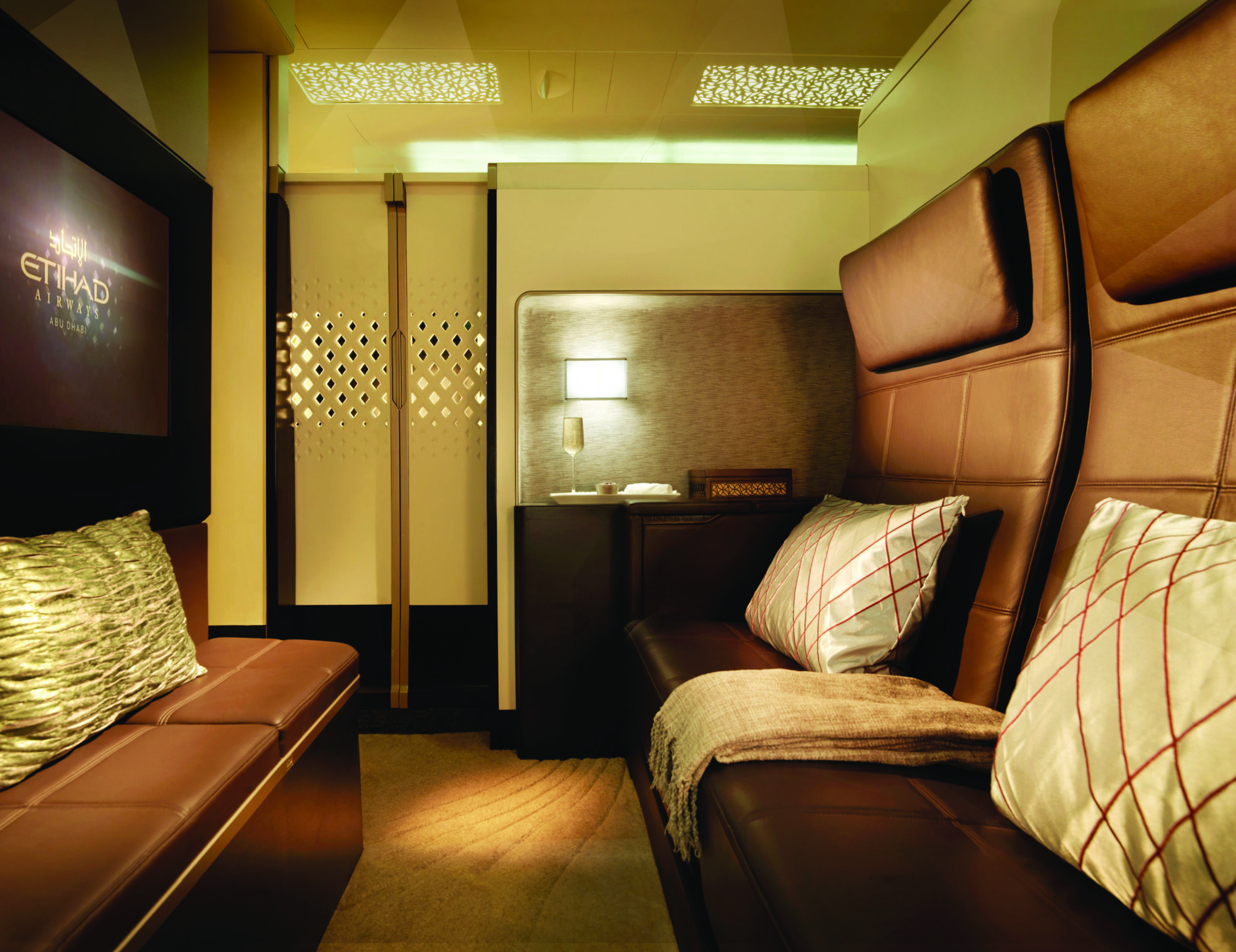 Living room in Etihad’s the Residence

A narrow corridor connects to a bathroom with a sink, shower, bathing products, fluffy robes and towels. 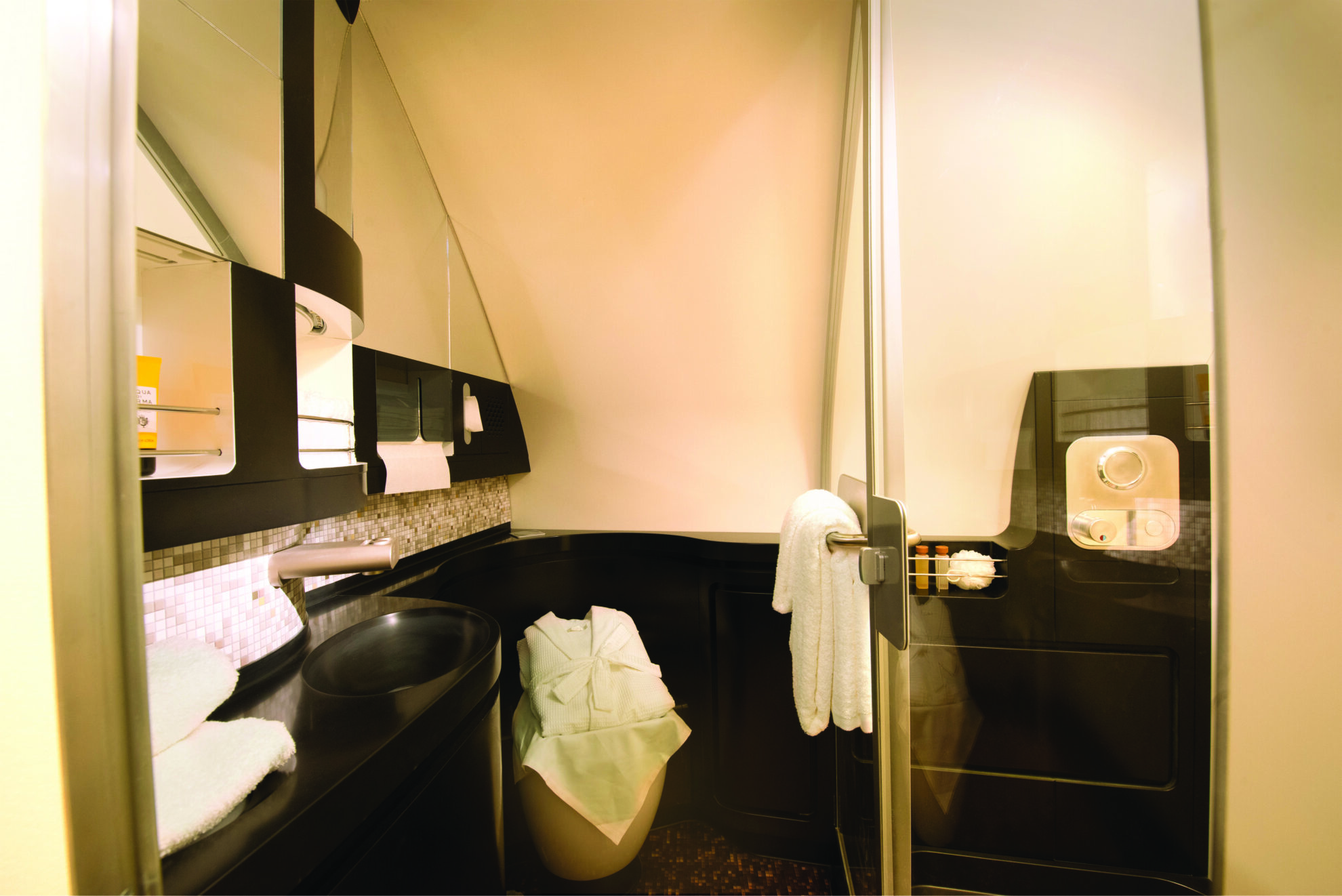 Bathroom in Etihad’s the Residence

At the end is a bedroom with a double bed made up with sheets and pillows, just like in a hotel, except you can look out of the window on to clouds. 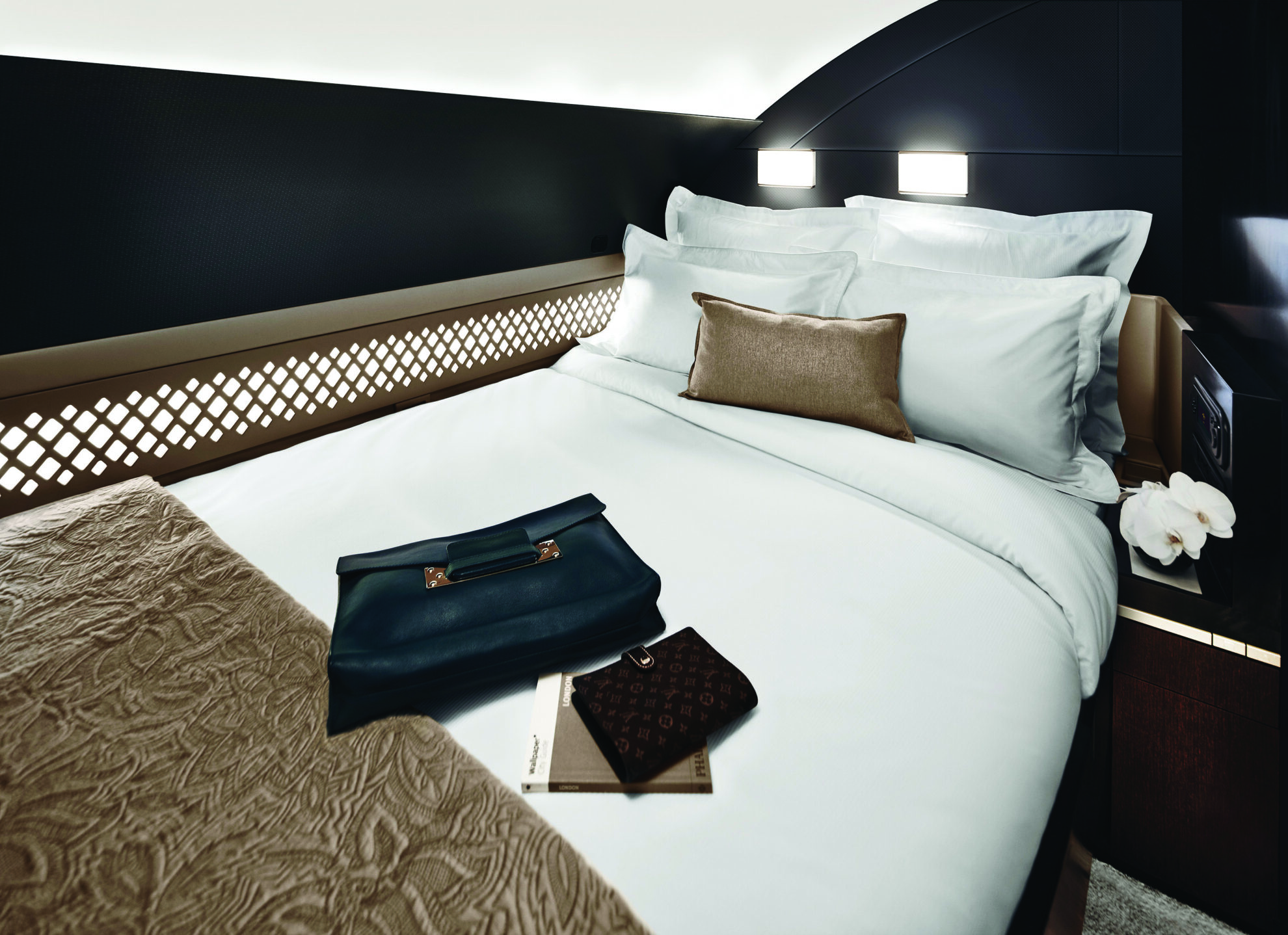 The Residence accommodates two people and costs about £12,500 for a one-way flight.

Etihad also has a (slightly) less outlandish new first class Apartment as well, of which there are nine on the A380 superjumbo. These private 3.6 sqm units come with an armchair and an ottoman bench that folds into an 80-inch-long fully flat bed.

They also offer a 24-inch entertainment screen, minibar, vanity cabinet, wardrobe and access to a hot shower in the communal first class bathroom. A return flight in an Apartment costs about £3,885 return.

Not to be outdone, Dubai-based Emirates, recently announced that it too would be introducing an improved “fully enclosed” concept for first class “similar to a railway cabin” – no mean feat when it already provides flyers with seats behind doors and a shower at 35,000 feet on its A380s.