Banking on Banksy: what next for Weston-super-Mare?

With the closing of Banksy’s Dismaland “bemusement park”, Sara Turner reflects on the future of English seaside resort Weston-super-Mare.

Well, you’ve missed it. Dismaland, that is, or was. If you didn’t make it to Weston-super-Mare – sorry, where? – for Banksy’s five-week takeover (from August 22 to September 27), you never will get to see the Grim Reaper drive a dodgem to the tune of Staying Alive.

Many people would have been unsurprised to see Dismaland receive a stay of execution, given its enormous popularity. Hundreds of people queued for five hours or more just to get in, after online tickets granting guaranteed entry sold out in seconds. But close it did.

So, what was it like? Pretty dismal, all things considered, but then that was the point. The whole experience was designed to inspire misery – and therein lies its anarchistic brilliance.

The thing is, I went to Dismaland, and I enjoyed it. It made my heart sing. I’ve travelled the world several times over, but something about this rickety operation truly inspired me, as much as eating street food in Mumbai, even, or watching the sun rise over the Himalayas.

We queued for nearly an hour to get in, even though we turned up early and were lucky enough to have pre-booked tickets. Once inside, we rushed to visit the anarchist’s tent, the art gallery, the rooftop bar, Cinderella’s palace… All brilliant, and well documented by the press.

But my favourite bit was the open fire, carefully tended by a staff member. Located in the centre, in front of the entrance and surrounded by seaside deck chairs, this was the place to sit and observe what Dismaland was all about. (A map labelled it as the “Jeffrey Archer Memorial Fire Pit… lit each day by burning one of the famed local perjurer’s novels”.) 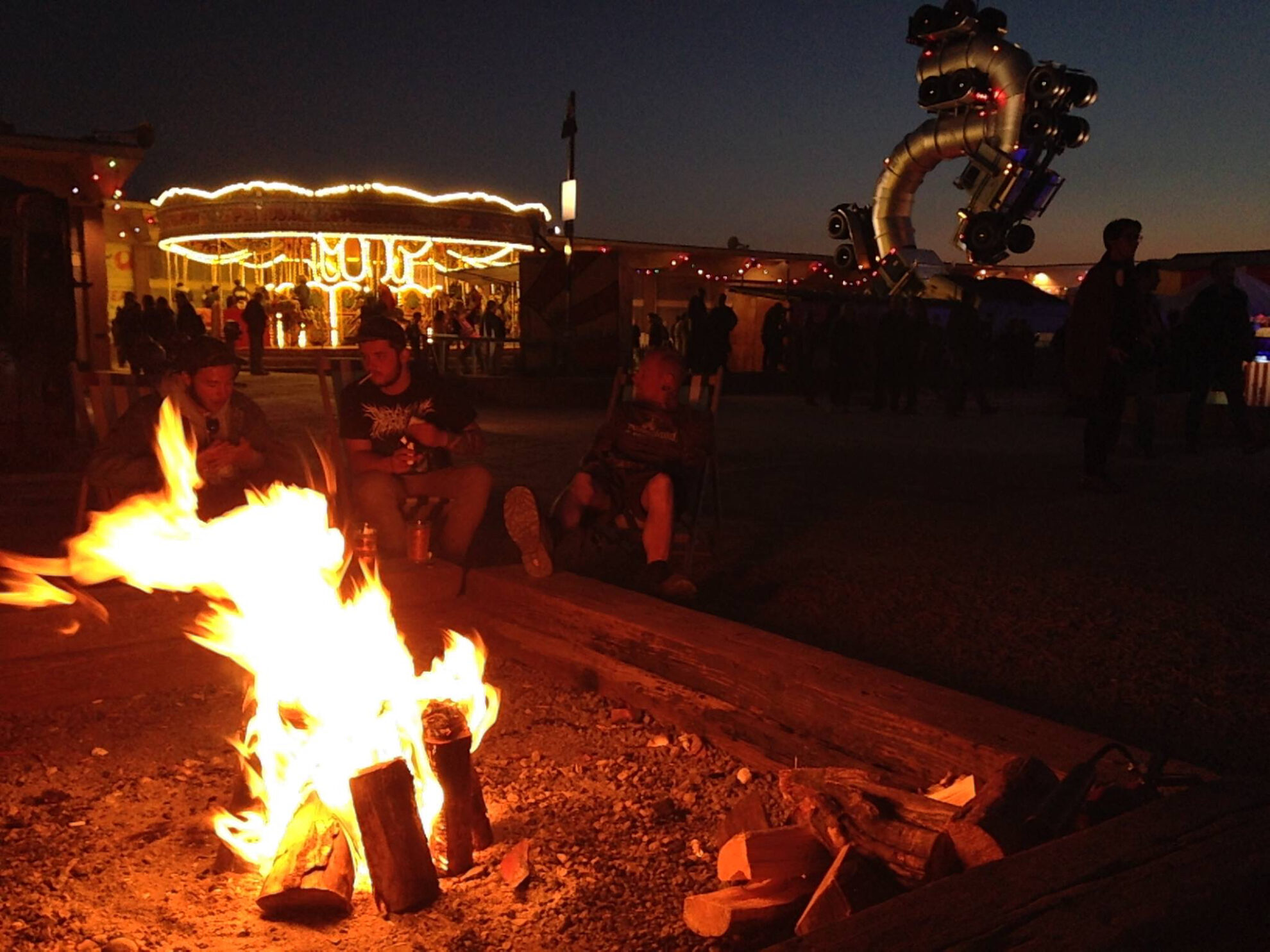 If you did visit, there’s every chance you didn’t even notice it, but for me it was the heart of the place. With falafel in hand and warmth at my feet, I watched: people dressed up as seagulls loudly squawked in the ear of anyone who dared use a mobile phone, forcing them to hang up; people queuing to topple the anvil; people sipping beer while attempting to focus on the mirage that was Ariel the Little Mermaid.

Before coming, I had wondered what I would feel about Dismaland once I entered its realm. I’d had several conversations with various different people about what Banksy was saying about Weston, whether he was ridiculing the rank, faded ridiculousness of a seaside town that still tries to entertain us Brits when holidays abroad are so much more appealing.

Weston has undoubtedly suffered in recent years, which the dilapidated old lido that housed Dismaland on the seafront has been a daily reminder of. Once the envy of Europe, by the turn of the century it was an empty husk, boarded up and out of bounds.

Tourists keep coming, though. In 2004, official figures put visitor days at a little over 7,000, but by 2014 that figure had risen to more than 10,000. This summer, First Great Western reported that Dismaland had prompted a doubling of visitors on its rail service. In fact, it was estimated to have pulled in no less than 150,000 people and boosted the local economy by £20 million. For many Brits, Banksy’s art project has put the town on the map.

Still, the Guardian journalist who came to review Banksy’s exhibition didn’t like Weston. He described the whole town as dismal. He described what he saw: “A dilapidated pub, desperate-looking big wheel and grim promenade”. He didn’t make it to the fish restaurant with sunset views to die for, or the trendy cafe with open kitchen and film screenings.

I forgot to say, I live in Weston-super-Mare. Not through any particular desire, I’ve just sort of ended up here. With Bristol easily commutable 20 minutes up the M5 and a beach on the doorstep, it’s become home, and a good one at that. I can be in London in a bit over two hours for work, yet I have the Mendips a ten-minute walk from my Victorian terraced house – with original features, thank you very much.

It sounds pleasant, doesn’t it? But it doesn’t fit with the reflection I see in the press who visited, and then wrote about, my new hometown. That Guardian journalist, for me, missed Banksy’s point. I don’t think he saw the fire, or the potential that a place like Weston and art like Banksy’s has to offer. He refused to step outside himself; he came as an art critic, and left as an art critic.

What is it to travel? When we go abroad and look at the funny ways people do things, and comment on the odd foods and clothing we see, as global travellers, how can we ensure we really learn and grow from what we see?

If you’ve not had the chance to read Alain de Botton’s A Week at the Airport or The Art of Travel, you really should. (Click here to read about his latest idea, The Psychological Atlas.)

He reflects on what it is to truly travel, and discusses this idea that travel is escape from yourself. A way to see beyond, to see the potential, and to reflect upon yourself and your own worldview. This is what Banksy has done with Dismaland, in my opinion. A once-in-a-lifetime experience, never to be repeated, that happened on my doorstep.

It will be interesting to see what happens next, here in Weston-really-rather-super-Mare. Will it be the South West’s answer to Margate? Perhaps the lido will house a new Dreamland, and the old library – a beautiful Victorian edifice empty since 2012 – a new Tate.

I hope Weston-super-Mare can somehow manage to capture this oh so fragile essence of what it is to travel, to get away from it all. This is what Dismaland was about. Temporarily forget about mobile phones and wifi, just escape. Travel. Step outside yourself. Watch a fire.