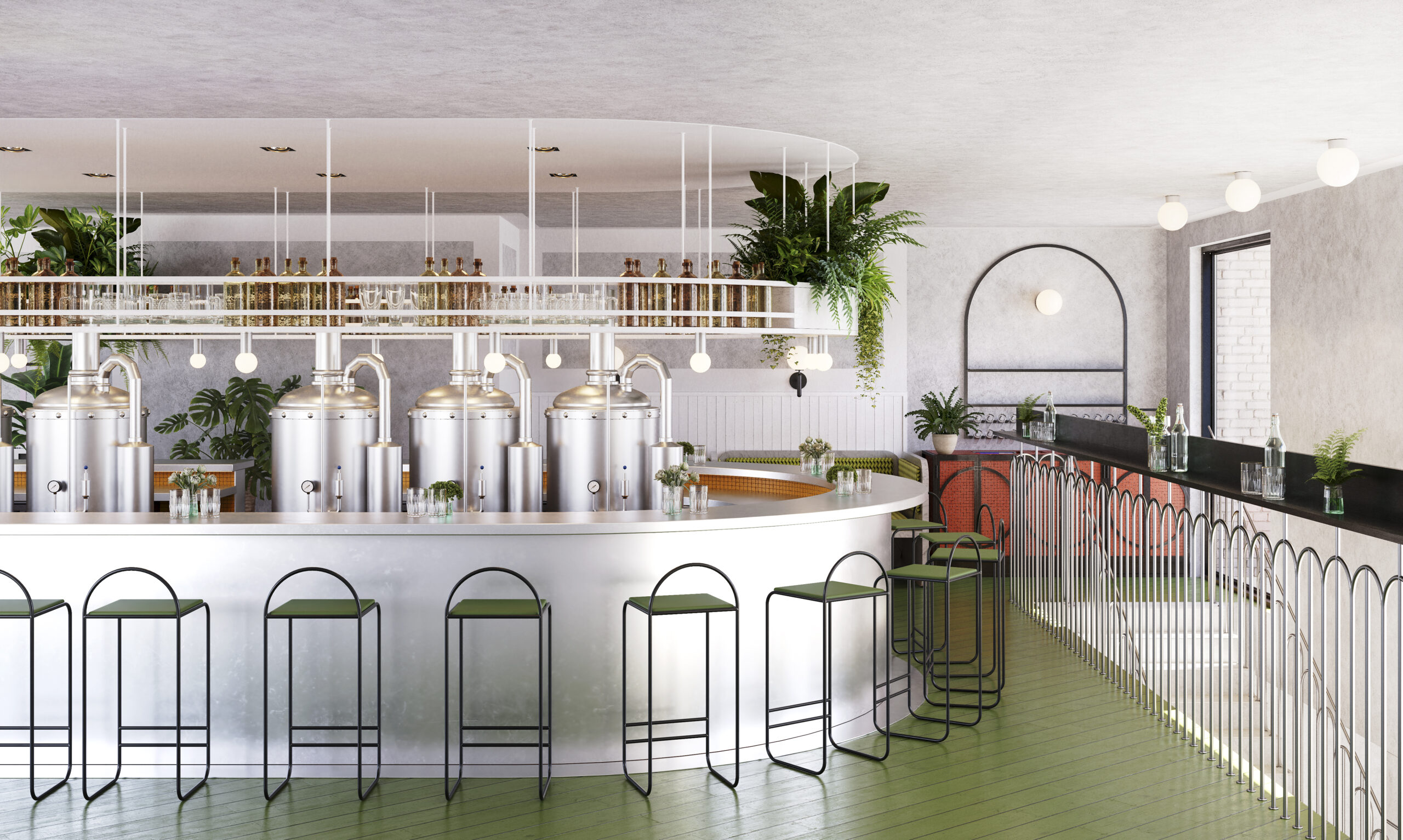 Coming in January, Kingsland Locke apart-hotel will brew its own gin and craft beer on-site, cutting its carbon footprint by 75 per cent. Rose Dykins reports

Apart-hotel brand Locke is launching its fourth London location – Kingsland Locke – which will open in Dalston in January 2021.

As well as having 124 of Locke’s signature studio apartments, Kingsland Locke will be home to an on-site microbrewery and gin distillery. This will reduce the property’s carbon footprint by a dramatic 75 per cent, as it will remove the need for unnecessary packaging and deliveries to the site.

The latter – which offers a modern take on the traditional kebab in its Soho and Covent Garden outposts – will expand to East London for the first time, back to London’s kebab heartland. 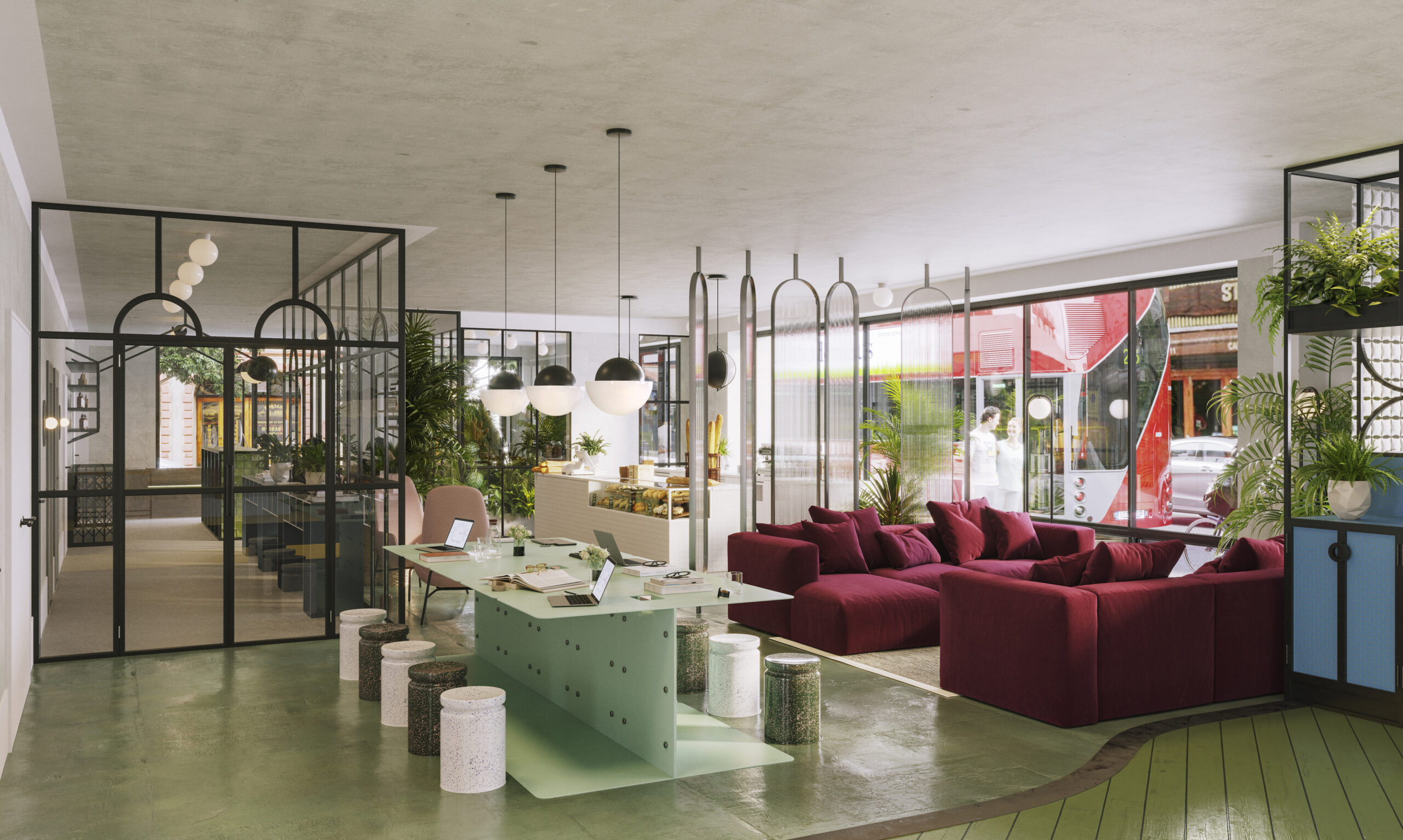 The property will also have a ground-floor coffee shop with grab-and-go items, a free co-working space, and a workout studio.

The plan is for its greenery-filled, naturally lit atrium to transition from a relaxing communal area into a lively space for drinks and dining in the evening. The hotel’s team of “House Hosts”, will be on hand to share local knowledge and insider tips with guests. 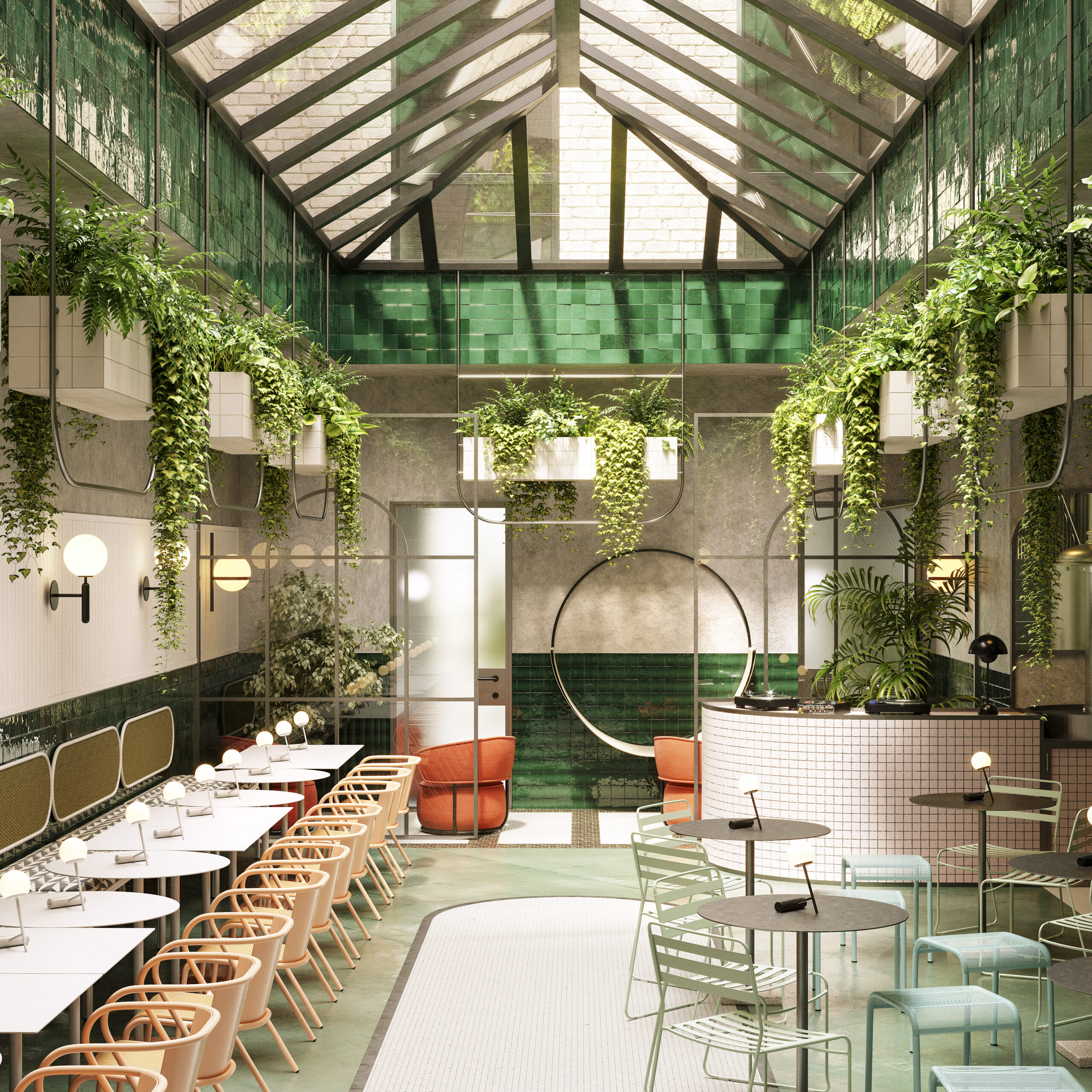 East London-based studio design Red Deer has designed the interiors for Kingsland Locke, taking inspiration from the vibrant colours and scenes of the surrounding Dalston neighbourhood.

For example, the colourful tiles, bright peach walls and metal framework such as the reception desk and waiter stations are meant to mimic the vibe of market stalls (the property is within walking distance of both Broadway Market and Columbia Road Flower Market). 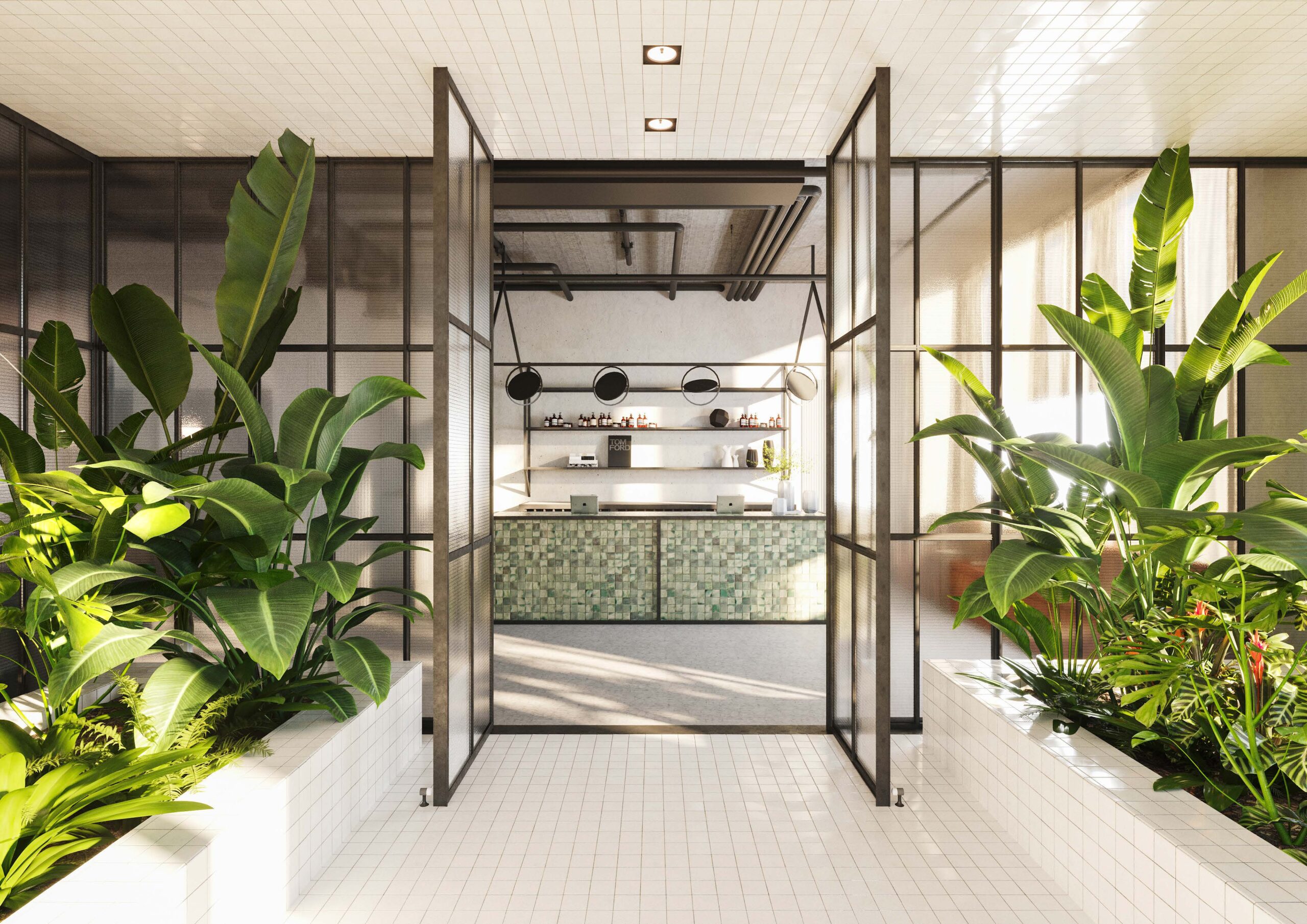 Meanwhile, the colour palette of the studios is more muted, and combined with natural textures to evoke a restful atmosphere.

As with all of Locke’s aparthotels, the studios at Kingsland Locke come with fully equipped kitchens and living areas – ideal for self-contained living for those who would prefer some privacy, or who are staying for longer than an couple of nights. 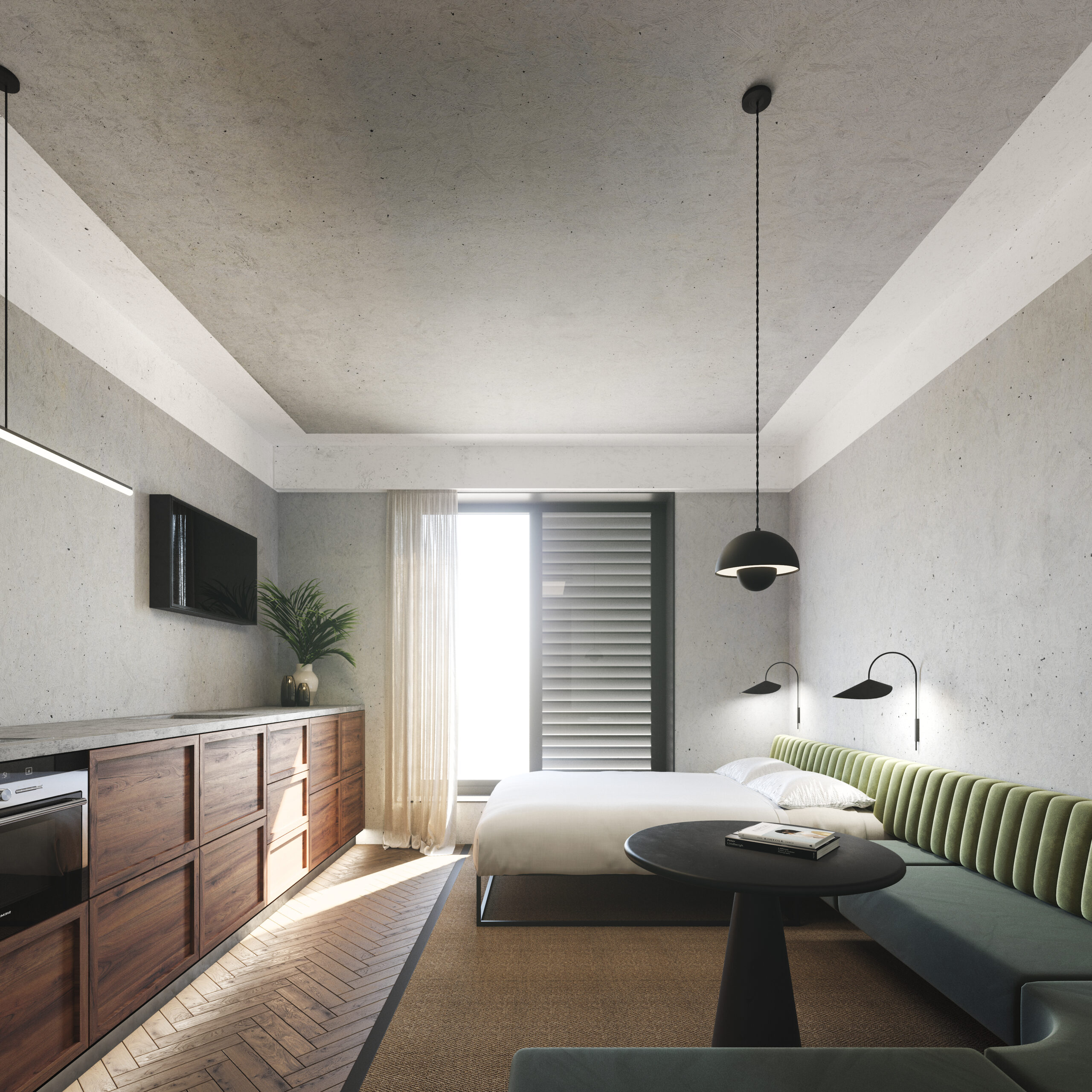 “This launch, as with other Locke openings, has been all about championing the local Dalston area and seeking partners and collaborators that call the area home – from the architects to the uniform designers,” says Stephen McCall, CEO of Edyn, the serviced apartment company that owns Locke.

“With Kingsland Locke, we are aiming to celebrate Dalston’s unique creative landscape, and in doing so, create an environment in which both travellers and locals feel at home.”

Locke hotels offers an alternative to the somewhat functional, corporate nature of serviced apartment accommodation. Instead, it aims to blend the traditional aparthotel format with the “thoughtful design, disruptive food and drink collaborations and programming of a boutique lifestyle hotel”.

The brand has launched six UK properties in the past four years in London, Manchester and Edinburgh, with more openings planned in Dublin, Berlin, Lisbon, Munich and Copenhagen.