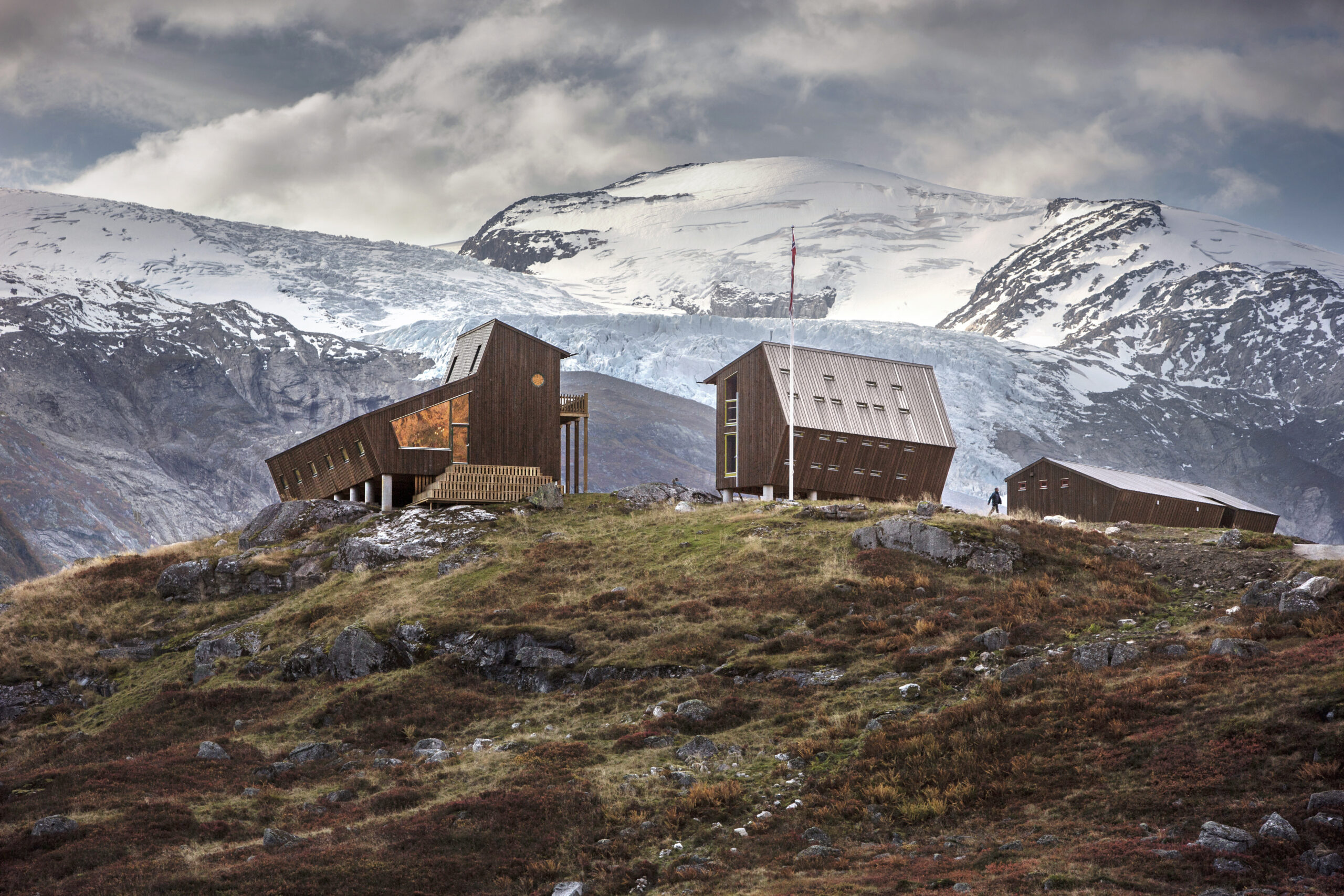 A “constellation” of nine angular cabins, designed by award-winning Norwegian architectural firm Snøhetta, commemorates the site of an original hiking cabin that was destroyed on Christmas Day, 2011.

The previous structure, that stood for over 100 years, was torn apart by cyclone Dagmar. In its place, Tungestølen is a cluster of pentagonal tourist cabins for hikers setting out on trips to the nearly Jostedalen glacier, the largest in continental Europe.

Surrounded by steep cliffs and a valley below, each building is designed to make minimal visual impact, leaving the rugged landscape as the focal point. According to Snøhetta, “architecture should always be subordinate to nature”. 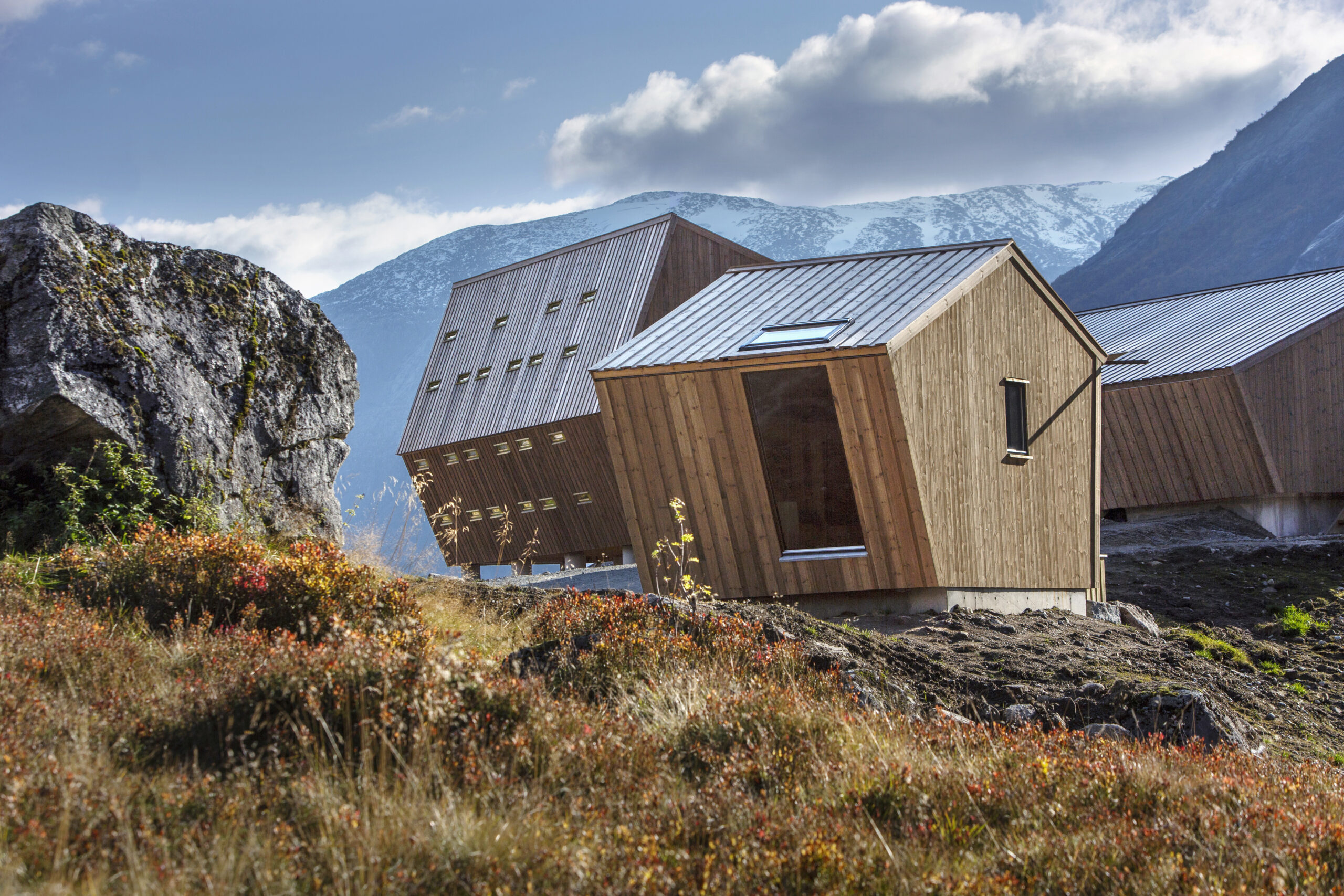 Following consultations with wind experts and specialist 3D modelling software, outer walls have been constructed with a beak like shape to slow down strong winds sweeping through the valley. The resulting exterior shape lends a contemporary twist to the traditional Norwegian timber cabin.

“The pentagonal shapes of the cabins stand out from traditional Norwegian cabin design,” senior architect Anne Cecilie Haug told Dezeen. “Although the colours and materials of Tungestølen are inspired by other surrounding cabins, these new cabins represent something new and also surprising.”

Construction materials were chosen to have reduced environmental impact, including glue-lam frames with sheets of cross-laminated timber (CLT) to form the main structures, which were then clad in ore pine.

The cabins include a large dormitory, smaller private units, common dining and relaxation area, and a storage unit, accommodating up to 30 people. 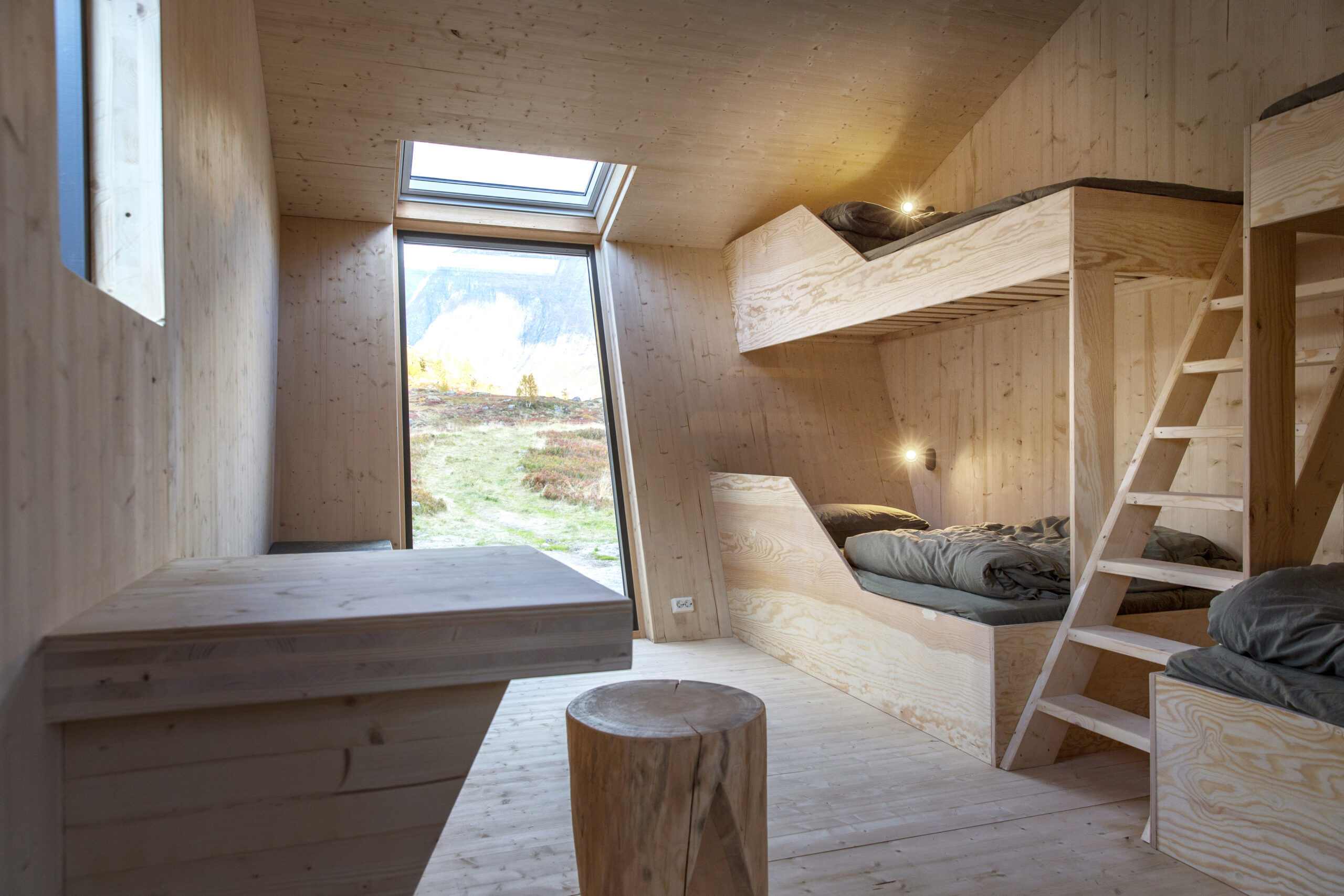 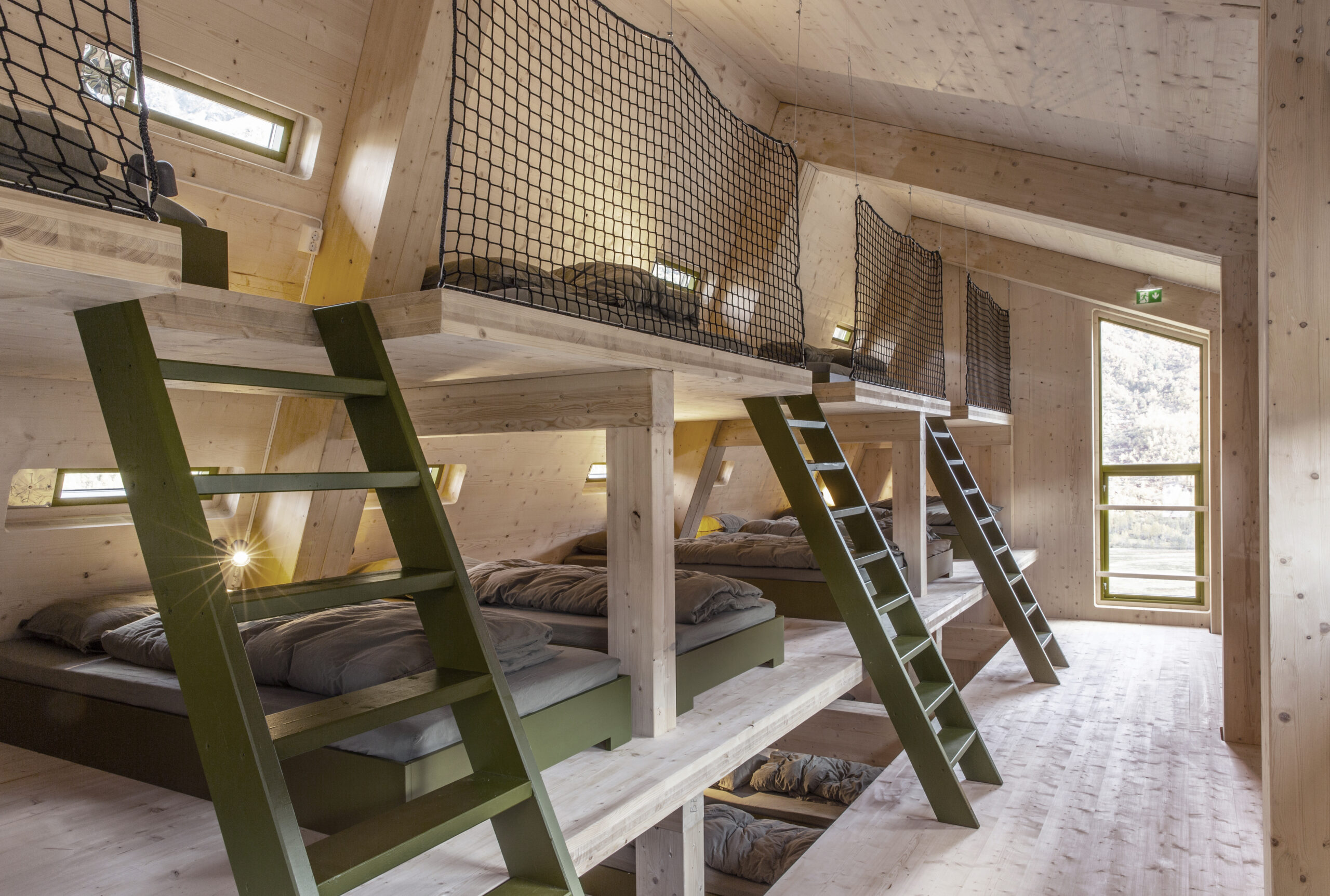 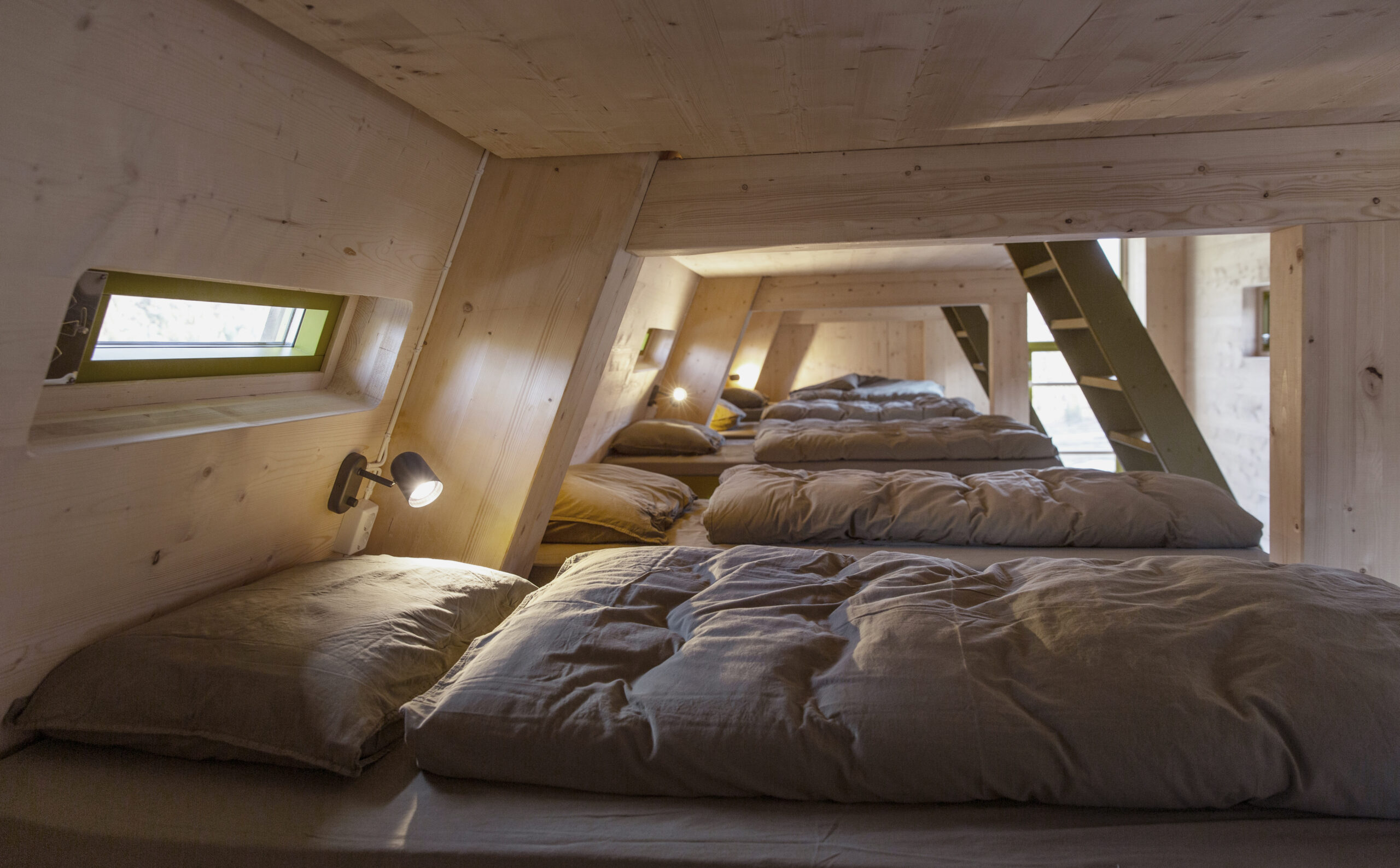 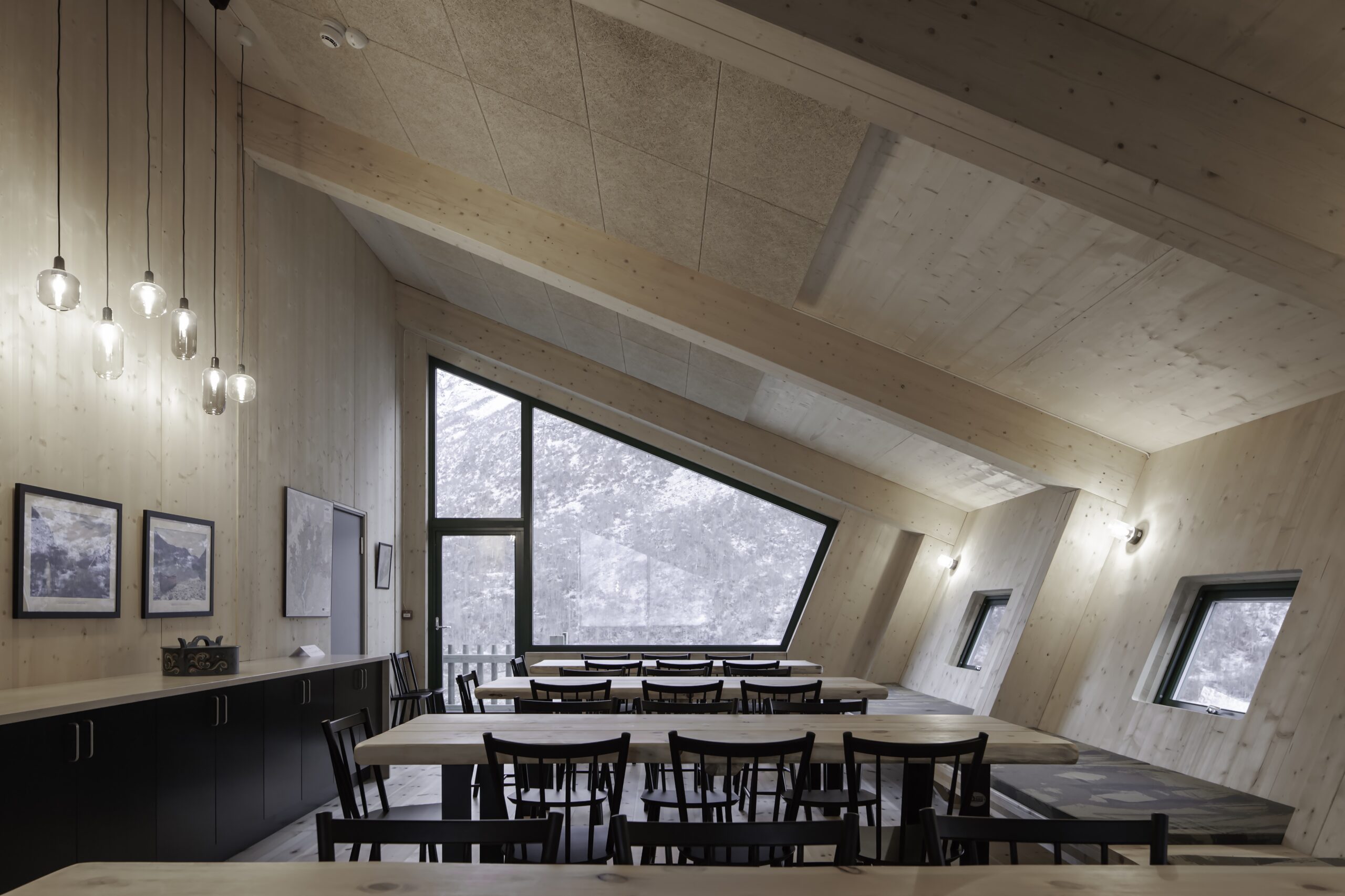 A large, stone fireplace in the lounge area offers warmth for cooler days and nights, while broad windows invite panoramic views of the surrounding landscape. Interior timber-clad walls feature maps and artifacts, including an old ice axe, rescued from the original structure.

Though Tungestølen was officially inaugurated by Norway’s Queen Sonja last autumn, construction will continue to complete a planned total of nine cabins, housing up to 50 visitors. 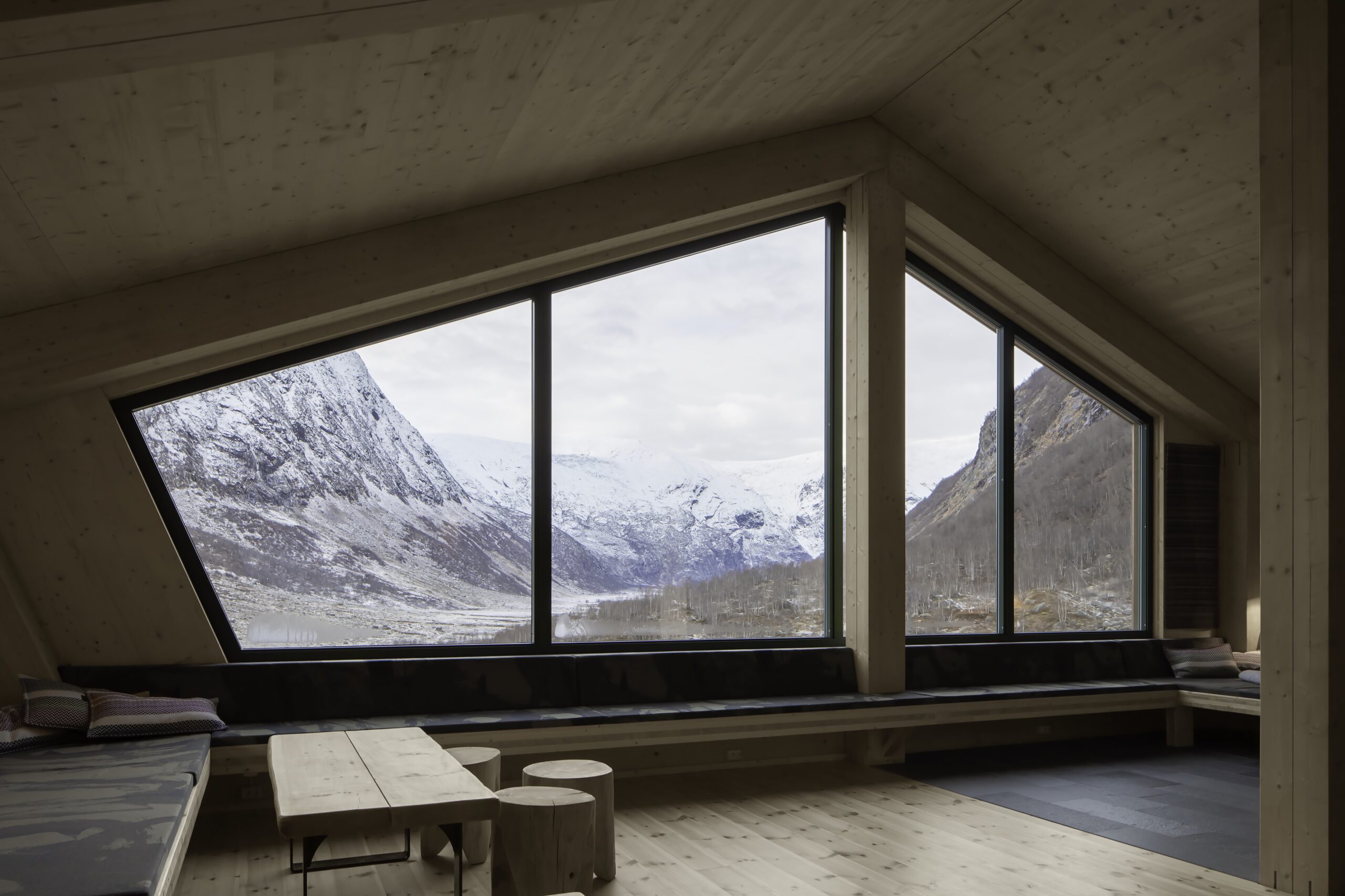 One of the final buildings slated for construction is an exact replica of Snøhetta’s Fuglemyrhytta cabin near Oslo, which has become a popular hiking destination since its opening in 2018.

Funds for the design and build were raised by Luster Turlag, a local branch of the Norwegian National Trekking Association who manages the cabin, along with the nearby village of Veitastrond. The two hosted an international competition for design bids, which Snøhetta won in 2015.

Facilities are open to the public in the summer and autumn months, for both glacier hiking in groups and shorter hikes for families and those wishing to stay off the ice. Reservations must be made in advance and guests must bring their own bedding. Meals and hot thermoses can be booked for an additional cost.