From personalised seats to a large mirror for observing yourself weightless, Virgin Galactic has revealed what it will be like for passengers inside SpaceshipTwo, VSS Unity. Jenny Southan reports

After years of waiting, Virgin Galactic has finally unveiled the interior cabin of its SpaceshipTwo spacecraft, VSS Unity, which will take non-professional astronauts off-Earth for US$250,000 a ticket. Departures will be from Spaceport America in New Mexico – hopefully before the end of 2020.

It has even started advertising on Instagram, with a deposit of US$1,000 taking people to the front of the queue for reservations.

So what will it be like on board a Virgin Galactic flight?

Designed in partnership with London-based studio Seymourpowell, cabin architecture will facilitate “effortless movement in weightlessness”. There will be 12 windows for passengers to gaze at the Earth from, and automated mood lighting that harmonises with each flight phase (a bit like on Virgin Atlantic B787 planes). 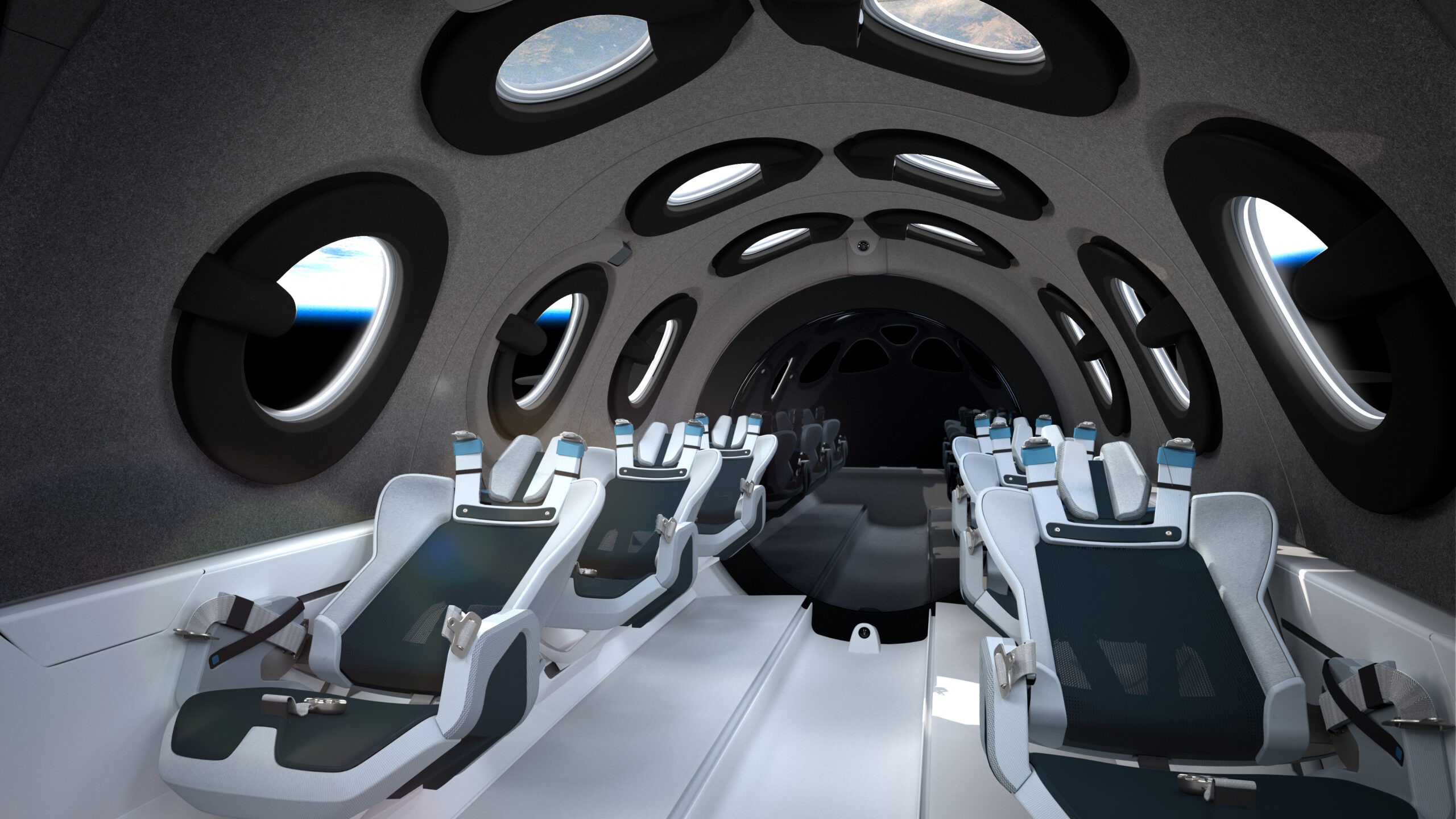 Virgin Galactic says that Seymourpowell has developed an “elegant but progressive, experience-focused concept for the cabin”.

It says: “While it has been created to integrate seamlessly with every other aspect of the Virgin Galactic astronaut journey – the cabin is also the design centrepiece, providing safety without distraction, quietly absorbing periods of sensory intensity and offering each astronaut a level of intimacy required for personal discovery and transformation.” 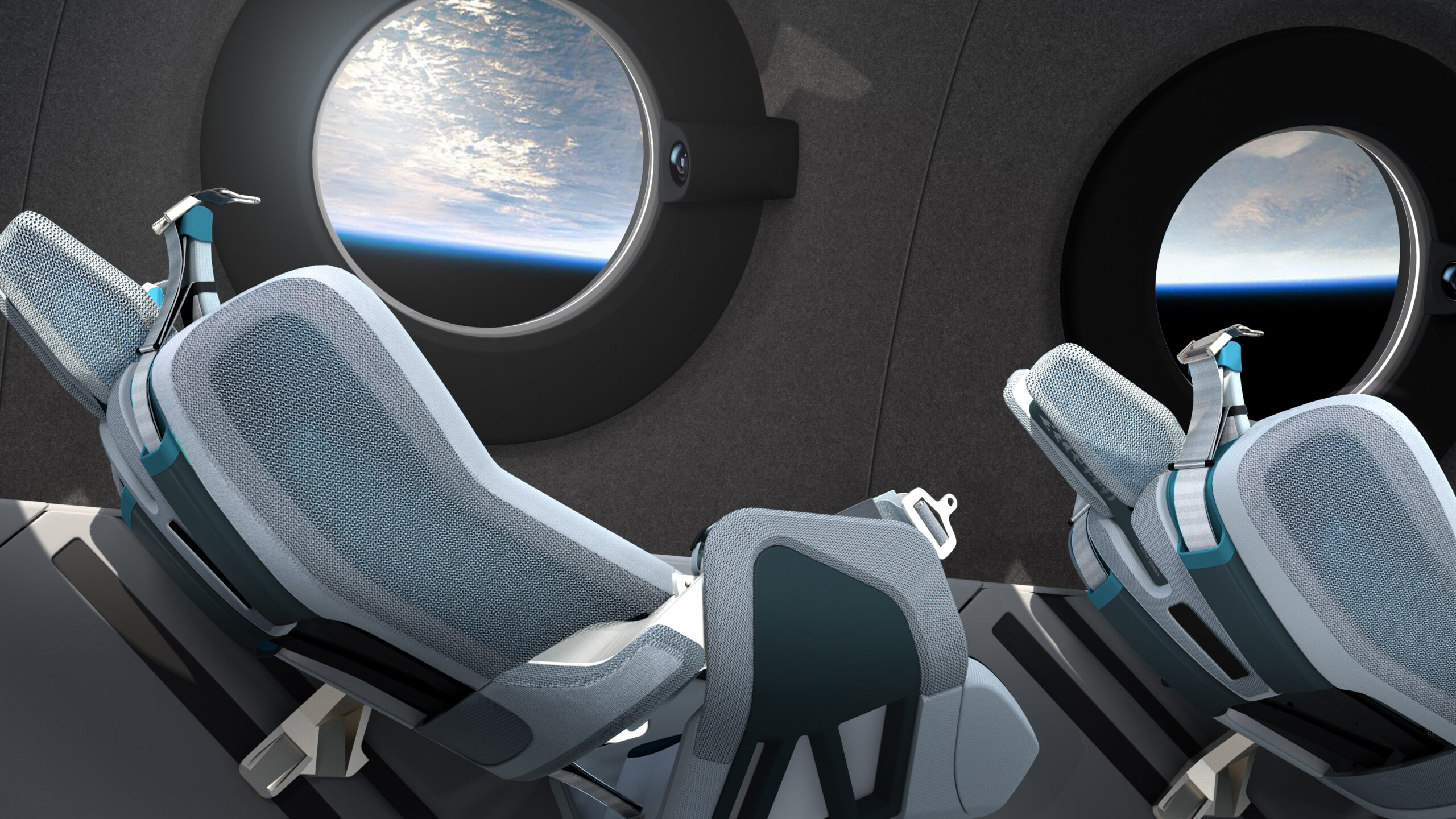 Using the highest-grade aluminium, technical fabric and carbon-fibre manufacturing techniques, seats are individually sized to each passenger to maximise comfort and safety. 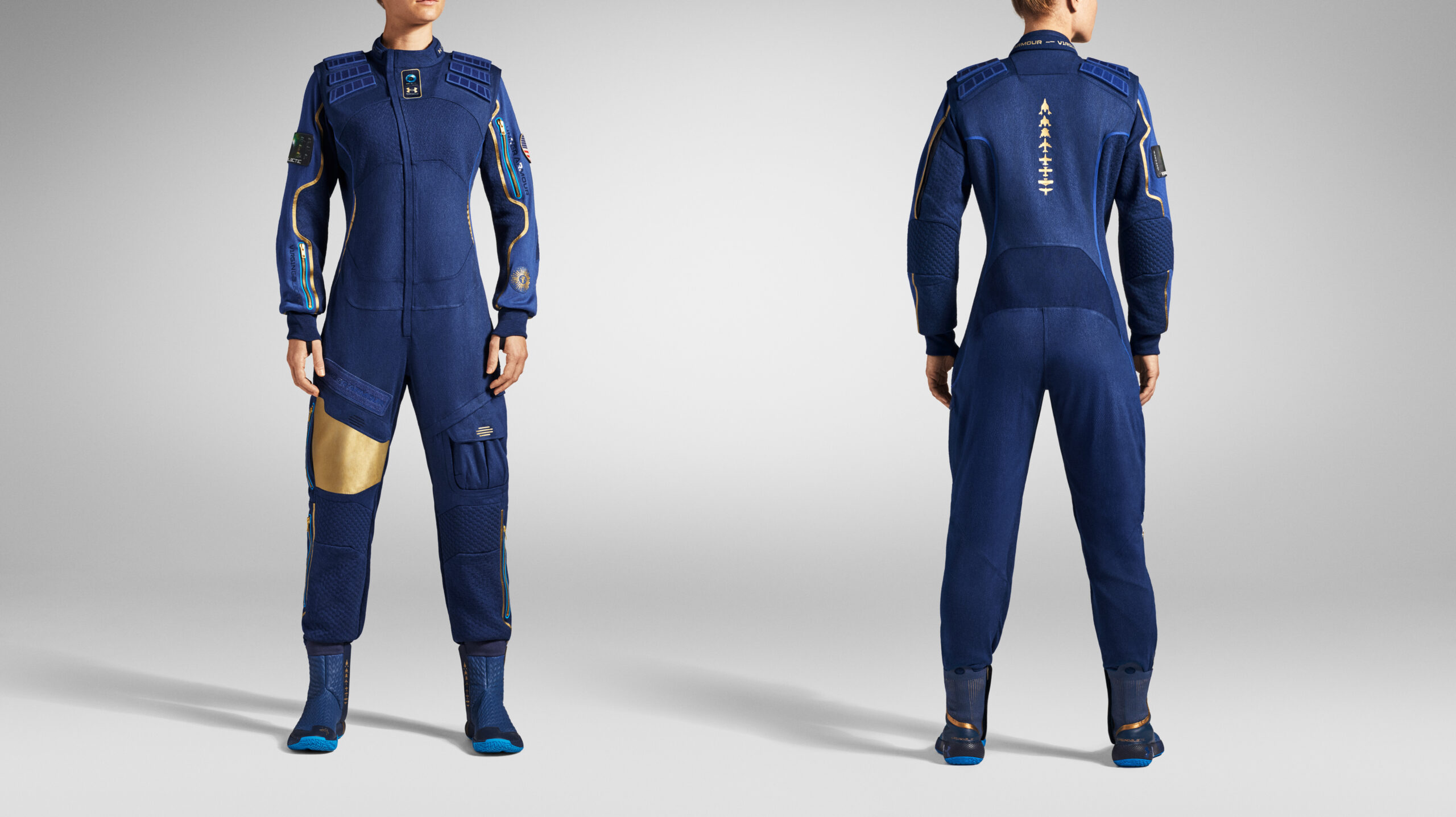 The color palette of the cabin has been “carefully curated” so that it complements the seat, the cabin and spacesuits. “The golden metallics resemble luminous desert sands, blues conjure celestial spaces and teals inspired by the ocean ground travelers back to Earth,” says the company in a statement.

Meanwhile, a pilot-controlled recline mechanism allows for optimal seat positioning to manage G-forces on boost and re-entry, and frees up cabin space to maximise an unrestricted astronaut float zone when in zero gravity. 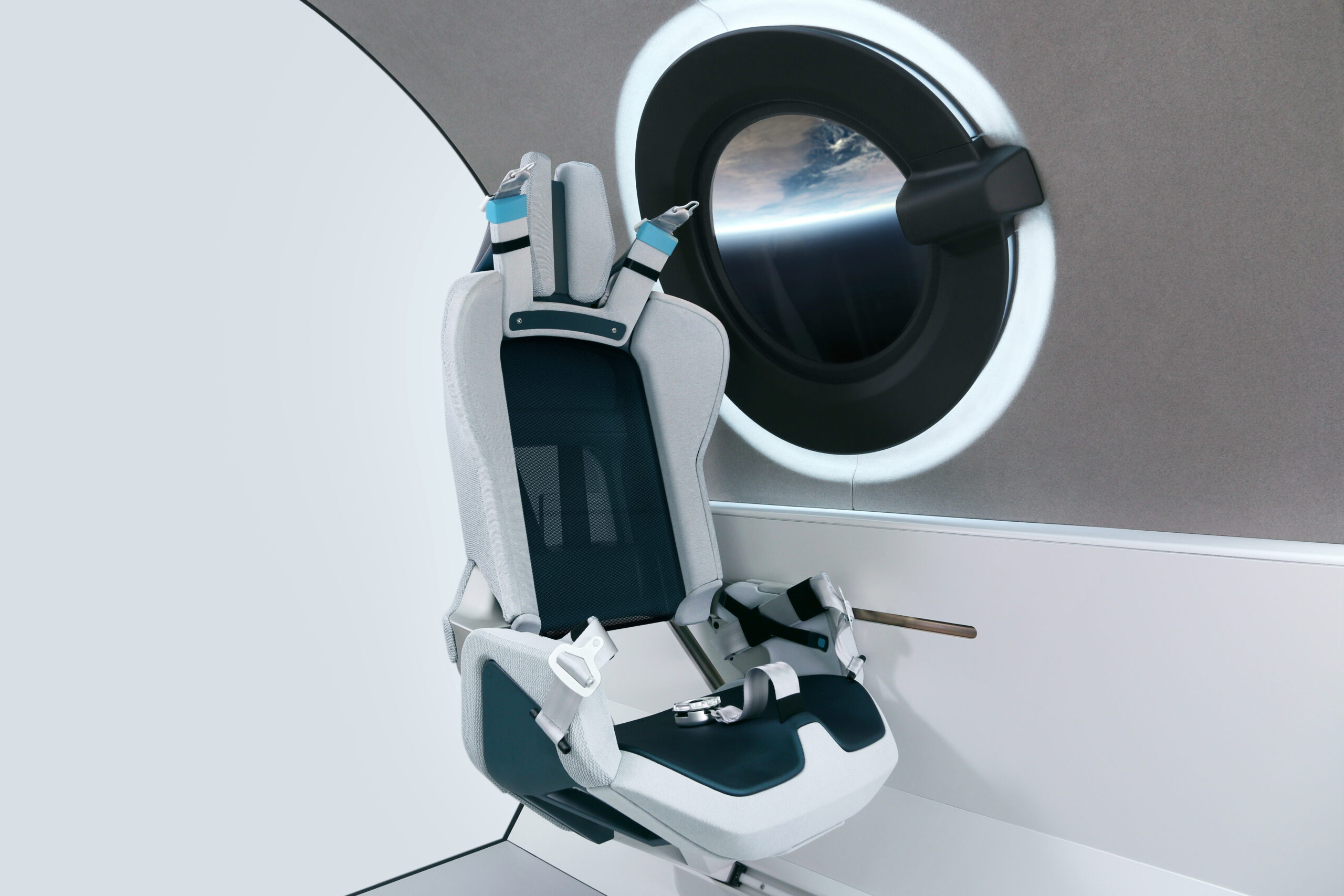 SpaceShipTwo’s cabin was deliberately sized to allow for an out-of-seat weightlessness experience for astronauts. For this reason, cabin surfaces are soft cabin surfaces and there are intuitive hand and footholds (including around the windows so you can grip on to the frames and peer out), allowing astronauts to explore the cabin freely and fully as they float. 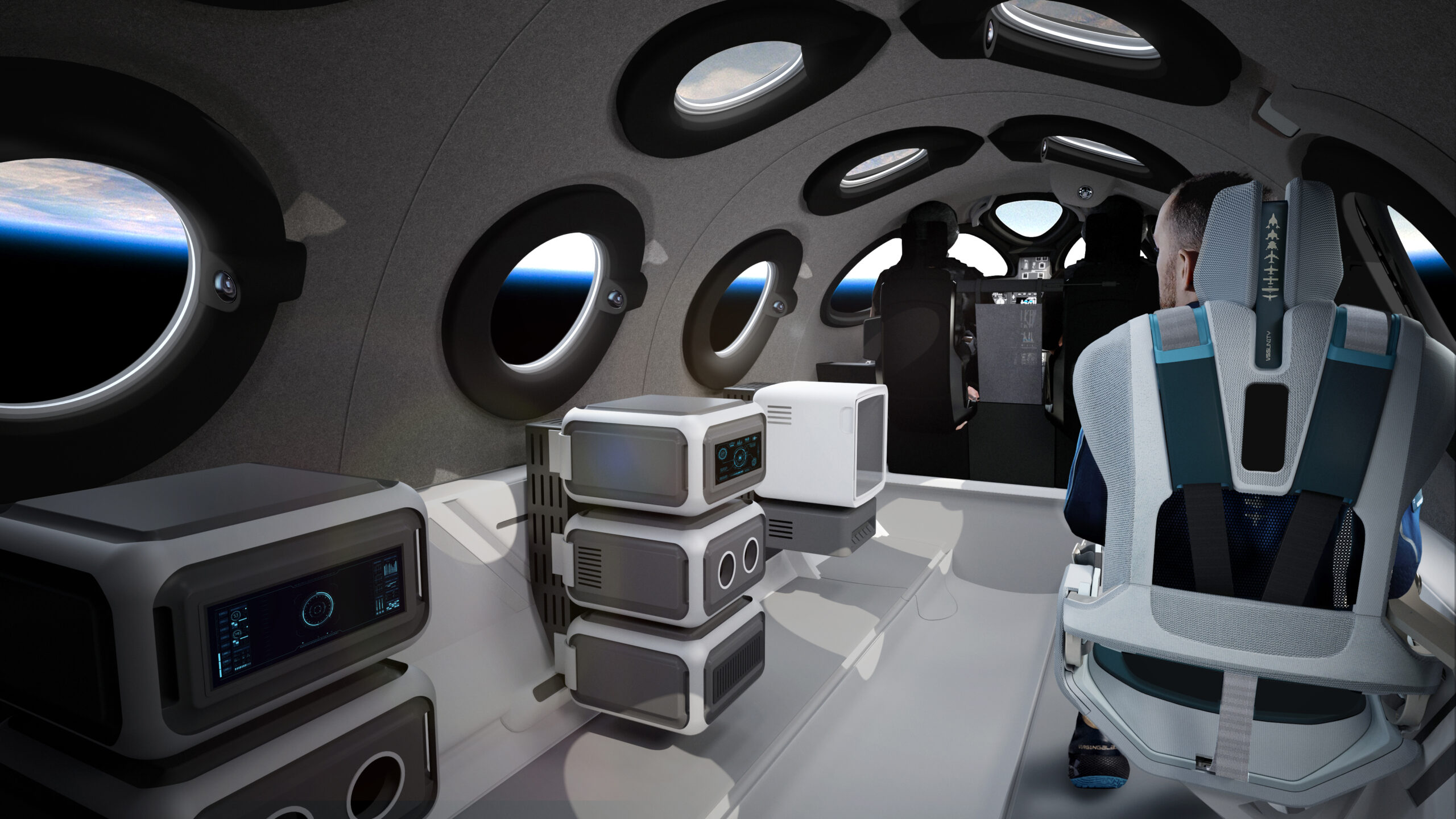 What else can we expect? Although multi-coloured LEDs are concealed within the window surrounds, Virgin Galactic says that “at the pinnacle of the experience, as the Earth comes into view against the black sky of space, all lighting is extinguished, bringing an instant focus to the profoundly beautiful vista”. 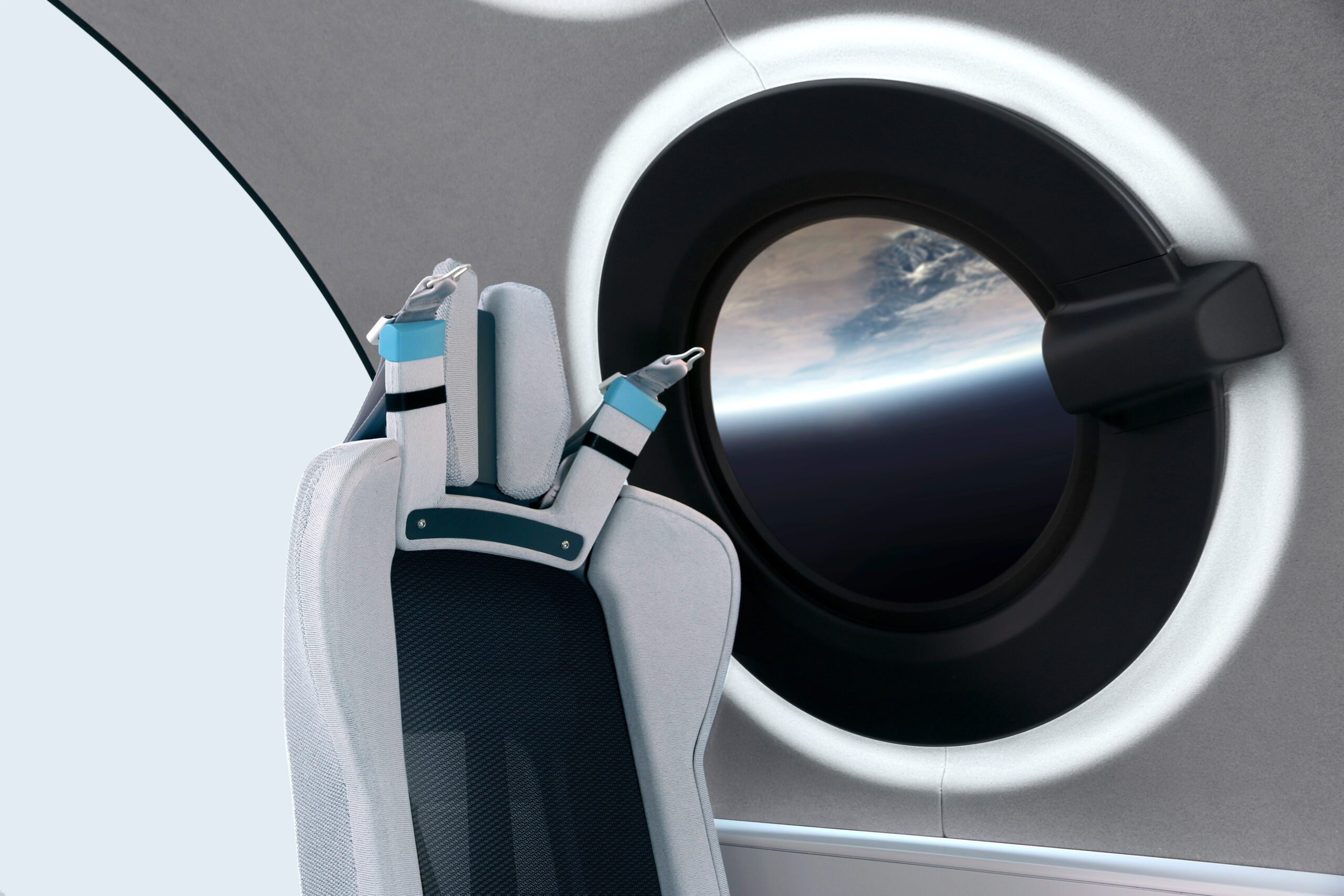 Virgin Galactic’s current community of 600 Future Astronauts has always been clear that having photos and videos of their spaceflight experience to share, is of paramount importance. The output from 16 cabin cameras, therefore, plus those in the cockpit and mounted externally, will generate high-definition images for the Instagram posts and personal movies.

There will also be a large, circular mirror on the aft bulkhead which, by adding a tint to the reflective surface, allows astronauts to view themselves weightless, while illuminated by the natural brightness of the Earth. 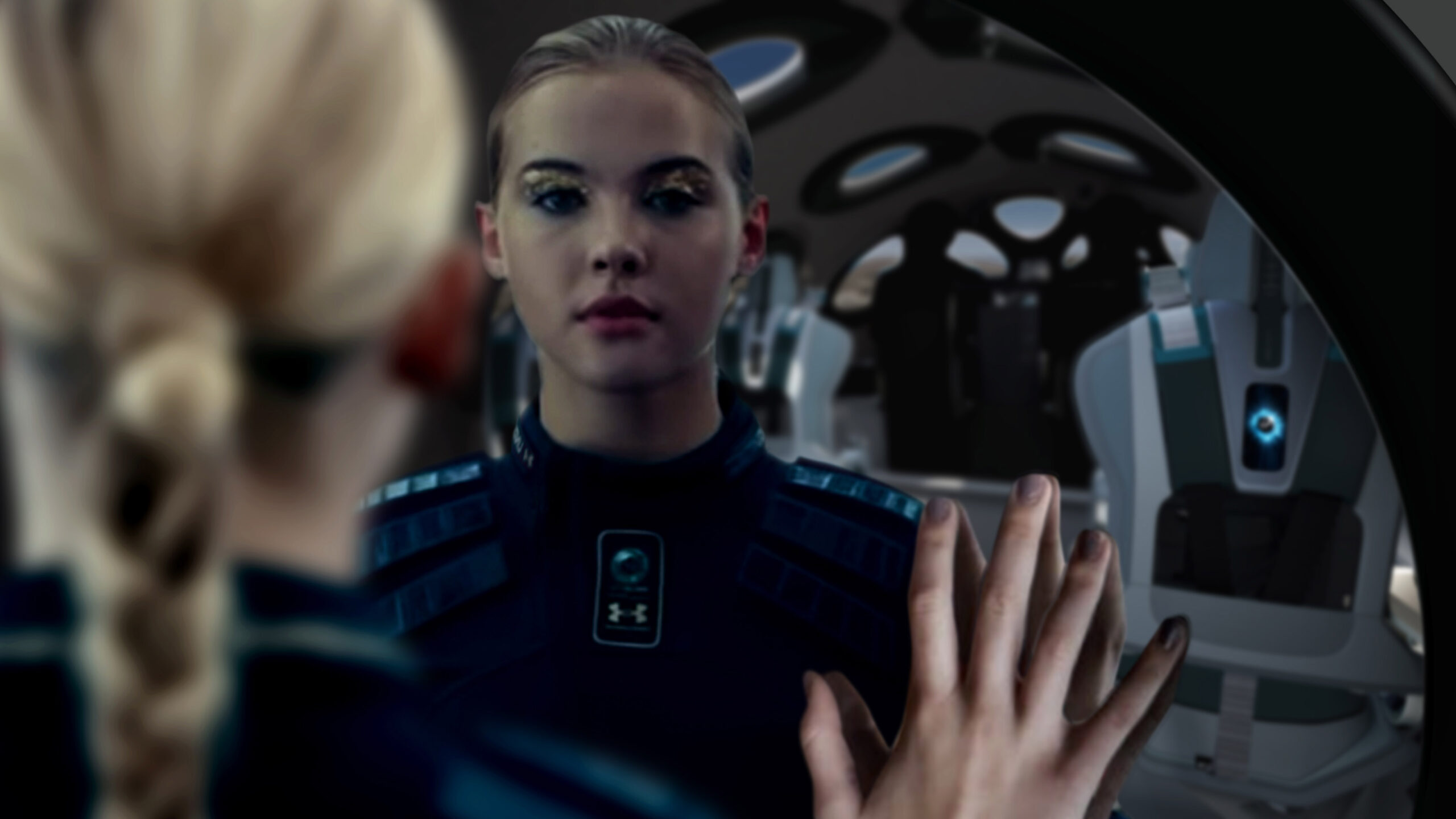 Michael Colglazier, CEO of Virgin Galactic, says: “In just my second week as Virgin Galactic’s CEO, it is with great pride that I can lead our talented teams in revealing this latest milestone in our journey to space. The spaceship cabin interior is in many ways the design centrepiece of the astronaut journey and what has been created will both facilitate and elevate a uniquely profound and transformational journey for the thousands who will fly.

“The fascination with spaceflight is universal and Virgin Galactic is here to satisfy it. We are particularly proud to be able to share this latest milestone with millions around the world, particularly during these unusual times. We hope the new app, with cutting-edge AR technology will help bring the dream of space one step closer for space enthusiasts everywhere.” 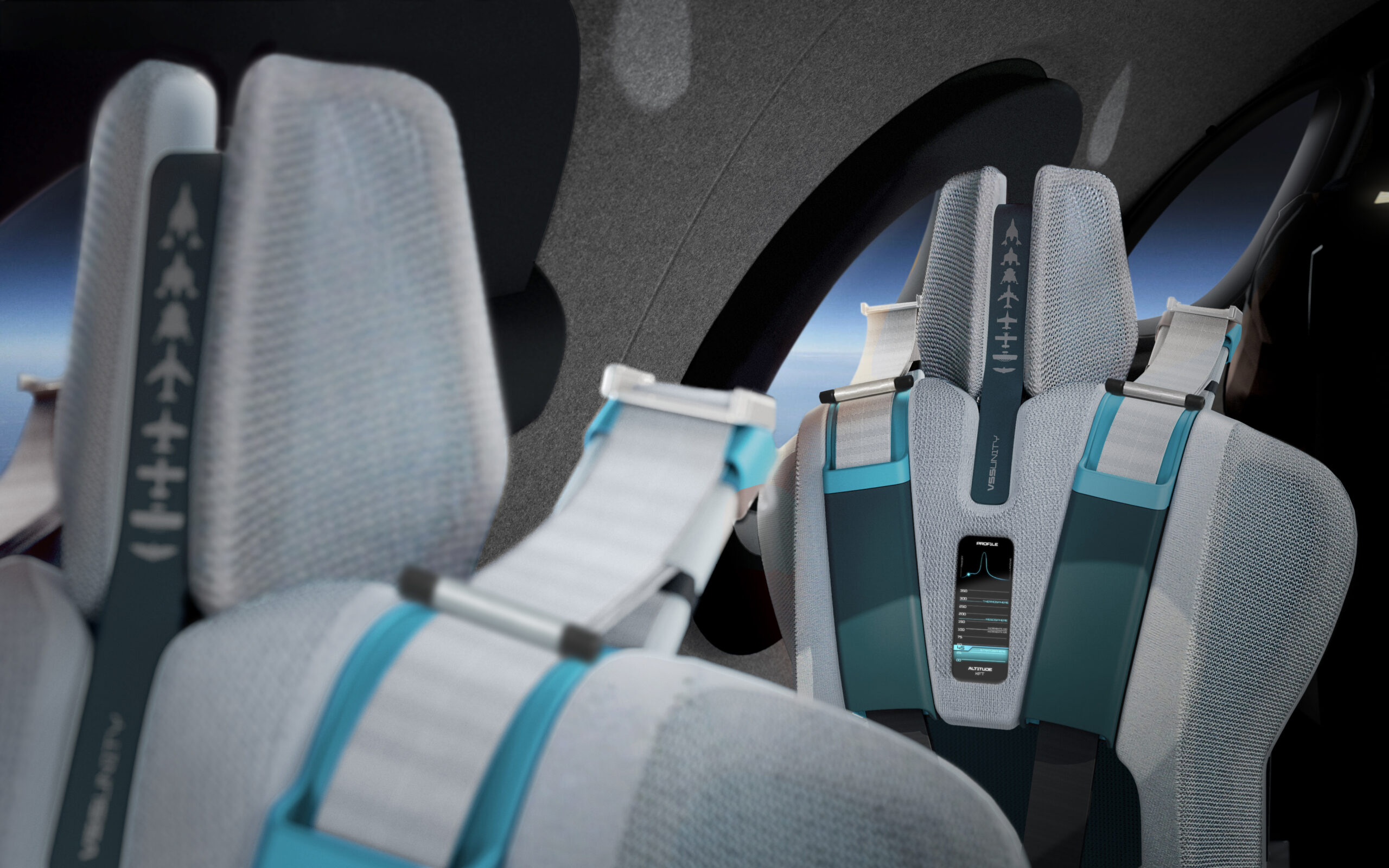 Richard Branson, founder of Virgin Group, says: ‘’When we created Virgin Galactic, we started with what we believed would be an optimal customer experience and then built the spaceship around it. We will continue with that ethos as we expand our fleet, build our operations and underpin Virgin Galactic’s position as the Spaceline for Earth.

“This cabin has been designed specifically to allow thousands of people like you and me to achieve the dream of spaceflight safely – and that is incredibly exciting.’’

Those interested can also explore the Virgin Galactic cabin and spaceflight experience through an augmented reality mobile app that is available to download for free at both the App Store and Play Store.