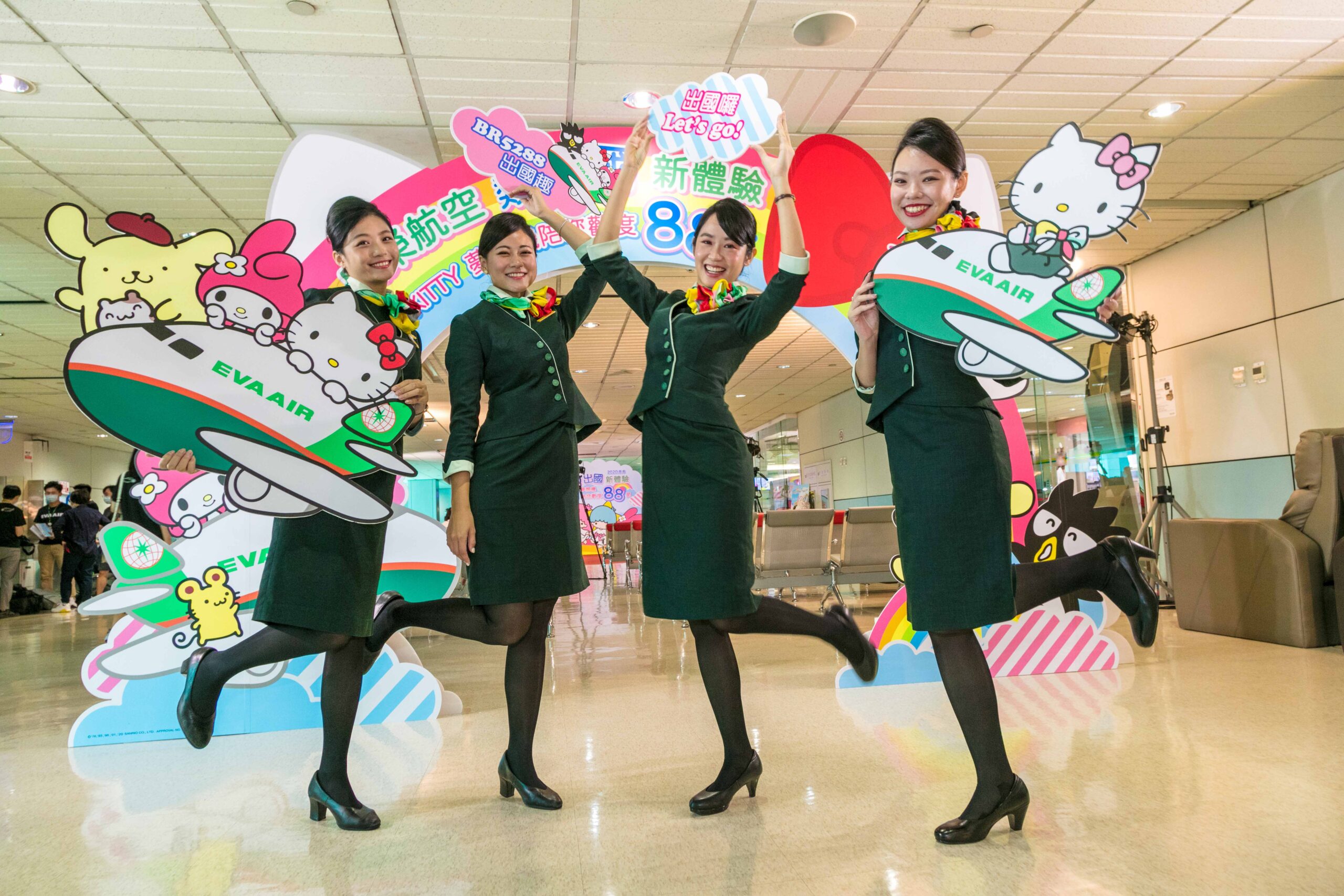 In a bid to make up for lost revenue, airlines in Taiwan are operating sightseeing flights, or “flights to nowhere”.

International passenger numbers have dropped during Covid-19 and being a small nation, Taiwan has limited domestic traffic to fall back on. Instead, Eva Air and China Airlines are experimenting with new ways to attract customers while its borders have been closed.

The Taiwanese airlines have invented flights offering interesting passenger experiences. Flights take off from Taipei’s Taoyuan International airport, circle over the country, and then land back in the capital. 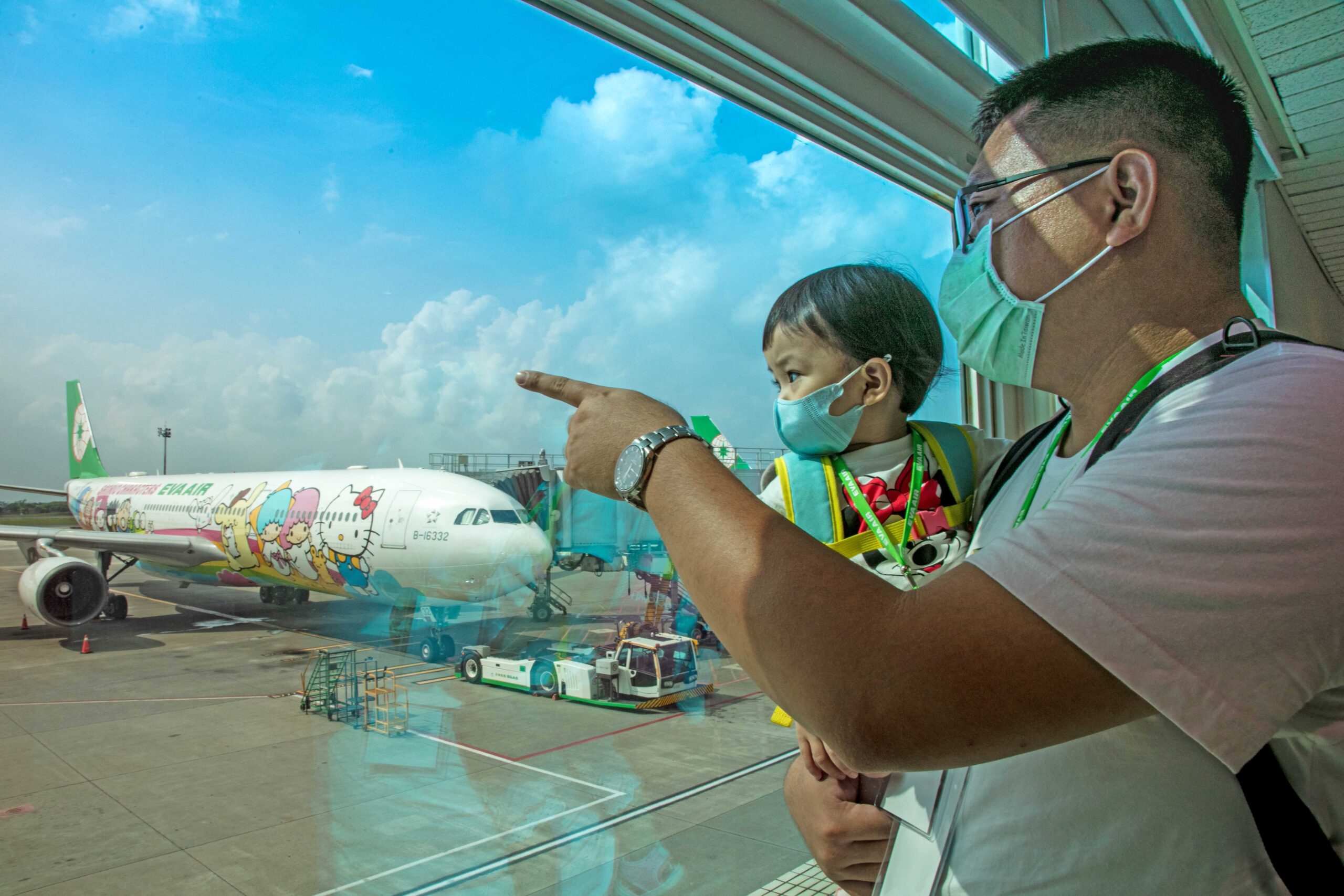 The experience began at check-in, where passengers could enjoy a photo opportunity. After security, they spent time in the Eva Air Hello Kitty Joyful Dream Lounge, where they could take photos with a costumed Hello Kitty and her friends. 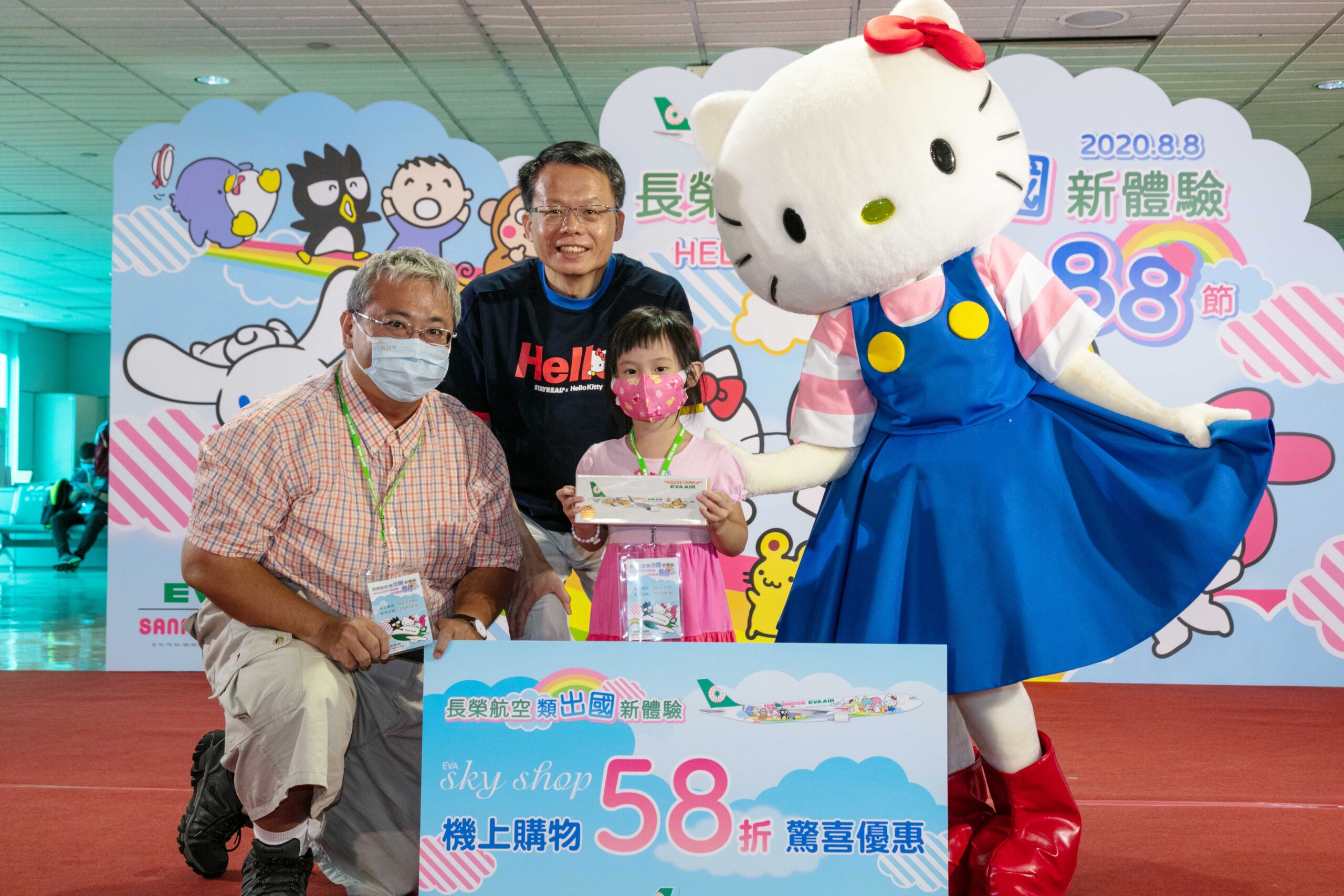 During the flight – operated by an Airbus A330-300 with a Hello Kitty fuselage – customers received Hello Kitty-themed in-flight amenities, gift bags and meals created by three-Michelin-star chef Motokazu Nakamura.

An economy class ticket cost TWD5,288 (US$180) but passengers could also choose to upgrade their seats to business class for an additional TWD1,000 (US$34). 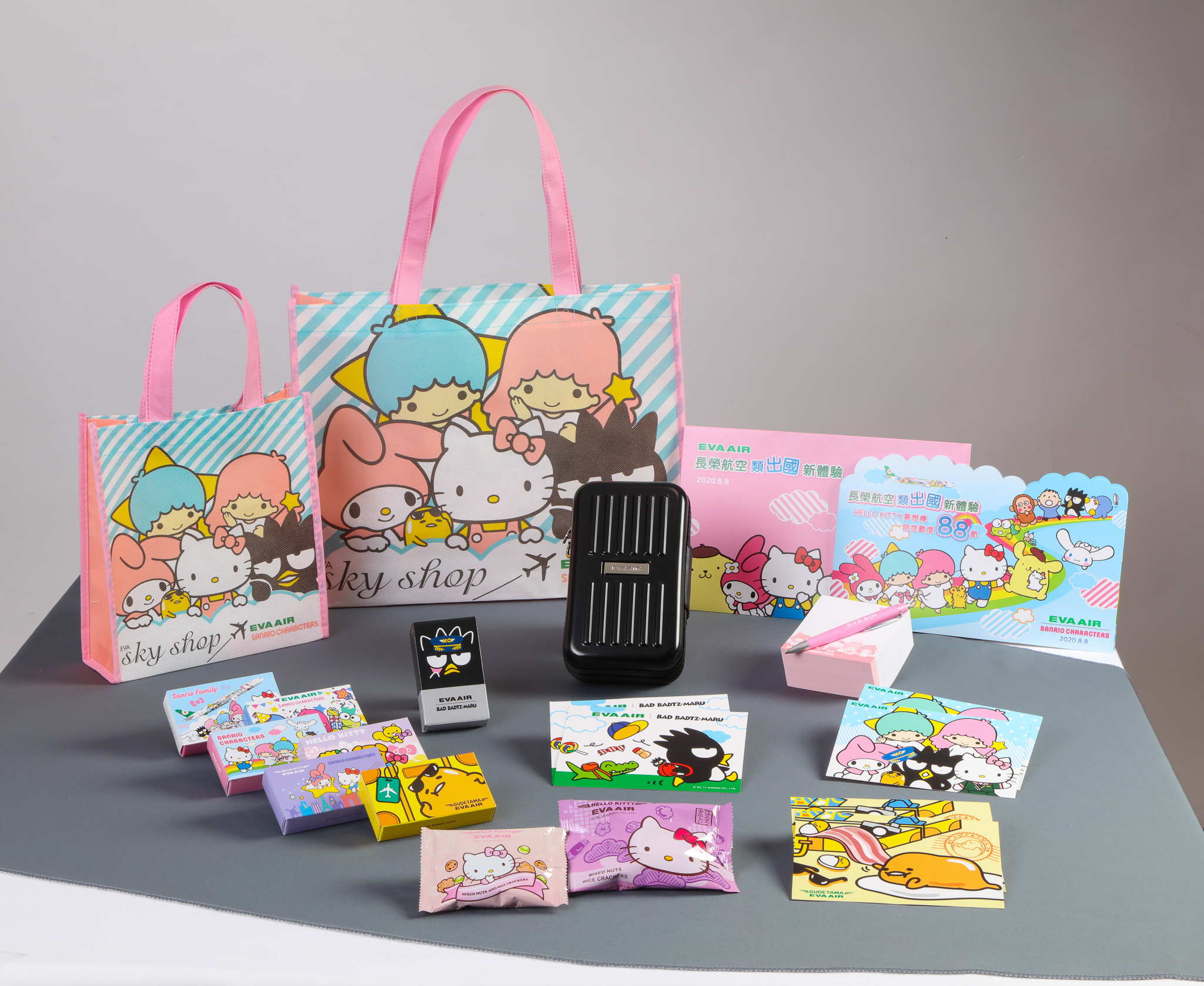 The journey lasted two hours and 45 minutes in total, passing over Taiwan’s Yangming Mountain and Bee-toe Cape Lighthouse to the north.

The aircraft also flew over Japan’s Ryukyu Islands, then along Taiwan’s eastern and southern coasts, passing natural landmarks along the way. The flight returned to Taipei along the same route so passengers seated on both sides of the plane could enjoy the views. 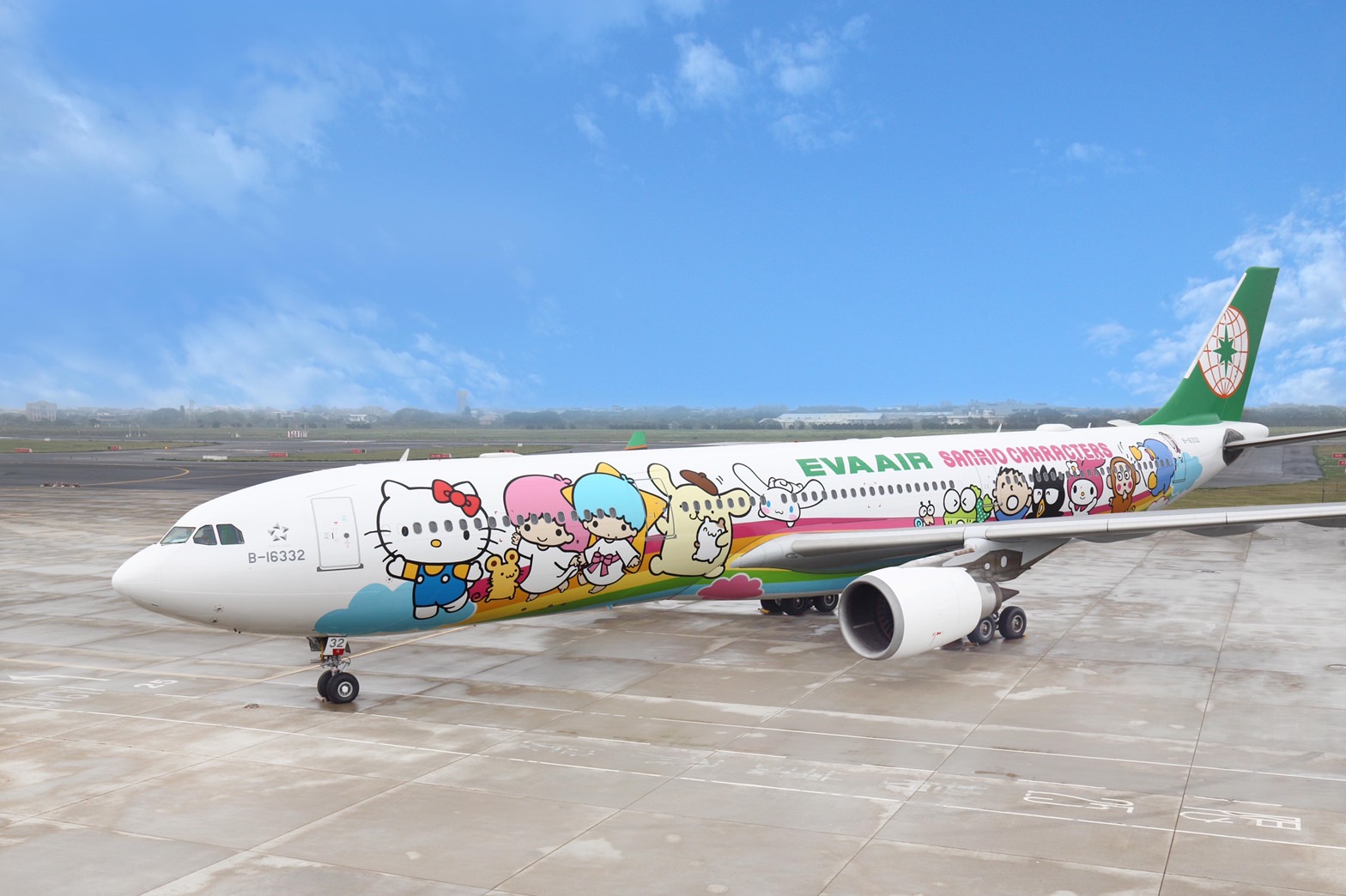 Addressing the passengers on the Fathers’ Day flight, Eva Air’s president, Clay Sun, said: “The support you have given for this special Taipei-to-Taipei flight experience not only shows travellers’ desire to fly but also encourages airlines to sustain flight services through Covid-19 lockdowns and difficulties.

“We look forward to resuming operations and services so our passengers can once again fly with confidence and relish the joys of travelling abroad.”

Meanwhile, China Airlines created flight attendant lessons for children. Parents were seated in a mock airline cabin and served by their kids, who were dressed in China Airlines uniforms.

Passengers then enjoyed a 2.5-hour Taipei-Taipei flight, which followed a similar route as Eva Air’s “flight to nowhere”.

Taiwan’s borders have been closed to international travellers since March, but from September 8, the country will reopen them to long-term residents and expats from certain nations, including Japan.