5 top emerging tourist destinations: why your next trip could be to Iran 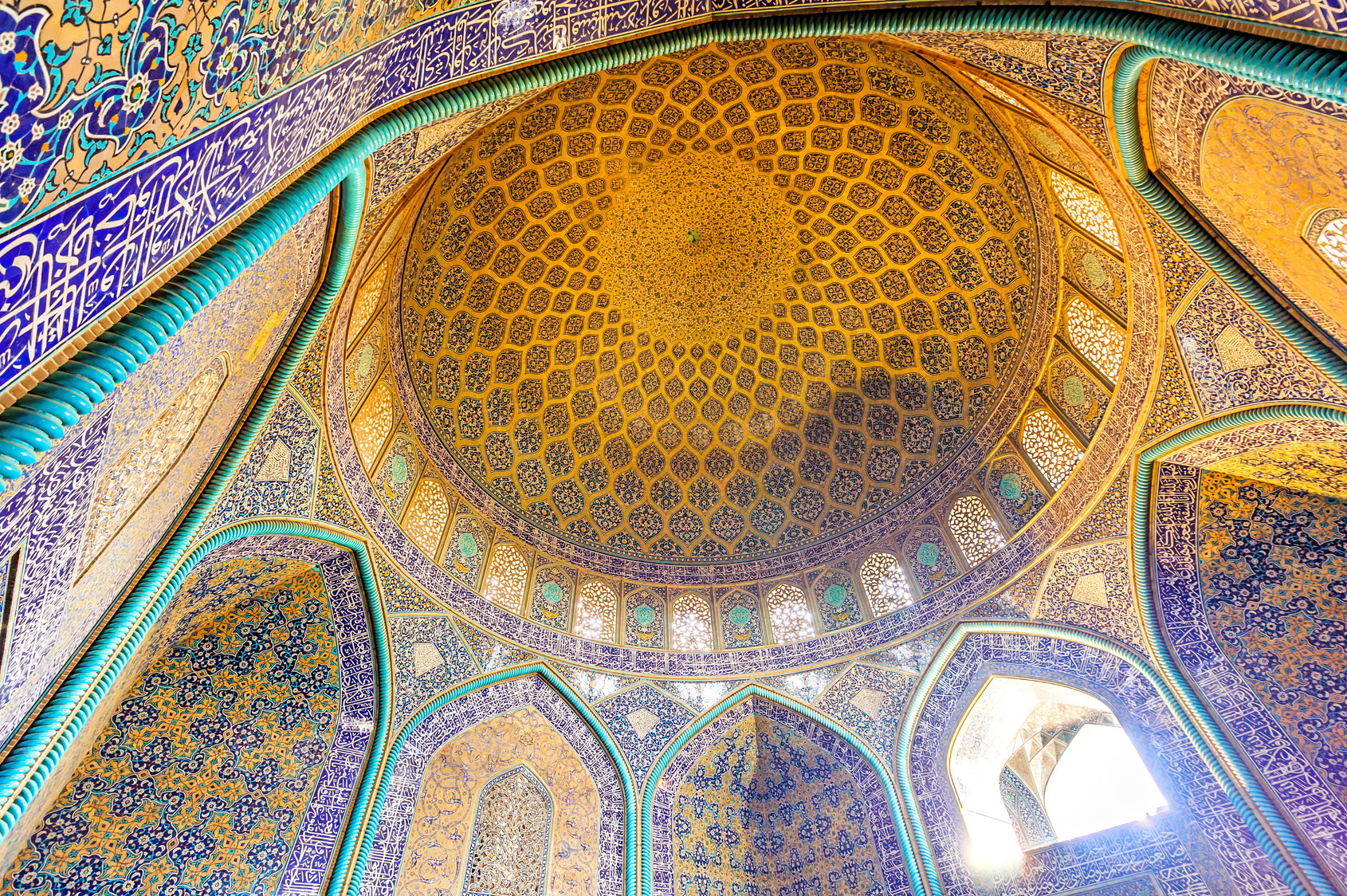 Jack Southan reveals five emerging tourist destinations, the reasons for their appeal and why they are opening up to Westerners.

After decades of accessible global travel, you could be forgiven for thinking the world was pretty much explored to its limits, its tourist routes mapped out thoroughly.

But this isn’t the case – if you want to find a destination that hasn’t been overrun with freshman backpackers or towering beach-side resorts, there are plenty of destinations that have proved unsafe or uninviting in the past but are now opening up.

Below we have compiled a list of five of the top emerging tourist destinations around the planet, which will be huge by 2020. 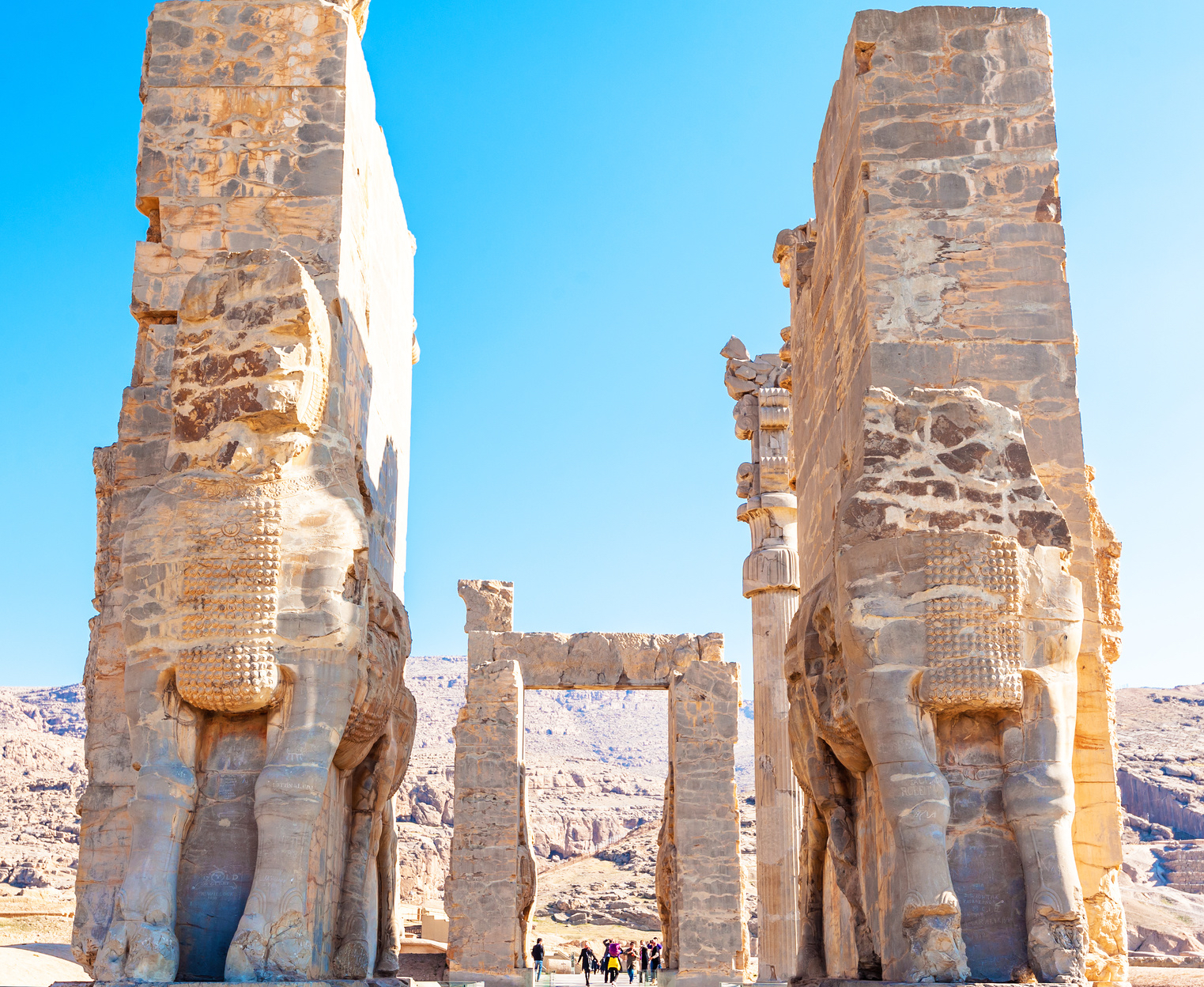 Since the 2013 election of President Hassan Rouhani, tourism in Iran has been on the up. Determined to move away from the ultra-conservative, hardline style adopted by Ahmadinejad, the country is becoming more welcoming of visitors (usually as part of tour groups) from overseas.

This is being helped by the lifting of economic sanctions, the signing of a nuclear deal in Vienna and hotel development. The World Travel and Tourism Council has forecasted an increase of 6.6 per cent by the end of this year on 2014 figures for Iran’s tourism industry. Visas applications are also being made easier.

Top tourism official Masoud Soltanifar believes these figures will increase further in the coming years. He was reported last autumn as saying: “Tourism from Europe has grown 200 per cent, thanks to fewer restrictions at [international] embassies, especially in Germany.”

Iran has 19 UNESCO-registered World Heritage Sites, and plans to host 20 million tourists a year by 2025. This would generate an estimated US$30 billion in revenues.

An article in The Guardian reads: “Iran, which was a Zoroastrian country before Islam arrived, is home to some of the world’s most magnificent historical and archaeological sites with ancient ruins, glittering mosques and spectacular landscapes.

“Relics of a proud ancient civilisation include: Persepolis, the capital of the largest empire that the world has ever seen; the city of Isfahan; Shiraz, the city of love and poetry; and Hamadan, where Avicenna, the father of early modern medicine, is buried. The capital Tehran is famous for having ski resorts on its doorstep.”

Security in the country has been a huge factor for the low number of European tourists in the past. But with the British embassy in Tehran reopening last month (August 23, 2015) after four years of closure, and the Foreign and Commonwealth Office declaring most districts of Iran safe for travel, times are changing for the better. 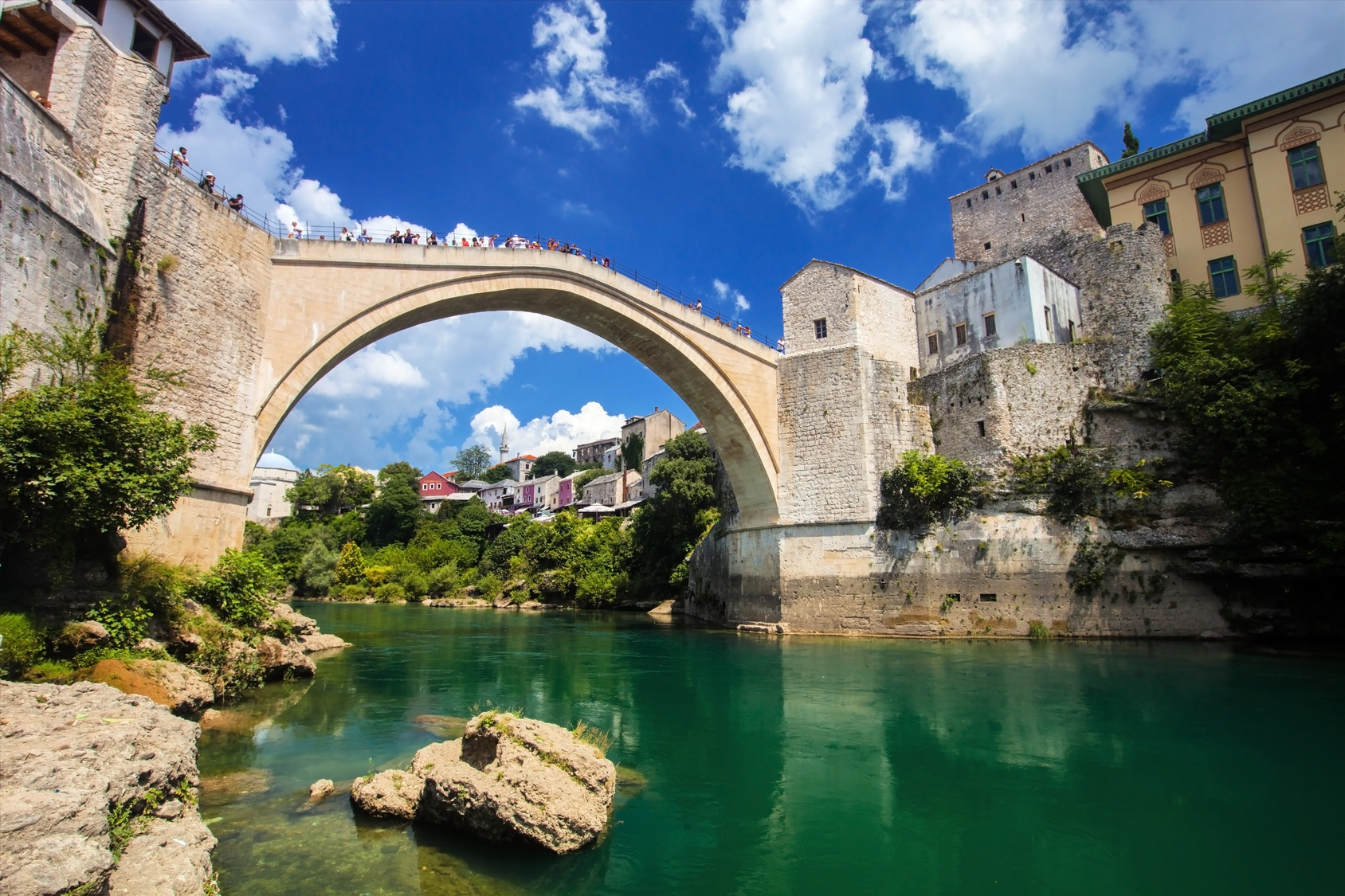 As a country striving to throw off its shadow of a hard and brutal history, Bosnia-Herzegovina has been a destination widely ignored by the travelling community. But year by year, this country has evolved into what will soon become a booming tourist destination.

Estimates made by the World Tourism Organisation suggest that Bosnia-Herzegovina will have the third-highest tourism growth rate in the world by 2020.

This is no surprise considering its dramatic landscape and vast potential for adventure. It is well set up for outdoor adrenaline sports such as white-water rafting, mountain biking, skiing, climbing and hiking. With sights ranging from vast iridescent lakes and turquoise rivers, to cavernous ravines and ancient forests, it has the potential to satiate even the most expectant traveller.

In its 2013 Travel and Tourism Competitiveness Report, the World Economic Forum described B-H as being the eighth-friendliest nation on Earth towards international visitors. This, combined with the huge potential for excitement, puts it firmly on the list of must-sees. 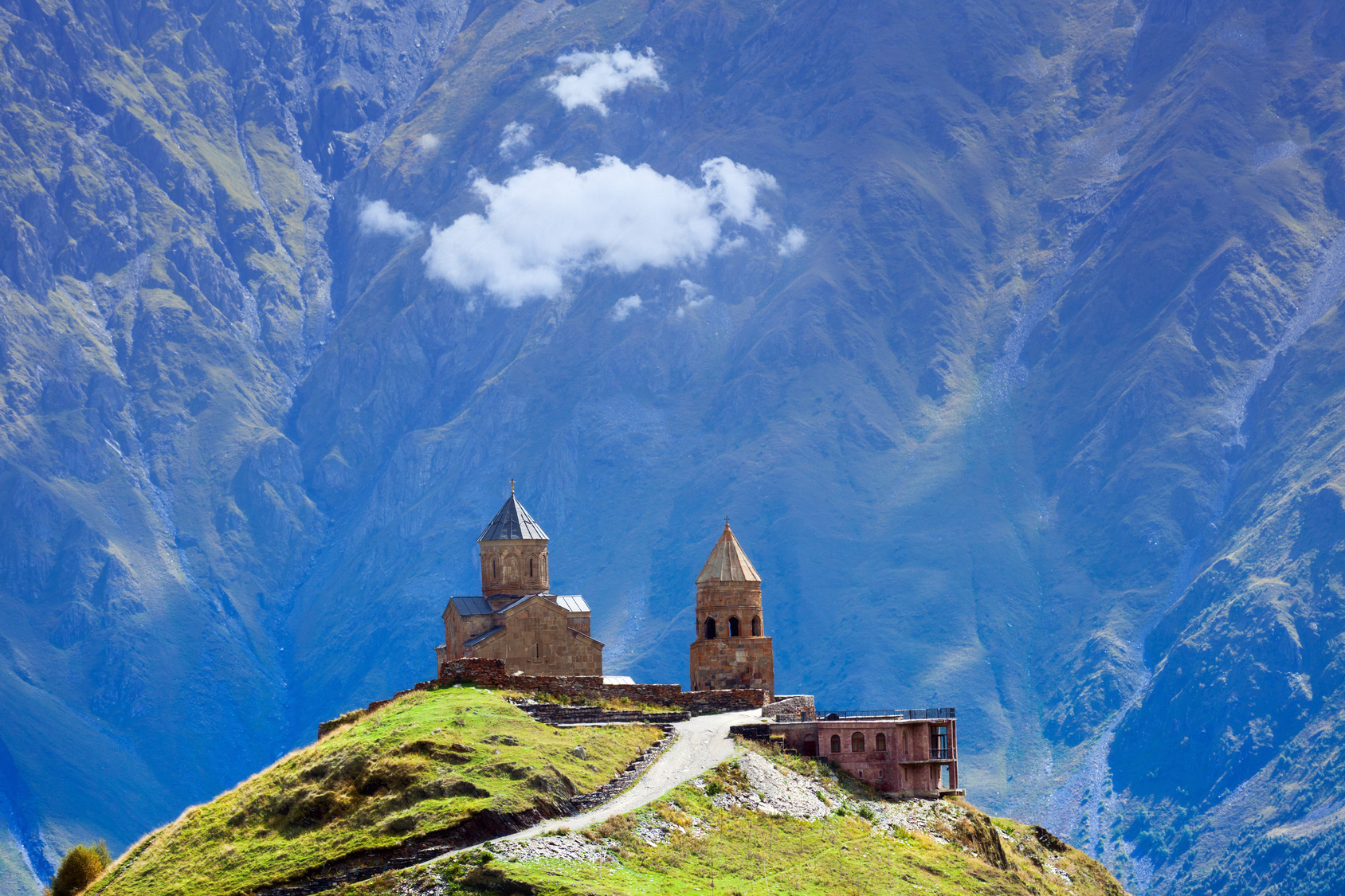 In 2007, Georgia’s real GDP growth rate was marked as one of the fastest growing in the world, at 12 per cent. And with each year since, the economy has expanded, bringing with it a sharp increase in tourism.

According to the Georgian National Tourism Administration, between 2011 and 2012 there was a 56 per cent increase (to 4.4 million) in the number of people visiting the country. In 2013 it received 5.5 million tourists.

With numerous UNESCO World Heritage Sites such as the 12th-century Gelati Monastery and the isolated medieval villages of Upper Svaneti, a stunning Caucasus landscape dotted with more than 12,000 historically significant monuments, and staggering mountain vistas at every turn, this is a country destined to fill the void in the heart of every explorer. 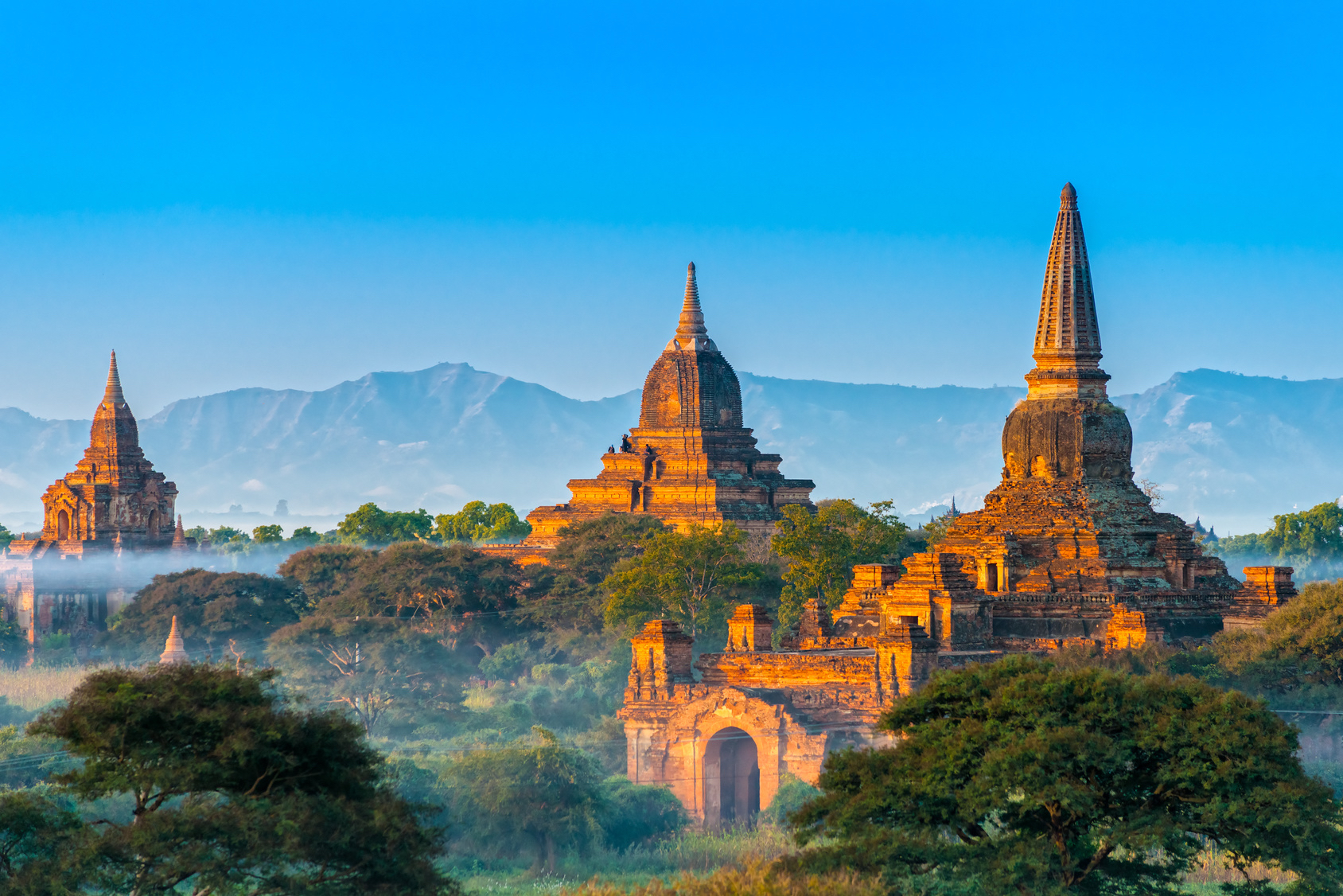 Formerly known as Burma, Myanmar has had a turbulent history of war and oppression, and has only recently opened its doors to the outside world after decades of forced isolation.

In 2012 the military junta finally passed on ruling power to a quasi-civilian government. This year, November 8 will see a landmark democratic general election in that it is expected to be the fairest and freest vote since 1990, when Aung San Suu Kyi’s National League for Democracy won (at the time, the military junta refused to acknowledge her victory, however).

Tourism has been gathering momentum in the past three years. Before 2012 there were very few visitors to the country, but by the end of 2013 there had been over two million. This year five million are expected.

Seeing the potential – and with rapid expansion of its tourism economy – the government created the “Tourism Master Plan”, which reports a target of 7.5 million arrivals by 2020.

Much of South East Asia has been engulfed by foreigners, its jungles merely settings for UV parties and its beaches for fire spinning and alcohol buckets, but Myanmar remains largely undiscovered, and is essentially one of the last bastions of the true Eastern experience. Get it while you can. 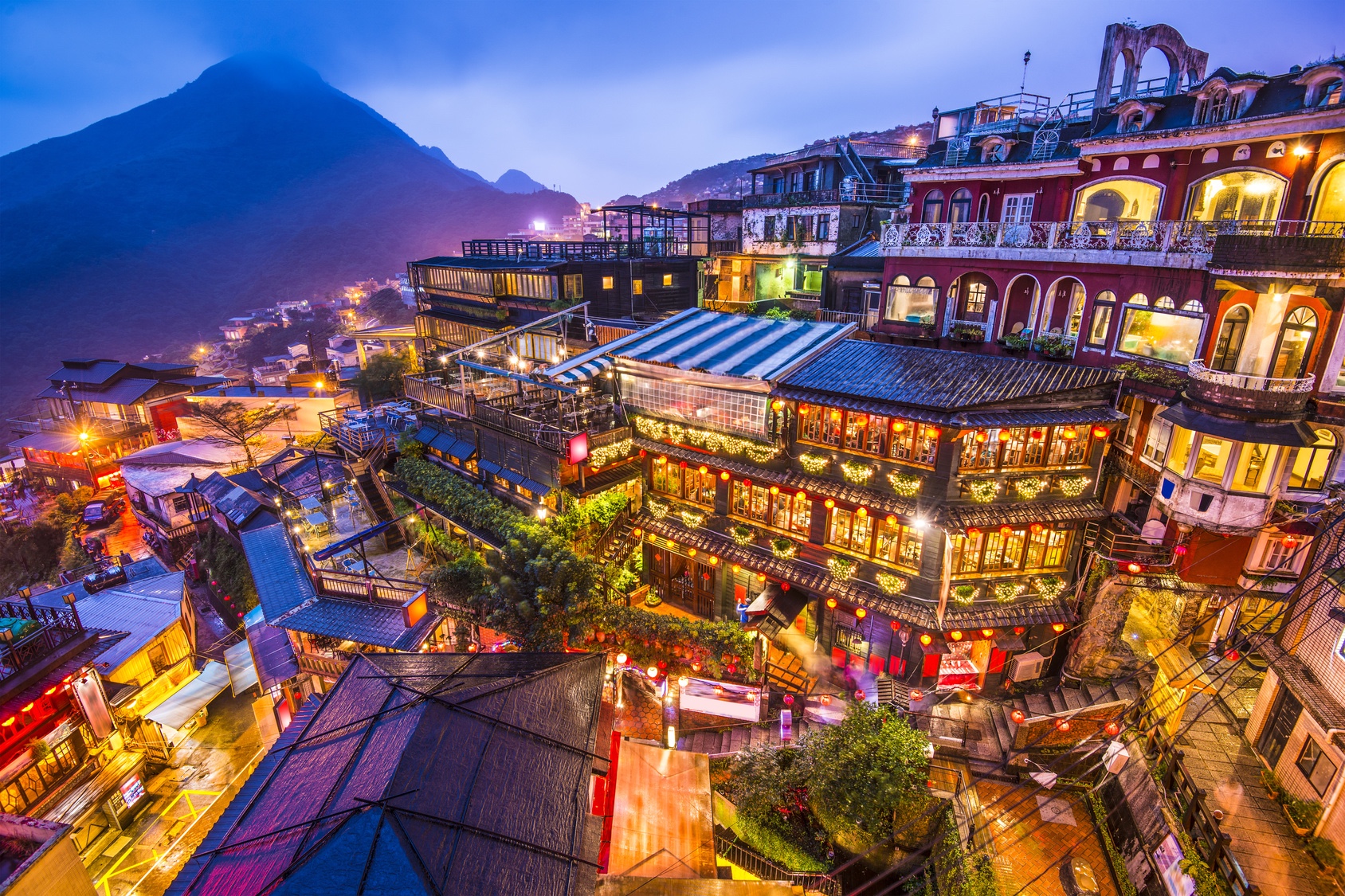 Since Taiwan began governing itself as a sovereign state (officially the Republic of China since 1945, before which it was under the Japanese), it has become one of the richest countries in the world.

Taiwan is also one of the most densely populated places on Earth (it’s 23 million people occupy just 36,000 sq km), yet travellers from the West have typically made up less that 5 per cent of its ten million tourists a year. The majority of these are from China, Hong Kong and Japan.

However, the industry continues to flourish, with annual tourism growth of 24 per cent, as reported by the World Bank last year. What’s more, interest from countries such as the UK and US is rising.

According to roughguides.com: “It has sensational food, traditional Chinese and aboriginal festivals and exuberant temples, yet the biggest surprise is Taiwan’s hinterland: think towering mountains, eight national parks, a selection of alluring offshore islands and numerous hot-spring resorts.

“One of the most endearing things about the island is the overwhelming friendliness of its people – Taiwan is one of the most welcoming countries in the world, and you are bound to encounter numerous acts of generosity or kindness throughout your travels.”