Mercedes-Benz has revealed Vision AVTR, a new bionic, self-driving, electric concept car that it describes as an ‘extension of your own body’. And there is no steering wheel. Samuel Ballard reports

The AVTR, which stands for Advanced Vehicle Transformation, takes its design cues from the film Avatar, and was revealed by the company’s executives at this year’s Consumer Electronics Show (CES).

Mercedes’ new Vision AVTR concept puts a number of cutting-edge technologies to the test, including 33 “bionic flaps” on the back of the car, which resemble scales on the creatures of Pandora in James Cameron’s blockbuster movie. These flaps feed information back to the driver about the surrounding environment. 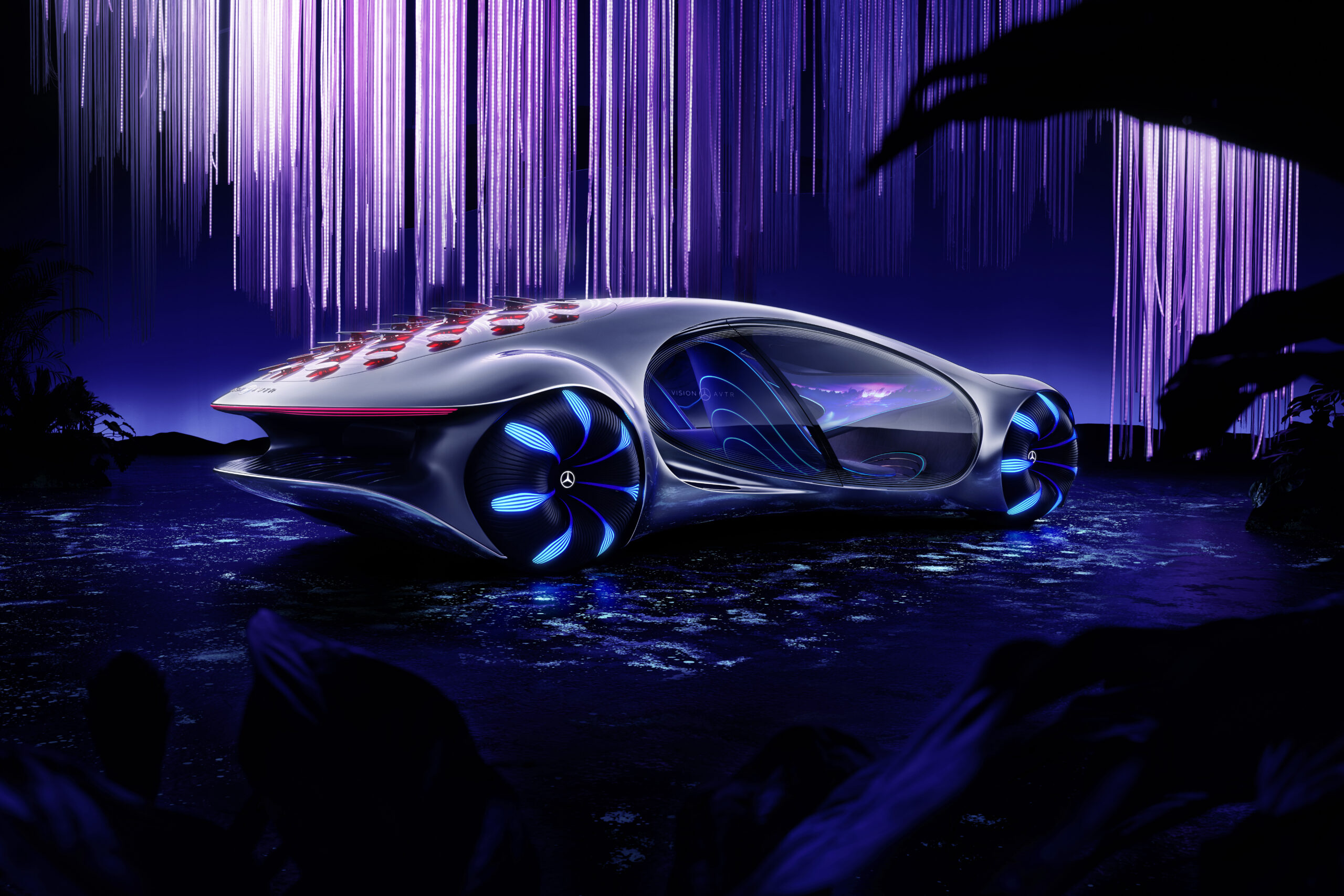 The all-wheel drive car can also be driven sideways by 30 degrees, giving the car a crab like appearance.

Arguably the most Avatar-like aspect of the car, however, is how the driver and car “merge”. There is no traditional steering wheel or gear stick – instead a control unit, described as a “multifunctional (polyvalent) interface”, allows the person in either the passenger or driver’s seat to control the car. 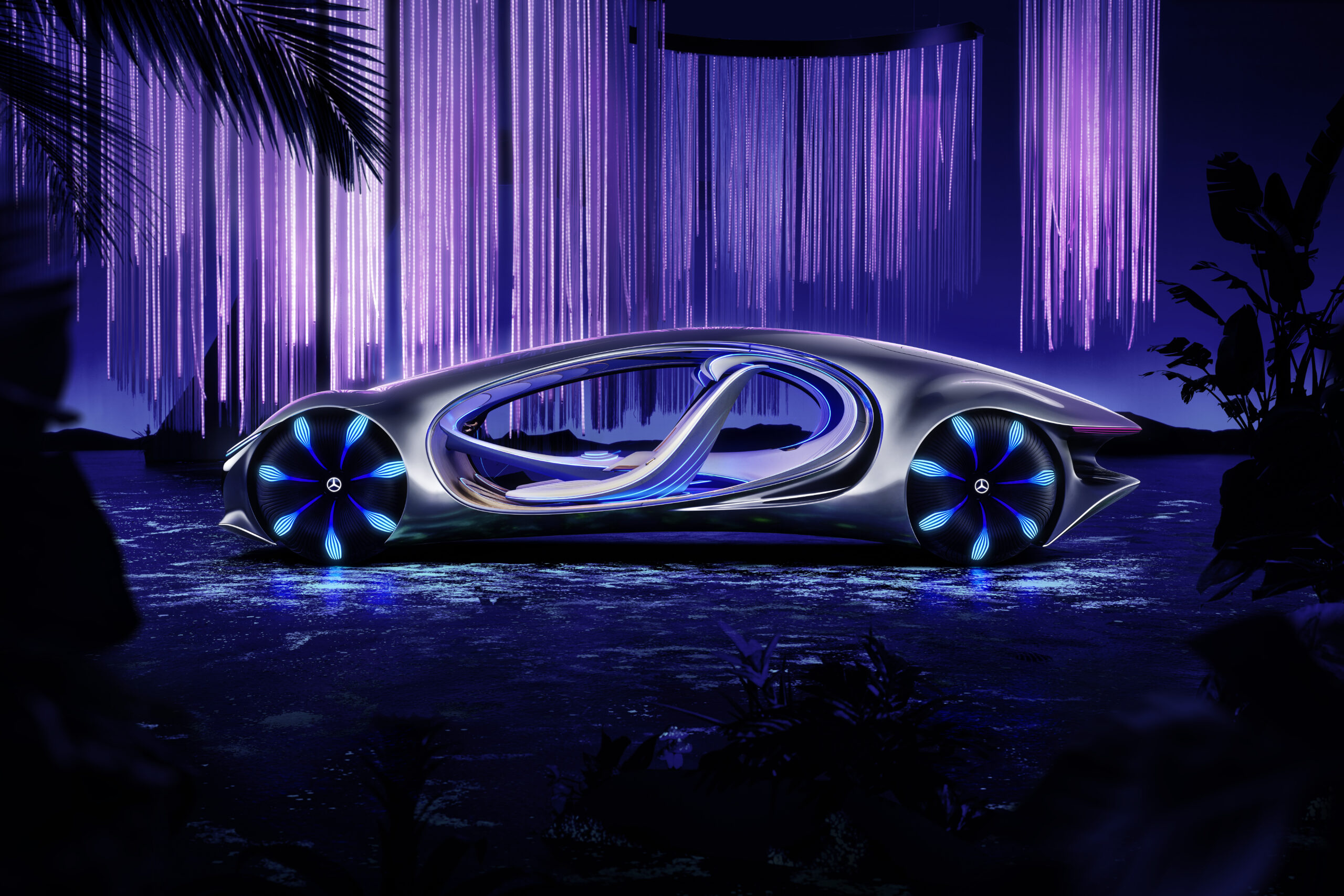 “Neuromorphic hardware” acts as a conduit between the human and the vehicle. For example, by placing a hand on the centre console, the interior comes to life and the vehicle recognises the driver by his or her breathing. 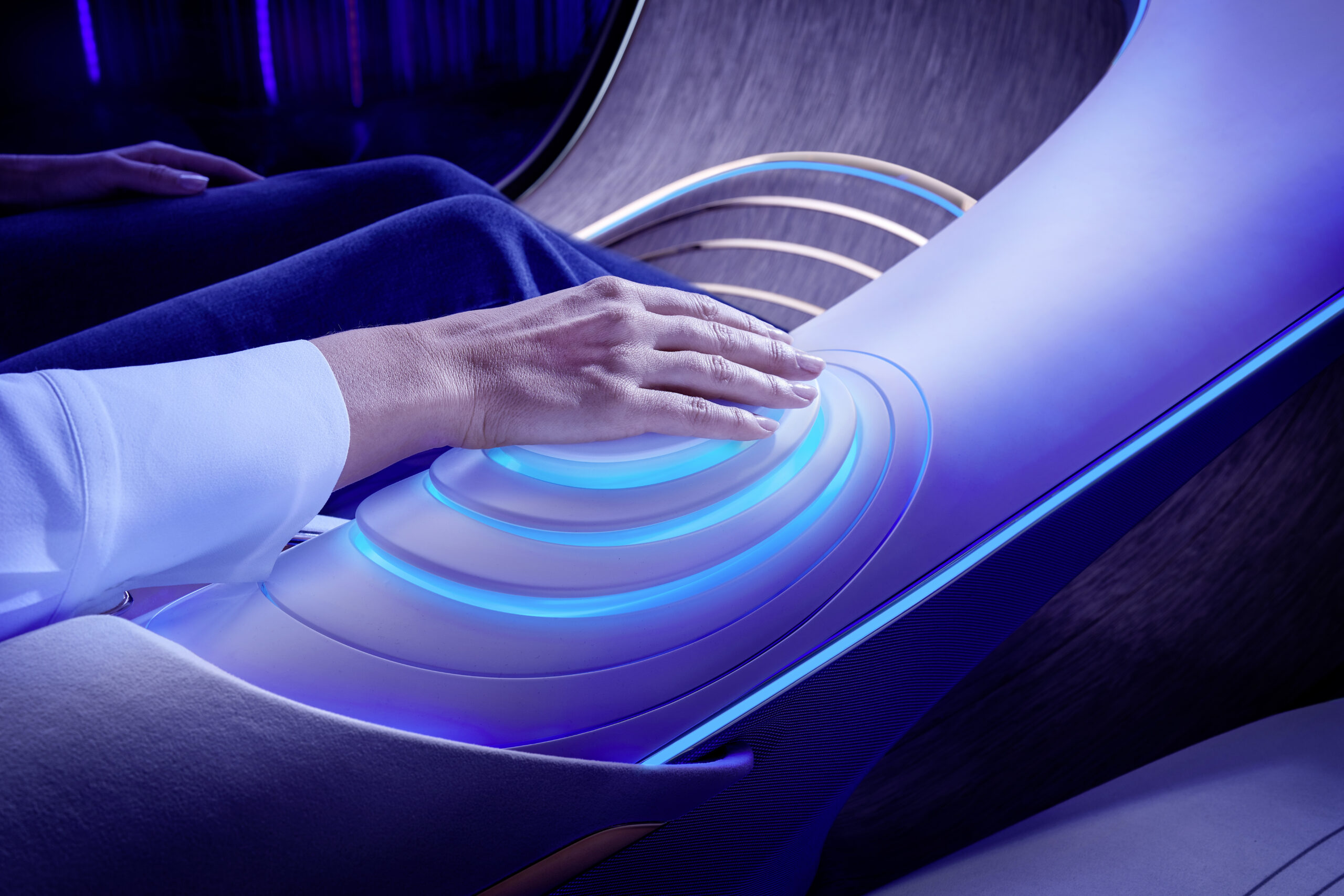 The car has different settings depending on how much control the driver wants – when they raise their hand a menu is projected on to it allowing them to choose. In Comfort mode the car is autonomous (self-driving).

Kind to the environment, the Vision AVTR is an emission-free electric vehicle, with a combined engine power of more than 350 kW, setting “a new benchmark for EQ Power”, and a range of more than 700km. The battery can be fully charged in just 15 minutes. 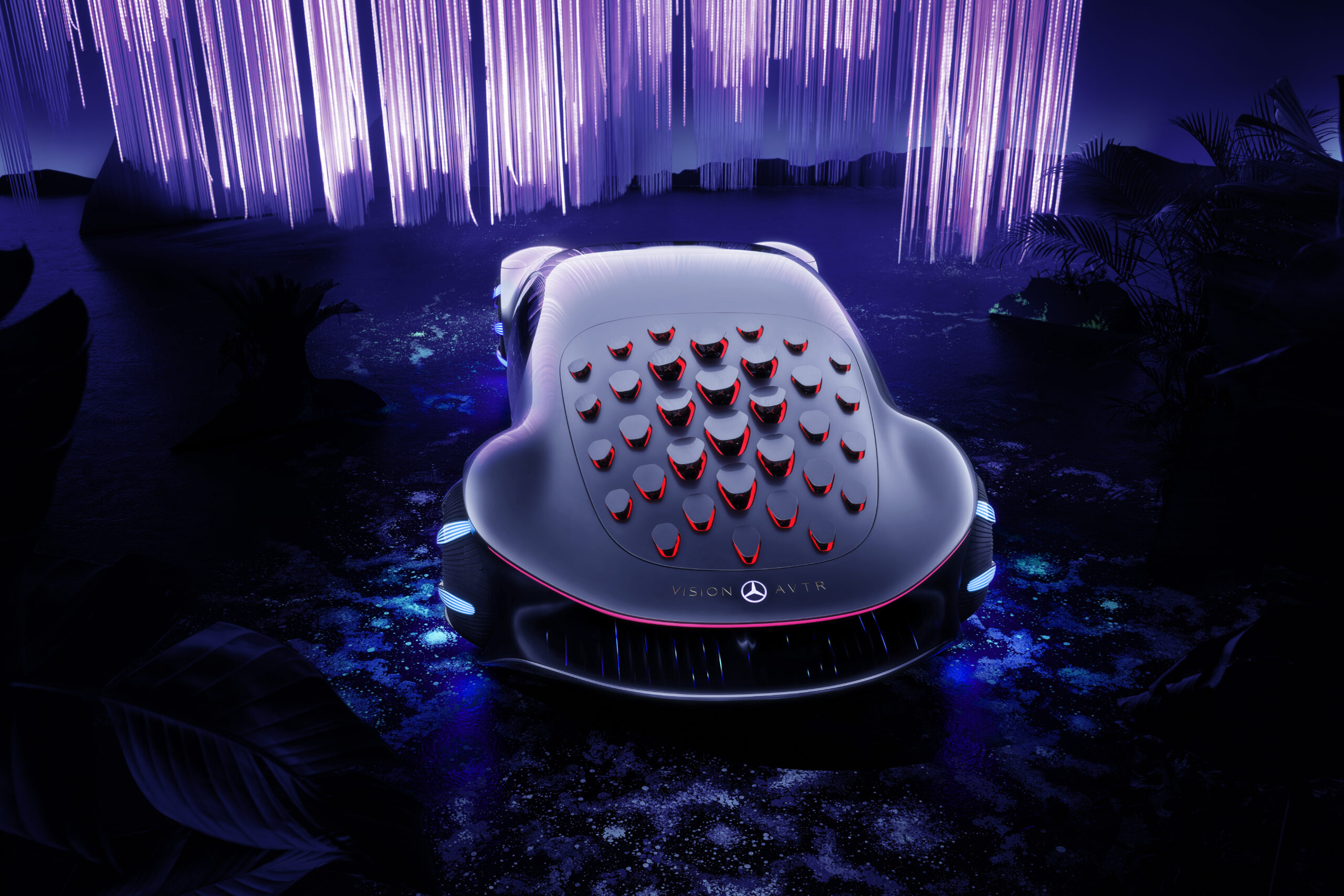 Mercedes-Benz says: “For the first time, the revolutionary battery technology is based on graphene-based organic cell chemistry and thus completely eliminates rare, toxic and expensive earths such as metals. Electromobility, thus becomes independent of fossil resources.” 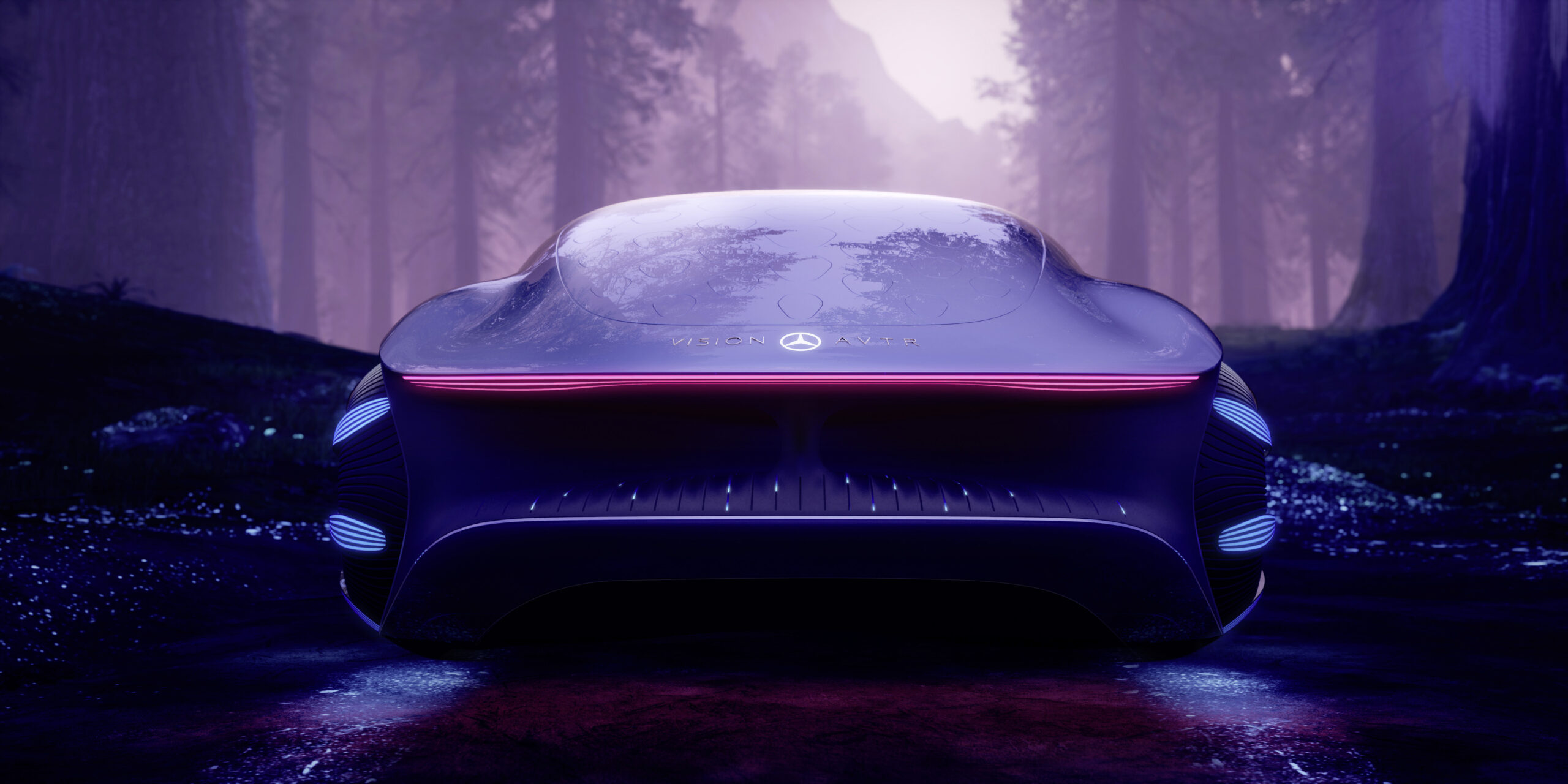 Even more mind-blowing is the curved display module, which replaces a conventional dashboard. Here, the outside world is shown in real-time 3D graphics and, at the same time, shows what is happening on the road. 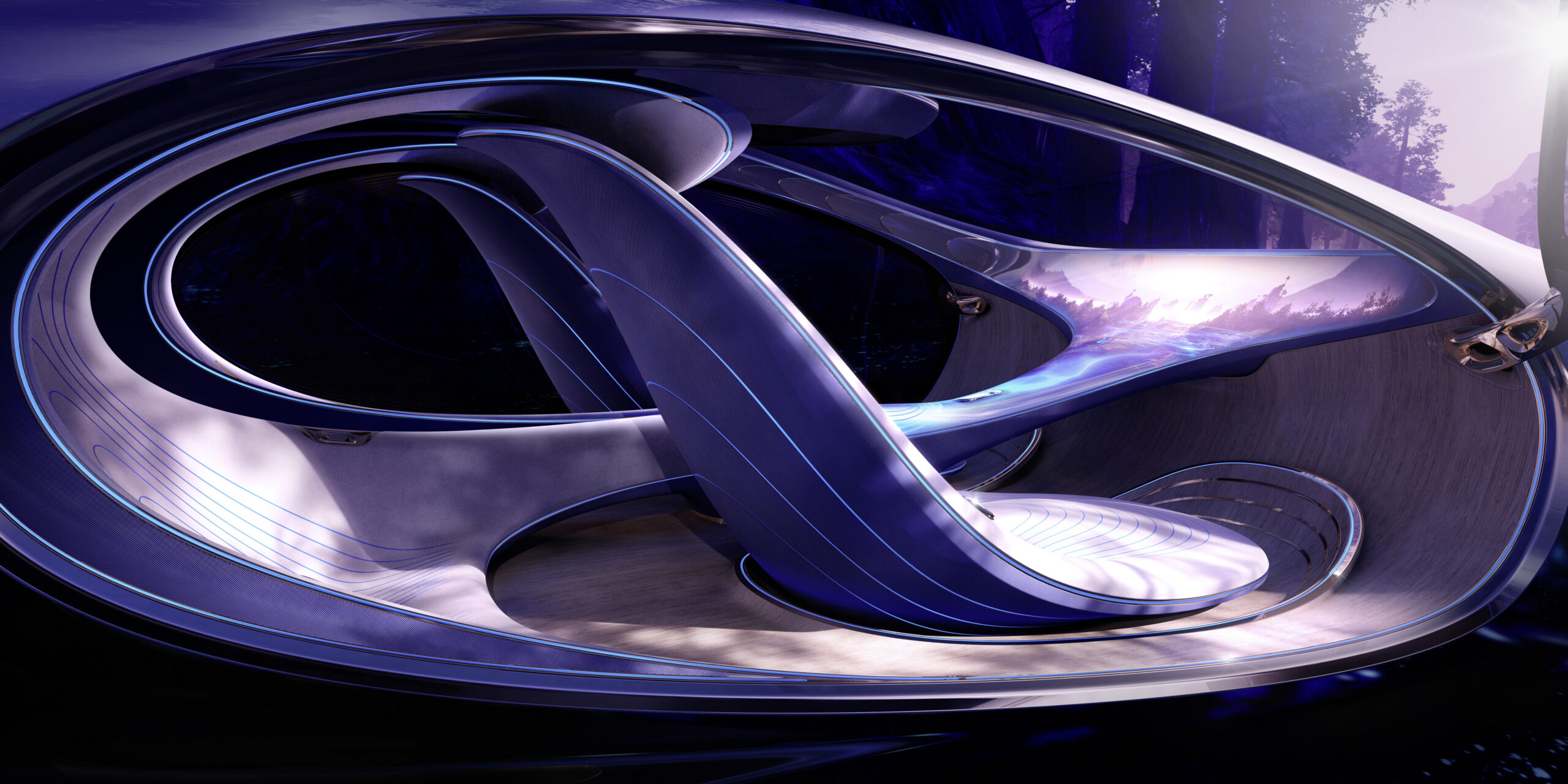 Mercedes-Benz says: “Combined with energy lines, these detailed real-time images bring the interior to life and allow passengers to discover and interact with the environment in a natural way with different views of the outside world. 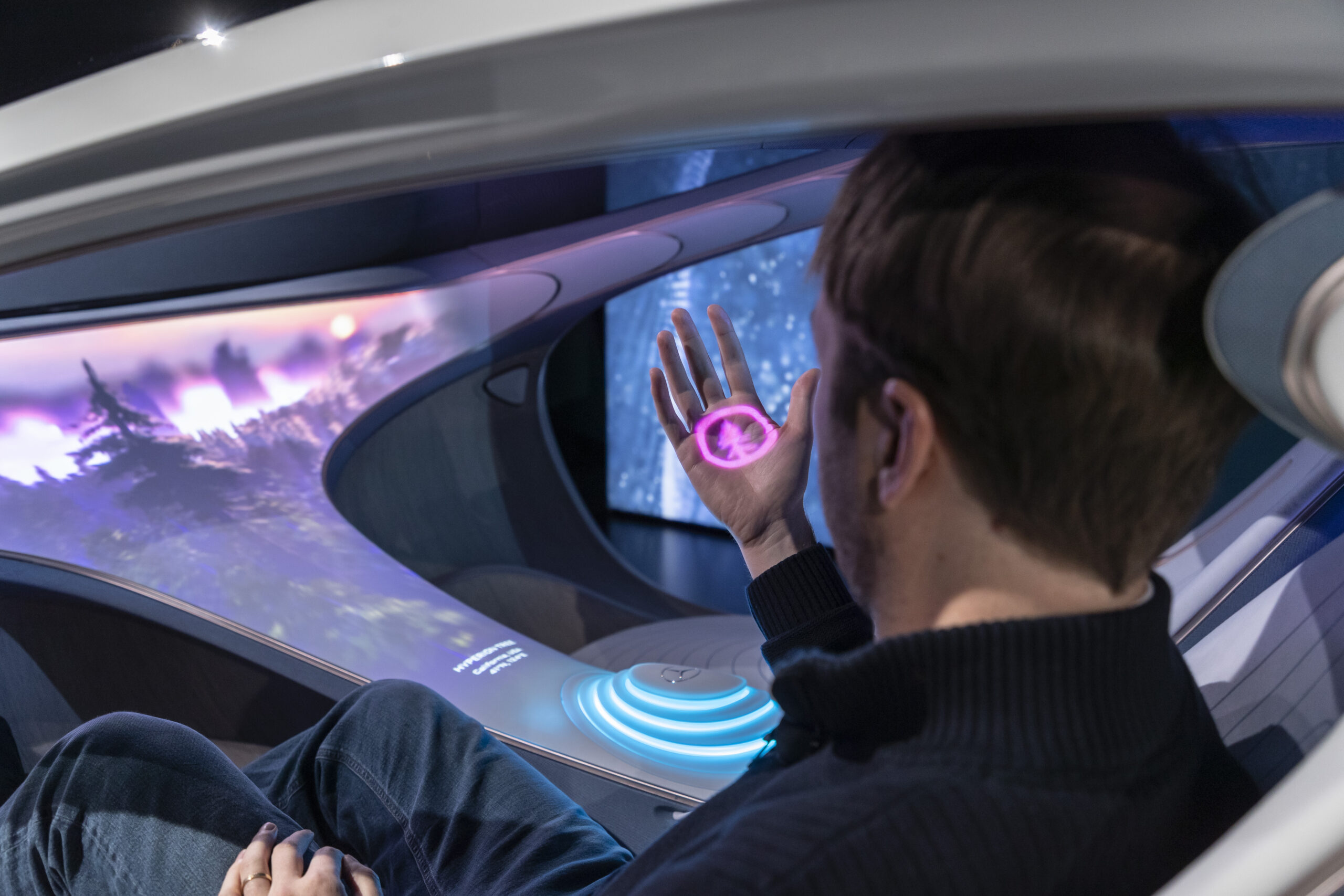 “Three wonders of nature – the Huangshan Mountains of China, the 115-metre-high Hyperion Tree found in the United States and the pink salt Lake Hillier from Australia – can be explored in detail. Passengers become aware of various forces of nature that are not normally visible to the human eye, such as magnetic fields, bioenergy or ultraviolet light.”

During his keynote address at CES in Las Vegas, Ola Källenius, chairman of the board of management at Daimler AG and Mercedes-Benz AG, said: “Where do we take it from here? I guess that’s the core question of every CES.

“And this inner unrest for what’s next is also at the core of our purpose at Mercedes-Benz. Today we would like to show what that means. As a film buff, I spent some time catching up with old and new movies. One of the classics, Back to the Future, predicted we would be traveling in flying cars by now. 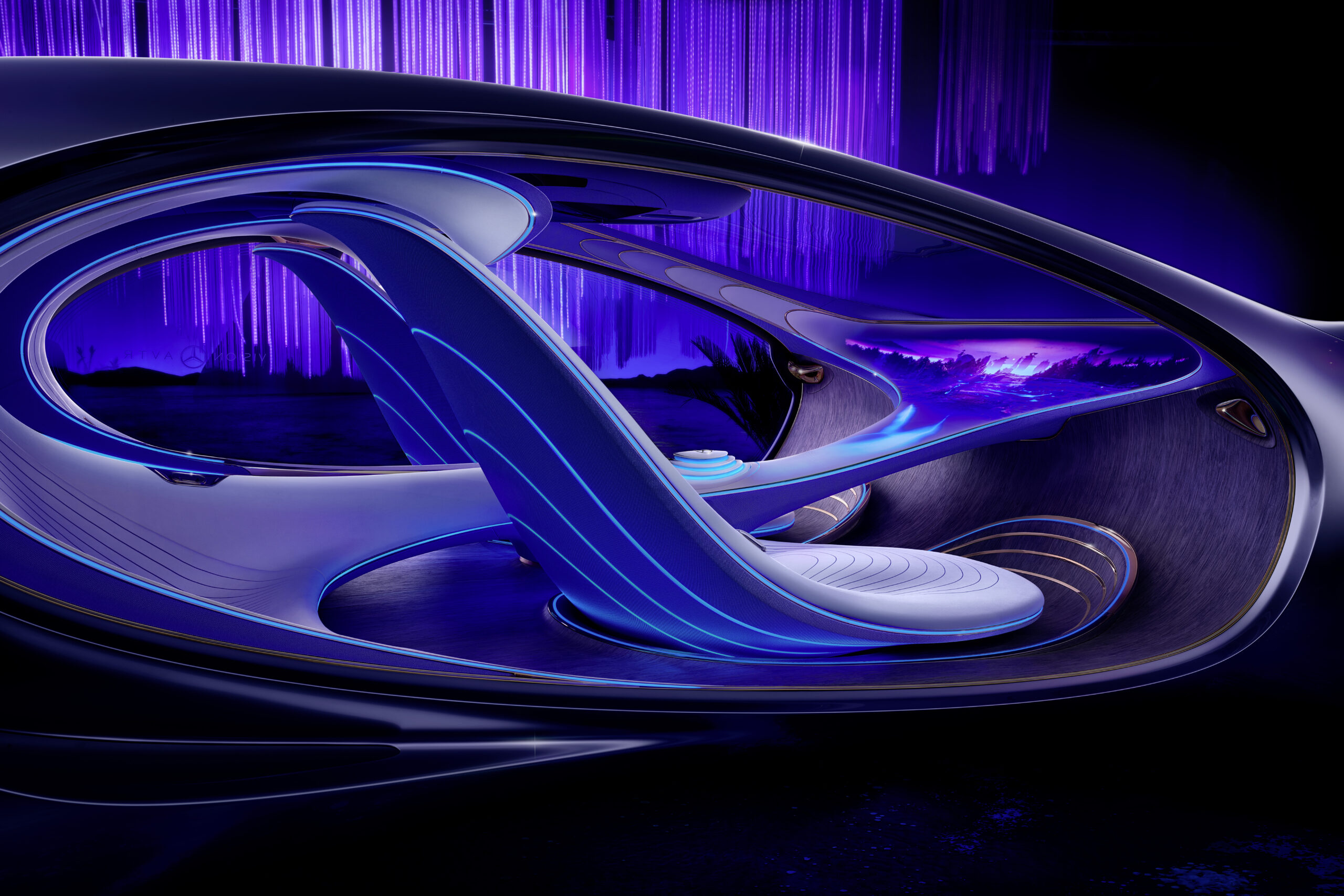 “I don’t know how many people have a nickname for their smartphone. But we all know that many cars are called and treated like friends or family. So it’s even more satisfying when you can interact with your car like a friend.

“One idea we want to show is based on a biometric connection between the car and the driver. The car recognises the human driver’s heartbeat and breath so human and machine literally merge into a fully intuitive experience.”

Mercedes is not the only company to release a concept car. Last year, Globetrender highlighted six futuristic modes of transport for cities and off-roading. It included the Hyundai Elevate Walking Car – an all-terrain vehicle that looks more like something out of Star Wars.