Designed by architects Bertil Harström and Johan Kauppi, the Arctic Bath hotel generated a storm of media interest when it was first announced a few years ago, featuring in more than a hundred newspaper articles and catalysing a hotly anticipated launch.

The idea itself was born in 2010 at the opening of the four-star Treehotel, also located in the small municipality of Harads in Swedish Lapland. Owners Kent and Britta Lindval became the stuff of industry legend when they employed Harström to reimagine their struggling hotel among the trees – and transformed it into an enchanting luxe resort.

During the inaugural Treehotel dinner, someone suggested that next on Sweden’s list should be a floating sauna. Harström went away to think about it and returned a year later with the blueprint for Arctic Bath. 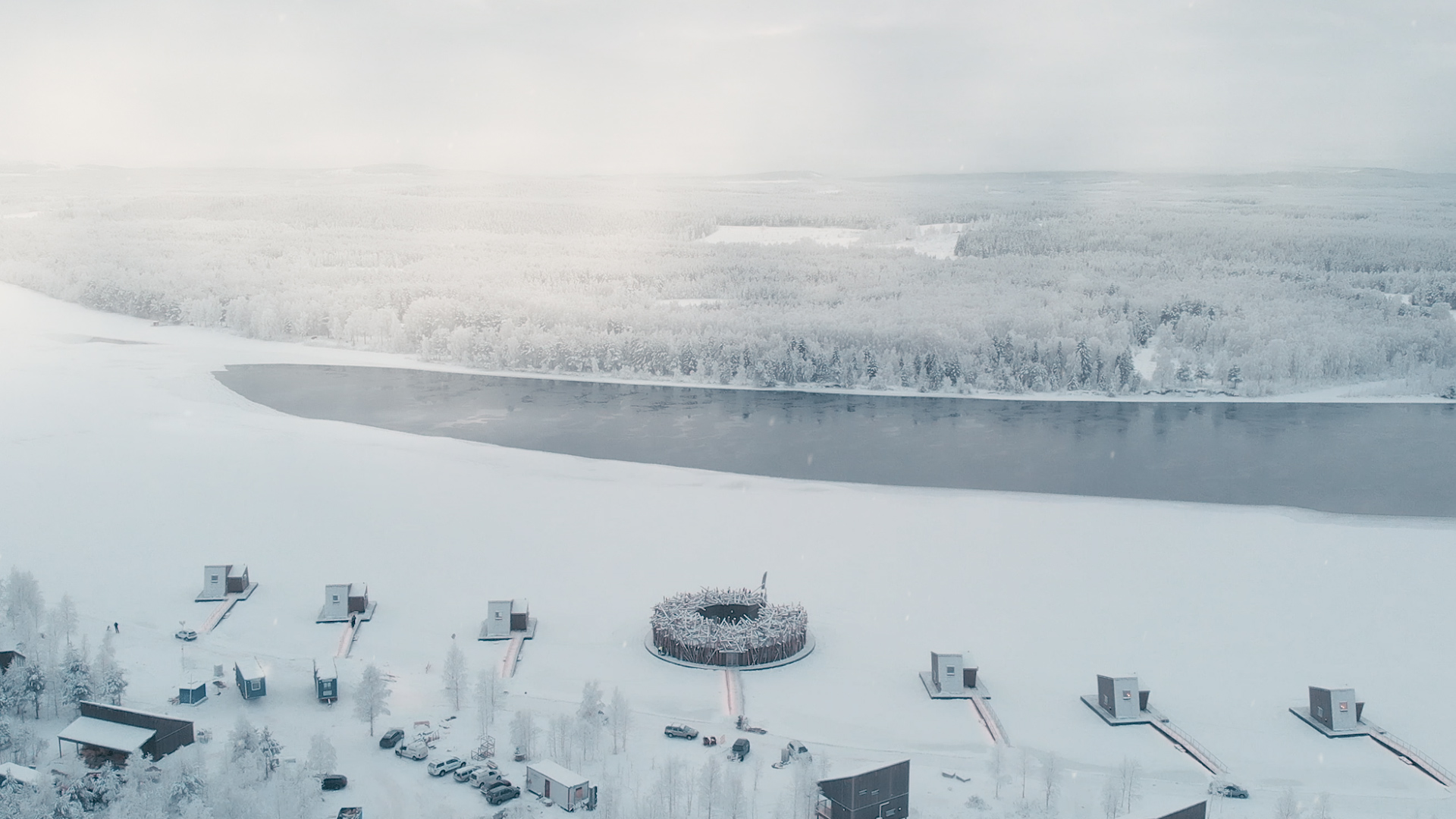 Today, the 12-room hotel comprises six elevated land cabins and six cabins that, in summer, float atop the Lule River. In winter, they become frozen in place, encased in ice until the water thaws in spring. 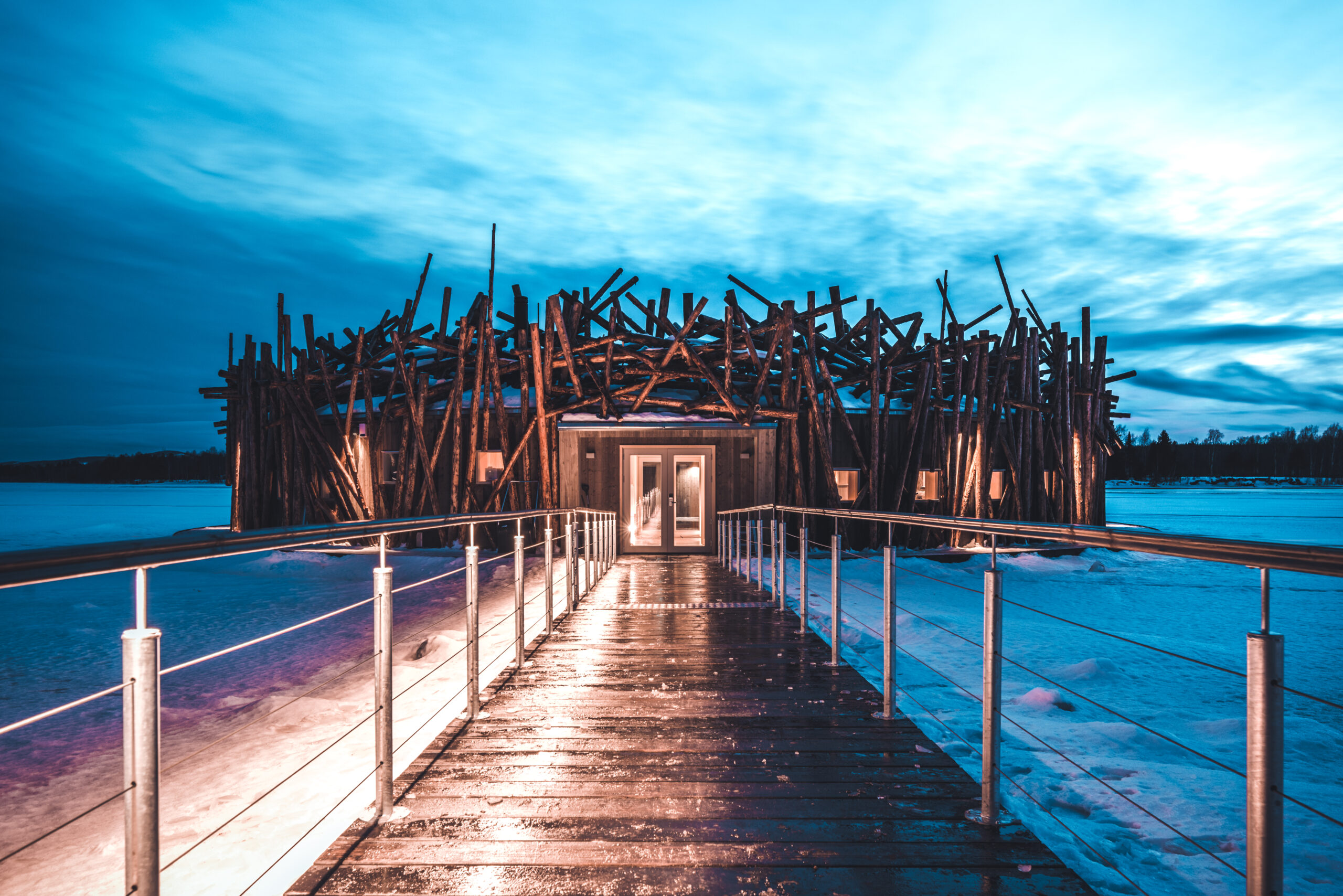 Designed to resemble a bird’s nest, at the centre is a freezing-cold outdoor plunge pool for guests to submerge themselves directly in the river. The coldbath is an integral part of Swedish culture. 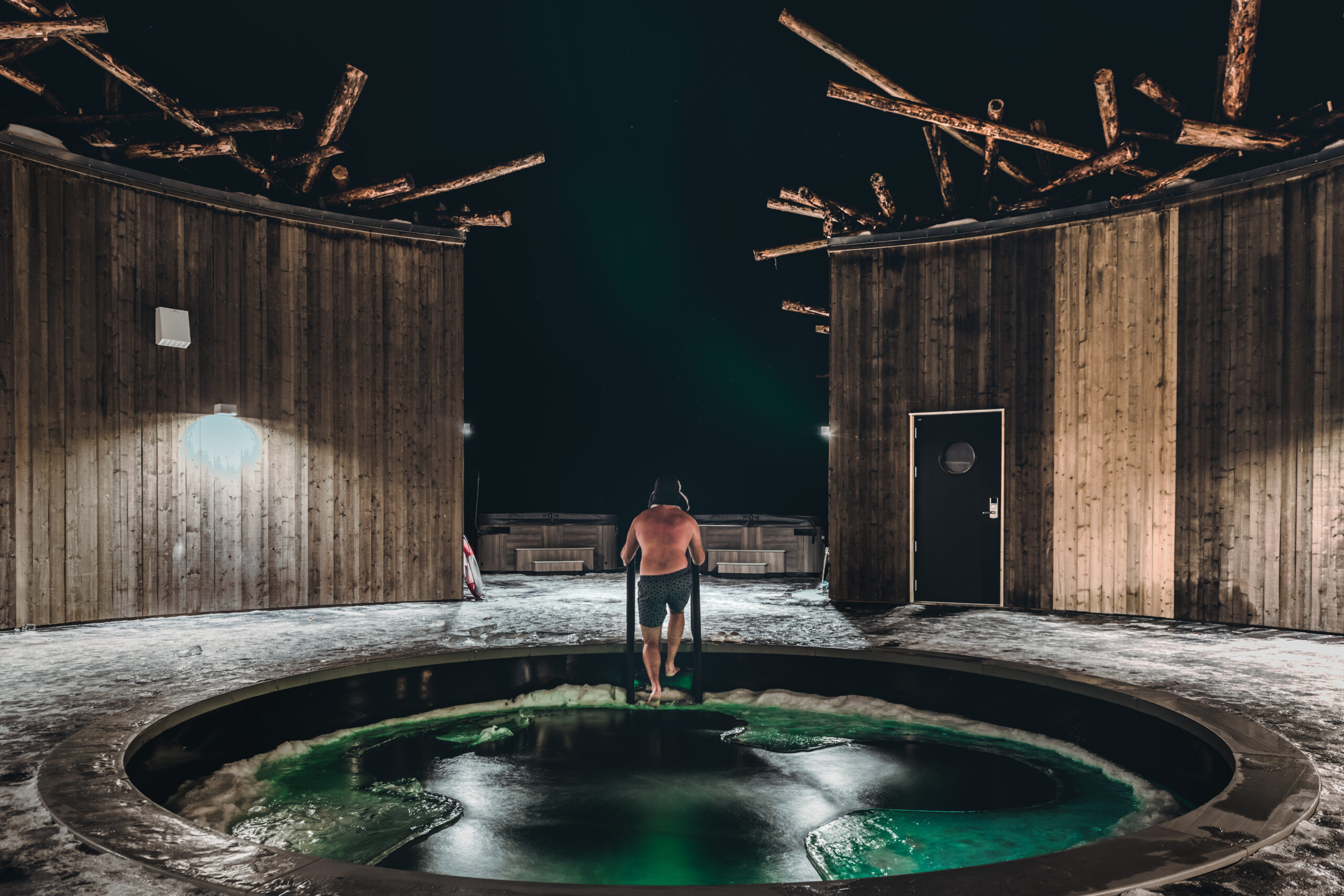 Often taken together with a warm sauna, it can help ease sore and aching muscles, and proponents believe it helps with everything from supporting your central nervous system and reducing inflammatory responses to alleviating stress and increasing willpower.

The Arctic Bath is also perfectly positioned for guests to witness the Northern Lights in winter and experience the Midnight Sun during summer. 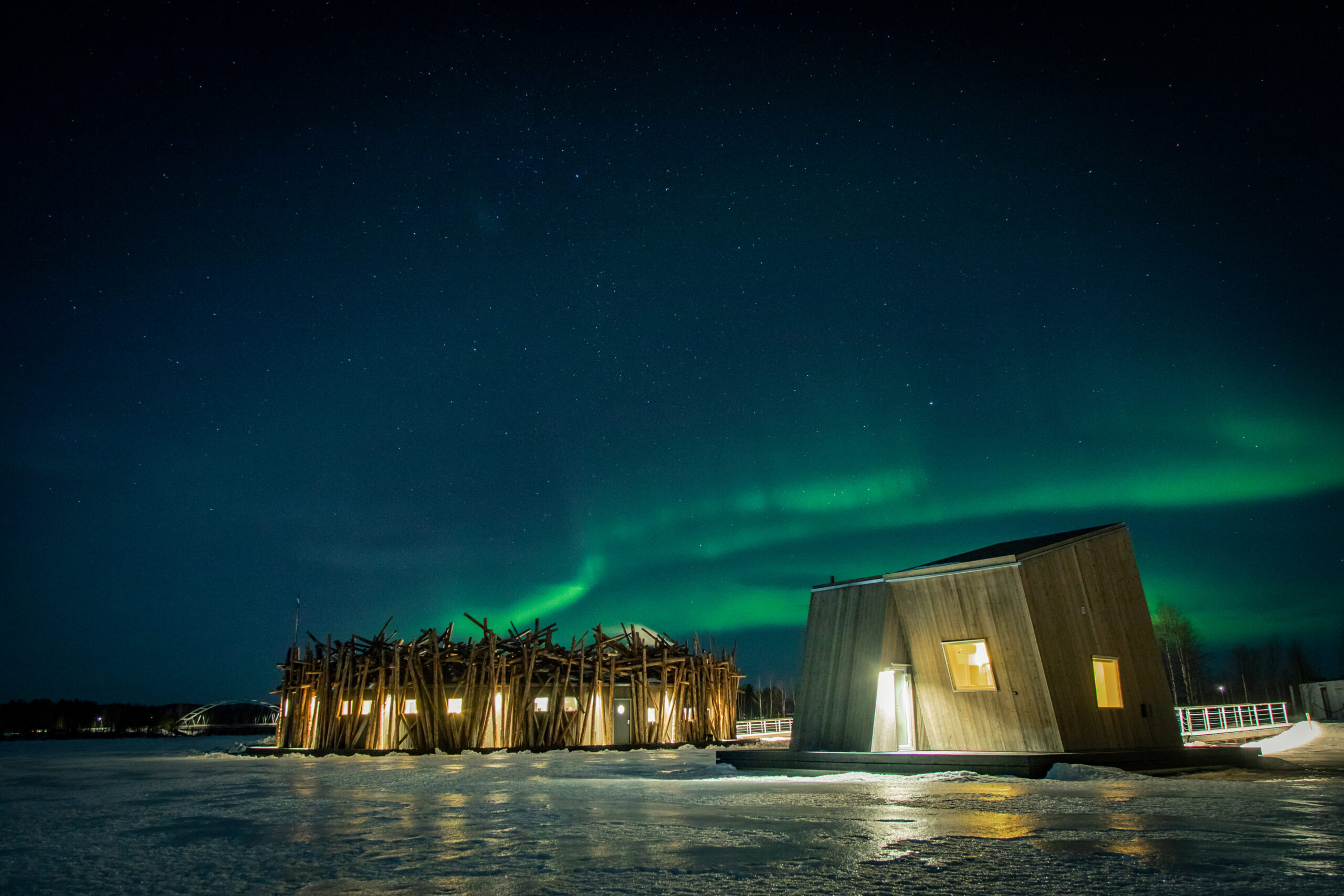 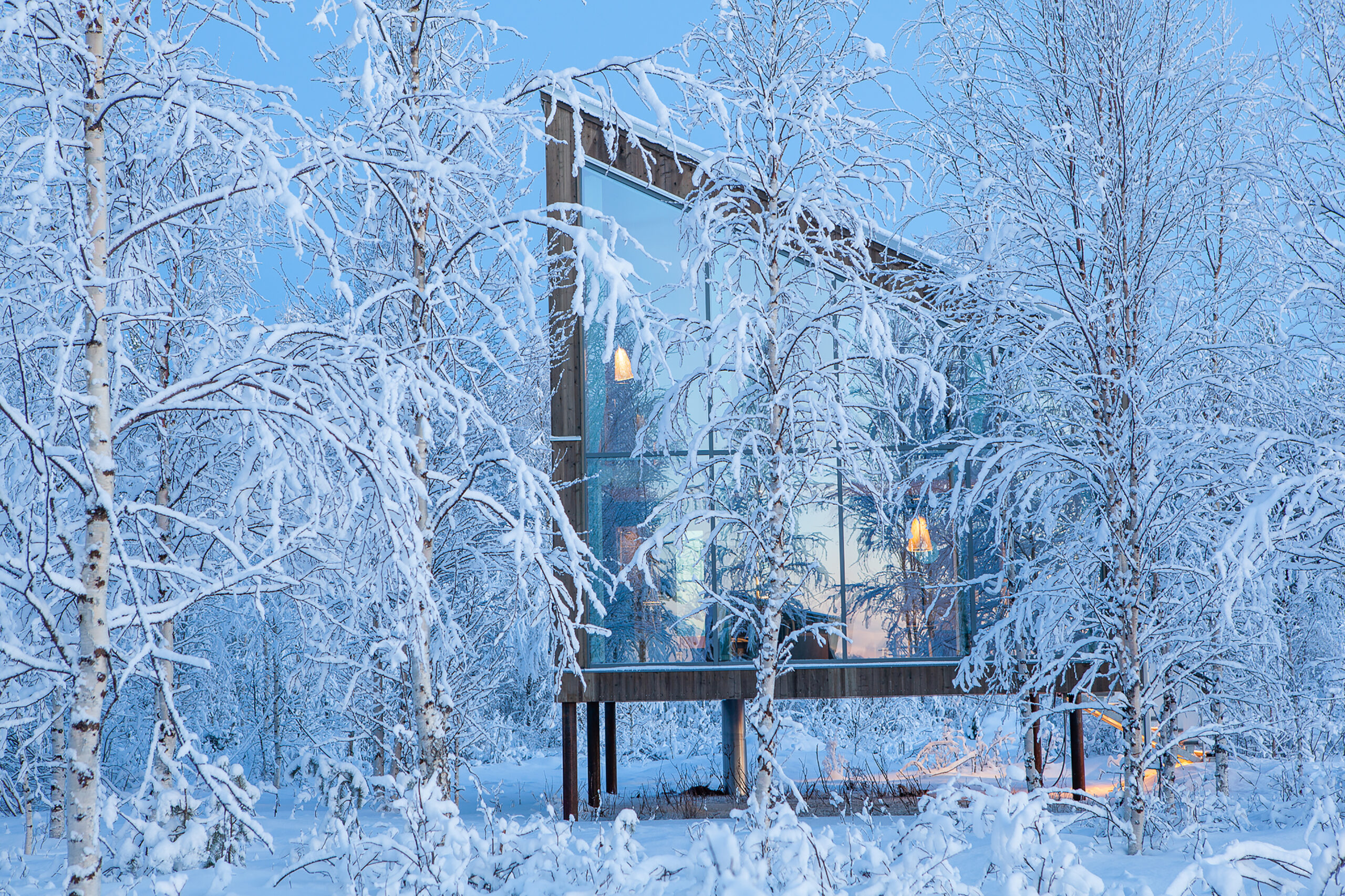 The oak floors are warmed from beneath and stoves burn in the corner, keeping the cabins cosy even when external temperatures drop to -35 degrees celsius. A spiral staircase leads to a mezzanine where the bed is well positioned for catching a glimpse of the Northern Lights. 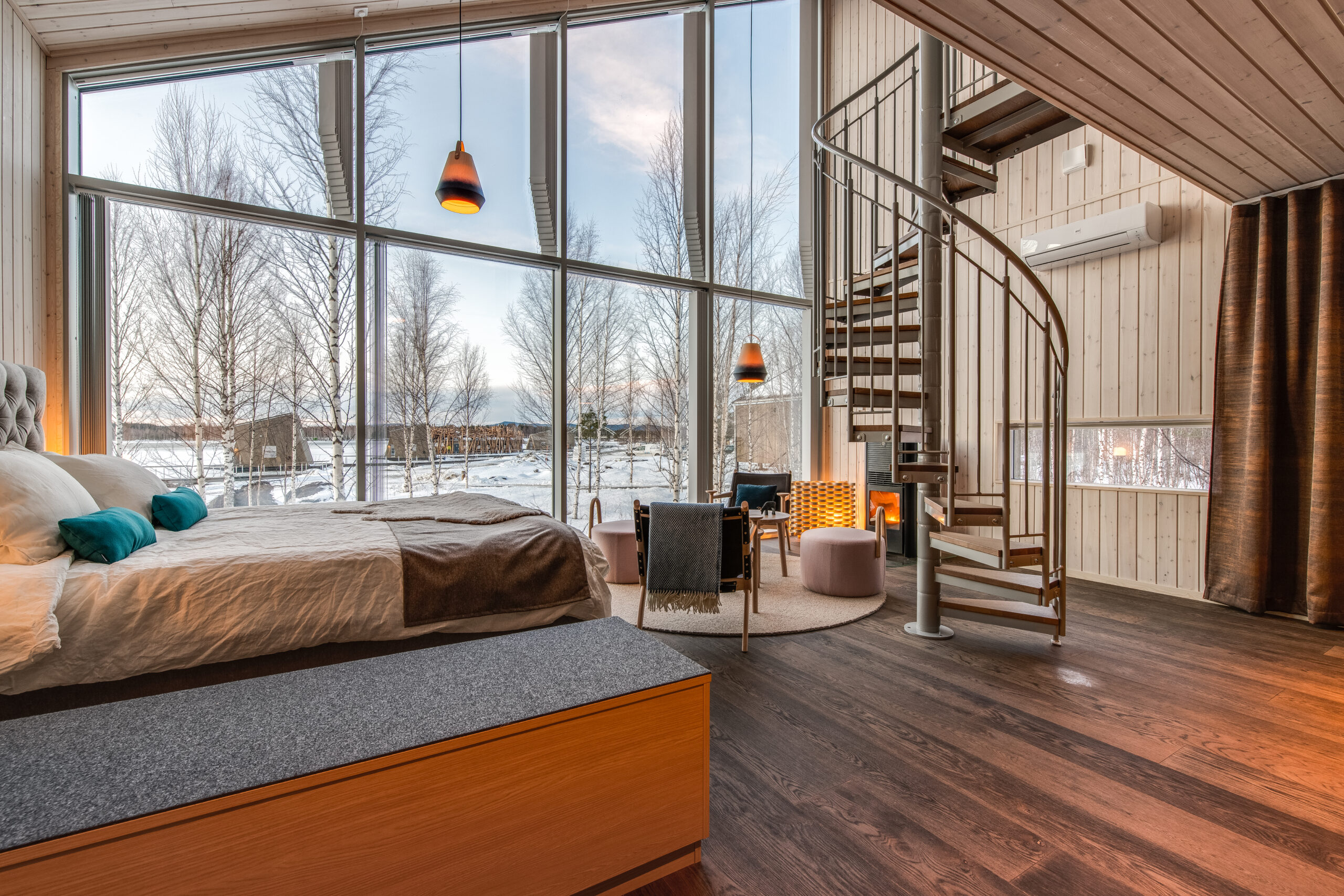 In contrast, the 24 sqm river cabins have a cocoon-like design, intended to envelop guests. They’re connected to the shore by a floating walkway and the wooden deck outside offers an inviting spot for meditation, sunbathing or stargazing. 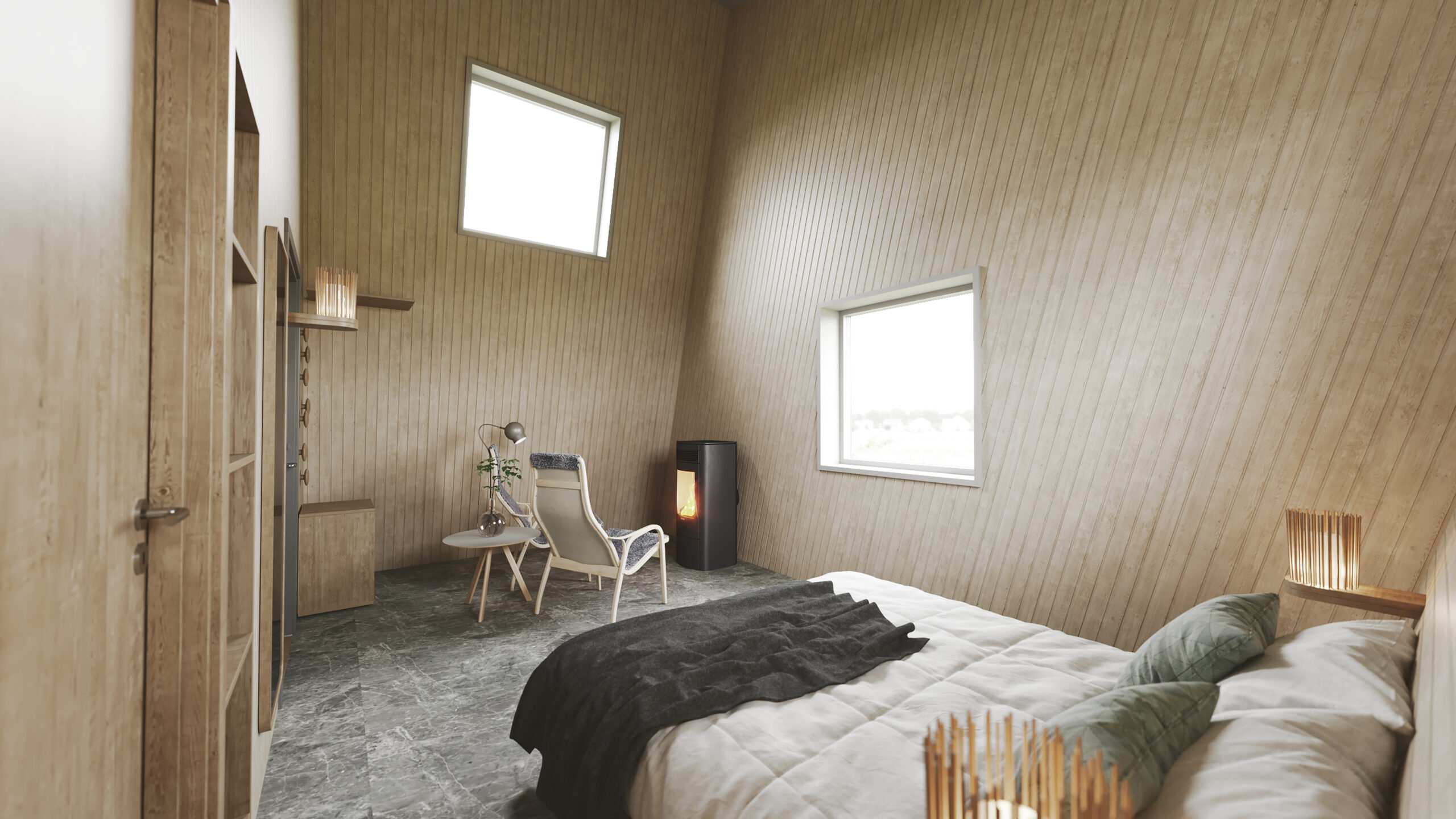 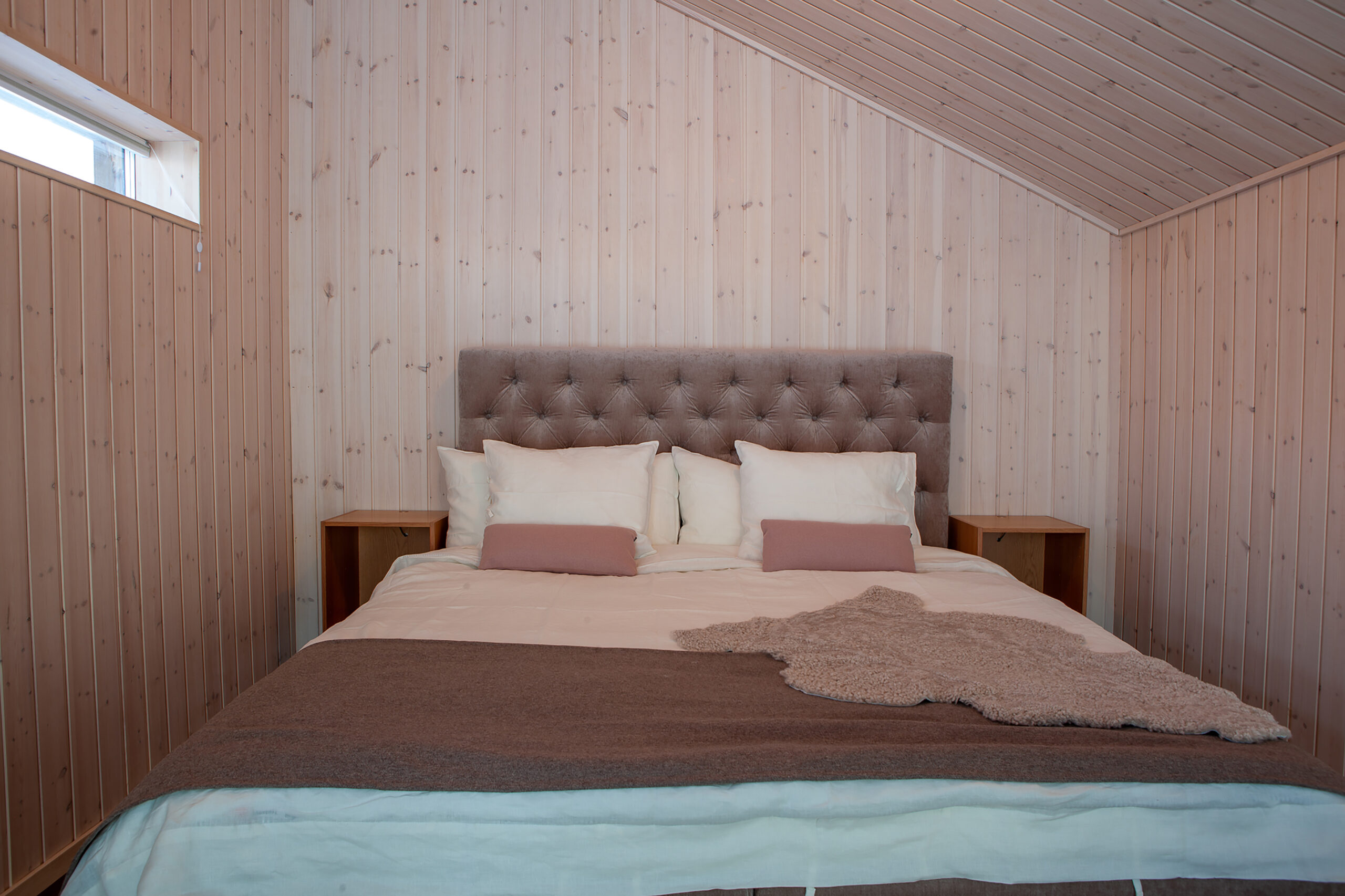 Built around sustainability – literally, with the building making use of sustainable natural materials such as wood, stone and leather – and Scandi style, the Arctic Bath encourages guests to immerse themselves in the elements. 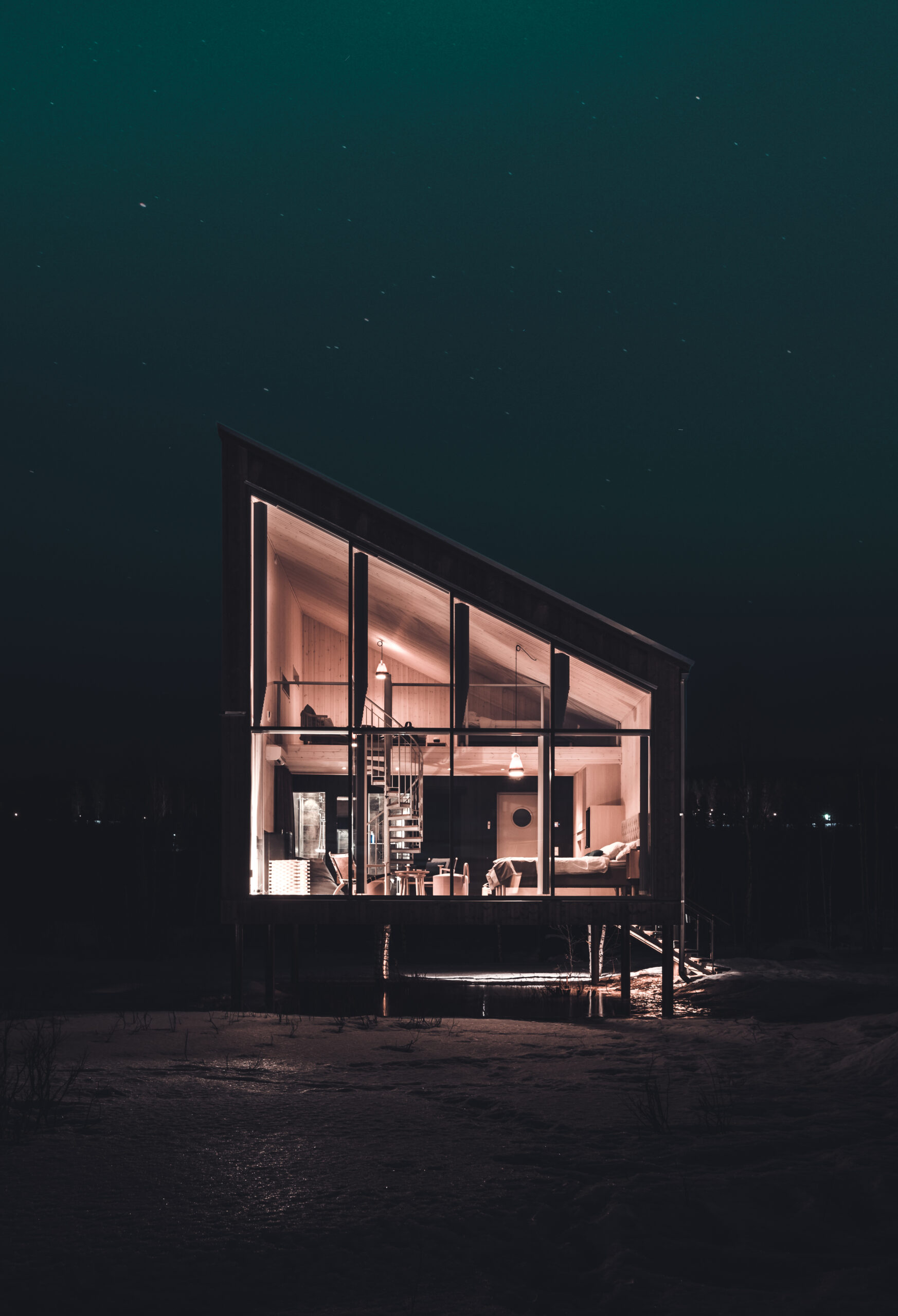 The hotel also has two large saunas – heated by woodchip furnaces, a steam room and two open-air hot tubs. Guests are given bathing costumes to wear in the sauna, which they can keep upon departure. 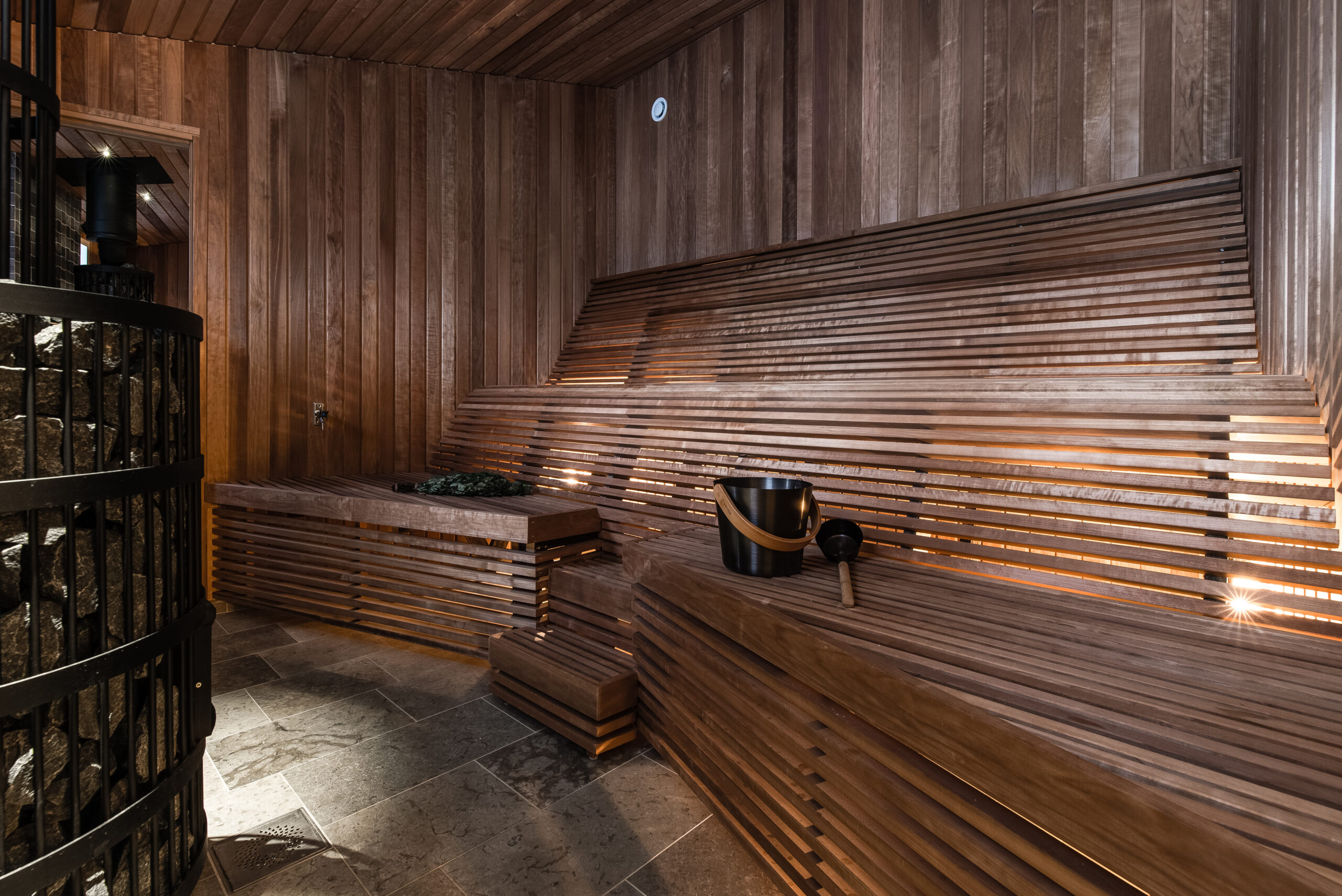 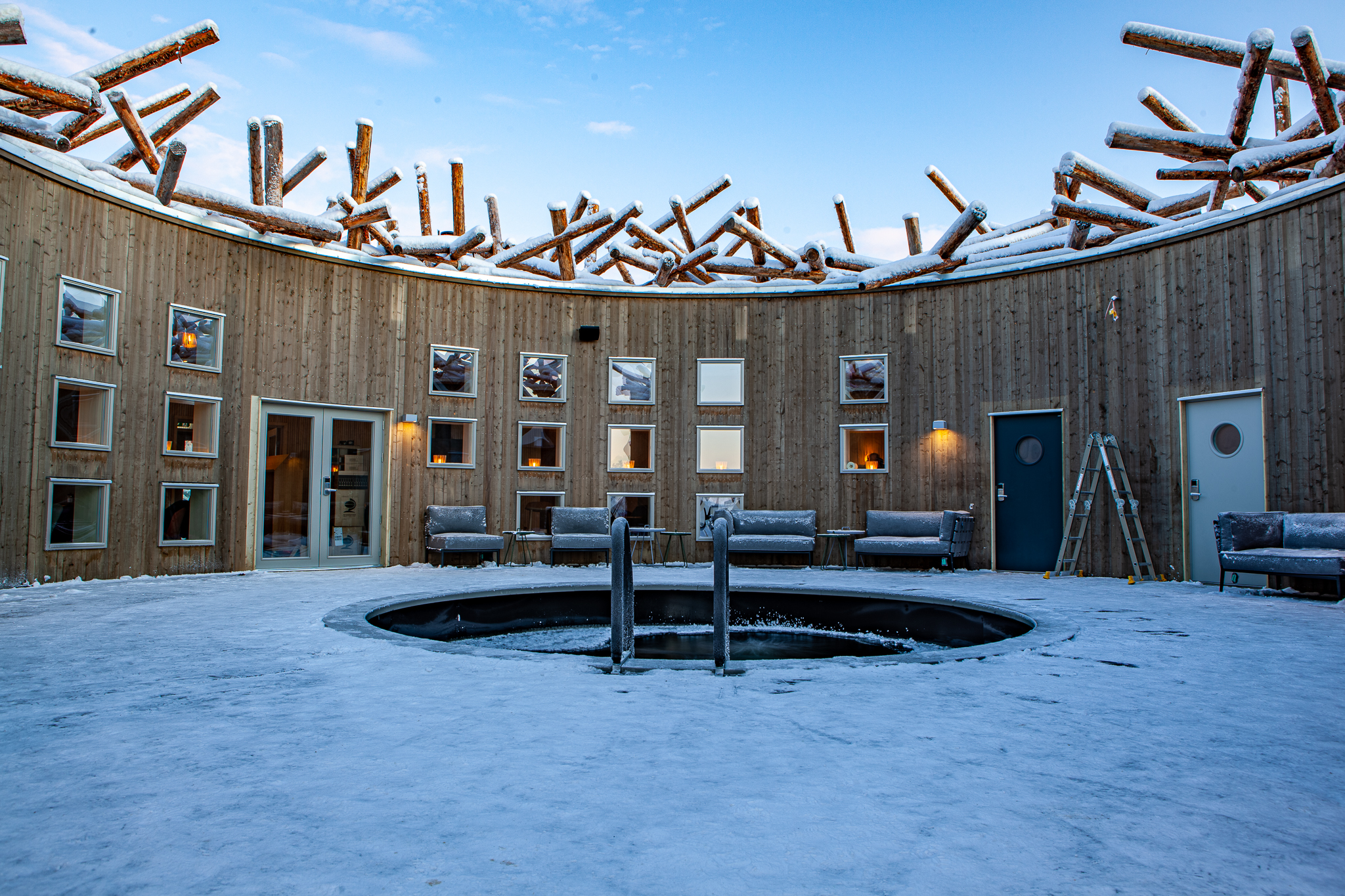 There’s also a comprehensive menu of luxury and cultural enrichment with activities tailored for every energy level – from yoga to dog sledding, cross-country skiing, horse riding and bear-watching. Guests can even partake in moose calling with a local guide. 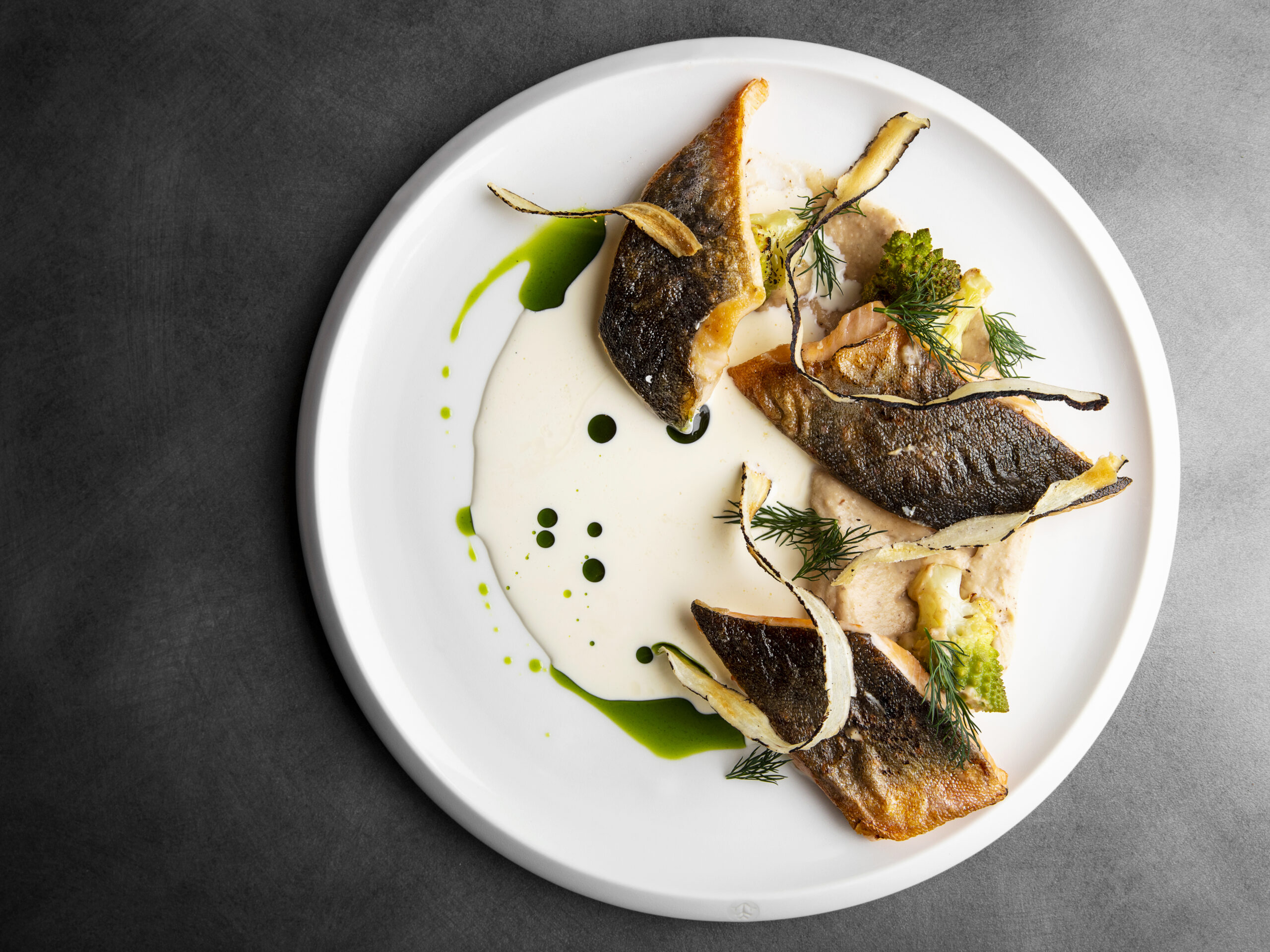 Sámi culture dates back 10,000 years and guests have the opportunity to discover more by meeting local Sámi woman Anna Kuhmunen – and, of course, sampling the food, both around Anna fire and back at the hotel.

Signature Arctic Bath dishes include gahkku (Sámi flatbread), gompa (a Sámi dish featuring the herb Arctic Angelica and sour milk) and lightly smoked capercaillie bird. To wash it down, guests can choose from a hand-picked selection of local craft beer and pairing wines – or a fruit, berry or vegetable smoothie.

Emphasis is placed on using local products and Arctic Bath buys local dairy products, honey, beef and fresh herbs from nearby Vollerim, chicken and lamb from Strömnäsgården, just 10km from the hotel, and oil and mustard from nearby Tornedalen. The surrounding wilderness provides all meat and fish served in the restaurant, and berries and herbs are also foraged from close by.

The restaurant itself seats up to 24 diners and continues the Scandi vibe with pine walls, Baltic grey limestone floors and carefully chosen furniture from designer brands including Stolab, Blå station and Norrgavel.

Private transfers from Luleå Airport take around an hour and 15 minutes and can be arranged directly with the hotel. Transfers to numerous other destinations by car and helicopter can be arranged depending on weather and season.

Rooms start from around £750 a night for half board, which includes breakfast and a set menu five-course dinner for two people.