This Japanese town provides a blueprint for post-disaster recovery

As tourism destinations around the world contemplate how to bounce back from the Covid-19 pandemic, the fall and rise of the tsunami-hit town of Minamisanriku provides hope, says Professor Mihaela Kelemen, of Nottingham University Business School.

Minamisanriku lies in the prefecture of Miyagi, which is part of the Tōhuku region on the Japanese island of Honshu. On a March afternoon nine years ago, following a massive earthquake 79km out to sea, the town was struck by a series of tsunami waves that reached speeds of up to 400mph before surging across the mainland.

More than 800 lives were lost. Around 3,000 buildings were destroyed. Vital infrastructure – including schools, roads and medical facilities – was obliterated. The beach, for decades the heart of the local fishing industry, was buried beneath a giant slew of debris.

The Japanese government set aside US$263 billion for regeneration across 20 affected prefectures. However, with incidents such as the meltdown at the Fukushima nuclear plant given priority, the official response to Minamisanriku’s plight proved slow and fragmented.

As well as realising that their community was low on post-disaster political and economic agendas, residents began to fear the advent of “dark tourism”. They were horrified by the prospect of visitors returning to their once-picturesque town only out of a morbid fascination for the lingering effects of death and destruction.

Eventually, with no meaningful progress in sight, they could wait no longer. They decided to take matters into their own hands.

Professor Mihaela Kelemen, now of Nottingham University Business School, bore witness to much of what followed. She was a member of a team of academics who travelled from the UK to study what would become Minamisanriku’s spectacular renaissance.

“It still ranks as the most astonishing feat of post-crisis recovery I’ve ever seen,” she says. “And I think it’s more relevant today than ever.” 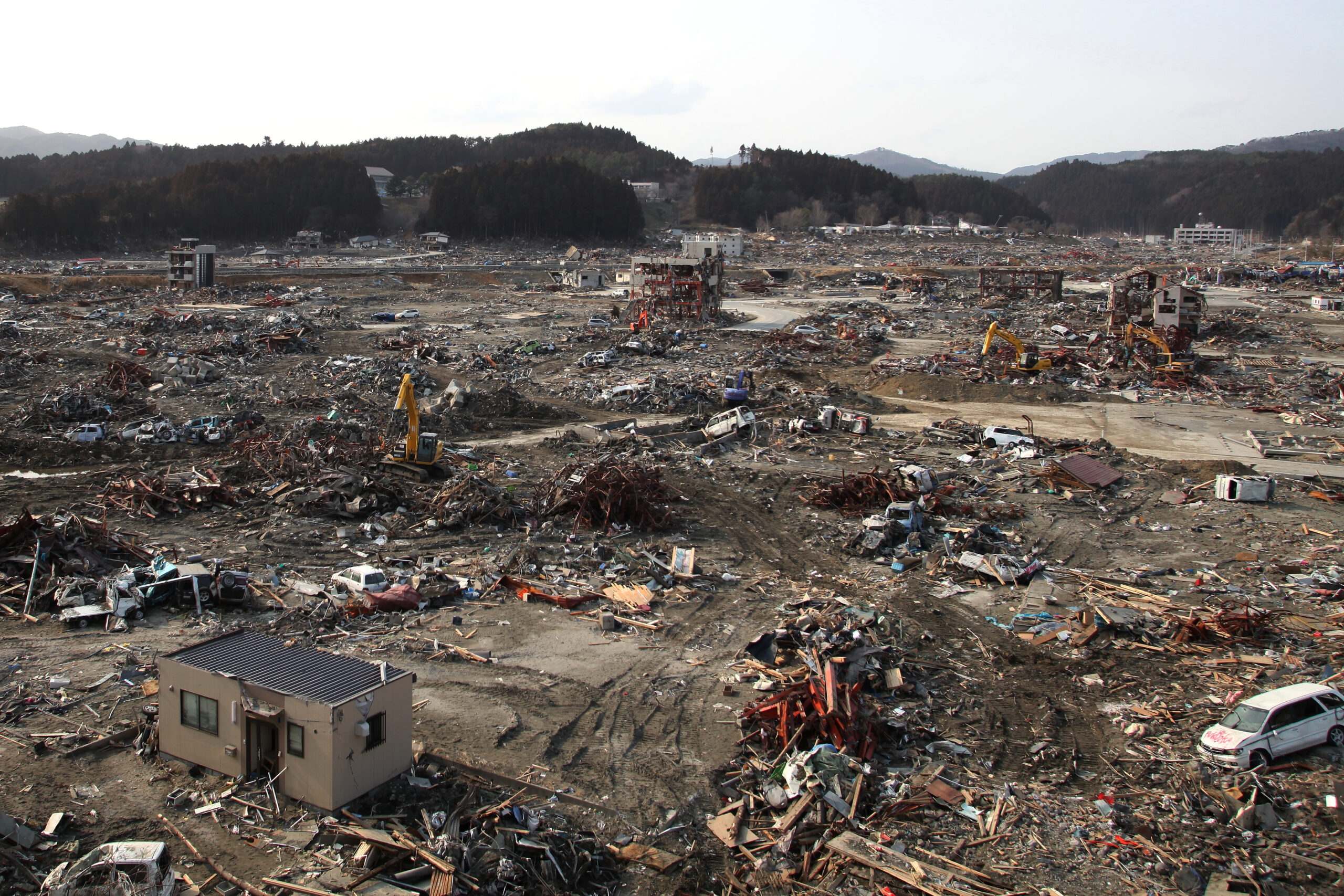 Collective resilience in the wake of tragedy

It was Minamisanriku’s fishermen who seized the initiative. With their livelihoods at stake, they reasoned that reconstruction would be a long and potentially frustrating process if left to the government and that there was an urgent need to move things forward themselves.

Such an approach bucked many of the long-established tenets of disaster management – traditionally a top-down, agency-led undertaking – but as one fisherman told the researchers: “Someone had to make a start to pull things together and get life back on track.”

Small businesses, entrepreneurs, schoolchildren and thousands of townsfolk joined the revival bid as it gathered momentum during the ensuing months. A growing number of “outsiders” also weighed in as word spread.

Occupying centre stage throughout was the beach, which became the focus of a huge clean-up operation after youngsters said they missed playing on it.

“We did this to fulfill the dreams of our children,” said one resident. “If such dreams come true then our community becomes more united in its attempts to build back.”

Another spoke of the “sense of achievement” that participation brought. “It changes my mood,” he said. “If I don’t do anything then I’ll worry too much about my future, my family, my children…” 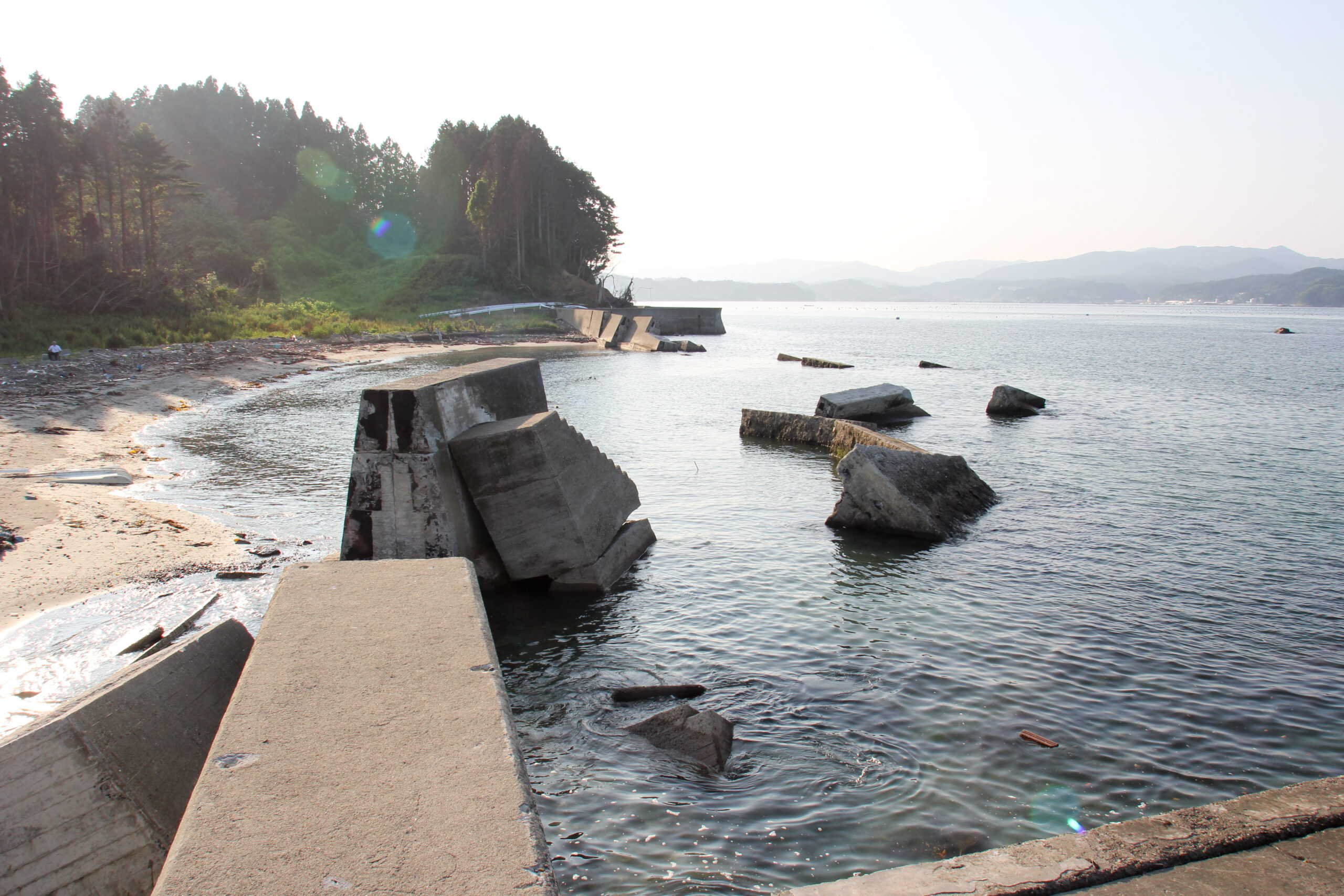 Collaboration and the co-creation of knowledge

So what might this mean for tourism destinations today, almost a decade later, in the age of Covid-19?

Kelemen, a professor of business and society, suggests that a key lesson to emerge from Minamisanriku is the “co-creation of knowledge” – the notion that anyone is capable of finding answers to a problem, however monumental it may be.

“The people of Minamisanriku didn’t want their town to be defined by tragedy,” she says. “Instead they resolved to use tragedy as a means of re-engaging visitors with the wonders of the environment and their culture. They turned a negative into a positive and built back better.”

But what enabled them to achieve this? “What we saw was a deliberately inclusive, co-operative process based on an acknowledgment that solutions can come from anywhere. It relied on an acceptance that everyone should have a voice and that every voice deserves to be heard when there are issues to be addressed or decisions to be made,” says Professor Kelemen.

She points out that many reactions to the pandemic to date have echoed this philosophy. “We’ve seen top-down, bottom-up and collective endeavours that have shown how qualities such as insight and acumen aren’t found only in boardrooms, consultancies, universities or other ‘ivory towers’,” she says.

“As with Minamisanriku, the difference-makers can just as easily be people whose impact is overlooked in ‘normal’ times – frontline workers, carers, community members… Everyone can have good ideas and make important contributions if there’s genuine collaboration.”

Ultimately, says Professor Kelemen, Minamisanriku’s story is one of people coming together to tackle an all-encompassing threat. She believes that the present-day parallels are impossible to ignore.

“There’s no denying that many entities won’t come through this crisis intact, and this applies to tourism destinations as much as it does to businesses and other organisations,” she says.

“But maybe the point, particularly in the face of unprecedented disruption, is that waiting for policymakers to solve everything isn’t necessarily the best course of action. A shared crisis demands a shared search for responses, and many communities might be surprised by what they can do if they take the post-disaster initiative themselves.”