With suborbital flights into space not far off now for paying tourists, Virgin Galactic has given a sneak preview of what it will be like to depart from Spaceport America in New Mexico. Jenny Southan reports

The new Gateway to Space lounge is due to open in 2020, when the first commercial space flights will take place. The communal departure areas have been designed for use by future by Virgin Galactic customers, and their friends and families who will anxiously await their return to Earth.

Located in the world’s first purpose-built commercial spaceport, the Foster + Partners-designed Gateway to Space facility “pays homage to the past in its respect for the ancient surrounding landscape while powerfully embracing the future through energy efficiency and sustainability,” says Virgin Galactic.

It has also been created to “enable Virgin Galactic to create an unparalleled experience as its customers prepare for journeys of a lifetime before graduating as astronauts”.

The first floor, Gaia, represents our planet, and is the point of departure and return. The interiors employ natural materials and earthy colours that reflect the New Mexican landscape, while an interactive digital walkway will link the Spaceport to VSS Unity on the day of flight. 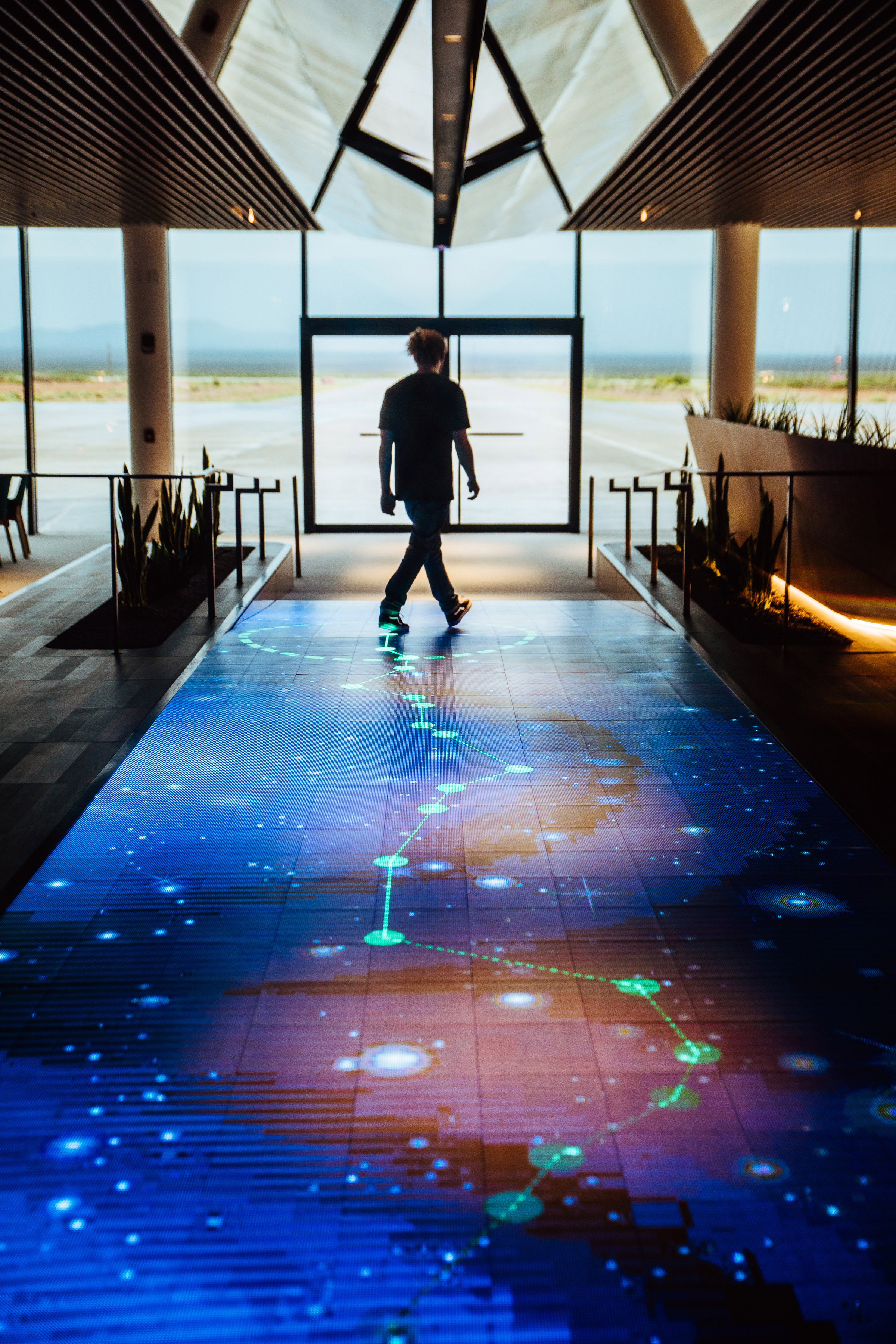 At the centre of Gaia is the Barista Island, which features a bar made of back-lit Italian marble set on top of hand-crafted oak.

Virgin Galactic says: “Gaia is subtly and unobtrusively zoned into practical, formal and informal spaces which will host the space operations team, Future Astronauts and their family and friends.

“It serves as the social hub of the building, where everyone is part of the Virgin Galactic family; Future Astronauts will share breakfast with spaceship pilots, grab coffee with rocket engineers and pass the time of day with the team from Mission Control.

The second floor, Cirrus, represents light, air and flight. This is where spaceflight operations take place and is connected to Gaia below through a double-height atrium. Here, the interiors are lighter, with white and grey shades reflecting the sky. 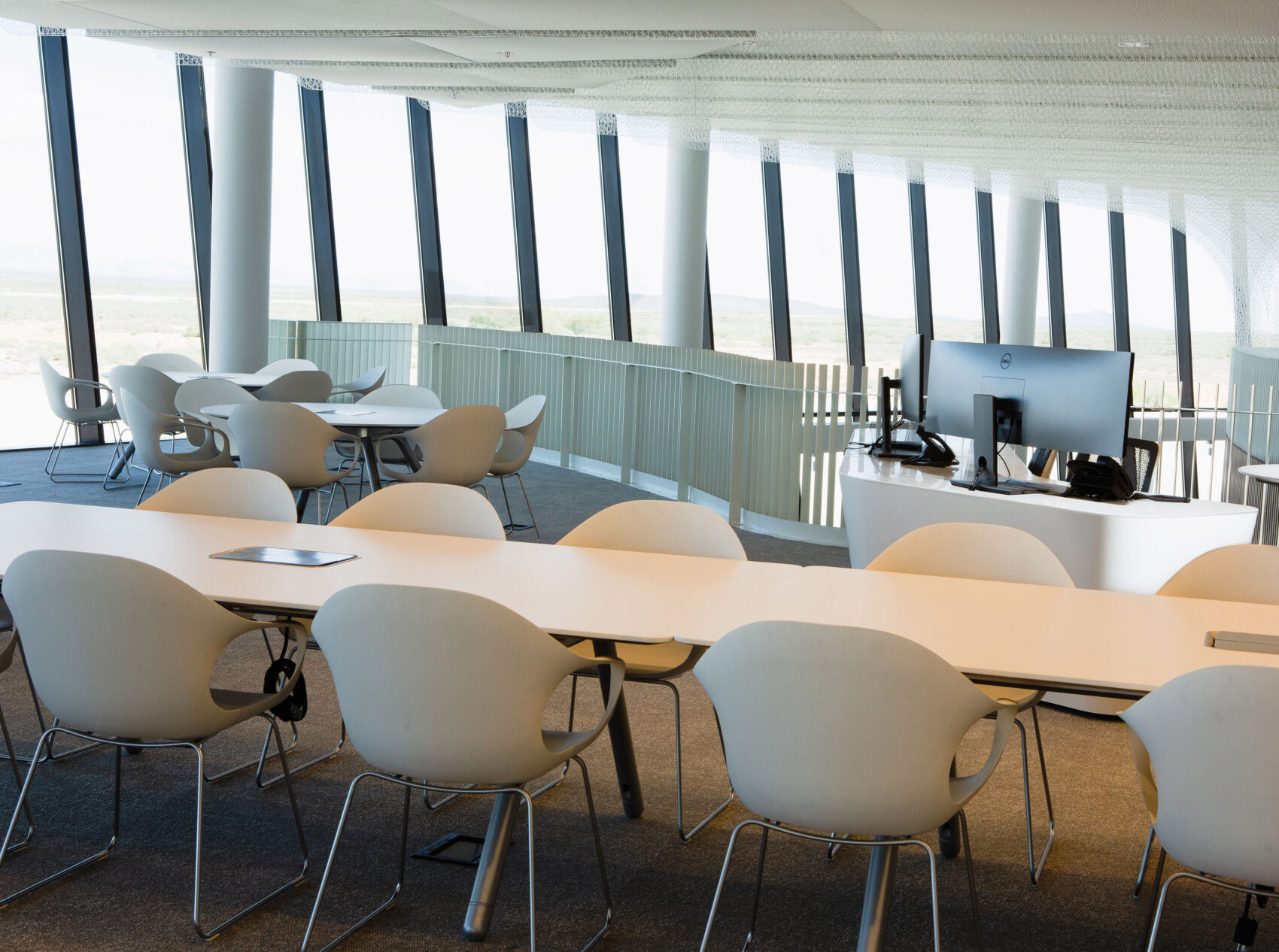 Cirrus will be home to Mission Control, the Mission Briefing Room, the Pilot Corps and the rest of the flight operations team. Full-height windows give an unrestricted view of ground operation areas including the apron and runway.

Virgin Galactic’s fleet will be housed in the Gateway to Space hangar, which is already home to VMS Eve. The vast building is large enough to accommodate two carrier aircraft, each with a wingspan of 43 metres, along with five SpaceShipTwo vehicles. 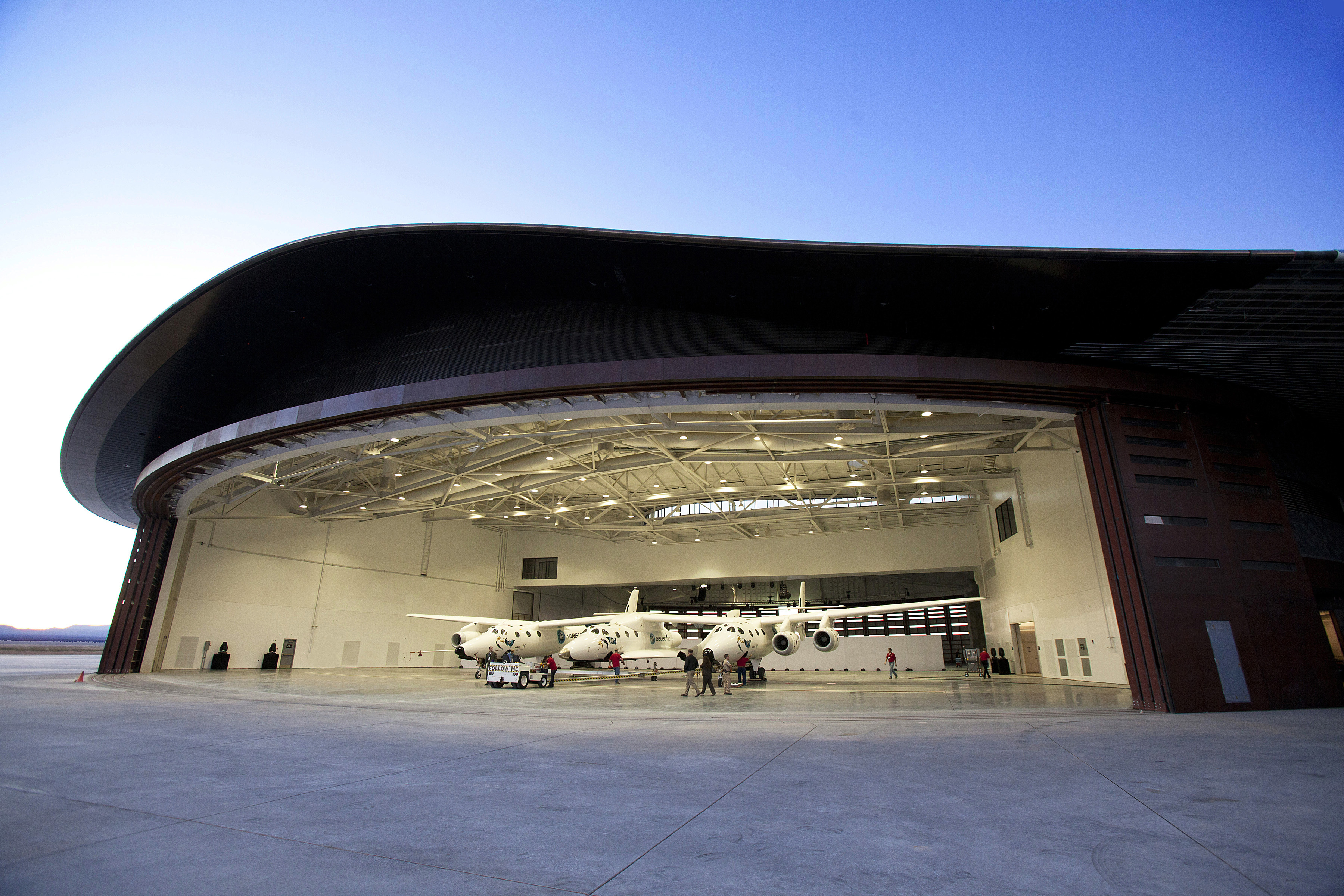 Tickets for 90-minute flights into the Earth’s upper atmosphere cost more than US$200,000 per person. Although other companies such as Blue Origin and Space X are also working on taking everyday cosmonauts into space, Branson hopes to be the first.

However, earlier in the year, Branson told CNN: “We’re not just talking about the people we’re sending into space, we’re talking about [bringing out] family and friends. There’ll be flight training inside the spaceport, and there’ll be places to eat for their families, hot air ballooning, fishing and mountain bike riding. That’s something that we’ll be organising.”