Swedish fintech company Doconomy has launched the world’s first credit card that monitors purchases by their carbon emissions – and puts a cap on spending based on a user’s impact on the climate. Samuel Ballard reports

Doconomy’s card, Do Black, has been created in partnership with Mastercard, and aims to support the United Nations Framework Convention on Climate Change (UNFCCC) to encourage global climate action. By 2030, it wants to cut carbon emissions in half.

How will Doconomy help people achieve this? By setting monthly CO2 limits – ensuring your carbon footprint is cut by 50 per cent – it will literally deny cardholders from spending once they have used up their allowance. (Every purchase has a carbon footprint attached, which is displayed on the Doconomy app.)

The company states: “Instead of introducing a premium credit card with benefits that typically encourages further consumption, Do Black only has one essential feature – a carbon limit. The core purpose is the ability, not only to measure the impact of your consumption, but also to bring it to a direct halt.”

According to the Swedish Environmental Protection Agency, the average Swedish person is responsible for producing ten metric tonnes of CO2 greenhouse gases a year, of which 60 per cent is linked to consumption.

Do Black will also ask its users if they wish to offset their carbon footprint through green projects certified by the UN.

Do’s projects include initiatives in developing countries that look to reduce global emissions. These include the construction of wind farms in India and the Improved Cook Stove project in Malawi, which looks to replace three-stone cooking fires with more fuel efficient stoves. 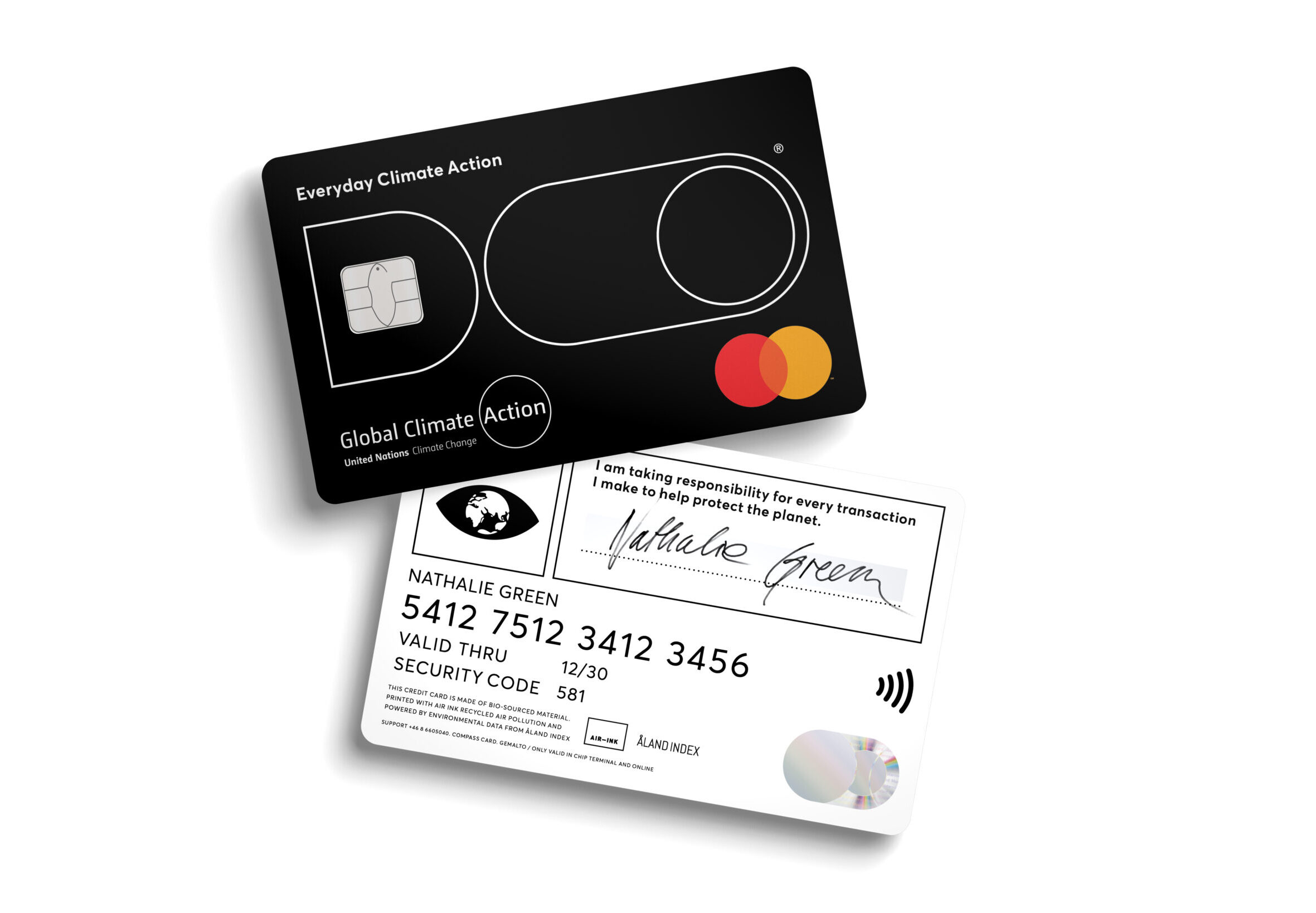 “We all need to come to terms with the urgency of the situation and rapidly move towards more responsible consumption. With Do Black there is no more excuses. Through our collaboration with UNFCCC and Mastercard, Do will enable people to do their part to contribute to the carbon reduction goals of 2030 and onwards,” says Nathalie Green, CEO at Doconomy.

Patricia Espinosa, UNFCCC executive secretary, says: “Many companies are already taking steps to lower their emissions, and to create a more sustainable and resilient future. People are also thinking about the environment in their daily lives, including making more informed decisions about what they buy. That’s why we are pleased to welcome this initiative being undertaken by Doconomy.”

Erik Gutwasser, head of Nordics and Baltics at Mastercard, says: “We are proud to be part of this bold initiative that aims to reshape the way we consume. For a more sustainable way of life, radical changes are required, and we believe that this initiative with Doconomy and UNFCCC truly has the power to engage consumers and make a difference.”

Doconomy’s Do Black card is one of a number of financial instruments being brought to market that aim to give back to the environment in some way.

Currensea, a pre-paid card designed to be used on holiday, has a function whereby users can contribute a portion of the money they save on transaction fees to plant trees in areas affected by deforestation.

“While countries are working to address climate change through the Paris Agreement, it’s clear we need much more ambitious climate action, and we need it now; but, governments cannot solve climate change alone,” says Espinosa.