Inspired by Tokyo’s capsule hotel rooms, the Galaxy Pod Hostel in Reykjavik has sleep pods that look and feel like they belong on a spaceship. Emily Eastman reports

Situated close to the centre of Reykjavik, the Galaxy Pod Hostel features private, bunk-style sleeping quarters that look like they are straight out of Star Wars.

After a day of exploring (or a night of partying), guests bed down in futuristic, space-themed pods that replace traditional hostel bunk beds. Prices start from around £38 for a single-pod bed in a 24-bed dormitory.

Each self-contained pod has either a twin or queen-sized bed, reading lights, hangers, mirrors, a secure locker, charging stations, an alarm clock and purple mood lighting that adds to the cosmic aesthetic. There is also free wifi throughout. 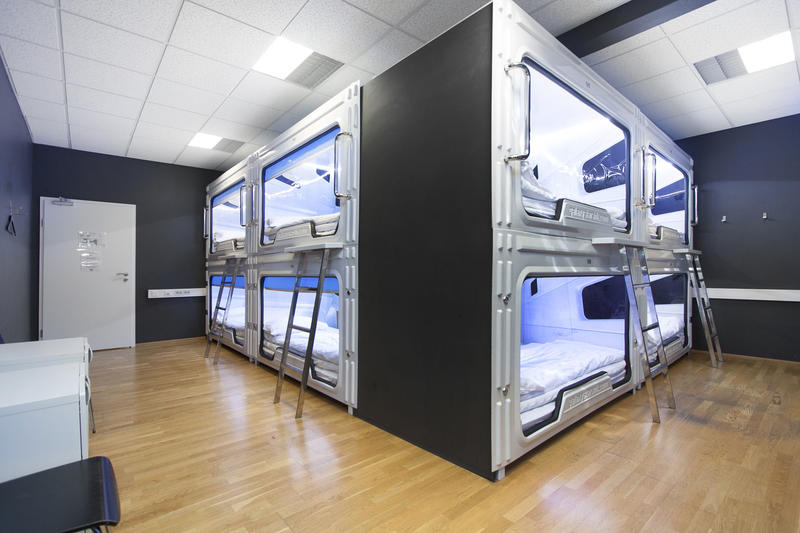 Guests can also play around with the various light settings and fall asleep beneath a blanket of twinkly projections. Upon waking, they will emerge from their pods to beautiful mountain vistas from the dorm windows.

Each pod features either a privacy curtain or a sliding door, and are stacked in multi-person, all-gender dormitories, with the upper pod accessed via a ladder. The rooms sleep four, eight or 24 people, and there’s a female-only dorm that sleeps six. 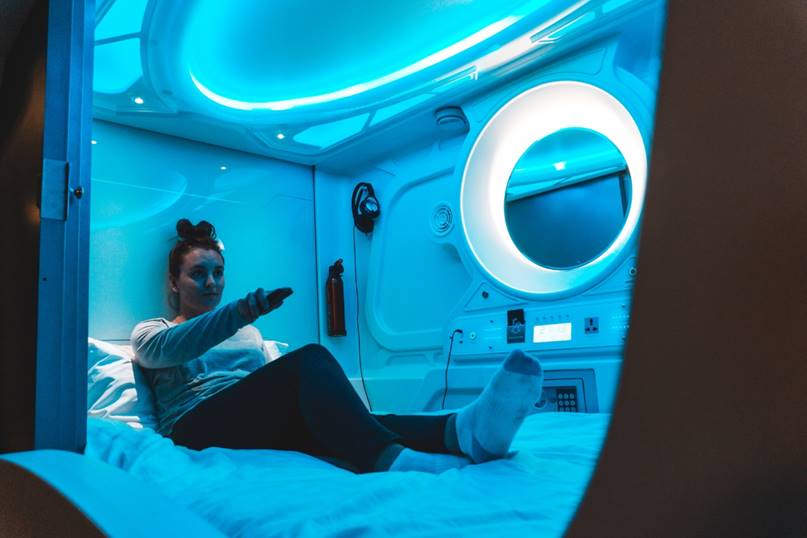 A review in The Telegraph said: “The 38 pods, decorated in minimal black-and-grey chic, wouldn’t be out of place on a spacecraft – and at just two by one-metre in size they won’t much appeal to claustrophobics or anyone requiring more than a bed.

“Each pod has a comfortable mattress with memory foam mattress-topper as well as a curtain or door for privacy, plus a reading light, mirror and shelf, fans and televisions. Bathrooms are shared.” 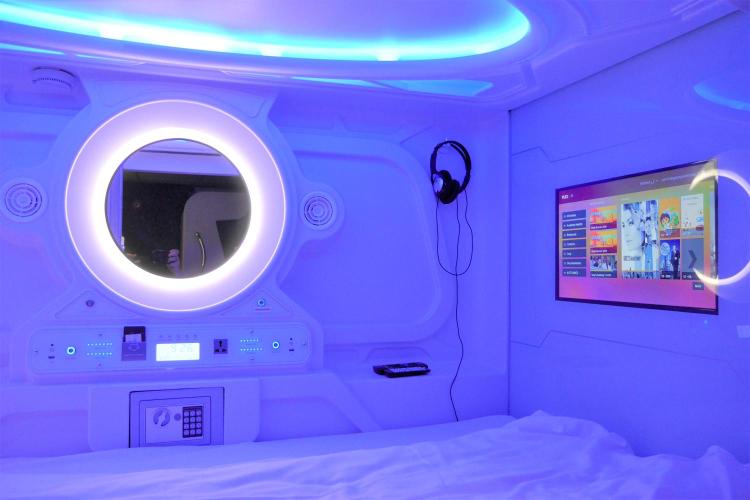 Galaxy Pod Hostel owner and manager Sverrir Guðmundsson dreamed up the pods, which he says were inspired by futuristic film The Fifth Element.

Other facilities in the Galaxy Pod Hostel include a bar, cafe, self-service kitchen where guests can make their own food, vending machines, laundry services, luggage storage, a games room with PlayStation 4 consoles, a movie room and even a virtual reality room. The hostel hosts happy hour from 4pm to 7pm.

Capsule hotels have long been popular in Japan, where they originated, but in recent years they’ve also gained traction in global markets – just look at the growth of Yotel.

It’s also interesting to see how sleep pods might be coming to planes in the future – Air New Zealand recently unveiled a vision for economy class Skynest bunk beds.