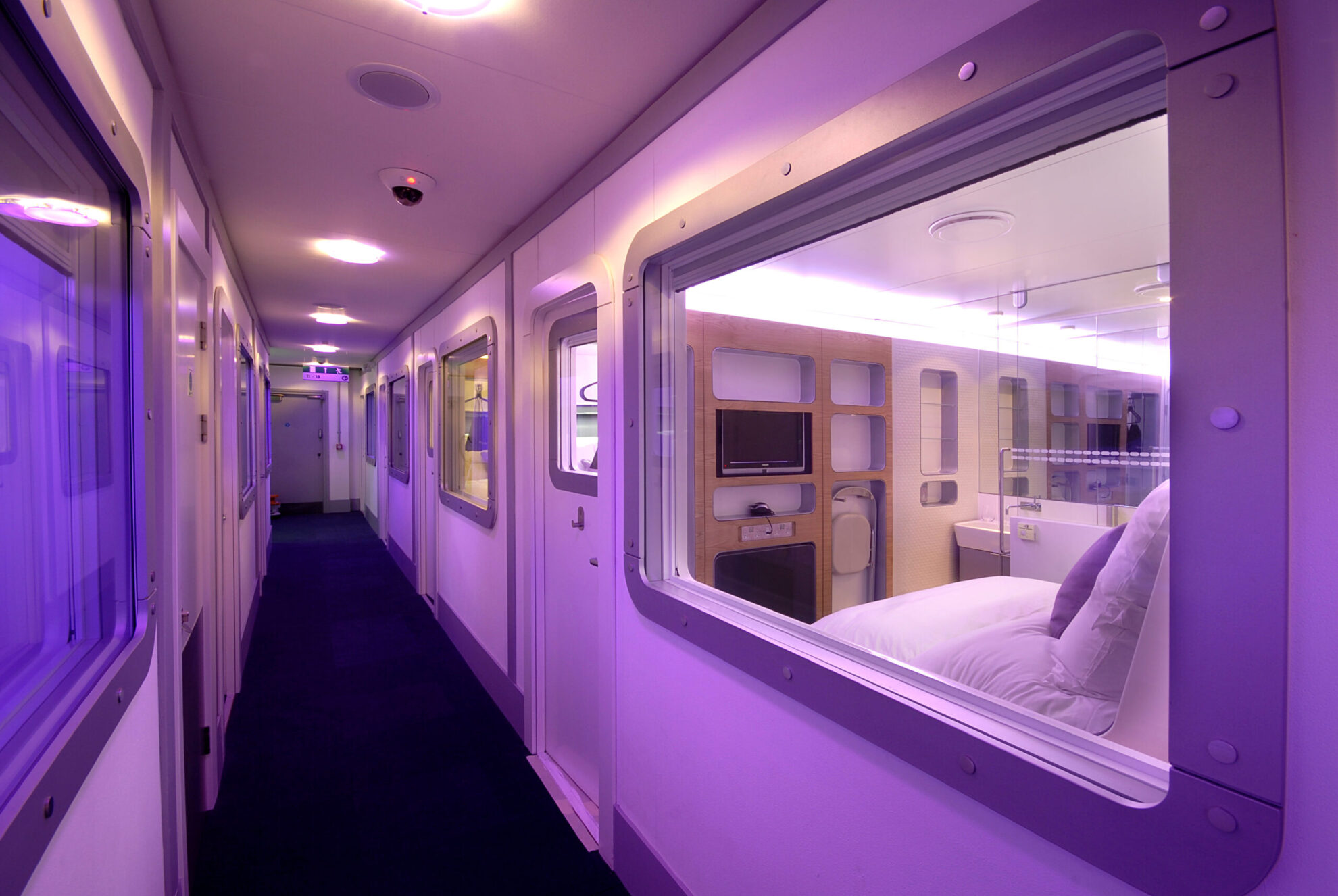 Between 2016 and 2018, sci-fi hotel brand Yotel has a mission to open 18 new capsule properties that will be ideal for jet-lagged flyers and city slickers on a budget.

Futuristic Yotel was founded by Simon Woodroffe, better known for his Yo Sushi Japanese fast-food chain. 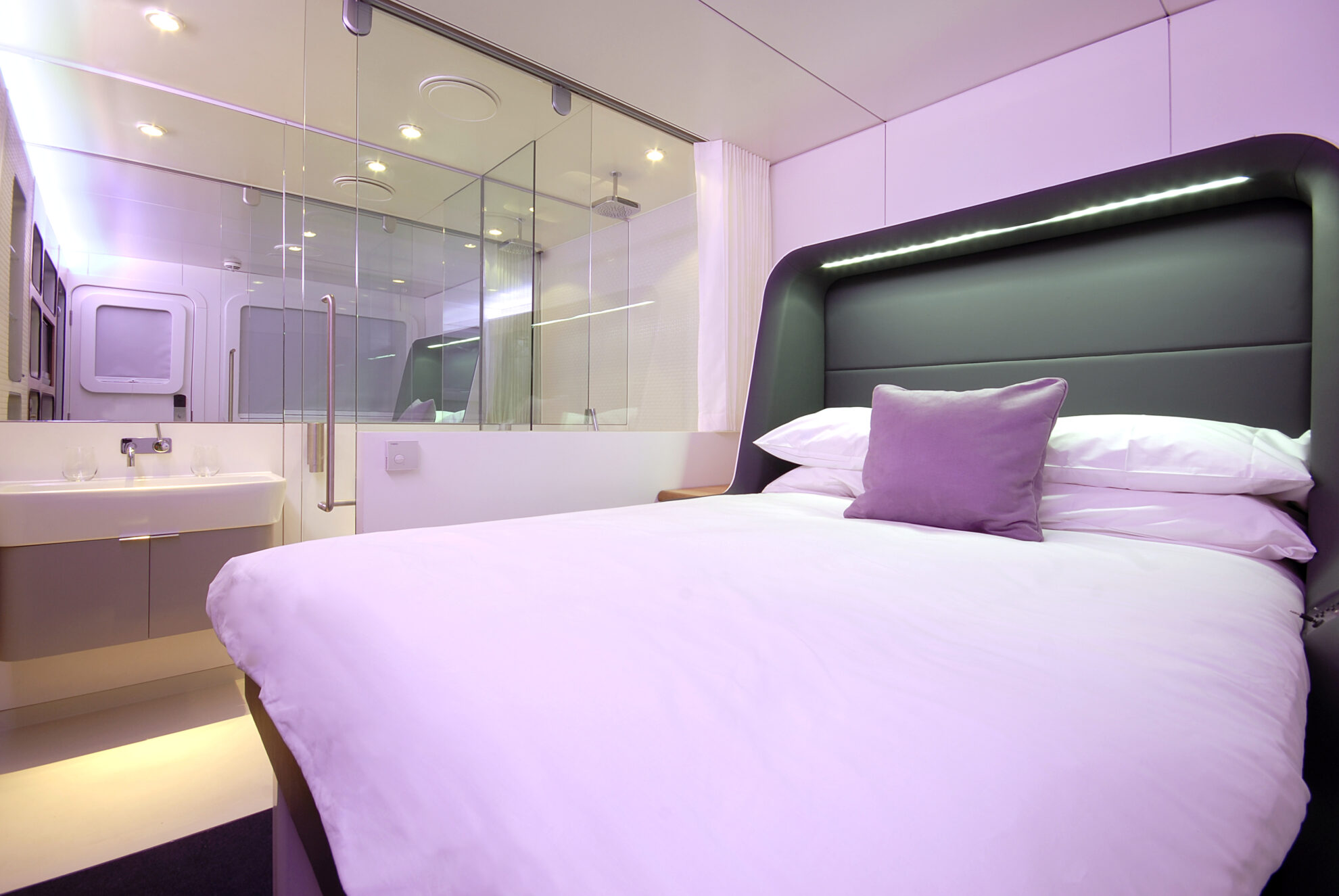 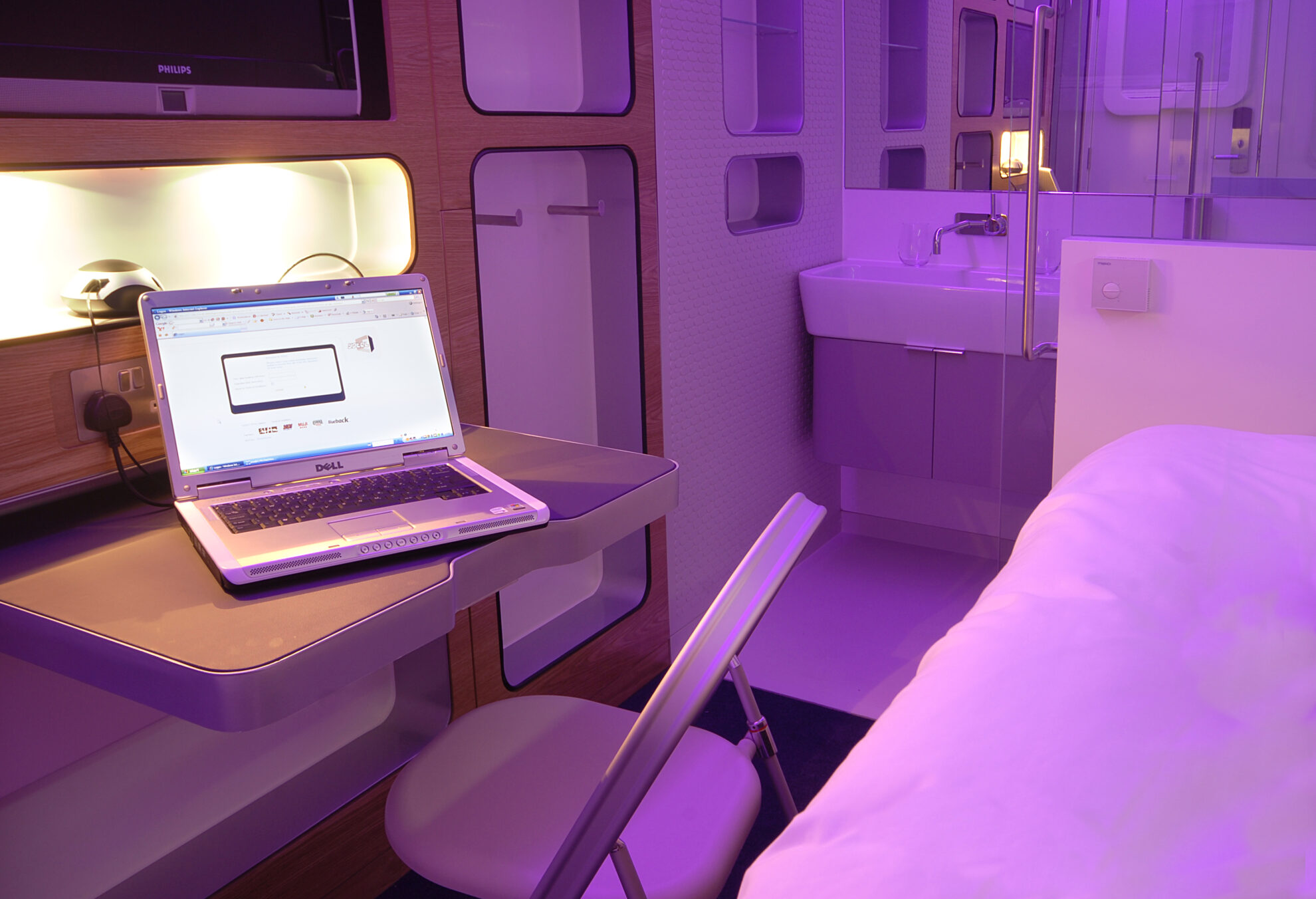 Since emerging in 2007, Yotel has three capsule hotels at airports (Heathrow, Gatwick and Amsterdam Schiphol), as well as a larger city centre version in New York, which has a robotic luggage storing system and rooms of a more generous size (pictured, from 16 sqm). 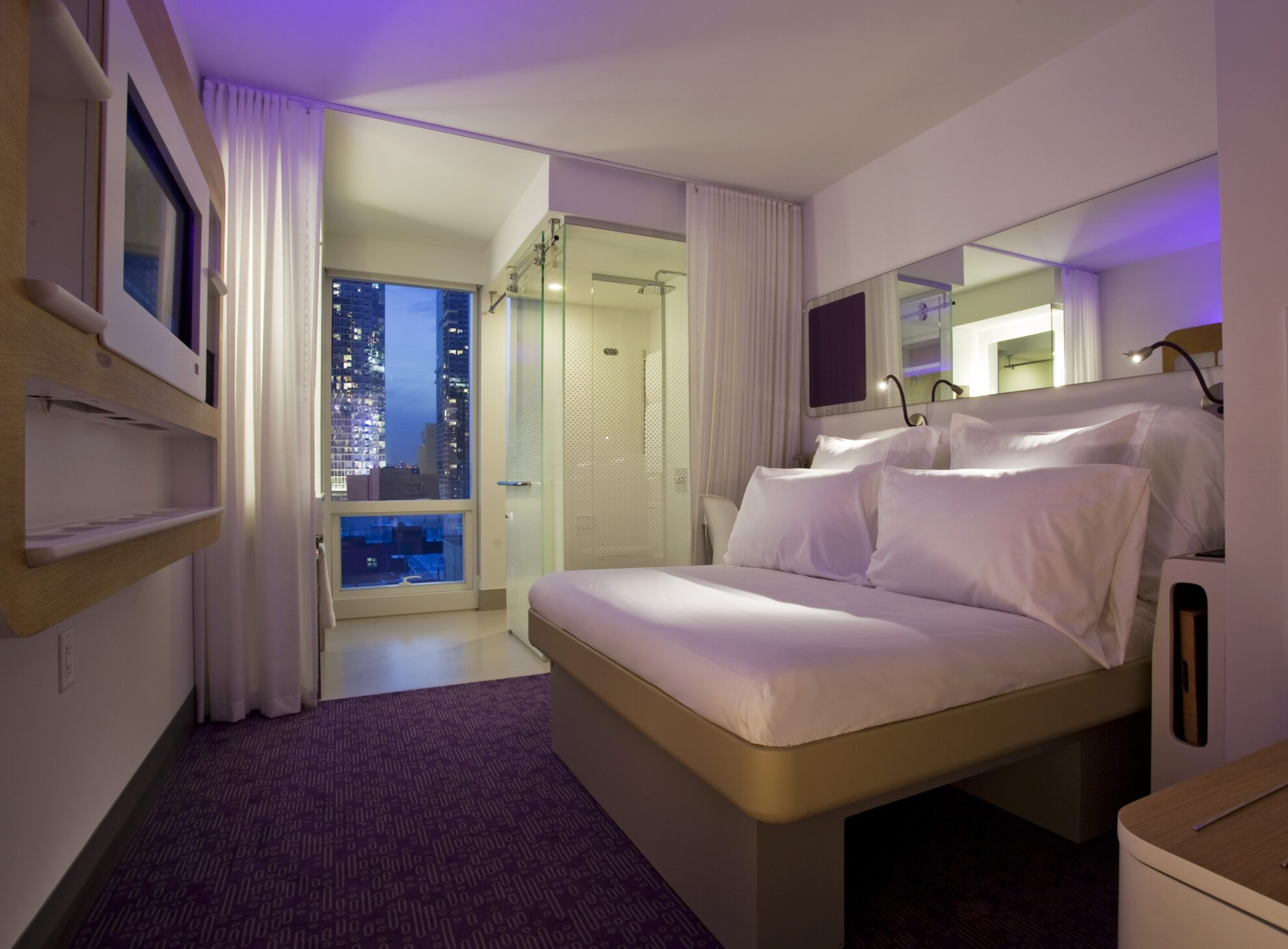 While airport properties don’t have much in the way of facilities (there is no restaurant on-site, for example, although you can order room service 24 hours), the New York Yotel has a gym, roof terrace and club lounge. It also has pretty cool-looking VIP rooms. 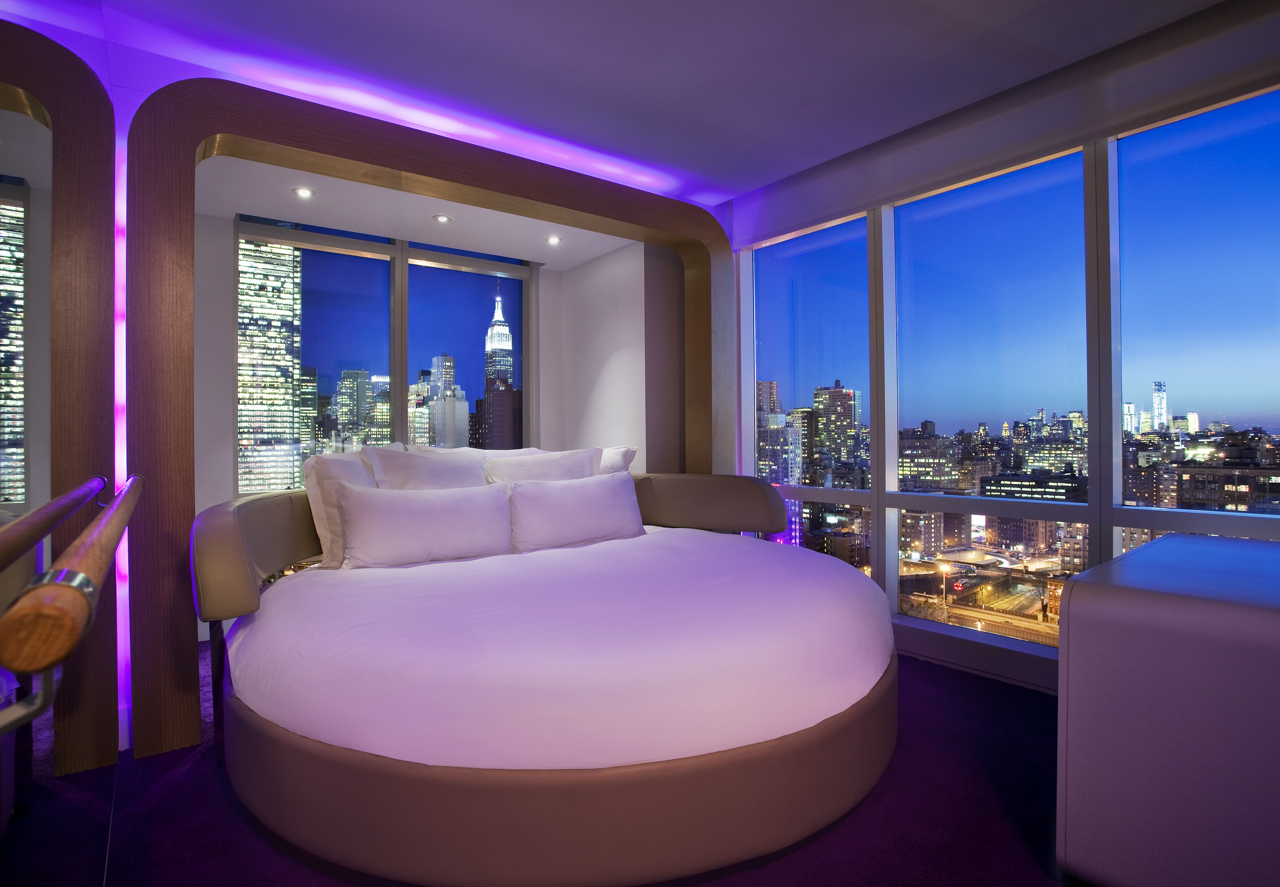 Yotels don’t have traditional staffed reception desks – instead, they sport self-service kiosks and you can pay for a room either for the night or for a four-hour slot at just over £30 (particularly handy at airports).

The economy concept will see two new airport hotels coming to Paris Charles de Gaulle next year and Singapore Changi in 2018 – the latter is considered the best aviation hub in the world. (Click here to read more about its plans for expansion.) 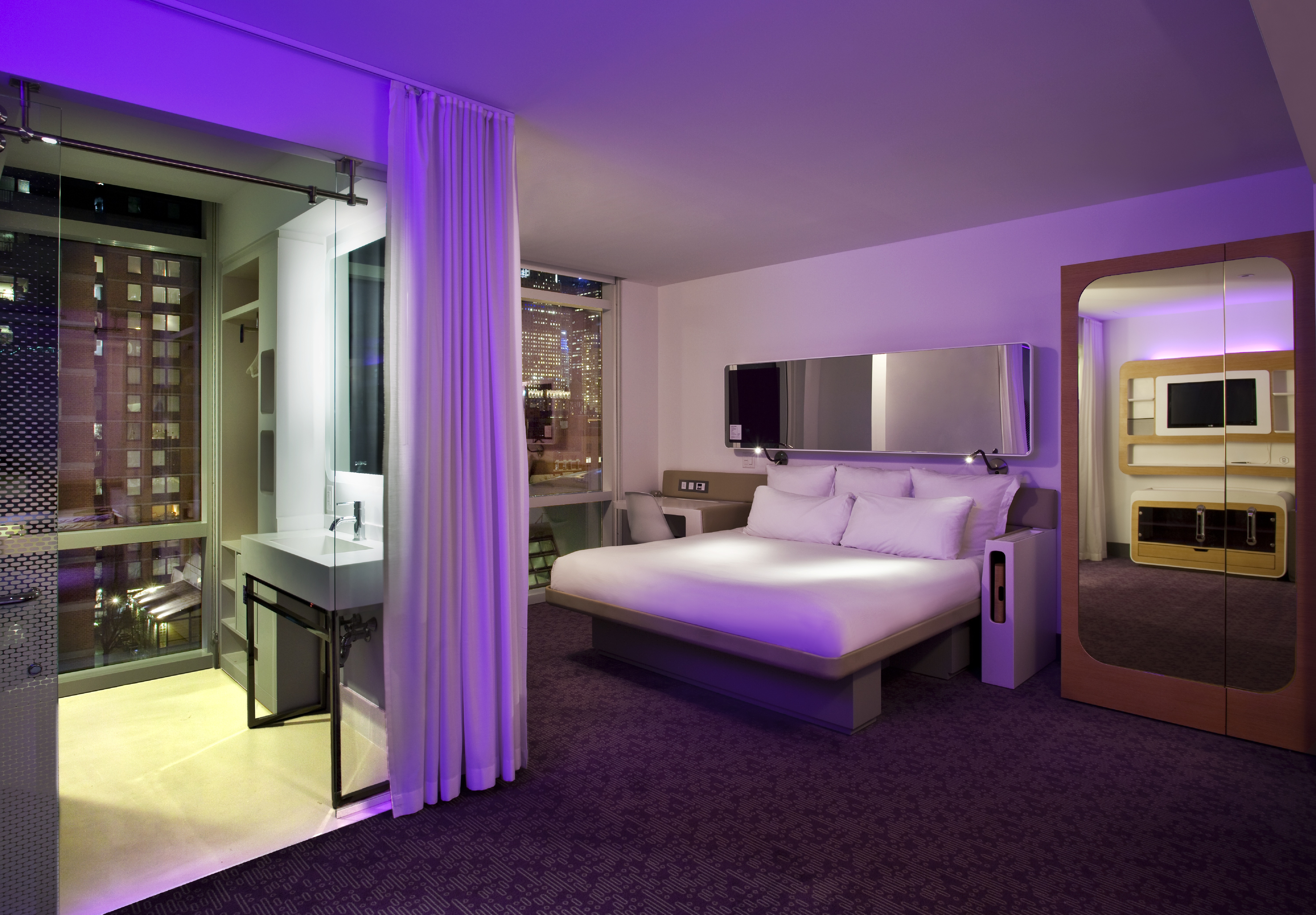 Yotel will also open downtown hotels in San Francisco, Boston, Miami, Williamsburg Brooklyn, Singapore and Dubai, and there will be “significant investments in Western Europe” with new sites “to be announced shortly” in Geneva and London. 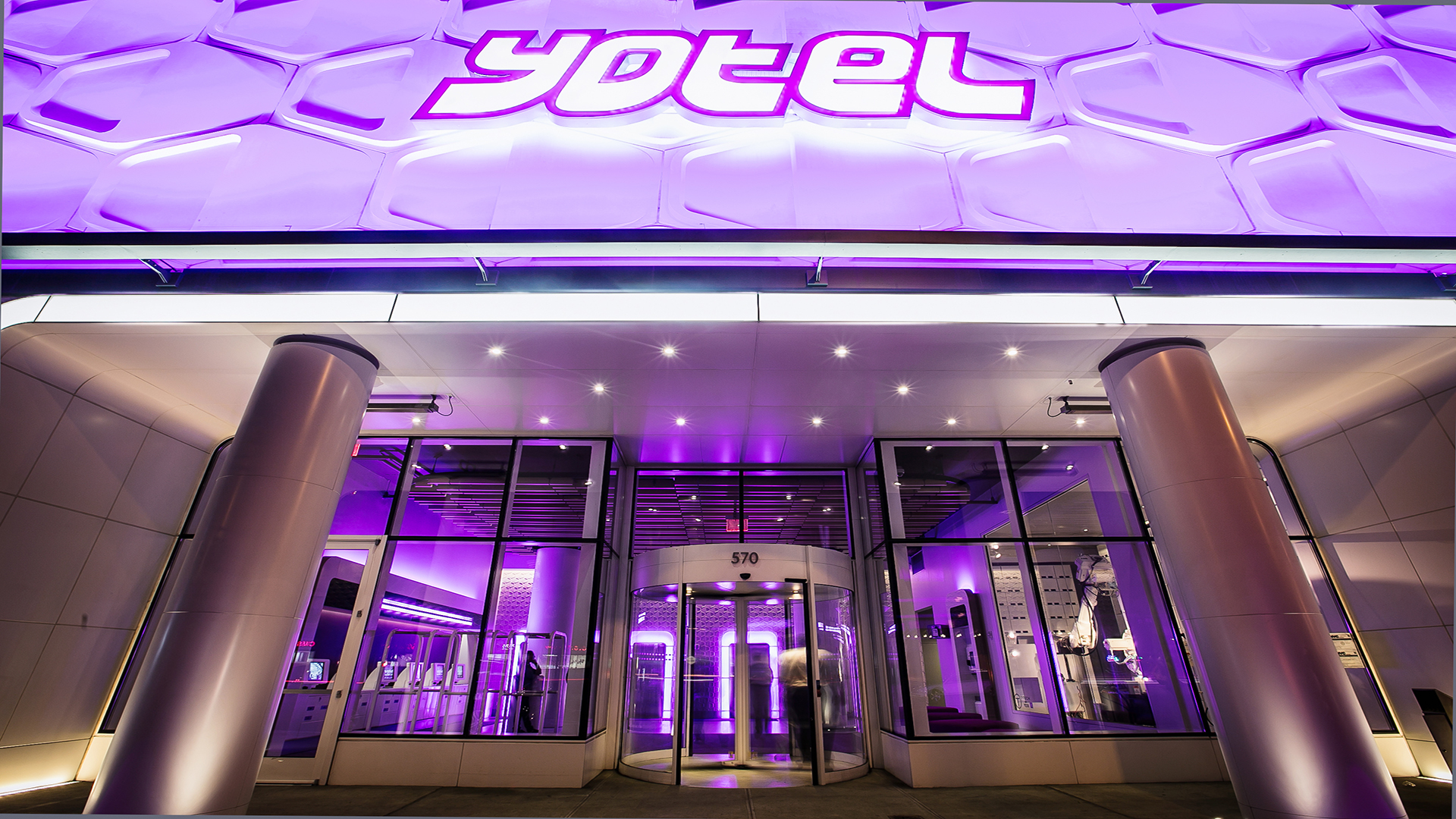 Hubert Viriot, CEO of Yotel says: “As with all our existing hotels, we will maintain our focus on innovative design and technology, striving to provide a superior, seamless and intuitive experience for our guests and to ensure each of our hotels has a sense of individuality that complements the local area in which they are built.”

Click here to read about sleep pods in airports.