The brainchild of three chefs from around the world, a new restaurant called Nolla is bringing ‘zero-waste’ dining to Helsinki. Emily Eastman reports

When chefs Albert Franch Sunyer from Spain, Carlos Henriques from Portugal and Serbian-born Luka Balac found themselves working alongside one another at former two Michelin star Chez Dominique (it has now closed) in Helsinki, it wasn’t long before an idea was cooked up. This idea resulted in Nolla.

A growing frustration at the amount of leftover food that went into the bin at restaurants was one of the catalysts for a pioneering restaurant concept – zero-waste dining.

The idea became reality following successful pop-up events and a crowdfunding campaign that generated almost €100,000 to permanently set up a restaurant. The first Nolla opened temporarily in 2018, with the new permanent site arriving in Helsinki’s Design District in July 2019.

Nolla (meaning “zero” in Finnish) is the Nordic region’s first zero-waste restaurant, and the concept isn’t just a nod towards the sustainability movement that has seen restaurants the world over adopt reusable or biodegradeable straws. 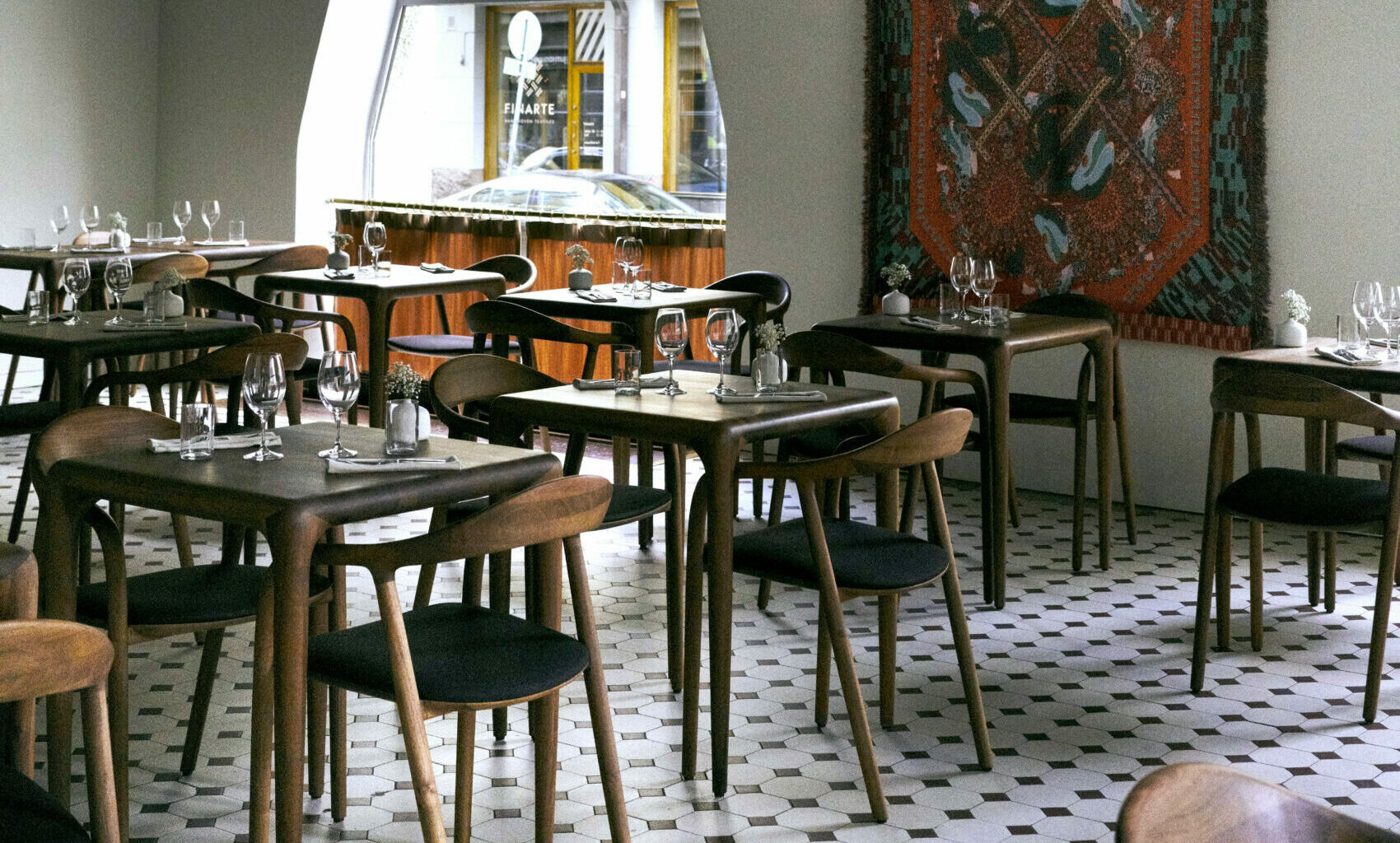 It is a new way of running a restaurant, and Nolla’s three co-owners are committed to their zero-waste policy – so much so that the kitchen doesn’t even have a bin. The trio’s philosophy is “Refuse, reduce, reuse, and only as a last resource, recycle”.

Nolla doesn’t accept any produce that comes in single-use packaging. Local producers supply the ingredients, which are used head to tail, and dishes are local and seasonal.

Leftover food goes straight into a composter, which processes 28kg of leftover food overnight. Any biowaste that can’t be used is turned into soil and returned to the farms, and the cycle continues. 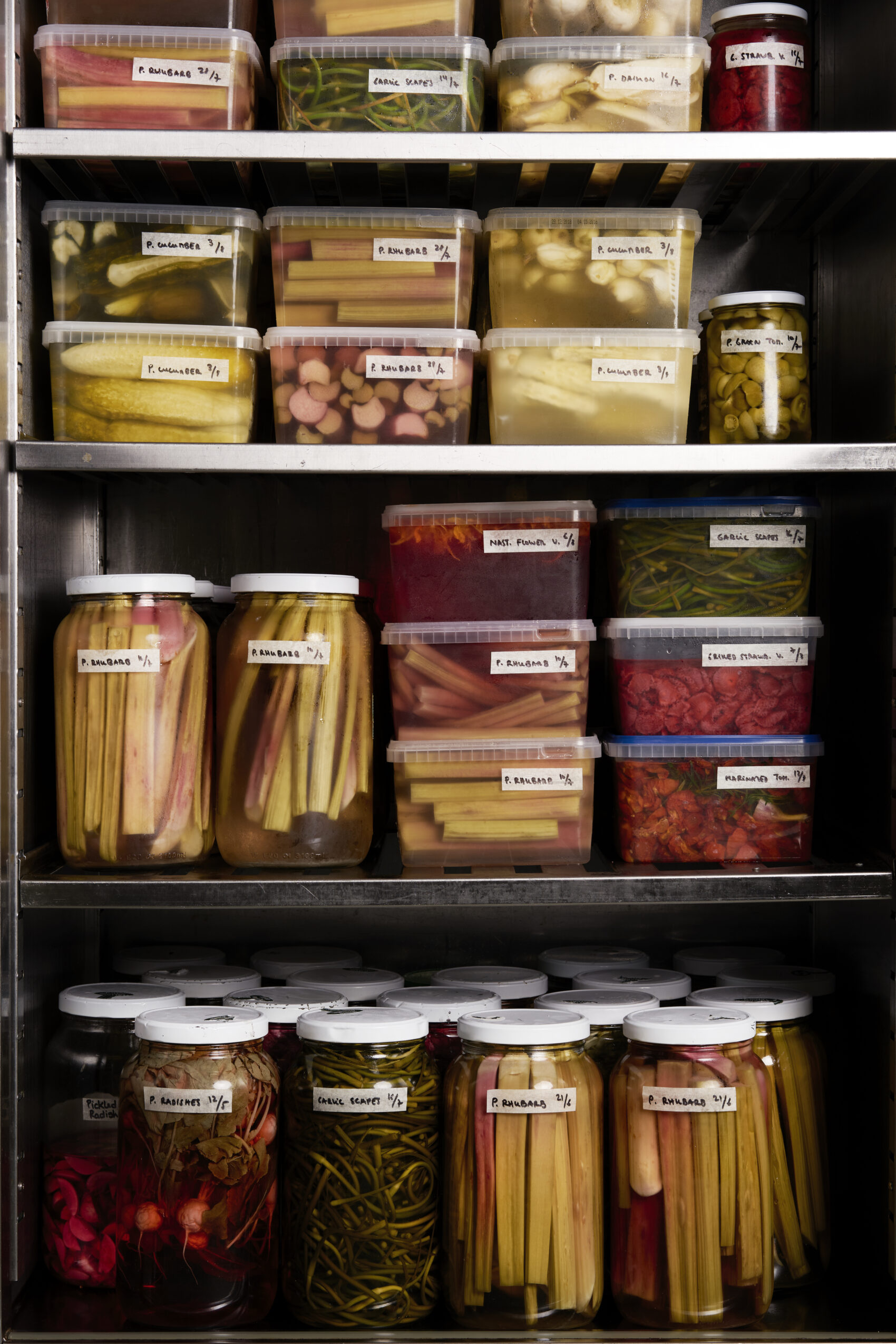 Technology is also used to track food waste and the data informs future menus. Almost no spices or pepper are used in the kitchen, as the co-owners are yet to find a way to source these without creating waste.

Each day’s dishes – carefully planned set menus of four or six courses priced at €48 and €59 respectively – are displayed on chalkboards. Finnish fish and organic ingredients take centre stage. Only wine and olive oil is sourced from abroad.

What might you order at Nolla? Tomatoes with raspberry and chilli, courgette flowers and goat’s cheese, pea royale with grilled gem lettuce and lardons, fermented paprika, parsley and cured white fish, and grilled duck with oyster mushroom and spring cabbage. 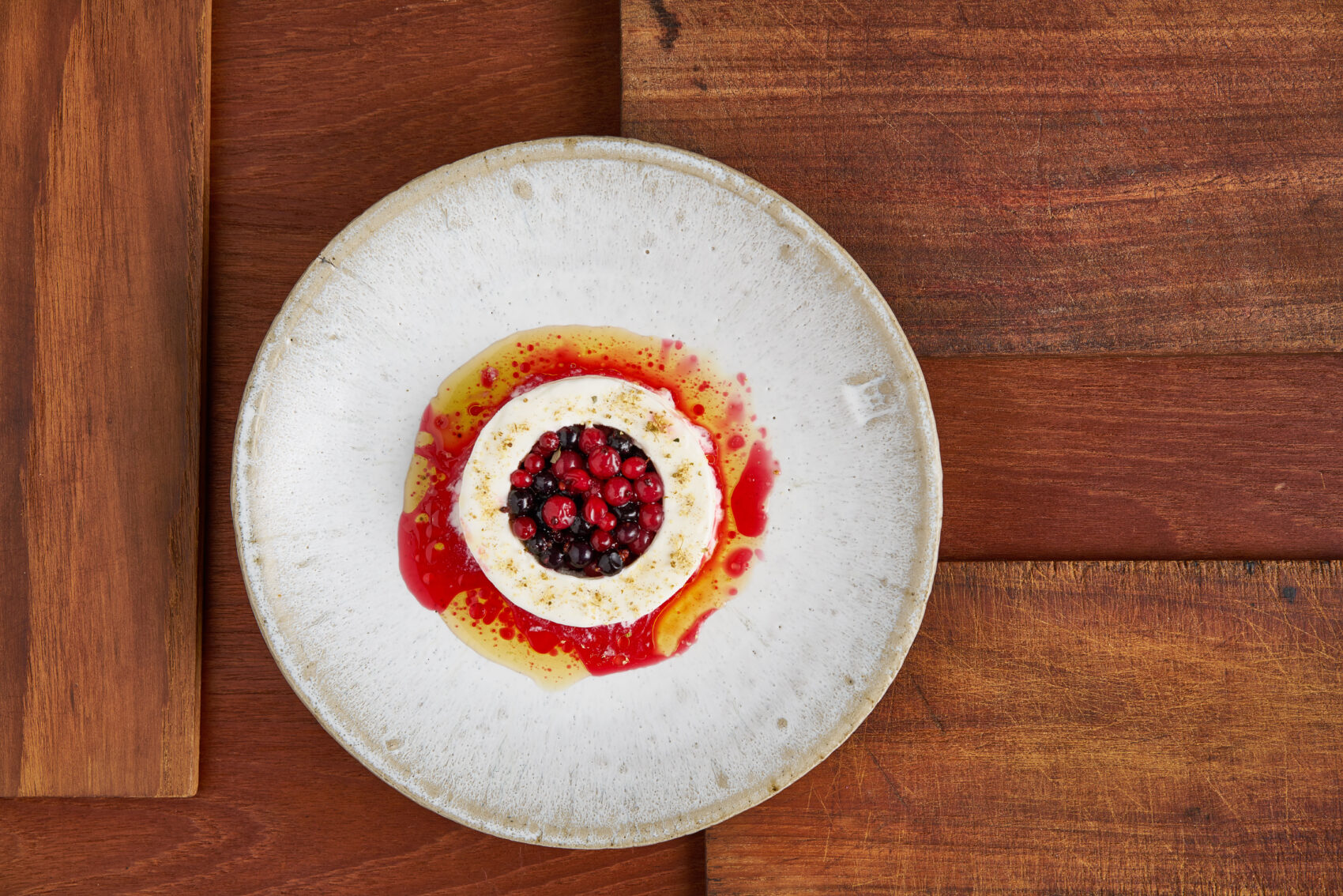 Meanwhile, staff wear aprons tailored from recycled bed sheets. An in-house brewery turns food waste into craft ales, gift cards are made from compostable paper (embedded with seeds so that diners can grow their own poppies) and drinks are served in repurposed glass bottles. 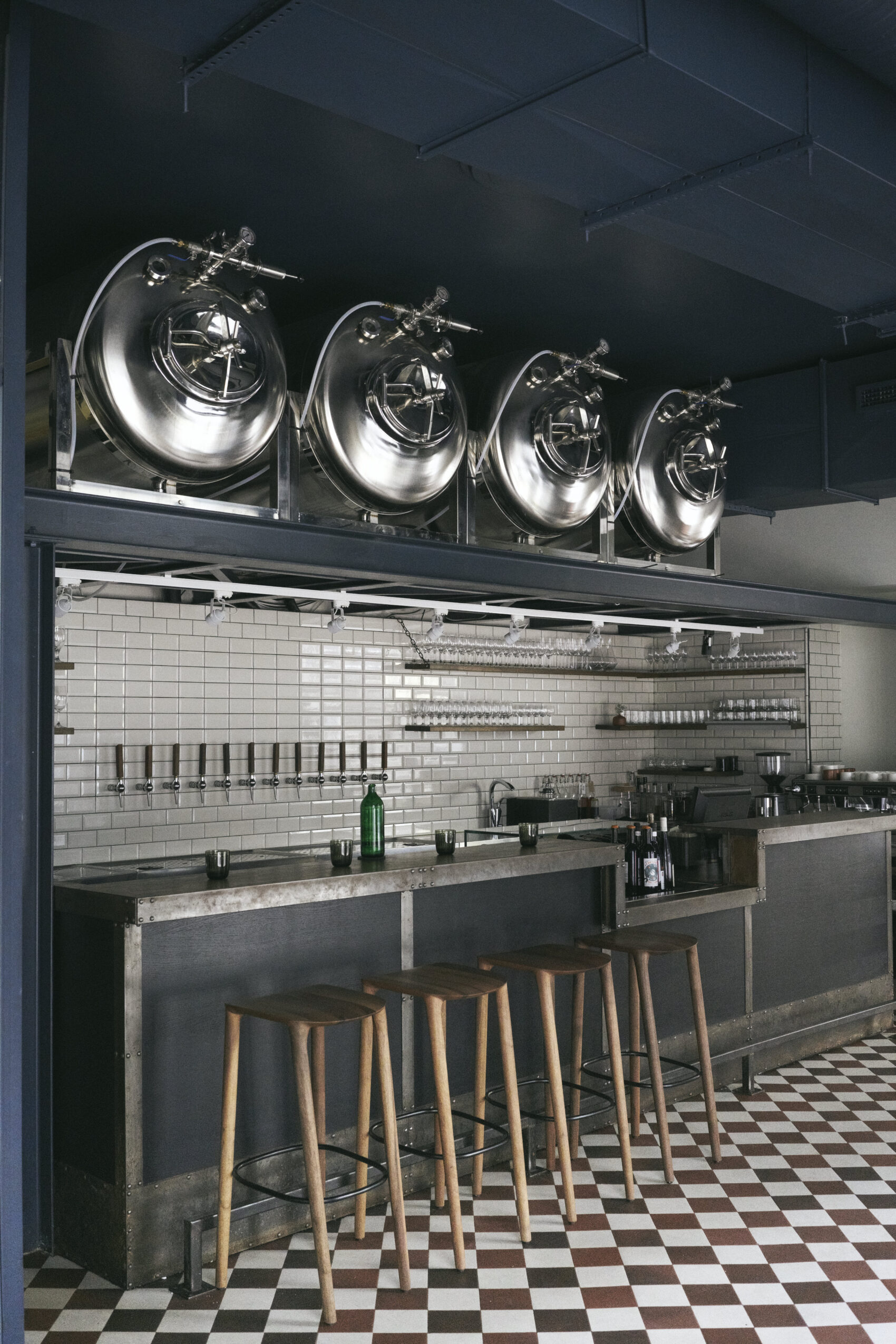 The interiors reflect the notion of simplicity – large windows filter in natural sunlight, framing the large chalkboard menu and illuminating the wooden tables and chairs. In the evenings, low lighting creates a cosy atmosphere.

For something executed so well, it remains a mystery as to why more restaurants aren’t adopting Nolla’s approach.

Speaking to The Independent, Henriques said he can count on one hand the number of zero-waste restaurants in the world. New York’s Blue Hill, Copenhagen’s Amass, and Silo, the former Brighton restaurant that’s upping roots for London this month, share Nolla’s commitment to sustainability, but in a world where a third of food is lost between farm and table, four is a paltry number. (Globetrender has also reported on Cub in East London, which is “low waste”.) 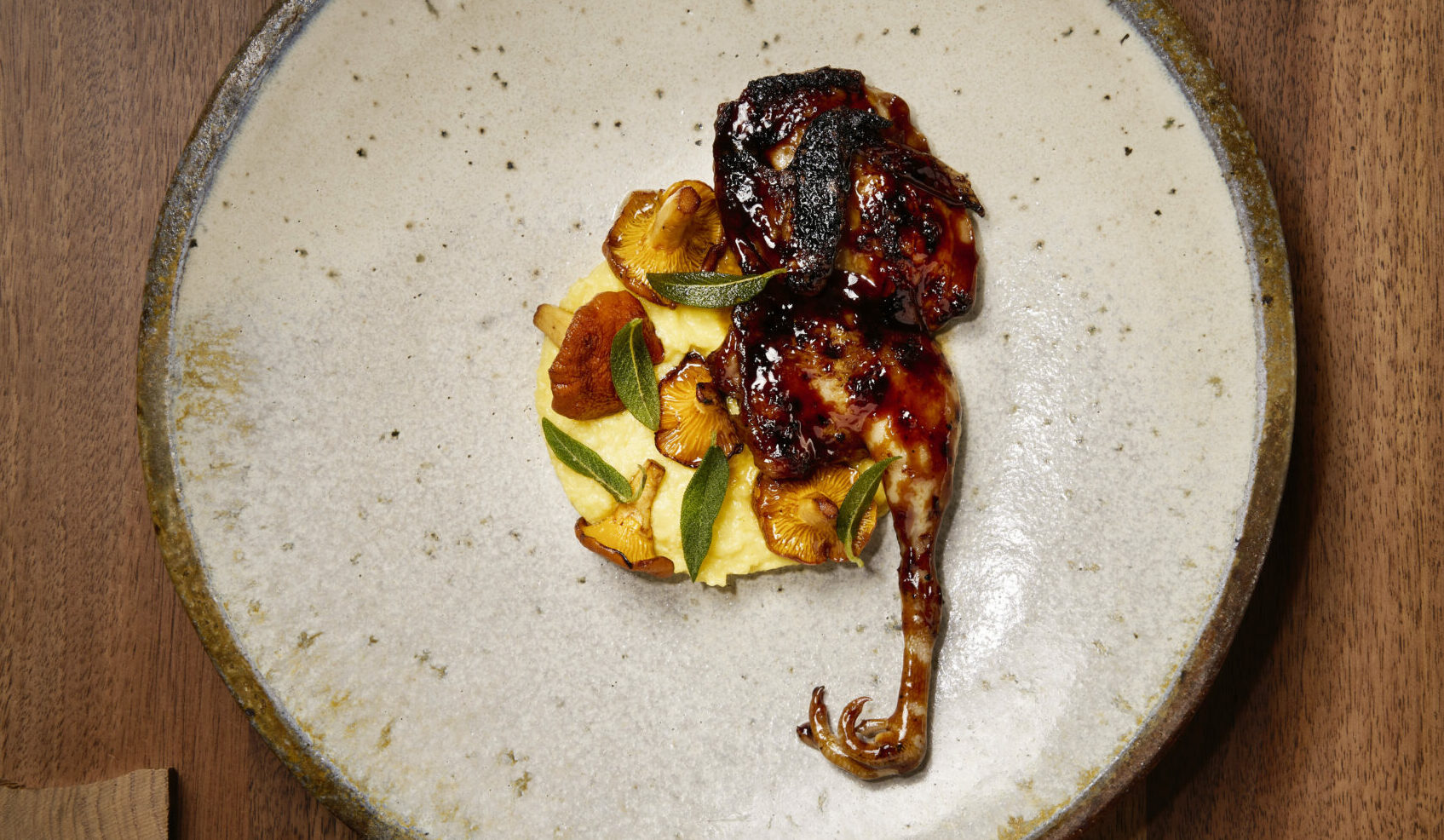 Nolla’s driving force was a desire in Henriques “to have a higher mission than just good food”. He told The Independent: “I’m trying to leave the world a better place than when I started.” And that extends to sharing their experience and knowledge with other restaurants. “Eventually we will develop software to teach other restaurants how to use a composter too.”

Despite its hard-line approach in the kitchen, Nolla’s zero-waste philosophy isn’t forced down the throats of diners. “We don’t preach,” Balac told Fast Company. “We keep it as a restaurant, and we think people should relax and enjoy it.”

He says other restaurants can easily implement Nolla’s approaches into their own supply chain. “Just asking for what you want can make a big difference,” he says. “After two weeks, [the changes in restaurant practices] didn’t feel like an extra thing. It was a part of our routine.”