Is the 1 Hotel West Hollywood the world’s most sustainable city hotel?

Described as a ‘sustainable city sanctuary’, the new flagship 1 Hotel West Hollywood is decked out in salvaged pine, has beehives, an organic vegetable garden, living walls of plants, carpets made from ocean waste plastic, an electric Tesla courtesy car and zero-waste dishes on the restaurant menu. Anthony Pearce reports

Formerly the Jeremy hotel on Sunset Boulevard, the 1 Hotel West Hollywood opened in the summer and is a full-blown transformation of its predecessor (in fact it is the first new build in the area for 30 years), taking inspiration from “the raw natural beauty of the Southern California landscape,” the company says.

There are living walls of foliage (a 1 Hotels signature) and planting both inside and out that includes both tropical and native varieties such as yucca, fiddle leaf fig, Asplenium ferns and Senecio succulents. 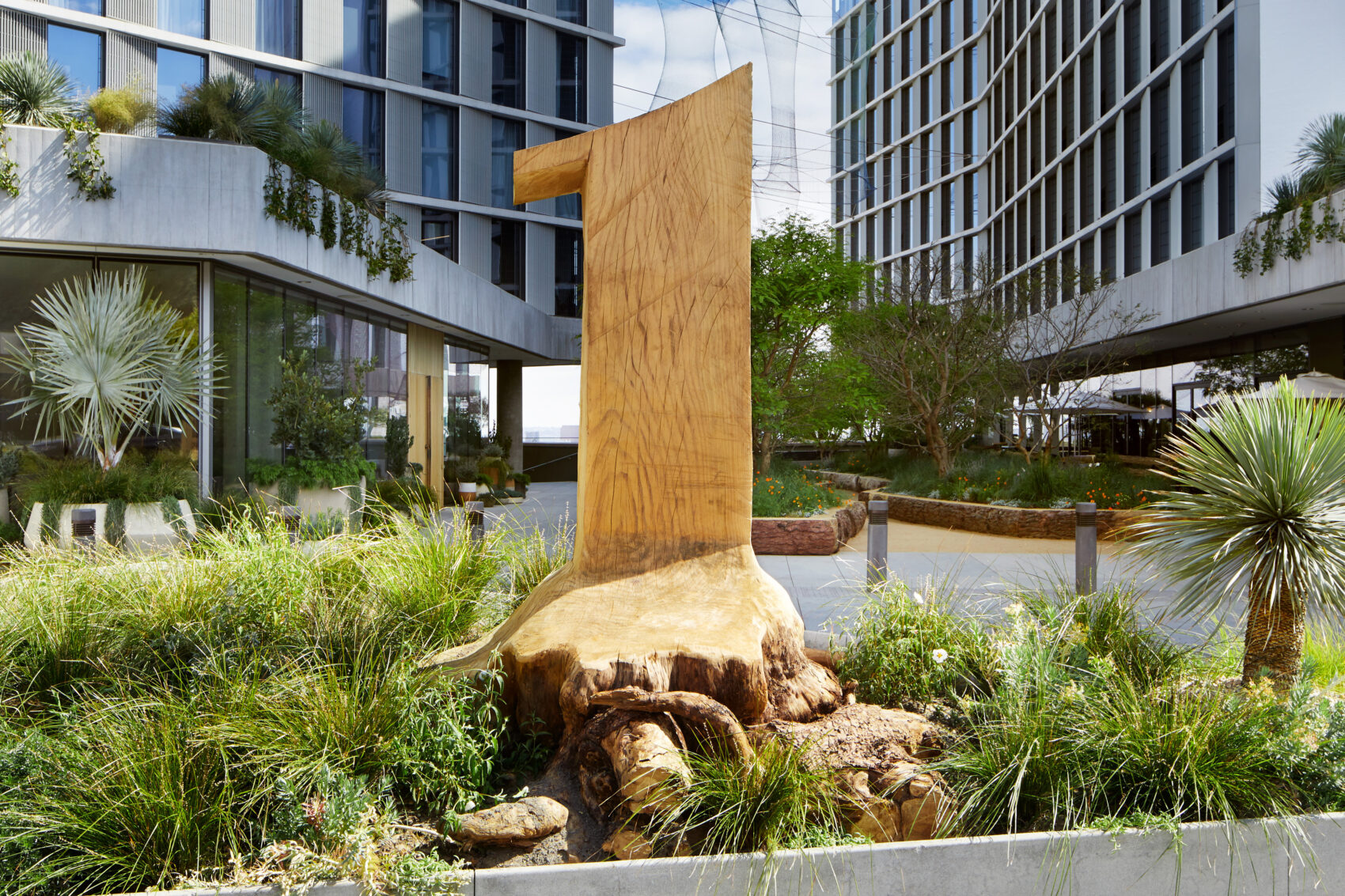 There is also energy-efficient zoning of air conditioning and LED lighting – with an Energy Star score of 95, the 1 Hotel West Hollywood is one of the most energy-efficient hotels in Los Angeles.

Meanwhile, the reception desk is crafted from wood sourced from naturally fallen Aleppo pines, the courtesy car is a cutting-edge electric Tesla, all single-use plastics are banned and the property’s mantra (stamped on biodegradeable room keys) is “recycle everything”. 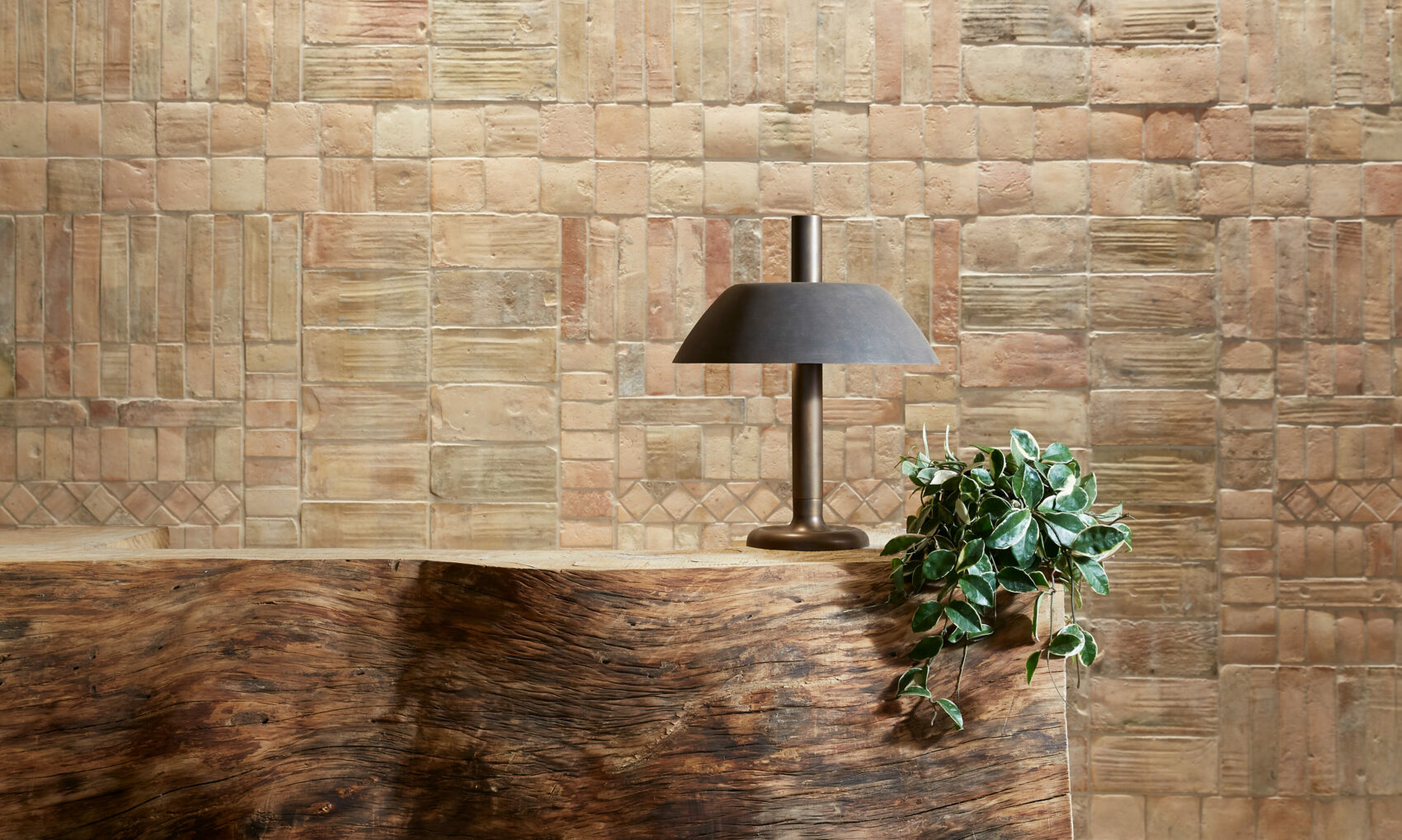 Rooms feature eathern plaster walls, slate ceilings and repurposed pine headboards. Just like in other 1 Hotels, there are hangars made from repurposed wood (or cardboard), filtered water taps (instead of bottled mineral water), clothes recyling bins, chalk slates instead of paper notebooks and organic cotton linens on the bed. Shower products are in refillable bottles and there are egg timers to remind people not to waste water. 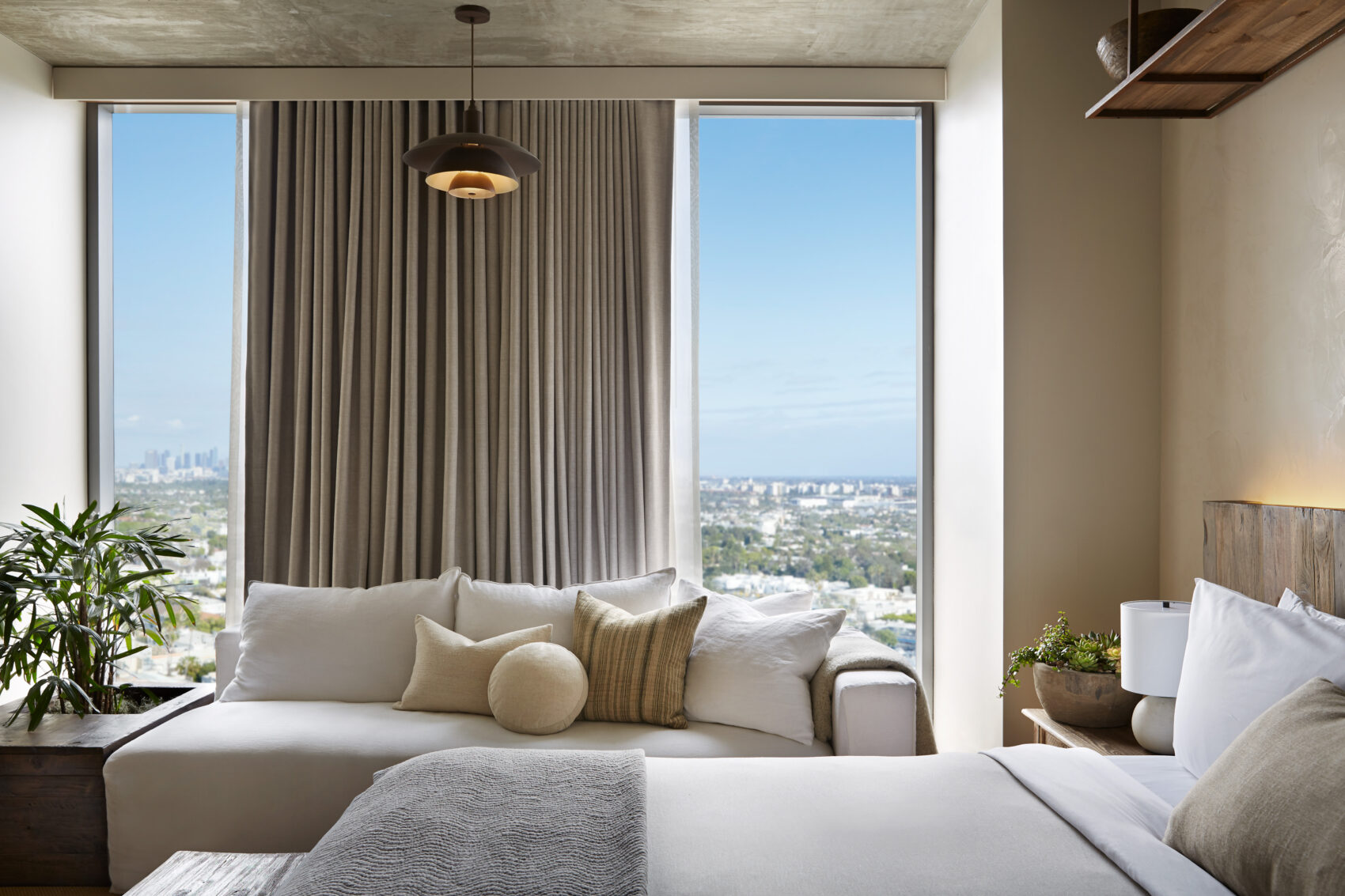 The 1 Hotel West Hollywood is located at the base of the Hollywood Hills, and offers views spanning downtown to the left and Santa Monica to the right. There 285 guestrooms and suites, and a rooftop plunge pool and lounge deck.

There is also a restaurant, 1 Kitchen, where executive chef Chris Crary has created a selection of zero-waste dishes such as Heirloom tomatoe panzanella salad, turmeric ricotta and beetroot, and “bycatch” of the day fish.

1 Hotels Founder and CEO, Barry Sternlicht, says: “1 Hotel West Hollywood will undoubtedly set a new standard for luxury hotel experiences in Los Angeles while staying true to our mission of inspiring conscious consumption. Now, more than ever, the idea of living well includes protecting the natural beauty around us.” 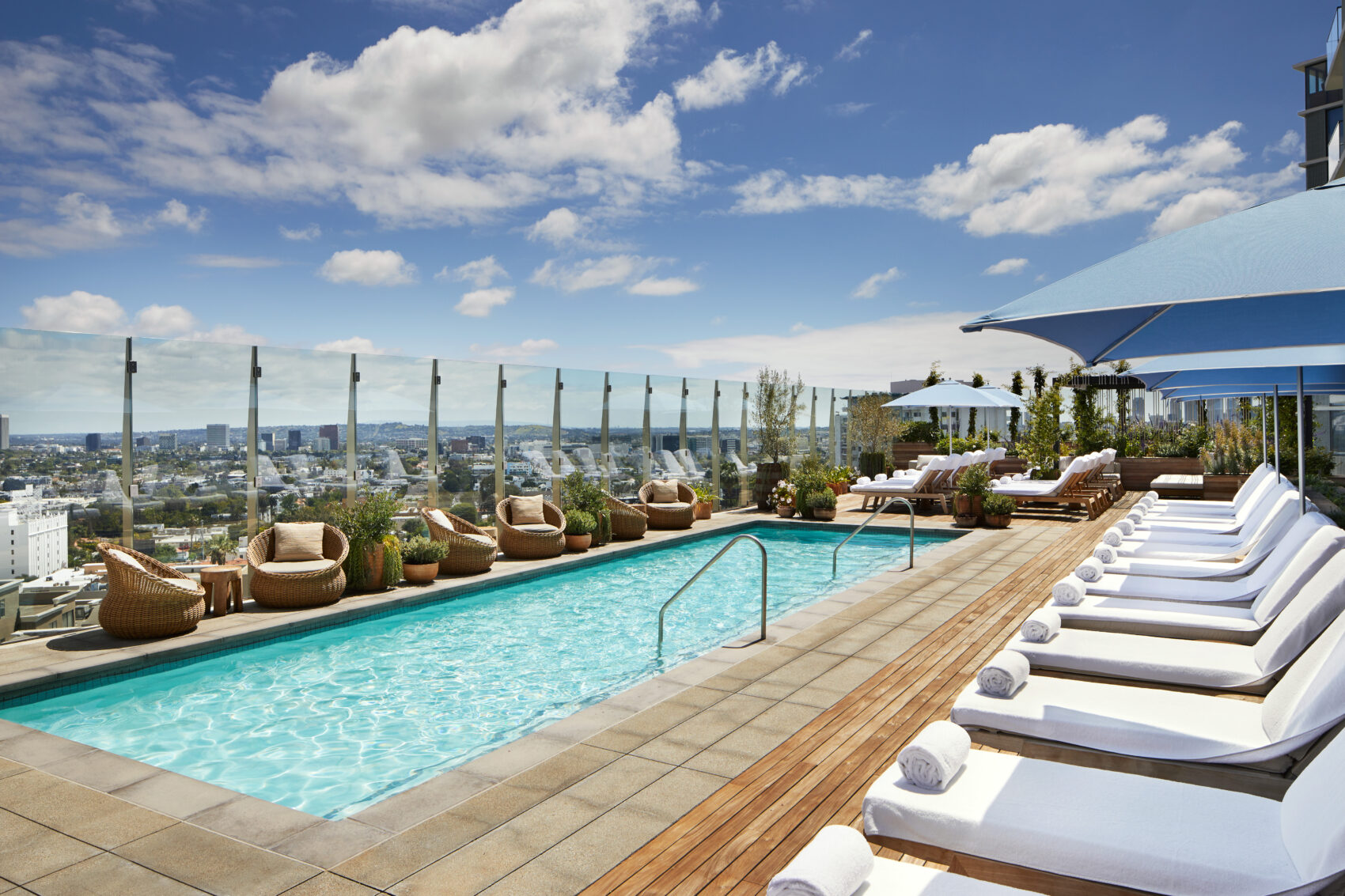 1 Hotels is a leader in sustainable luxury hospitality and, since launching in 2015, has three other hotels – two in New York (Central Park and Brooklyn Bridge), as well as one in Miami. Its eco partners include the Leonardo DiCaprio Foundation, Oceanic Global, AgroSci and Citymeals on Wheels, which donates food to the elderly.

President of parent company SH Hotels & Resorts, Arash Azarbarzin, says: “The local community is integral to our growing footprint on the West Coast. From design and culinary to retail partnerships and beyond, 1 Hotel West Hollywood will be a sanctuary for guests and visitors alike to reconnect with nature.”

1 Hotels will also be opening Sanya in China, Cabo San Lucas in Mexico, Toronto, Sunnyvale in Silicon Valley, Kauai in Hawaii, and London.

Meanwhile, sister brand Treehouse opened in London this month. Here, there are “resident horticulturalists” who give tours of local gardens, a “robust” composting and recycling programme, and a commitment to keeping single-use plastics to a minimum.