“The building is greatly inspired by bricks, which leads to the use of different forms of vaults in architecture. Bricks are in fact commonly seen locally, most buildings on the site and in adjacent villages are made of bricks,” Trace Architecture Office told Dezeen. 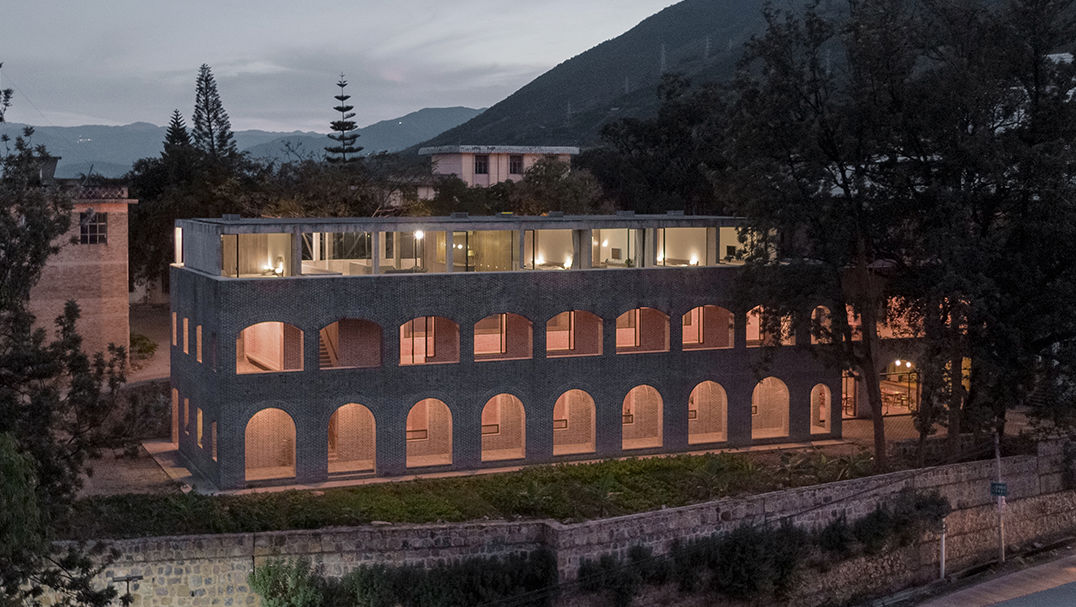 The site’s original structure, an abandoned cinema built in the 1980s, has been renovated to create an auditorium and museum space. Covered walkways connect it to three courtyards, giving the Xinzhai Coffee Manor a monastic vibe. 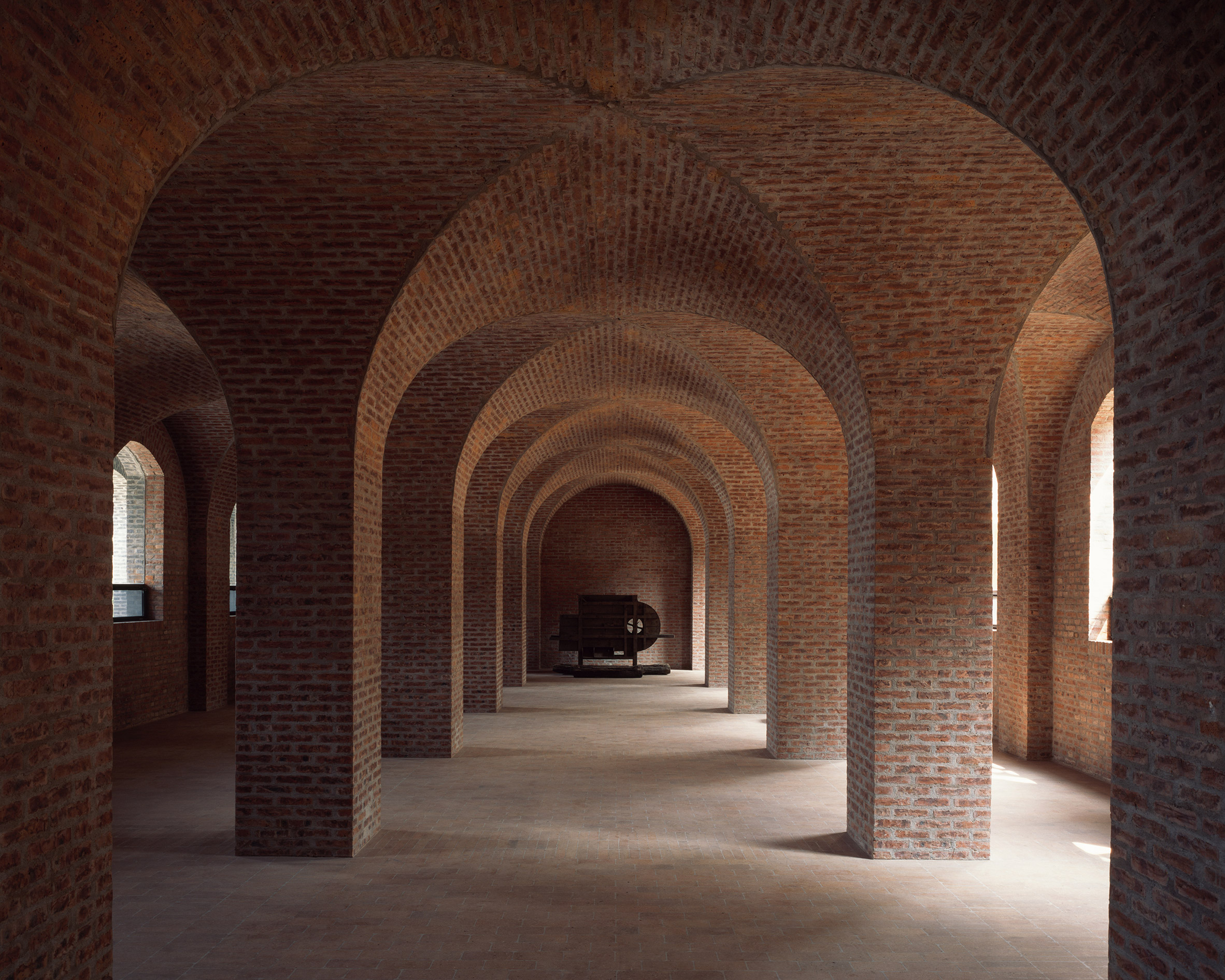 A cafe offers visitors the chance to sample arabica coffee, which is historically grown in the area. Nearby, a working kiln still produces grey bricks. 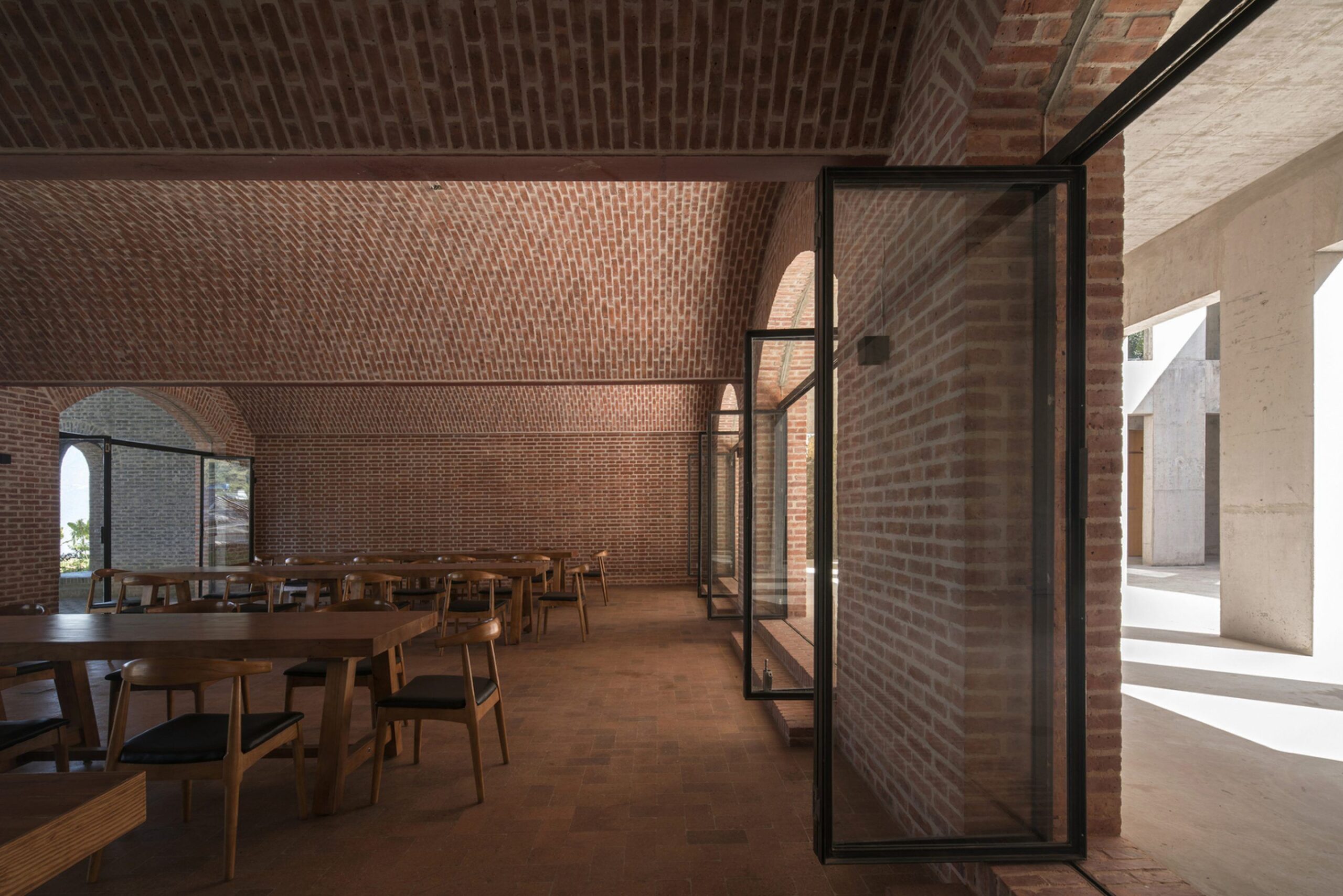 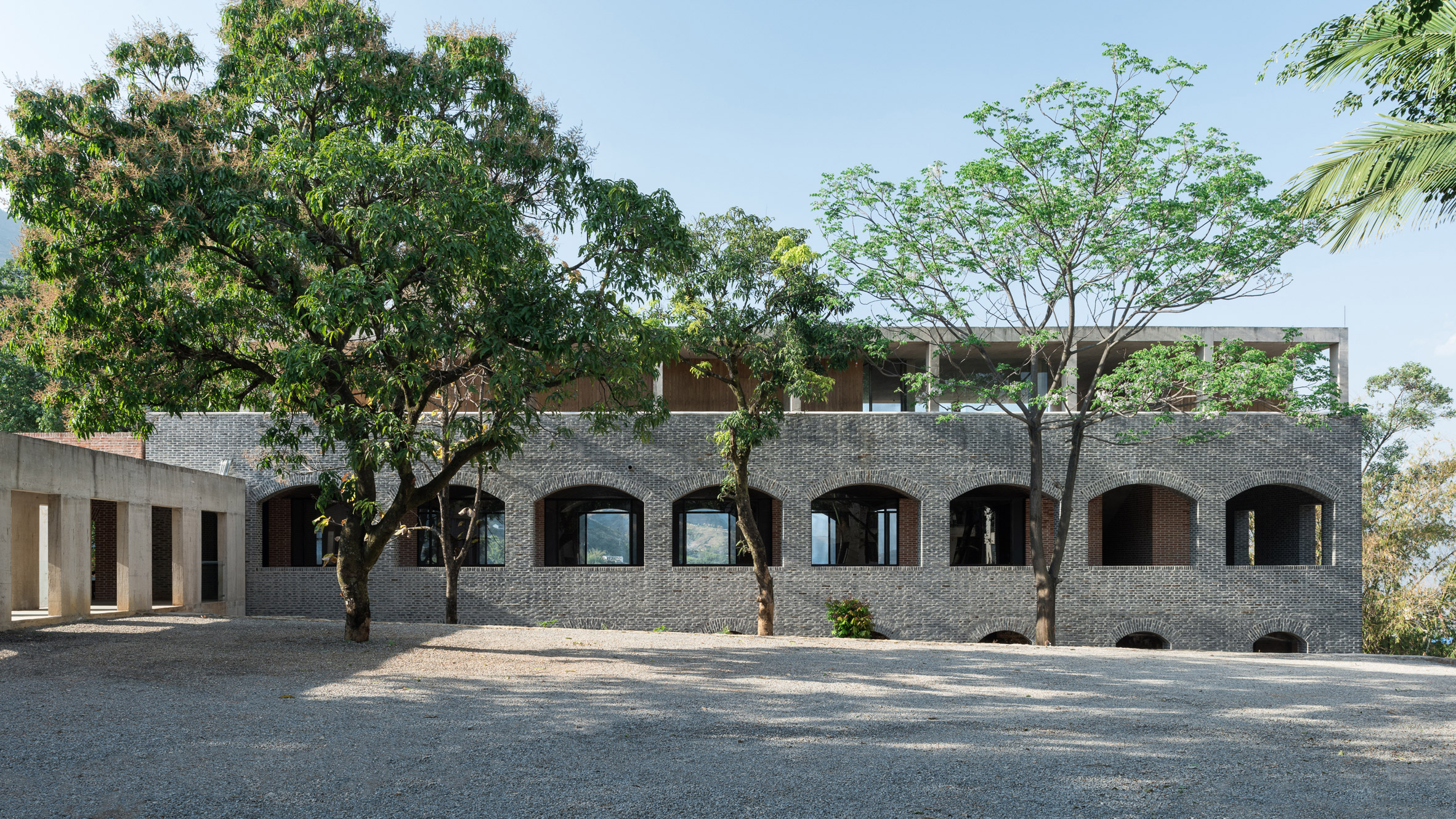 The central level houses roasting and packaging. Long steel beams and one-way brick vaults open up the space for processing activities, which visitors can observe from adjoining corridors.

Hotel rooms sit at the top, where large windows maximise panoramas of the Nuijiang valley and neighboring Gaoligong mountain. 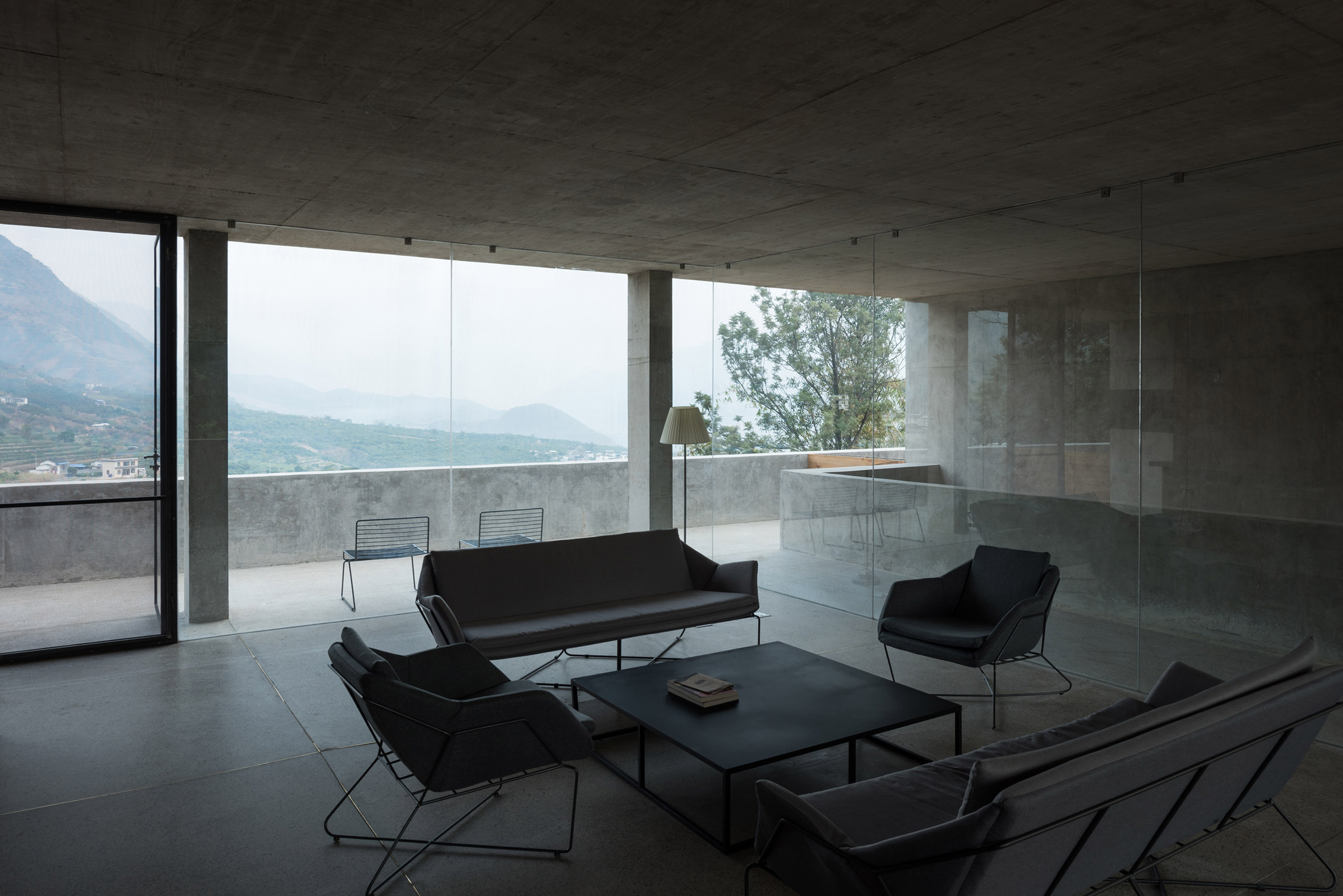 Contrasting the brick below, concrete frames are designed to provide a “gradual transition from heaviness to lightness, responding to diverse needs from storage, processing to views,” explains Trace Architecture Office.

“The design begins with a perception of the site and reflections on the material, while its core is the characteristic of place it aims to create – belonging to the earth or leading afar to horizon”, the firm says. 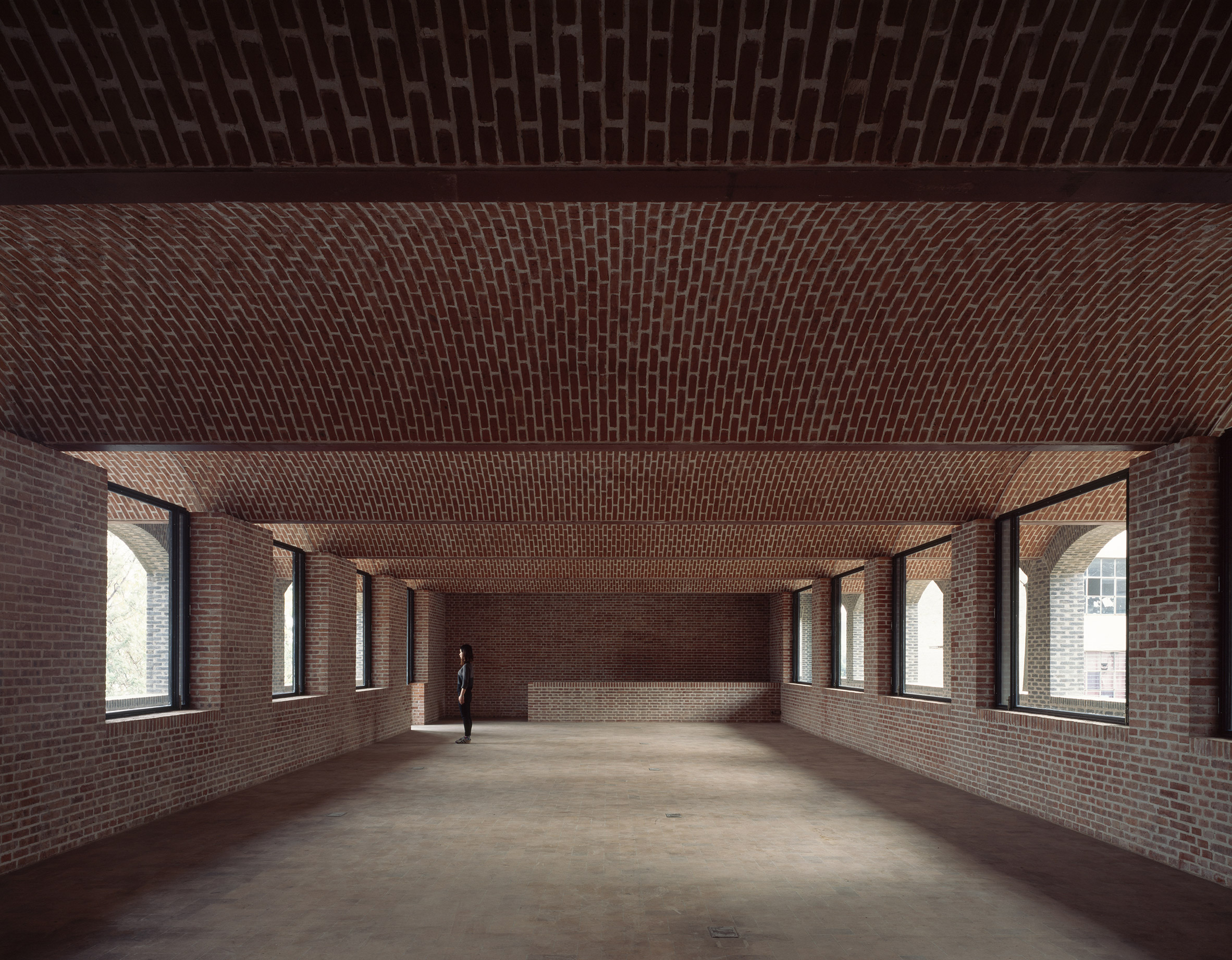 Situated on a plateau at the center of Bawan village, visitors climb a winding road to reach the quiet, tree shaded site.

The region is visited for hiking and trips to Tengchong Thermal Sea Scenic Area and Hotsprings. Completed last year, before the onset of Covid-19, developers hoped that Xinzhai Coffee Manor would beat the curve of mounting tourism infrastructure.

“Resort development is growing in the countryside area in China, it’s an evolution and transformation,” Trace Architecture Office told. “New architecture in the rural space is transforming the area and enriching the local culture.”

Although China is closed to foreign tourists at the moment because of the Covid-19 pandemic, an upswing in domestic travel to countryside locations has been observed as locals emerge from lockdown.